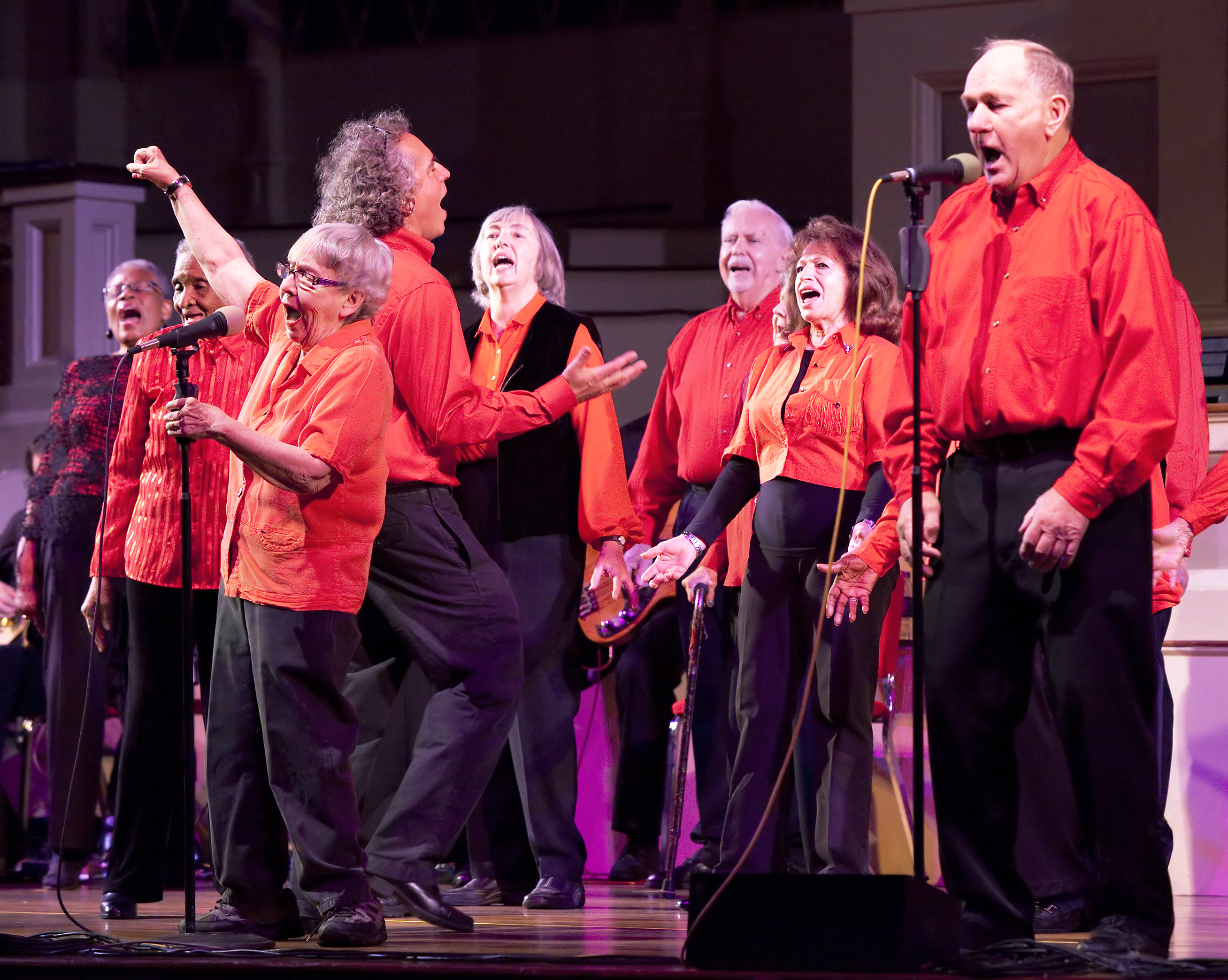 [email protected], a choir comprised of singers between the ages of 73 and 89, will perform a rock ‘n’ roll repertoire at Royce Hall today.

Steve Martin grew up with a love for music but always turned a deaf ear to rock ‘n’ roll. The bands drowned out the singers, and the words weren’t clear. He had jazz, dixie, opera, rhythm and blues, and his children could listen to the Beatles, as long as they stayed in their room.

But when the 82-year-old read his first Nirvana lyrics 10 years ago, it was like tasting ice cream for the first time.

“Music that I always turned away, all of a sudden I understood,” he said. “It doesn’t mean anything until you get the story printed in front of you and you say, “˜Wow, this really means something.'”

For the past 10 years, Martin has been a singer with [email protected], a choir comprised of performers from 73 to 89 years old that specializes in rock “˜n’ roll. The group performs numbers from bands such as The Clash, Outkast, The Rolling Stones and Coldplay and will be bringing their youth and energy to Royce Hall today.

The group is performing with Sonos, an L.A. a cappella group comprised of UCLA alumni. The event is part of UCLA Live’s Design for Sharing program, which allows students in Los Angeles Unified School District to attend free performances at UCLA, according to Meryl Friedman, director of education and community programs for UCLA Live.

Martin said he believes [email protected] shares the message that the elderly have something to offer ““ that seniors shouldn’t quit their lifestyles and love for music with age.

“Now, you know, time restraints are not as tied up with family affairs or social affairs, so you have this wonderful opportunity with reaching back and getting the rust off your vocal pipes,” he said.

The group has its roots in Northampton, a small arts town in western Massachusetts. When director Bob Cilman co-founded the group in 1982, he was interested in learning songs his singers grew up with. But when they ran out of material, he introduced music he listened to during the ’60s.

“They come from a period where lyrics were central. I focused on the melody (in the 1960s), so it’s great to hear people bring out lyrics in a way you haven’t heard them,” Cilman said.

At first, learning the music was overwhelming, said Claire Couture, 74, who joined the group a year and a half ago. Cilman only gives the singers the lyrics while the band plays the music, which forces them to interpret the song themselves.

The first song they tried was “Let it Be.” Even though it was hardly recognizable, Cilman said he was mesmerized. Because the group doesn’t have the same history that goes with the music, they’re able to bring out different aspects of the song, he said.

“You just steep yourself in the music and learn it from the inside out, and it seems to mean so much more,” Couture said. “They’re songs that our children were singing and we didn’t want to listen to. … They have so much meaning that we never realized.”

She said in addition to pursuing her love for music, a big part of her motivation to join [email protected] was the people.

[email protected] has performed all over the world and started becoming popular in the U.S. after a British filmmaker’s documentary on the group won Best International Feature at the 2007 Los Angeles Film Festival in Westwood.

Cilman said he and the band members bring music for the group to try, pulling songs from the radio, the sounds of their generation and sometimes his daughter’s iPod.

“We’re such a youth-oriented culture. … People forget that there’s something really beautiful and brilliant about aging,” he said. “(It inspires people) that you can find something that’s really powerful at the end of your life.”