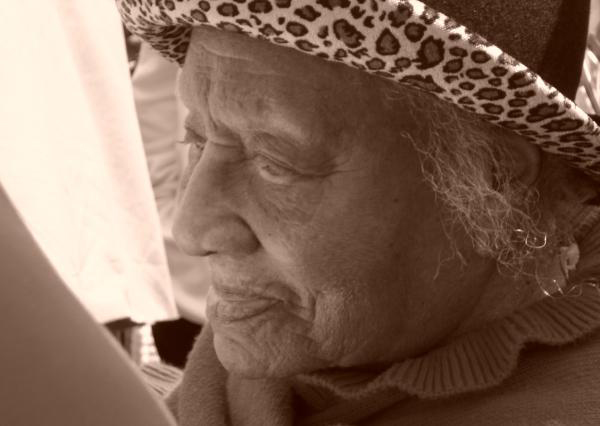 Gertrude Baines, a 115-year-old woman who was recently autopsied, was one of 77 living supercentenarians in the world ““ people aged 110 or older.

Baines was one of the current 77 validated living supercentenarians in the world, a group including any person aged 110 years or older. She died Sept. 11, 2009 from Senile Systemic Amyloidosis, as determined by the UCLA’s Department of Pathology and Laboratory Medicine of the David Geffen School of Medicine.

“Supercentenarians appear to escape from the common diseases that kill ordinary people, such as heart disease, cancer, stroke and diabetes, but there’s another form of the grim reaper waiting in the wings,” said L. Stephen Coles, director and cofounder of the Gerontology Research Group.

Senile Systemic Amyloidosis is a common cause of death among supercentenarians. The mechanism involves a slow process in which a native protein called Transthyretin, which transports thyroid hormones to the body, becomes increasingly unstable. As humans age, the carrier protein begins to unravel and misfold, sticking to the inside of blood vessels and restricting blood flow. As a result, the heart undergoes hypertrophy, growing and working harder in an attempt to compensate, Coles said.

The consequence of this process includes the symptoms of congestive heart failure, but without an autopsy, the attending physician would never know the underlying cause, Coles said.

The Gerontology Research Group seeks to study supercentenarians’ causes of death, as well as to observe them while they are alive.

UCLA has autopsied about half a dozen supercentenarians, said Michael C. Fishbein, chief of decedent pathology.

For living supercentenarians, Coles has researched roughly 15 or 20 cases in the last 10 years, traveling to places like Seattle, Portland and Montana, he said.

Coles began to follow Baines’ life three years prior to her death. Like with all of the supercentenarians he has looked at, Coles obtained Baines’ complete medical history, examining her family and social history such as diet, religion and occupation. He also video-recorded the medical examination to observe mental capacity.

“We want to discover whether there are some common elements to help explain why supercentenarians have managed to live so long,” Coles said. “They might have some bad habits, but they share good genes.”

Supercentenarians vary greatly in their social histories. Some drink and smoke heavily, yet still live for a long time. However, there appears to be a connection in their family histories in that their first-degree relatives live to an old age, Coles said.

The Gerontology Research Group looks into this and other issues in addition to hosting guest gerontology lecturers each month. There is an online discussion group of 250 members and more than 50 international correspondents.

These correspondents obtain and often translate the documents needed to classify someone as a supercentenarian. Of these, a birth certificate, census data and a photo are needed. If even one document is missing, which is sometimes the case in underdeveloped countries, a person cannot be considered a supercentenarian, Coles said.

There are probably 30 or 40 people with incomplete documentation who are likely supercentenarians but cannot obtain that official classification, Coles said.

As a result, no supercentenarians are found in Africa, India, China or South America, some of the most populous regions of the world.

“The official number of supercentenarians is really an underestimate because of all of the people that we don’t know about,” Coles said.

UCLA’s research on supercentenarians will be submitted to a medical journal for publication.

These autopsies are for instructive purposes, to help researchers to learn and teach, Fishbein said.

“Now that we’ve started this research, we can draw attention to Senile Systemic Amyloidosis and we can try to find a cure for this disease,” Coles said. “Maybe supercentenarians could live healthy even longer.”