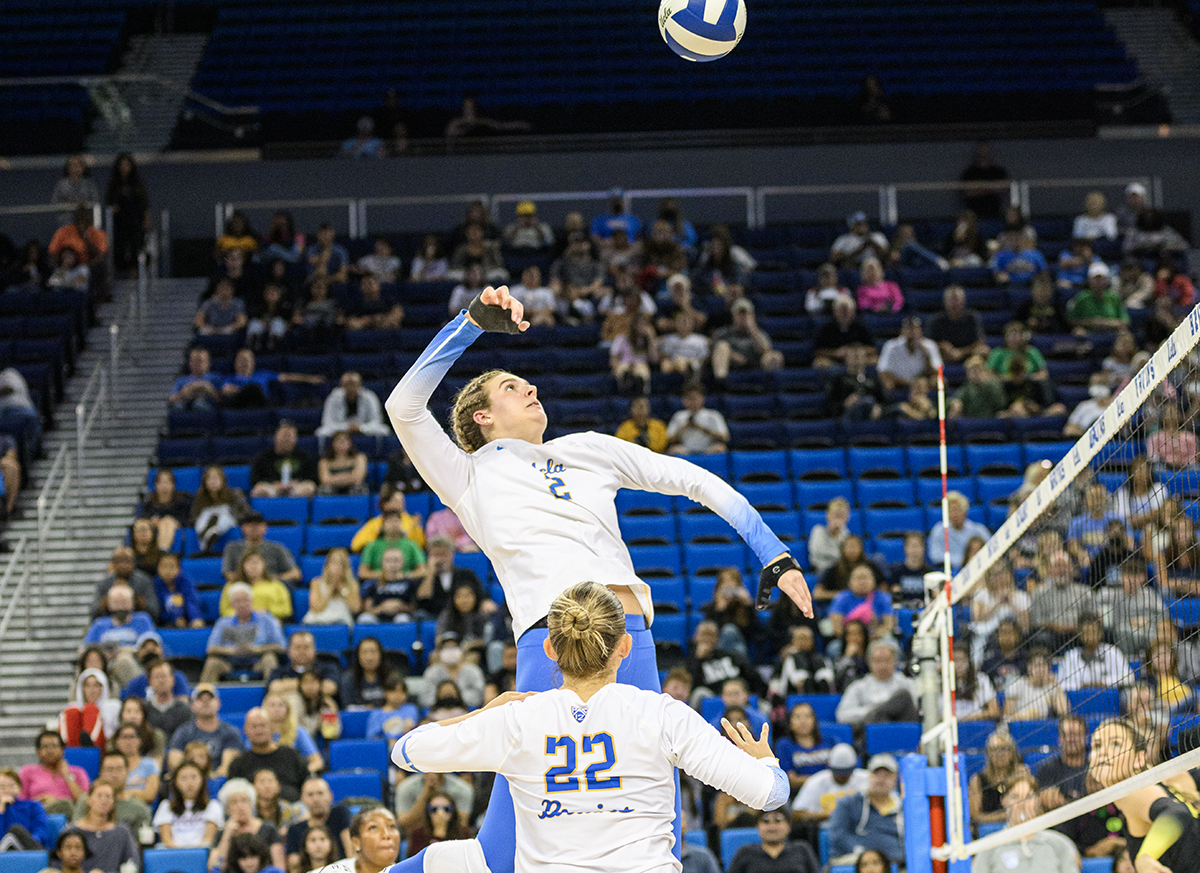 Redshirt junior middle blocker Anna Dodson hits a kill. Dodson came back after an injury to get a combined 24 kills in the Bruins’ split matches against Colorado and Utah. (Alex Driscoll/Daily Bruin staff)

The Bruins’ fourth sweep of a Pac-12 team this season came against a familiar foe.

UCLA women’s volleyball (11-10, 5-7 Pac-12) took down Utah (13-10, 6-6) in three sets midday Sunday in Salt Lake City. This victory came after the blue and gold previously lost to Utah in four sets at Pauley Pavilion on Sept. 30 and on the heels of a four-set loss to Colorado on Friday.

Coach Michael Sealy said one of the setbacks the Bruins have faced this year has been injuries and other disruptions that have led to roster turnover. Sealy said his team’s focus leading up to this game was on improving its own play, not on how it had previously fared against Utah.

“We have a whole new team, right?” Sealy said. “We’ve had so many different lineups. It has been great for everyone to get a chance to play, but our focus is really on our side of the net.”

One of the injured players was redshirt junior middle blocker Anna Dodson, who returned to play against Colorado on Friday after being out since Oct. 16. Dodson was one of three Bruins to record double-digit kills against Utah with 13 on the day after earning the first double-double of her career two days prior.

She also posted the best hitting percentage for UCLA at .478 on Sunday, her second-highest of conference play this season.

“I’m very grateful that I was able to come back and play this weekend,” Dodson said. “It’s just great to be back with the team and back on the court with everyone.”

The beginning of the first set was a back-and-forth affair, with both teams trading leads and neither leading by more than three points. But a string of errors by Utah allowed UCLA to go on a five-point run, establishing an 18-13 lead en route to an eventual 25-18 victory in the set.

The Bruins were able to hold the Utes to a .094 hitting percentage in the first set and outplayed them on defense, posting six blocks to the Utes’ two.

Sealy said the Bruins’ ability to clean up their play as the set went on was critical to the initial victory.

“I don’t think we played very clean the first 15 points of the game, but then we kind of settled in,” Sealy said. “It was nice to not play great but still be in the set.”

The second set saw UCLA hold Utah back even more, as the Bruins held the Utes to a .054 hitting percentage and once again outpaced them on blocks with five to two. Like the first set, UCLA emerged victorious 25-18.

Sophomore outside hitter/opposite Charitie Luper – who recorded a team-high 15 kills on the day – said cleaning up the little details has been a focus in practice leading up to this weekend.

“We’ve been really practicing the specific little things like hitting high,” Luper said. “Making sure we do that in practice really helps us make sure we do it in the game.”

Luper’s performance on the night comes after a match-high 17 kills against Colorado, when she also posted a block and eight digs.

The Utes played the Bruins closer in the third set, at one point holding a 15-10 lead and hitting .375. A string of kills by the Bruins, however, allowed the visiting team to cut the deficit and ultimately tie the game at 24 apiece.

An attack error from Utah and a final kill by Dodson gave UCLA the two-point advantage and its first victory this season over a team ranked higher than it in the Pac-12 standings.

Dodson said the Bruins’ comeback was a testament to the improvements they have made throughout the season.

“Coming back to still win was a great feeling,” Dodson said. “That’s something I know we have in our toolbox but haven’t had for a couple games.”

UCLA will be back in Pauley Pavilion to take on Arizona and Arizona State on Friday and Sunday, respectively. 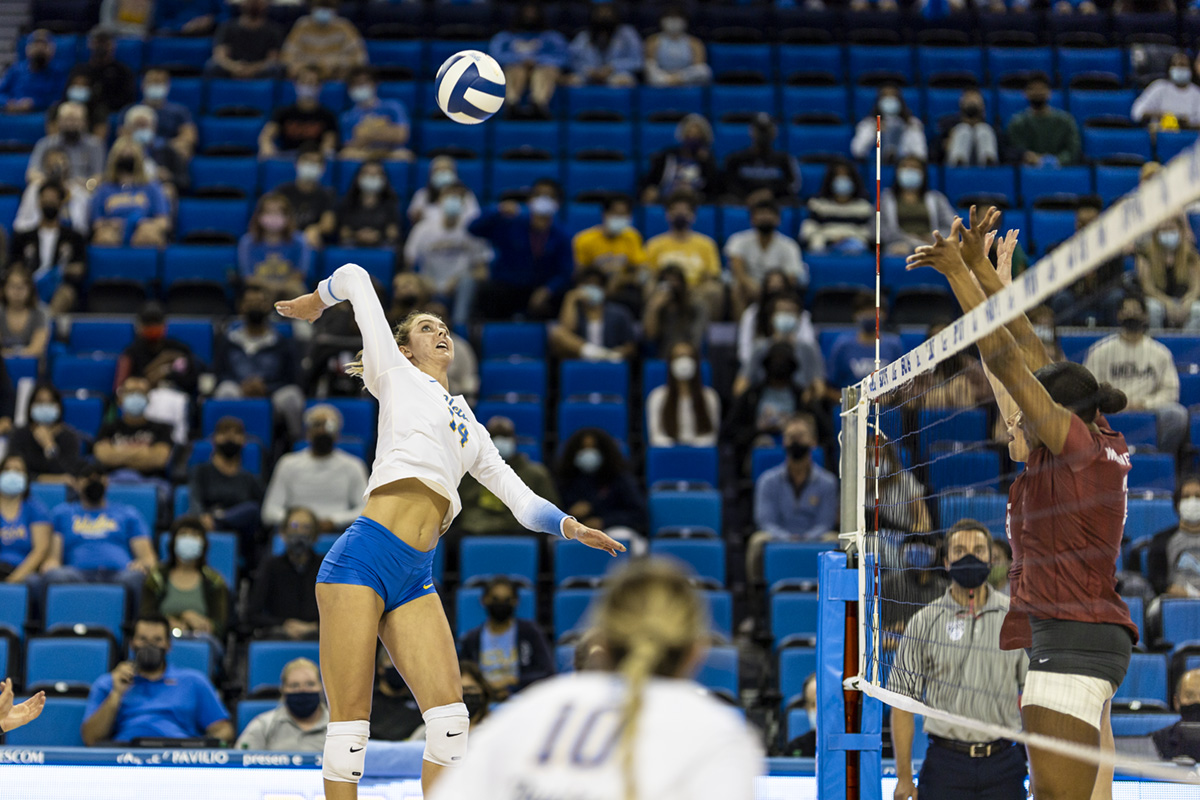 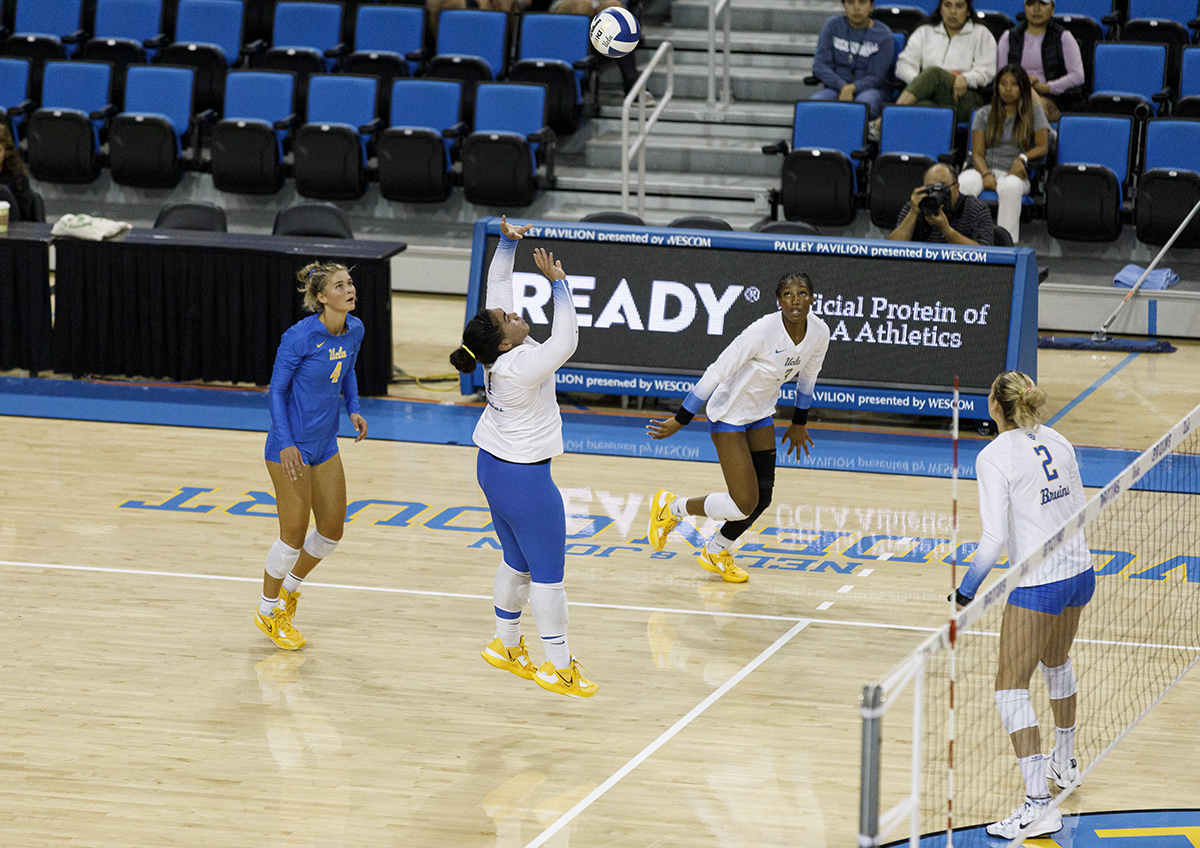 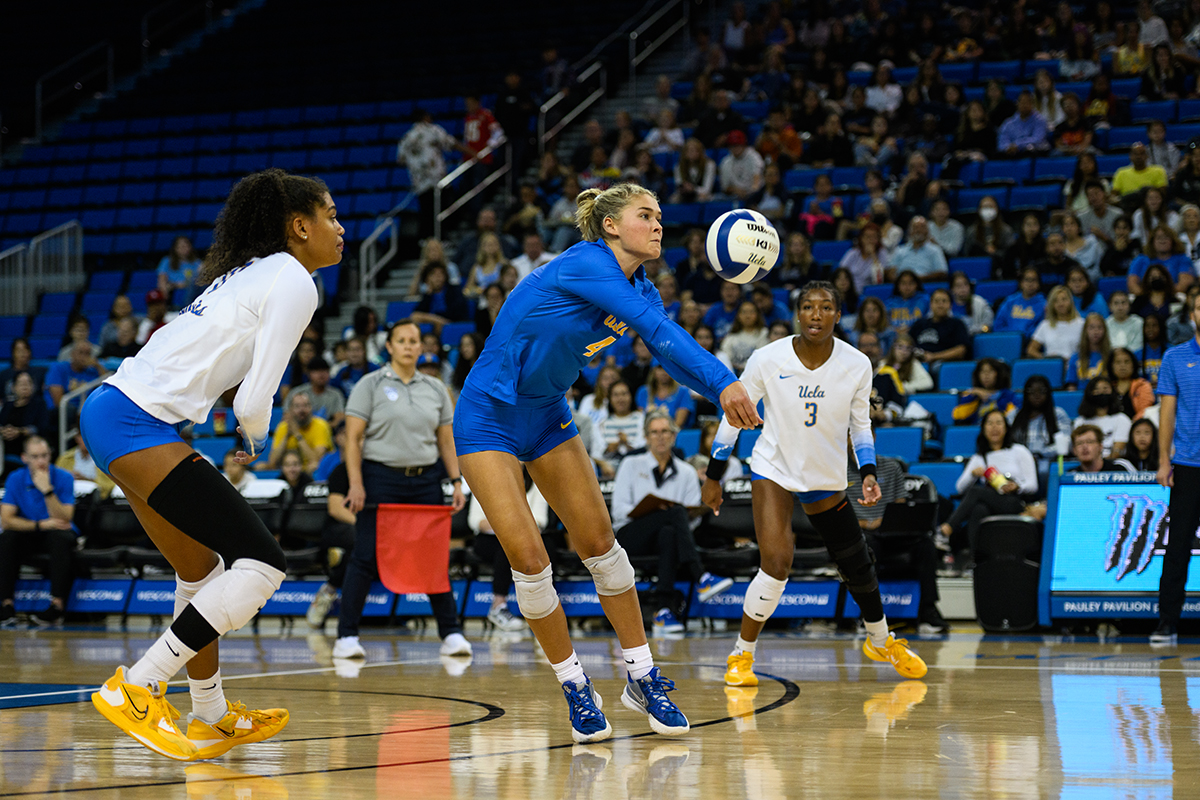 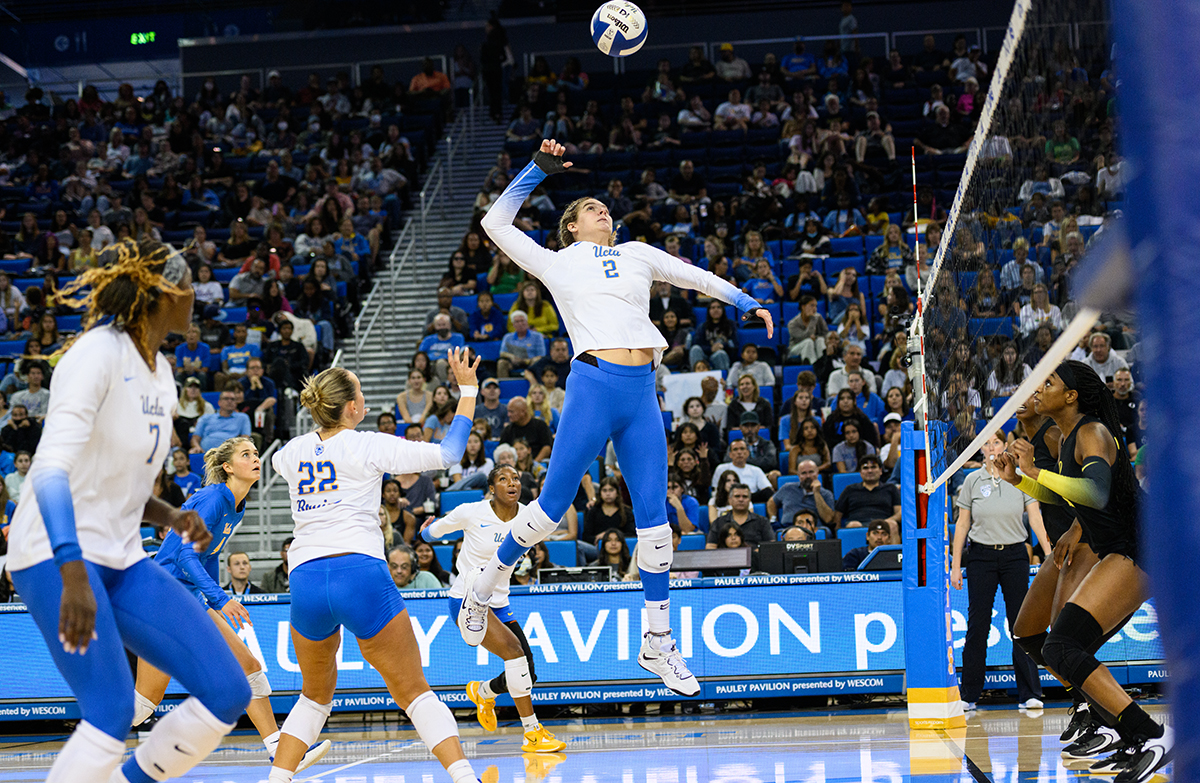