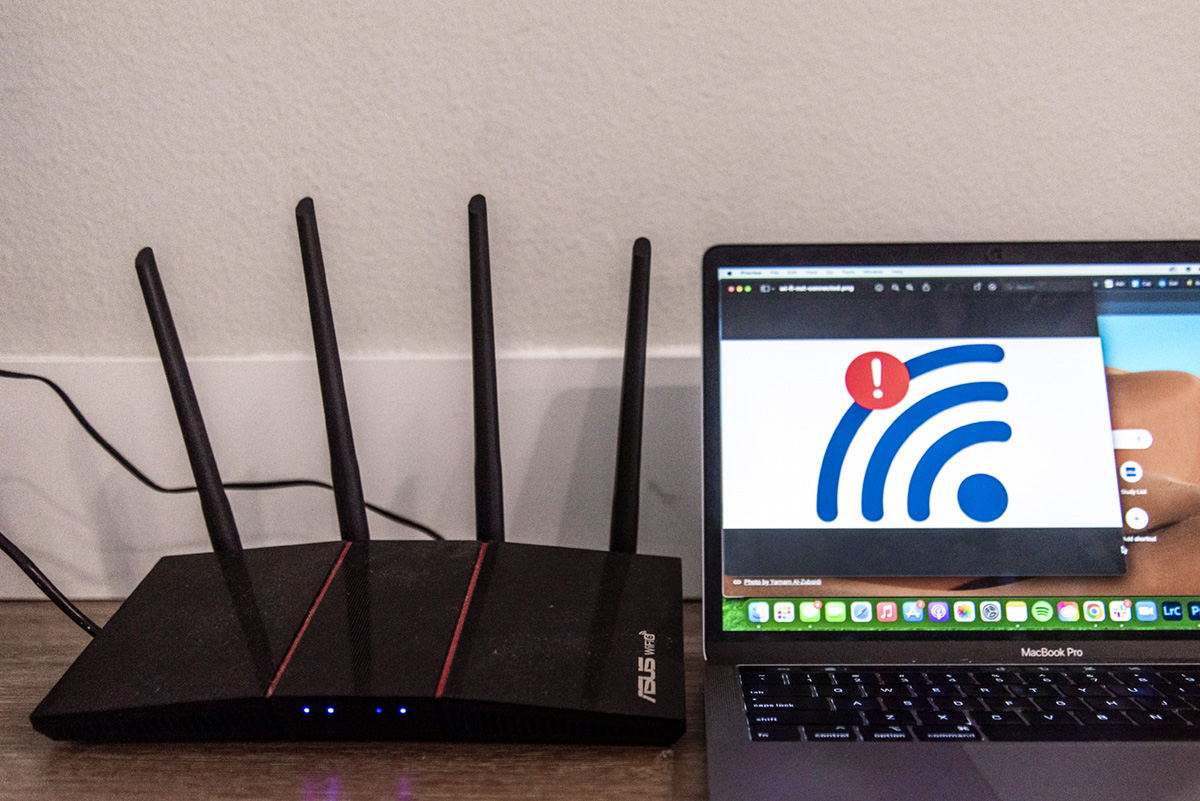 A computer sits next to a router. Many Bruins are expressing concern with WiFi connectivity on campus at UCLA. (Anika Chakrabarti/Photo editor)

This post was updated Oct. 6 at 2:08 p.m. to add a statement from Michael Van Norman.

When a group of new students approached Tatjana Atcitty asking for directions on campus, she suggested they use the Maps application on their phone – only for them to realize there was no Wi-Fi connection available.

Atcitty is one of many students who have reported Wi-Fi connectivity issues at UCLA. A Friday status update from UCLA Information Technology Services indicated that connectivity issues are primarily from users with Apple devices containing M1 processors, as well as several iPhone and iPad devices, noting that this issue affects around 10% of those attempting to connect to campus Wi-Fi.

“The team is working with UCLA’s wireless network manufacturer and Apple to resolve intermittent connectivity affecting an estimated 10 percent of campus wireless users on newer Apple devices,” Norman said in the statement. “IT Services will continue to update the campus community regarding the resolution of the Apple device issue.”

For many Bruins, persistent barriers affecting internet quality, such as a lack of Wi-Fi access, have affected their personal lives and academic performance.

Atcitty, a fourth-year psychology student, said she noticed this past week that connecting inside campus buildings was difficult, as she often received a message on her device that there was no internet connection available. That issue was not something she experienced in past quarters, she added.

“I was trying to take a COVID test like a few days ago, and I couldn’t do the registration over my phone because the internet was bad,” she said. “I had to wait until I got home to actually fill out the information.”

Connecting to the internet has been especially difficult in the Public Affairs building, said Kassandra Cruz, a third-year anthropology transfer student. In one lecture, Cruz said her professor asked students to sign up for presentations online – but no one was able to access the document because of a lack of connection.

Grace Zeolla, a first-year music history and industry student, said many of her peers in her public affairs class turned to their notes application instead of online platforms to take notes because of a lack of Wi-Fi availability.

She added that her connection often cut out during lecture, which she often records with Otter.ai, a software that can be used for transcription. Zeolla said she no longer had a transcript to reference for her class notes in the future, in part leading her to use other forms of internet connection.

“Now that I’m going to classes, I feel like I’m constantly switching between the two (available networks) and my personal hotspot,” Zeolla said.

For now, Cruz said she does her work in the area around Haines Hall and Royce Hall – two places where Wi-Fi connection is strong. She said she hopes different parts of campus will eventually have equal access to the internet.

“I’m just using my hotspot or my data, which is fine for me, luckily,” Zeolla said. “But I know for other people, it’s not that easy.” 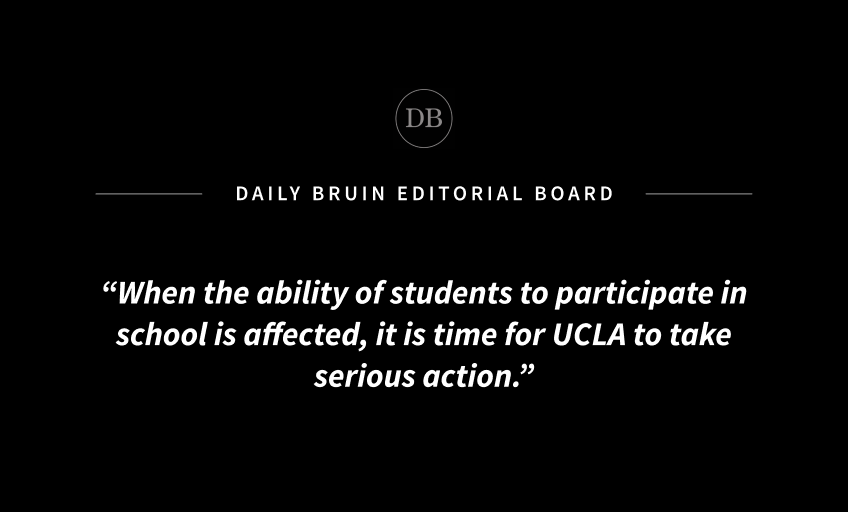 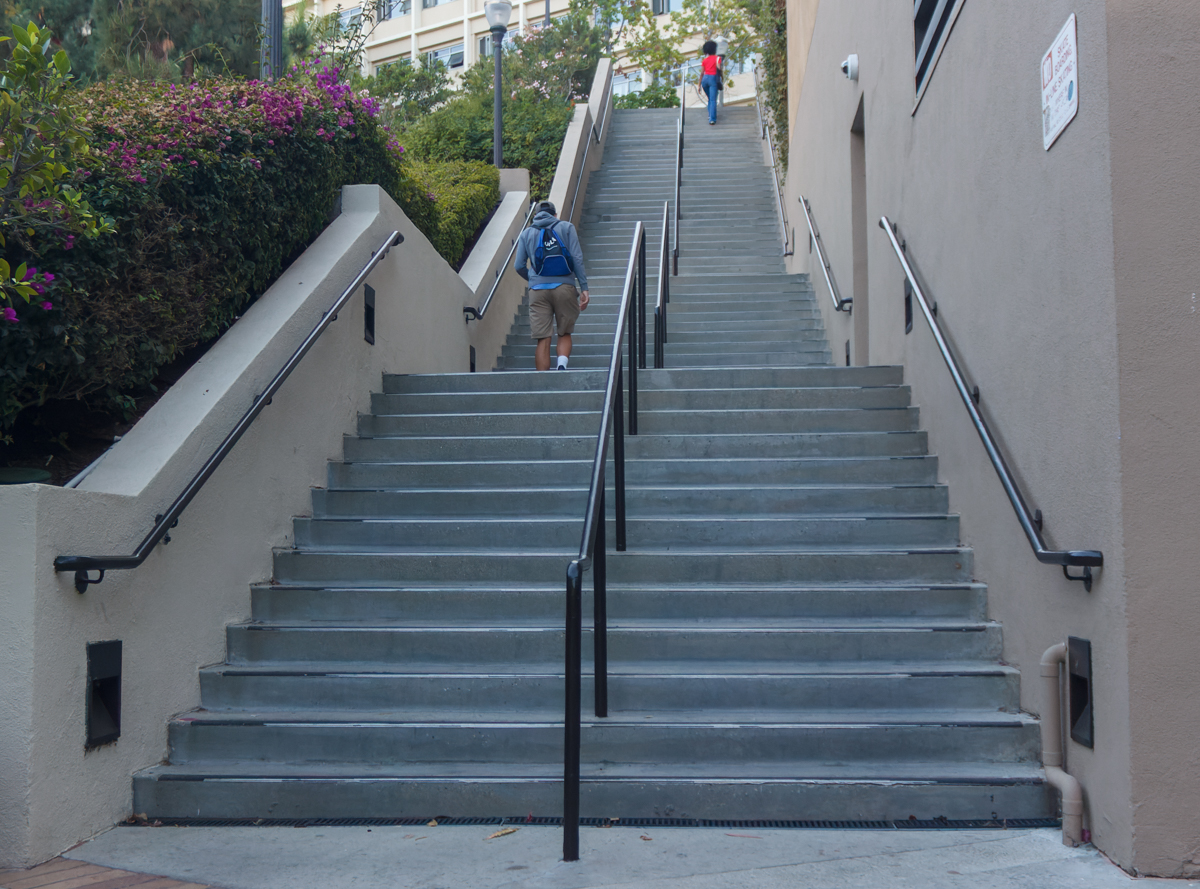