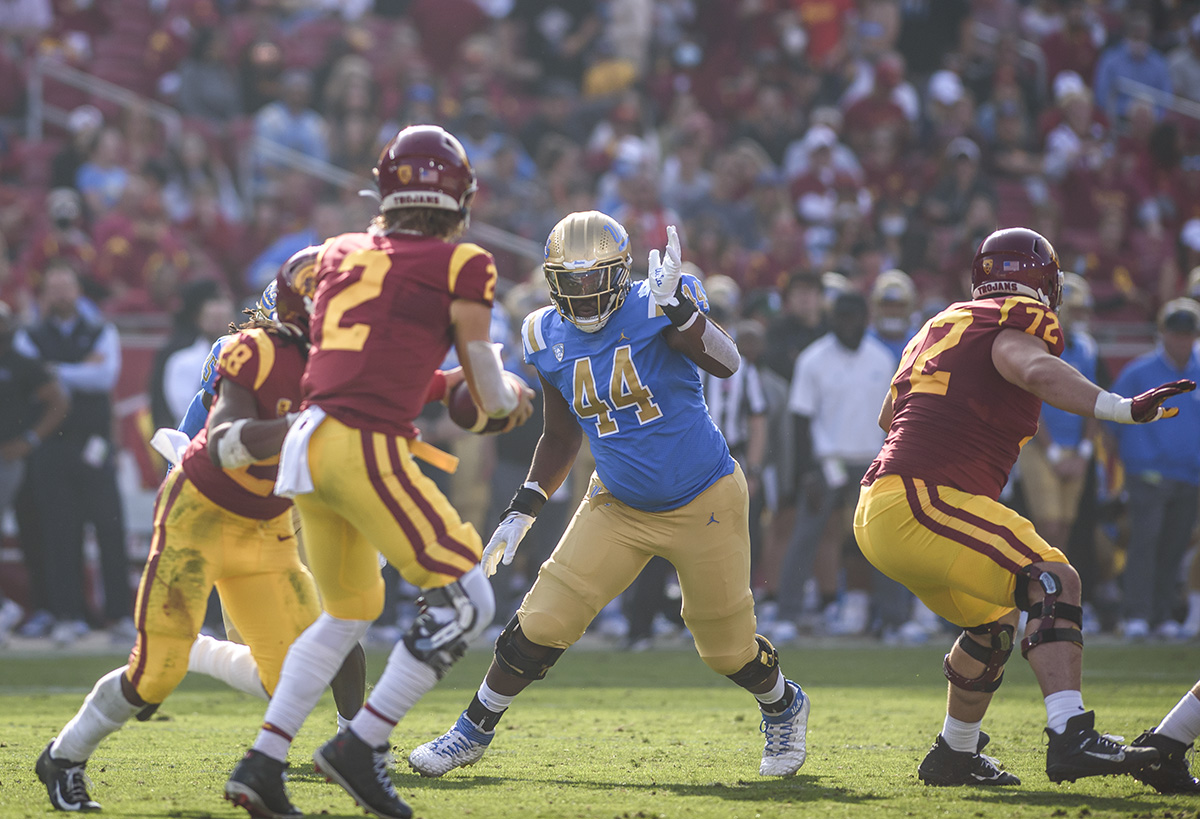 When the Bruins reclaimed the Victory Bell last November, the rivalry game had extra meaning for Martin Andrus Jr.

It marked his first game action in over two years.

Battling injuries since 2019, the UCLA football redshirt senior defensive lineman missed his entire redshirt junior year before making his return to the field for the Bruins’ final two games of the 2021 season.

As fall camp comes to a close in 2022, Andrus said his anxiety levels are rising – he is approaching the first season opener in three years that he’ll be able to suit up in. Multiple knee injuries kept him out of the past several spring and fall camps, but Andrus has returned to being a full participant this year.

“For me, it’s just getting back to that feeling, just going out in the Rose Bowl, getting to play against the opponent, play in front of the fans,” Andrus said. “I’m just really excited, really ready and really prepared.”

In his last full season as a sophomore in 2018, Andrus played in all 12 games, securing 18 total tackles and forcing the defense’s only safety all season. The Bruins finished that season with a 3-9 record, however, and the defensive lineman now faces significantly heightened expectations this time around – both with his squad on the field and as a veteran in the locker room.

Entering his sixth year in Westwood, Andrus said he places a lot of trust in the rest of the defensive line and wants to use his experiences to help the younger players on the team. Andrus added that he is supportive of those going through their own recoveries from injury, noting the importance of his former position group’s aid during his own rehab.

“I just try to give them some advice, just keep them positive as much as I can because I know how I felt during that situation,” Andrus said. “My main thing is just trying to keep everybody positive. I’ll crack a joke every now and then, just try to lighten up the mood.”

Andrus will be lining up next to an array of new faces compared to his last start in 2018 after the departure of eight defensive linemen following the 2021 season.

By way of the transfer portal, five new faces were added to the defensive line rotation alongside a pair of established upperclassmen in redshirt senior linebacker Bo Calvert and senior linebacker Carl Jones Jr. on the edge.

The new group includes potential starters such as redshirt sophomore defensive linemen Gabriel and Grayson Murphy on the edge, as well as redshirt senior Jacob Sykes and junior Gary Smith III in the middle. With the revamped personnel, Andrus said the linemen have used fall camp as a chance to further improve their chemistry and intensity by going up against the offensive line.

“There’s been some really good back and forths, guys getting each other better, iron sharpens iron,” Andrus said. “So we’ve got some good competition. I like what I’m seeing from the other side.”

“Obviously, Martin is the older wily veteran of the group, but when you add (sophomore defensive lineman) Jay (Toia) and Gary and (redshirt junior defensive lineman) Dovid (Magna), you’ve got kids who weigh over 315 pounds in there,” Kelly said. “Excited about not only the size of those guys but also their athleticism.”

Now considered a veteran leader for UCLA’s defense by his coaches and teammates, Andrus said his time away from football helped him truly realize his love for the game as he prepares to take the field for the beginning of what could be his final collegiate season.

“It was just a time for me to just realize how much I really loved football,” Andrus said. “Being away from the game so long, you miss it so much.” 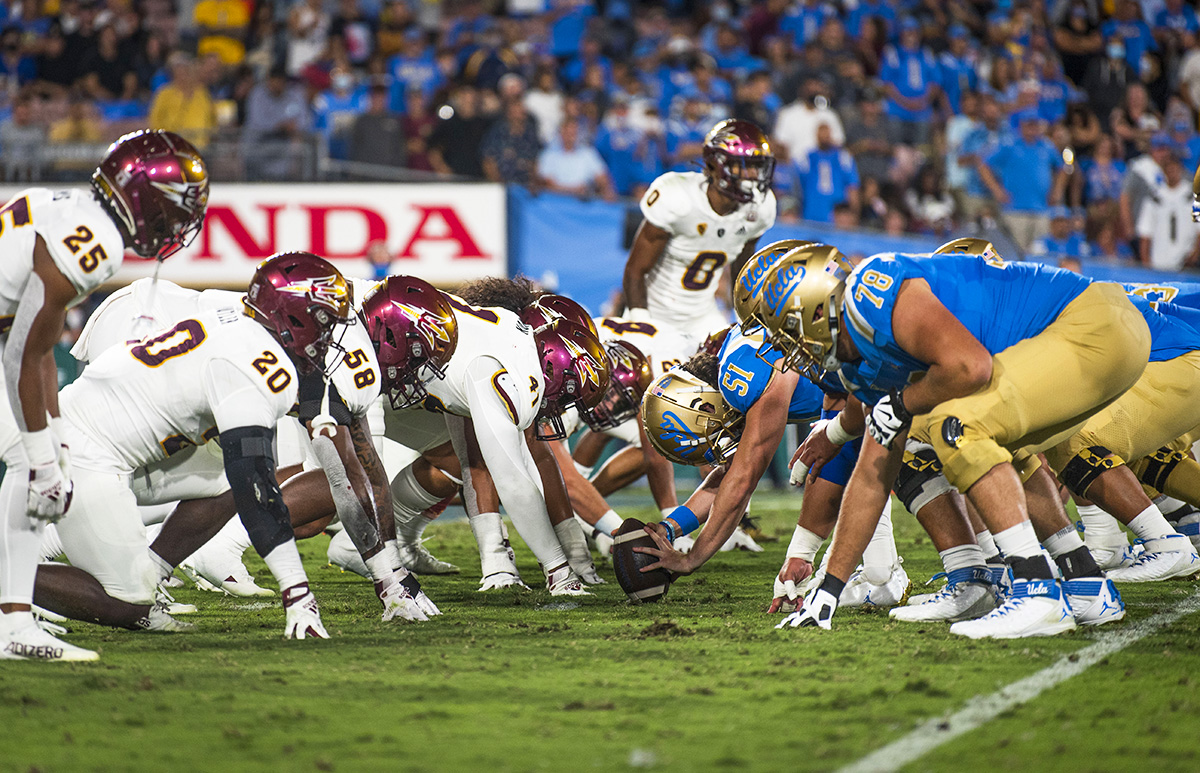