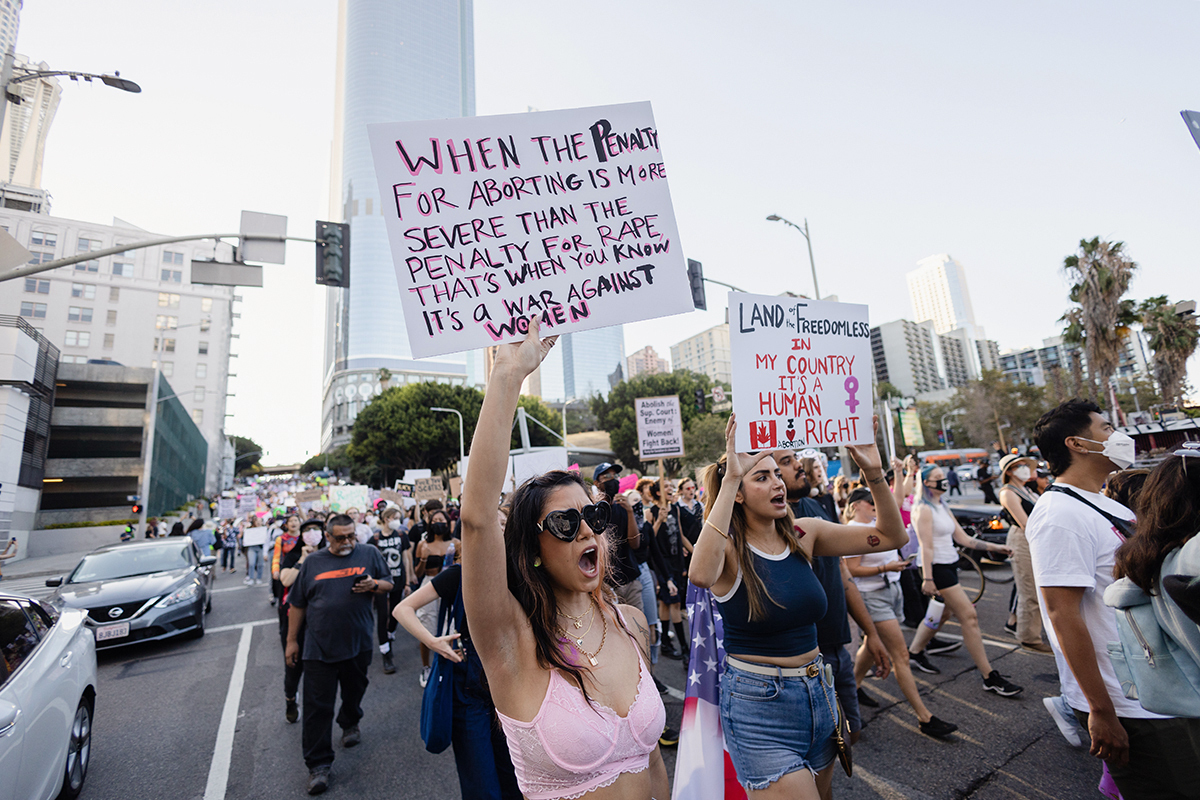 Hundreds of people gathered in downtown Los Angeles on Friday to protest the Supreme Court of the United States’ decision to overturn Roe v. Wade.

The Supreme Court ruled 5-4 on Friday morning in favor of overturning Roe v. Wade – a 1973 decision guaranteeing the constitutional right to an abortion – allowing individual states to now decide the legality of abortion within their borders, according to Politico.

Protesters at the courthouse waved signs, including some that read, “Pro life is a lie, you don’t care if women die” and “This is a war on women.”

Mari Sanchez, an organizer for the event from the Party for Socialism and Liberation, said she hopes to inspire a grassroots movement for dramatic change in government to ensure reproductive rights. She added that her organization had been planning protests against the Supreme Court decision since the leaked draft opinion in May.

Luna Hernandez, an organizer for the event from Rise Up 4 Abortion Rights, said the community should demand that the Supreme Court decision be overturned to better represent the will of the people.

At Pershing Square, protesters waved signs, with some reading “Pro life is a lie,” “We won’t go back, we will fight back” and “SCOTUS: Abortion is a human right.” Demonstrators also chanted slogans such as “Our body, our choice” and “We are free.”

The protesters also heard speeches from activists and later marched to LA City Hall around 6 p.m.

Melina Rodriguez, a public health graduate student at UCLA who was at the protest, said  a lack of access to abortion could lead to increased health problems, poverty and more violence later in life for the parent.

Elizabeth Sullivan, a student at Tufts University who attended the protest, said Roe v. Wade being overturned could lead to the reversing of other related civil rights cases, including those for same-sex marriage.

Samira Aguilar, a protest attendee at Pershing Square, said she felt frustrated that she will still have the right to an abortion in California while those in other states such as Texas may not in the near future.

Tef Baker, another protest attendee at Pershing Square, said she felt upset that this could affect the availability of abortions in other states outside of California, such as Florida, where her family and friends live.

“I cry for my friends and my families who I know that their rights can be taken away in a heartbeat,” Baker said. “They can wake up tomorrow, and they can lose complete autonomy.”

In a campuswide email sent earlier Friday morning, Chancellor Gene Block said the decision to overturn Roe v. Wade went against the University of California’s values. UCLA will continue to offer reproductive health services at the family planning division of UCLA Health, he added in the email.

“Our university firmly supports individuals’ ability to access necessary health care services and make decisions about their own care in consultation with their medical teams,” Block said in the email.

The protest at Pershing Square began to subside around 9 p.m. Some protesters also clashed with police officers downtown, with some marching through the streets until police blocked the crowd.

“I’m upset. I’m enraged. I woke up, literally, in 1974. We really just went back in time,” Rodriguez said. “All this progress for what? … It’s ridiculous to me that now my body is not really my choice.” 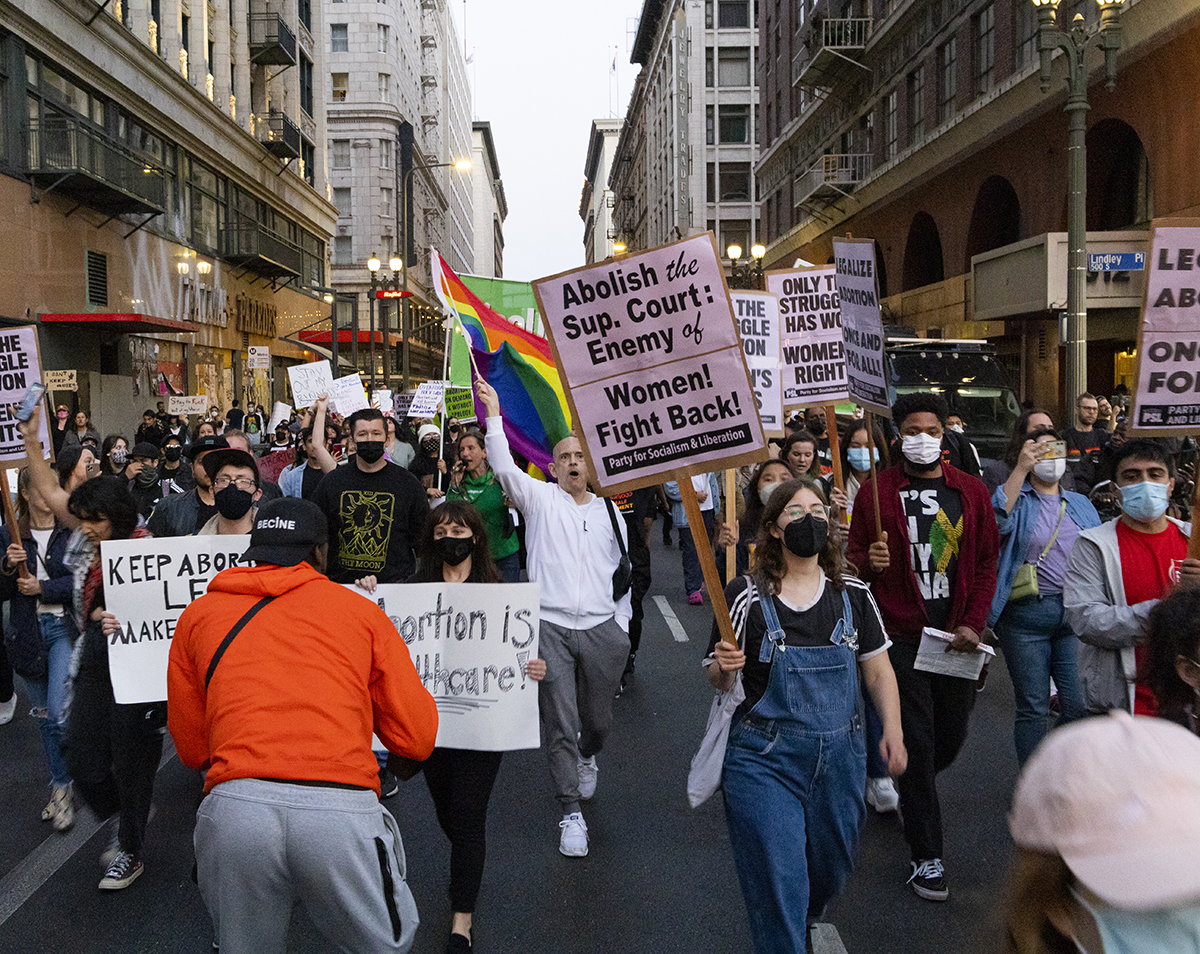 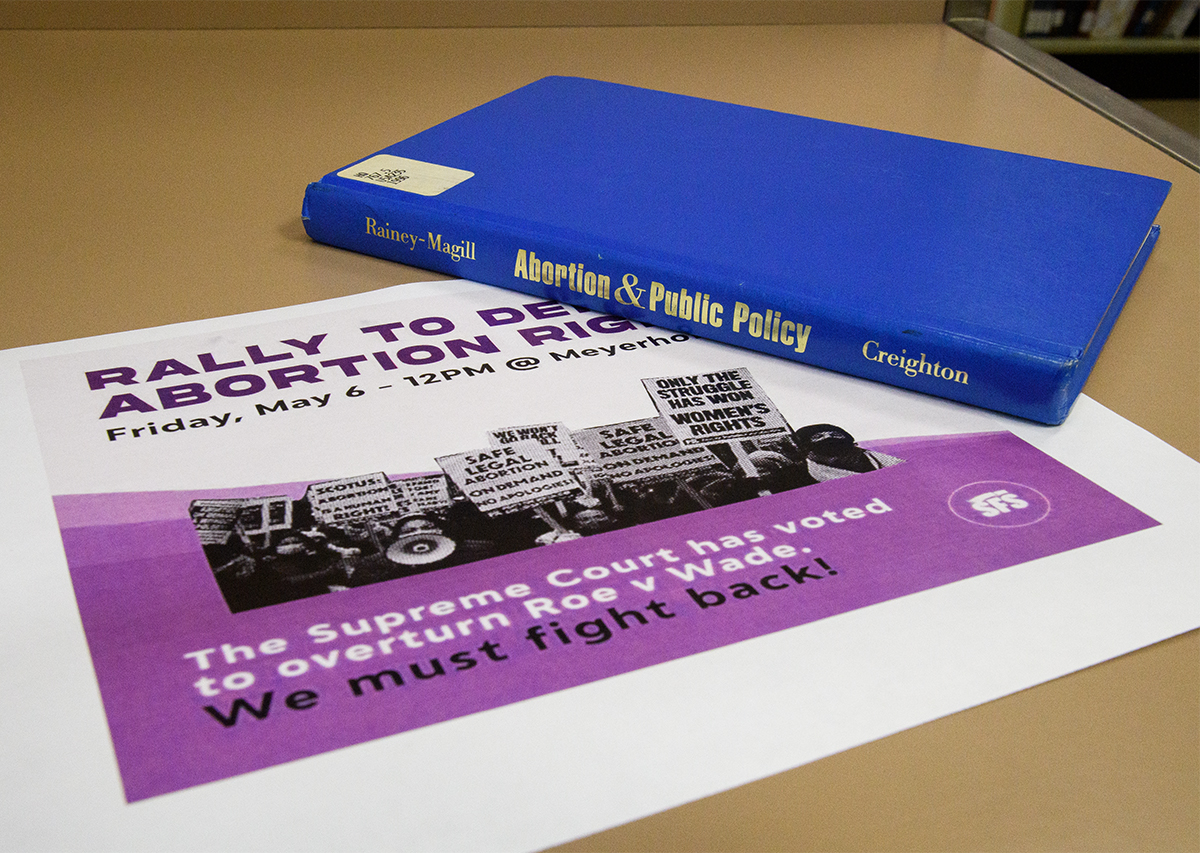 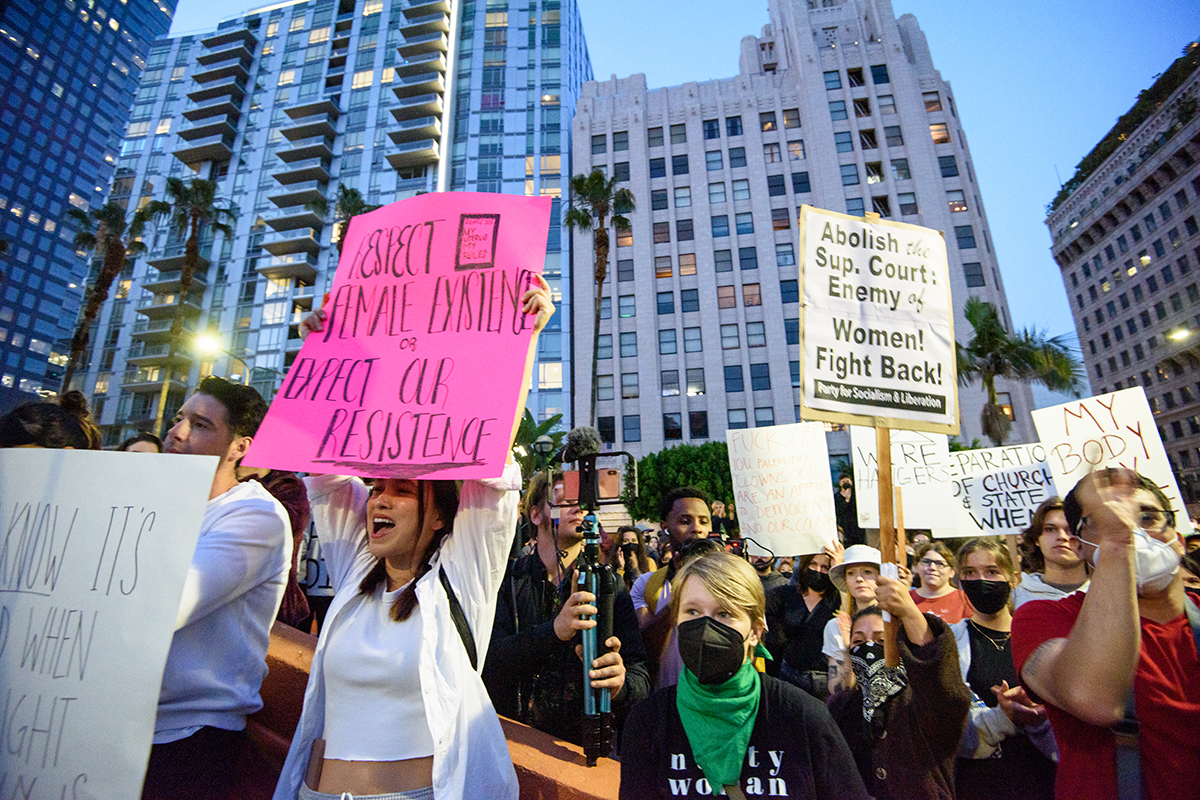