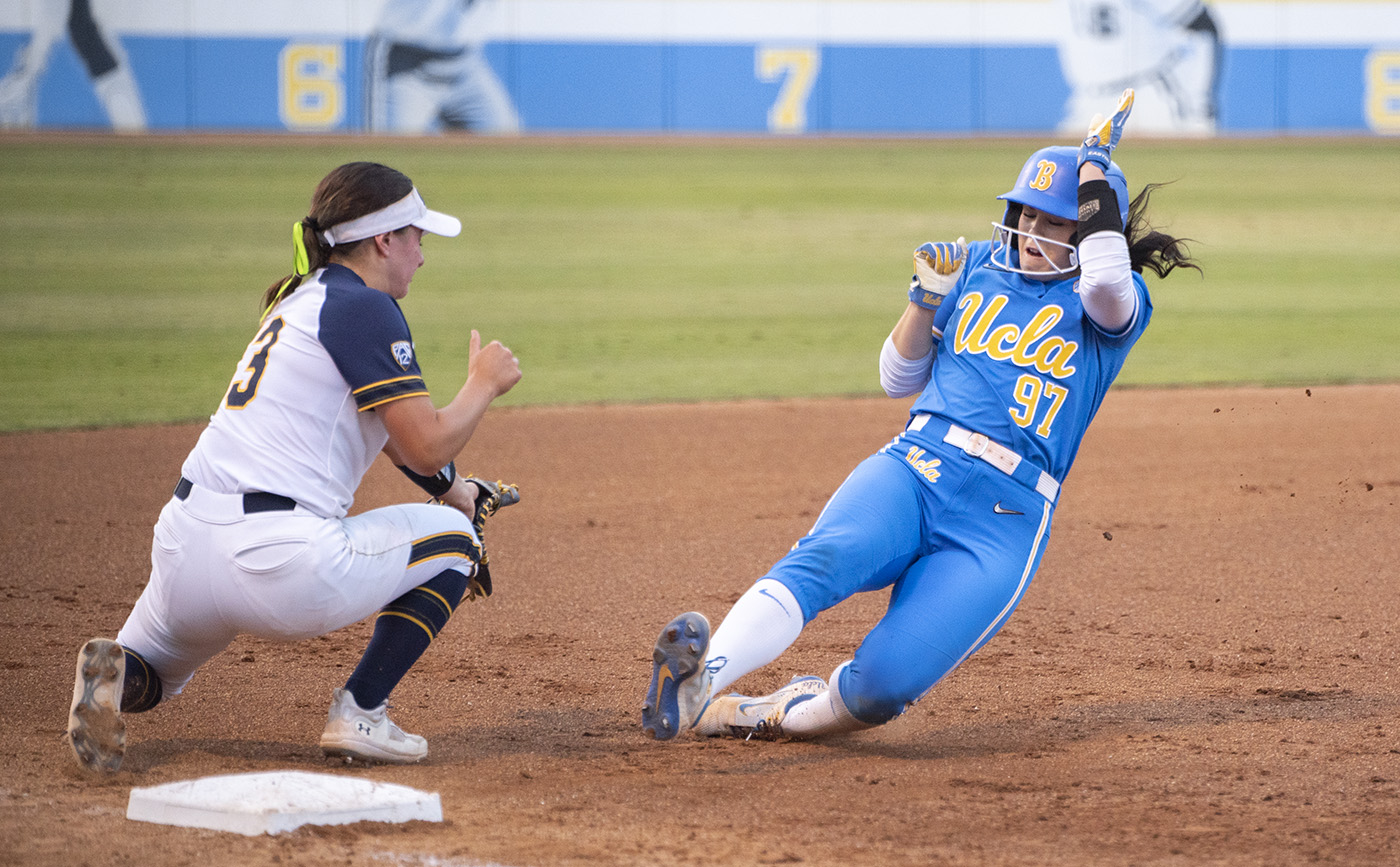 Redshirt senior infielder Delanie Wisz slides into third base during a game against California on Friday. Wisz went 4-for-4 in No. 6 UCLA softball’s series-clinching victory. (Jeremy Chen/Daily Bruin staff)

The Bruins have secured their sixth and final series win of the regular season.

However, UCLA’s final place in the conference standings is still to be determined.

The second-place Bruins still have the chance to end the season on top. If first-place Arizona State loses its final game and UCLA wins its last contest against Cal on Saturday, the Sun Devils and Bruins will share the Pac-12 title.

Redshirt senior infielder Delanie Wisz said the team is trying not to focus on things outside of its control, such as the outcome of Arizona State’s final matchup.

Redshirt sophomore utility Maya Brady ignited the blue and gold’s offense with her 11th home run of the year in the first inning. The two-run blast over the left-field fence was the first of UCLA’s five extra-base hits of the night.

A four-run rally in the fifth frame catapulted the Bruins to a 6-0 lead. The inning was highlighted by a two-run home run by redshirt sophomore catcher/first baseman Alyssa Garcia, a moonshot launched over the right-field fence to Sunset Boulevard.

Coach Kelly Inouye-Perez said she largely attributes the Bruins’ offensive success in this series to playing loose and enjoying the moment.

“Our focus is being the best version of ourselves, slowing the game down and trying to enjoy the process,” Inouye-Perez said. “You heard the energy in the dugout — it’s how we play our best ball.”

After Faraimo posted two scoreless frames in relief, Azevedo reentered the game in the sixth. The redshirt senior retired the side, striking out three batters in what would be the game’s final inning.

In the bottom of the sixth, Wisz smacked a two-run triple off the right-field wall. The walk-off hit gave the Bruins the eight runs they needed to secure the run-rule victory.

“Honestly, just to help my team in any way I can is huge,” Wisz said. “But for it to be a walk-off — it’s pretty special.”

In the series clincher, UCLA took an early lead when redshirt senior infielder Briana Perez drilled an RBI single to second base.

The Bruins’ 1-0 lead did not hold up for much longer.

Faraimo entered in relief for graduate student pitcher Lauren Shaw in the top of the second with runners on first and second. The 2022 Pac-12 Pitcher of the Year gave up a three-run home run to the first batter she faced, giving the Golden Bears a 3-1 advantage.

Faraimo said having a short memory allowed her to bounce back after the at-bat did not go the way she hoped.

“We talk about being like goldfish because they have a memory of 10 seconds or something like that,” Faraimo said. “It’s not about failure — it’s about how you respond to it.”

UCLA responded with a five-hit inning, which included a two-RBI single from Wisz and a two-RBI double from freshman utility Savannah Pola, to put up a six-spot in the bottom of the second.

The Bruins tacked on two more insurance runs in the fourth frame to grow their lead to 9-4 in an inning that included hits from Wisz, Brady and Pola.

Just as in the previous night, Wisz finished off the scoring for the blue and gold.

The redshirt senior came through with her fourth hit of the contest in the fifth inning, a solo shot to right field that brought UCLA’s run total into double digits.

Inouye-Perez said the standout year Wisz is having is a testament to all the hard work she’s put in throughout the season.

“She’s had an amazing year and it all started from the end of last year,” Inouye-Perez said. “She really wanted to have a year like this and she’s made a commitment physically, mentally and just in terms of toughness, so I’m so happy for her that the game is paying her back.”

UCLA will conclude its regular season and honor its five departing seniors in Saturday’s Senior Day game against California at 2 p.m. 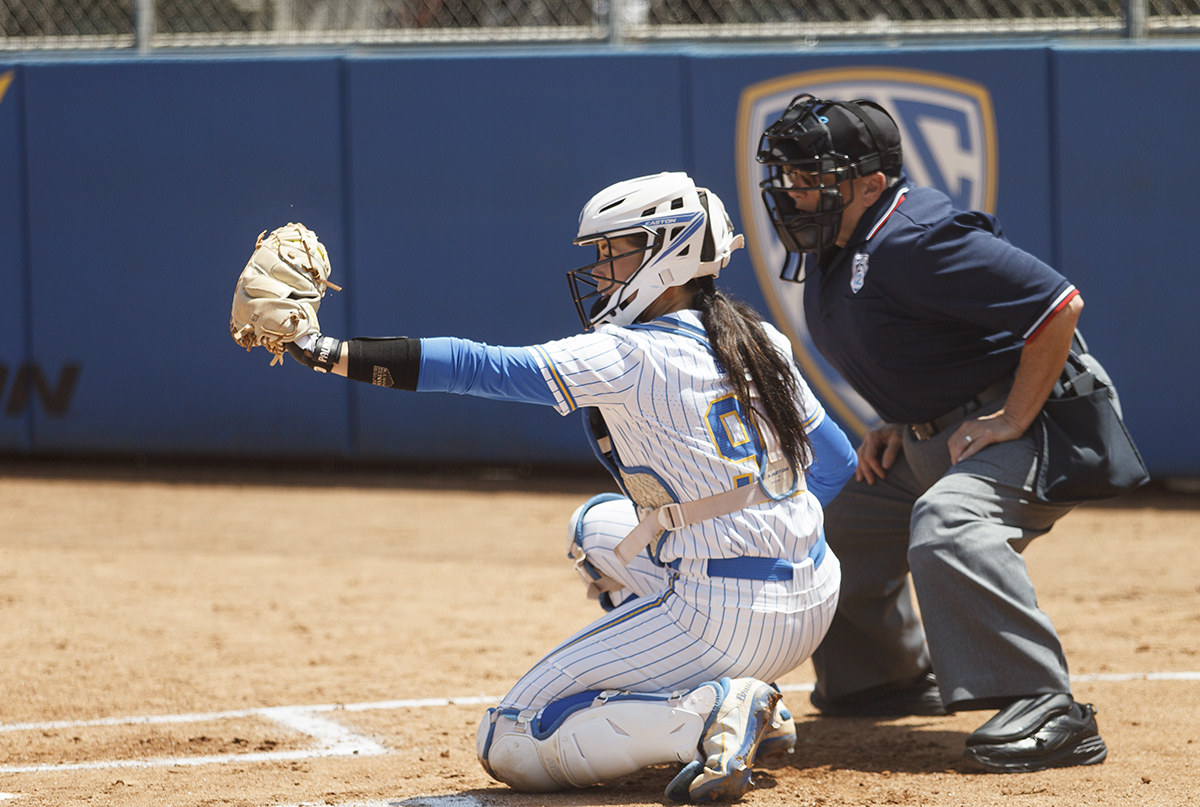 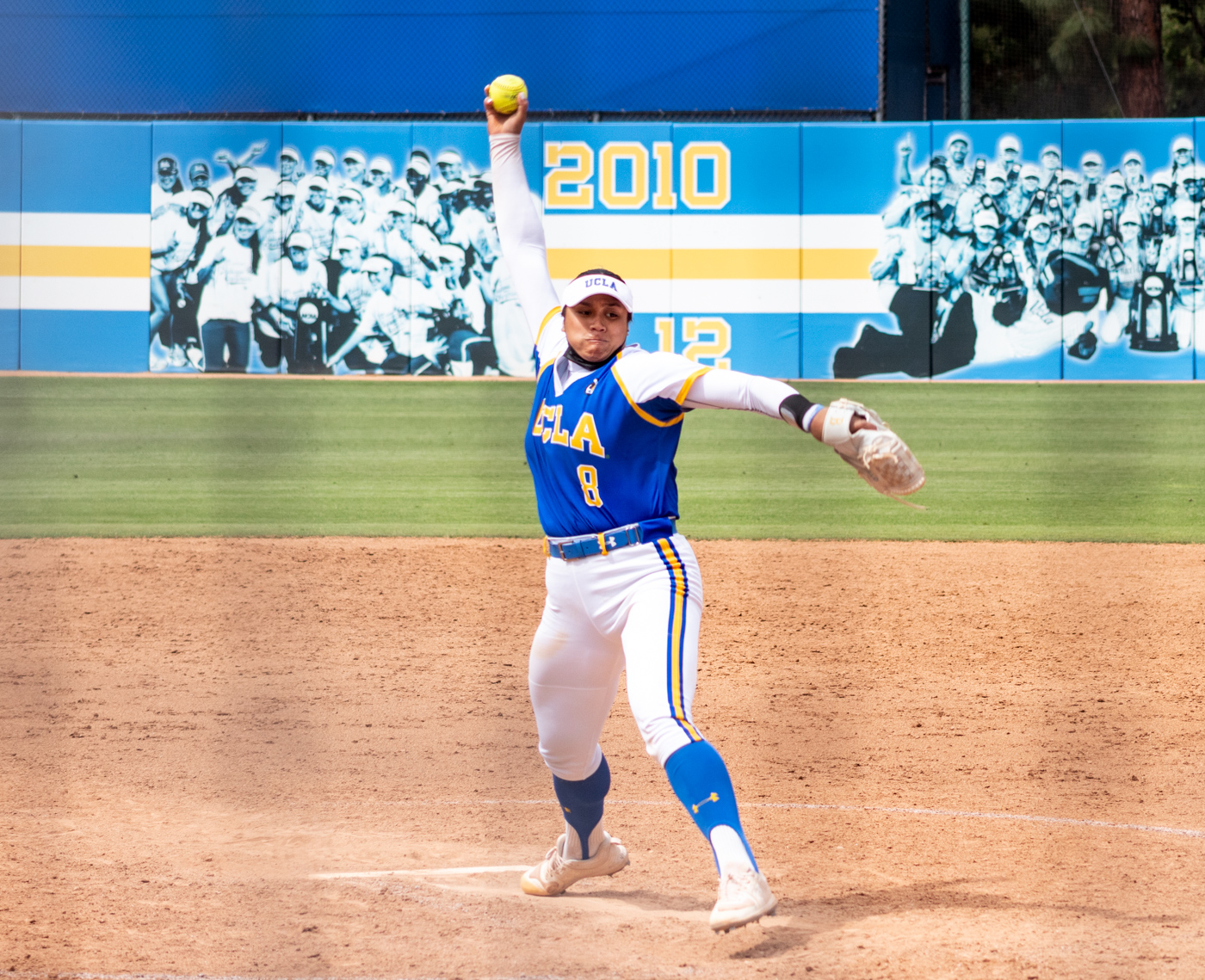 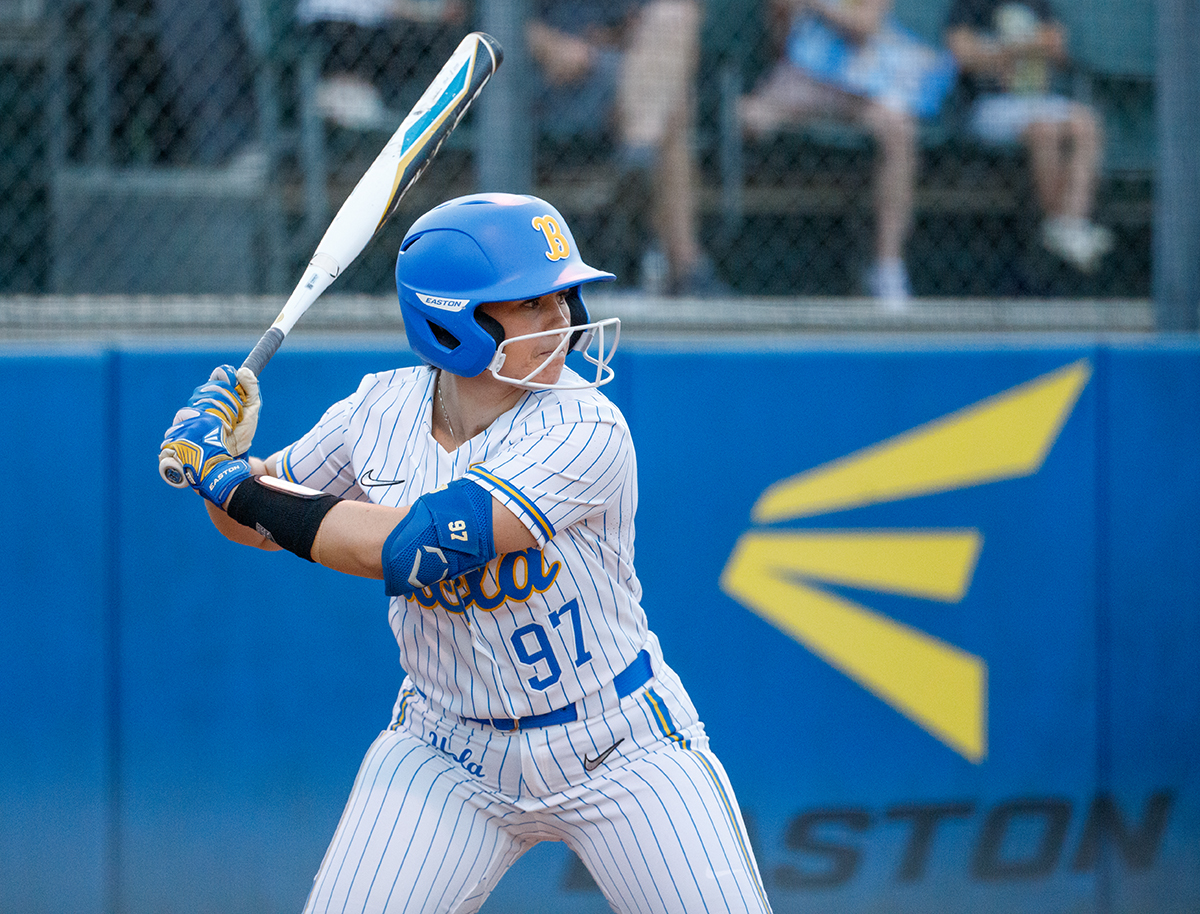 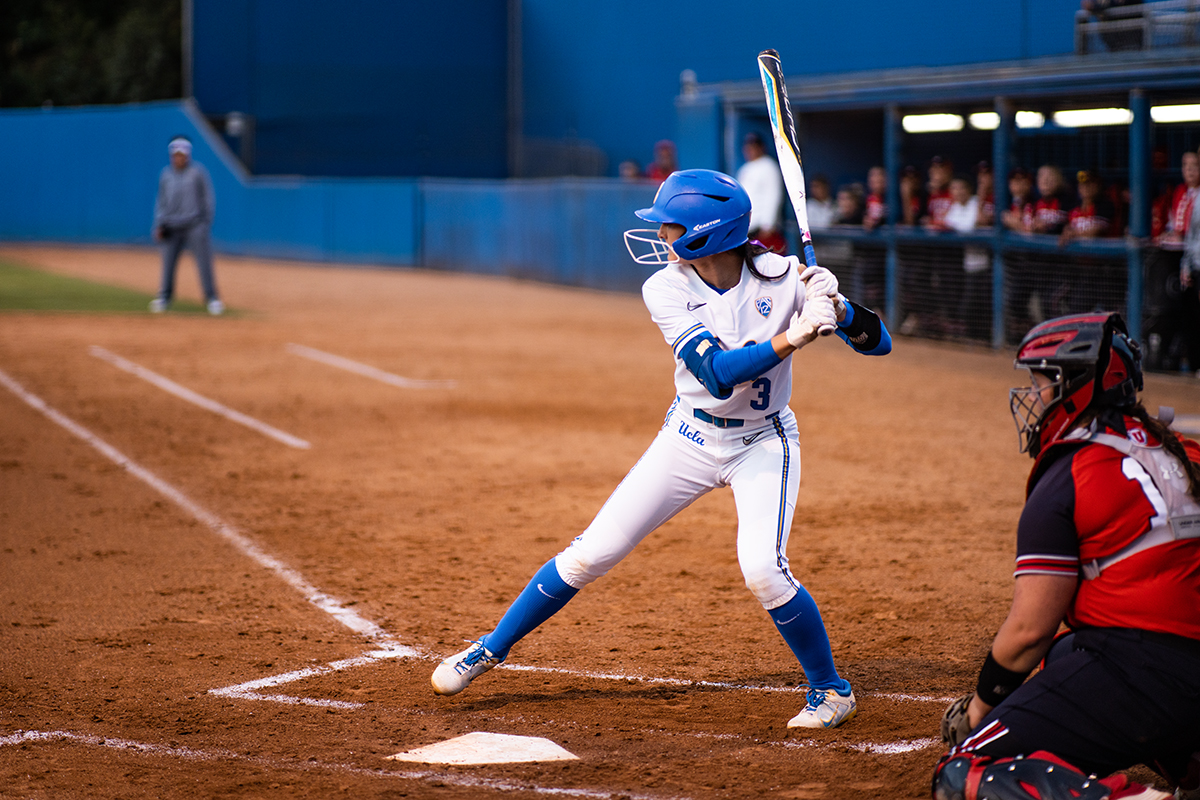