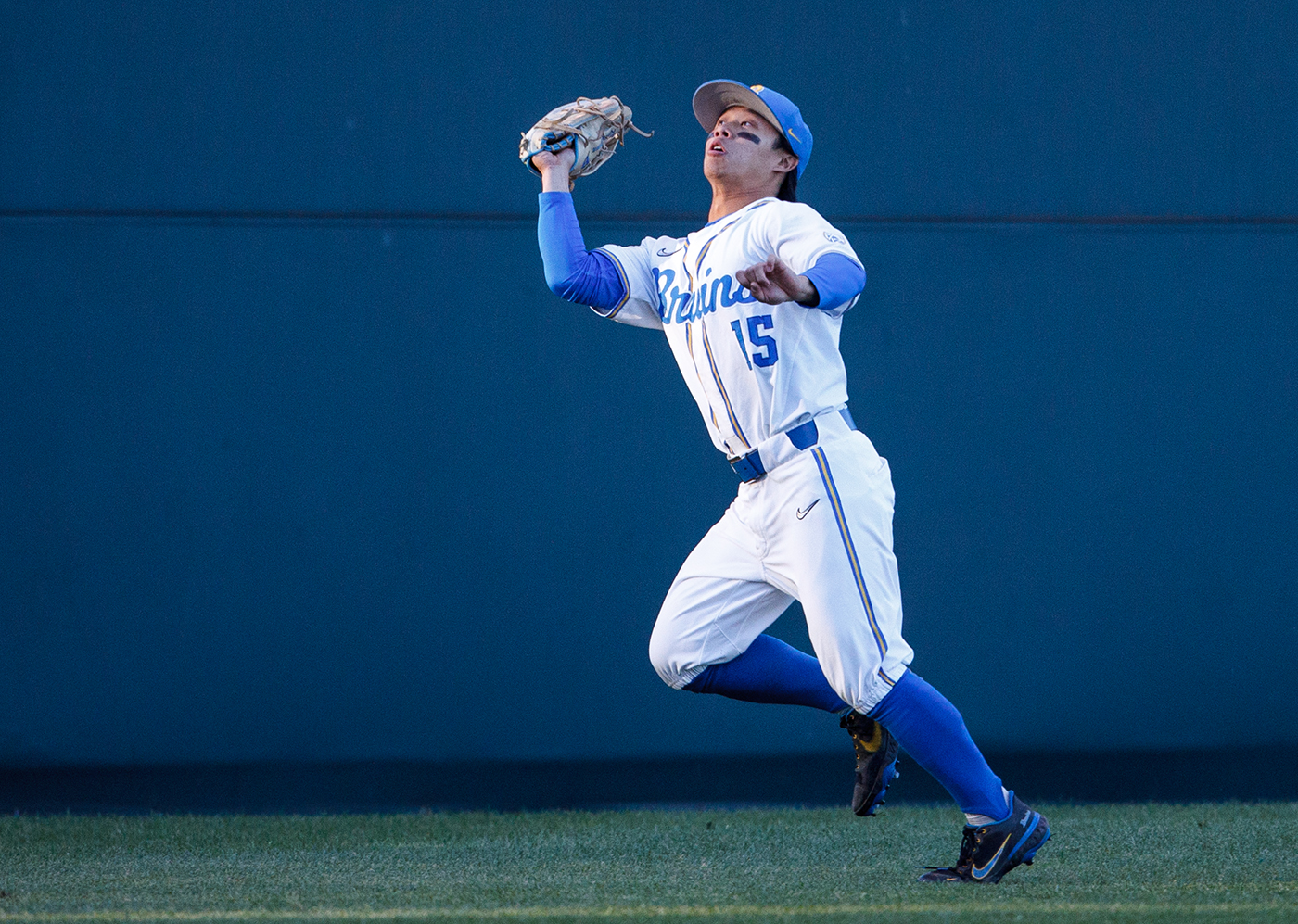 A day after dropping 15 places in the rankings, the Bruins suffered their third-largest loss of the season.

Coach John Savage said the losses aren’t a product of one specific issue.

“It’s a lot of different factors,” Savage said. “We’re not pitching, we’re not playing defense, we’re really not offense-ing. It’s kind of a culmination of things.”

Both of the Bruins’ runs came after the Titans had claimed an eight-run lead. The performance marked the fourth time during UCLA’s five-game losing streak that it was held to three runs or fewer.

“We just have to compete more,” Oyama said. “We haven’t been competing the way we need to, and we just need to get back to that.”

UCLA’s first run of the evening came in the sixth inning on an RBI single from freshman shortstop Cody Schrier, who plated Oyama. The graduate student picked up an RBI knock of his own in the eighth to make it an 8-2 ballgame but was left stranded, bringing the Bruins’ total to 12 men left on base on the evening.

Savage said dealing with adversity will be an opportunity for his team to grow.

“If we handle this the right way, this could be really good for us,” Savage said. “Doesn’t feel good now, clearly, but baseball is a game of adversity and bounceback and responding. Clearly, we’re at that stage.”

On the pitching side, senior left-hander Daniel Colwell made the start for the Bruins, his second consecutive Tuesday start following a three-inning shutout performance against Long Beach State on May 3. Colwell retired the first batter he faced but proceeded to allow the Titans’ first two runs of the game on a single followed by a two-run homer.

Fullerton tallied another run off Colwell in the second before scoring three more off redshirt freshman right-hander Chris Aldrich in the third frame to put the home team up 6-0. After allowing two more runs in the fourth, the Bruins had their first 1-2-3 inning of the game behind freshman right-hander James Hepp in the fifth.

Junior left-hander Josh Hahn delivered another perfect inning in the sixth, recording a strikeout in the process. The two-way player – who also steps up to the plate in games where he doesn’t pitch – maintained his 0.00 ERA in his fourth outing of the month Tuesday.

“I’m trying to stay ready, trying to be in the mindset of being ready to compete on both sides of the ball,” Hahn said. “I just want to compete, get my boys some runs on the board or get back in the dugout so we can score some runs.”

Hahn has driven in 10 runs across 50 at-bats offensively while striking out three in three total innings on the mound. Savage said Hahn’s availability has been useful for the team, with two Bruin southpaws unavailable because of injuries.

“We needed some left-handed help,” Savage said. “Hahn gives us another left-hander out of the bullpen. He’s thrown the ball extremely well, and certainly we’re going to be able to use him.”

UCLA utilized six pitchers in total, with one more run scoring between the final two pitchers after Hahn’s outing.

With the final homestand of the season on the horizon, Oyama said cohesion will be key moving forward for the Bruins.

“It’s easy to go on a streak like this and disband,” Oyama said. “It’s about staying together and doing this thing together. No one’s going to do this by themselves.” 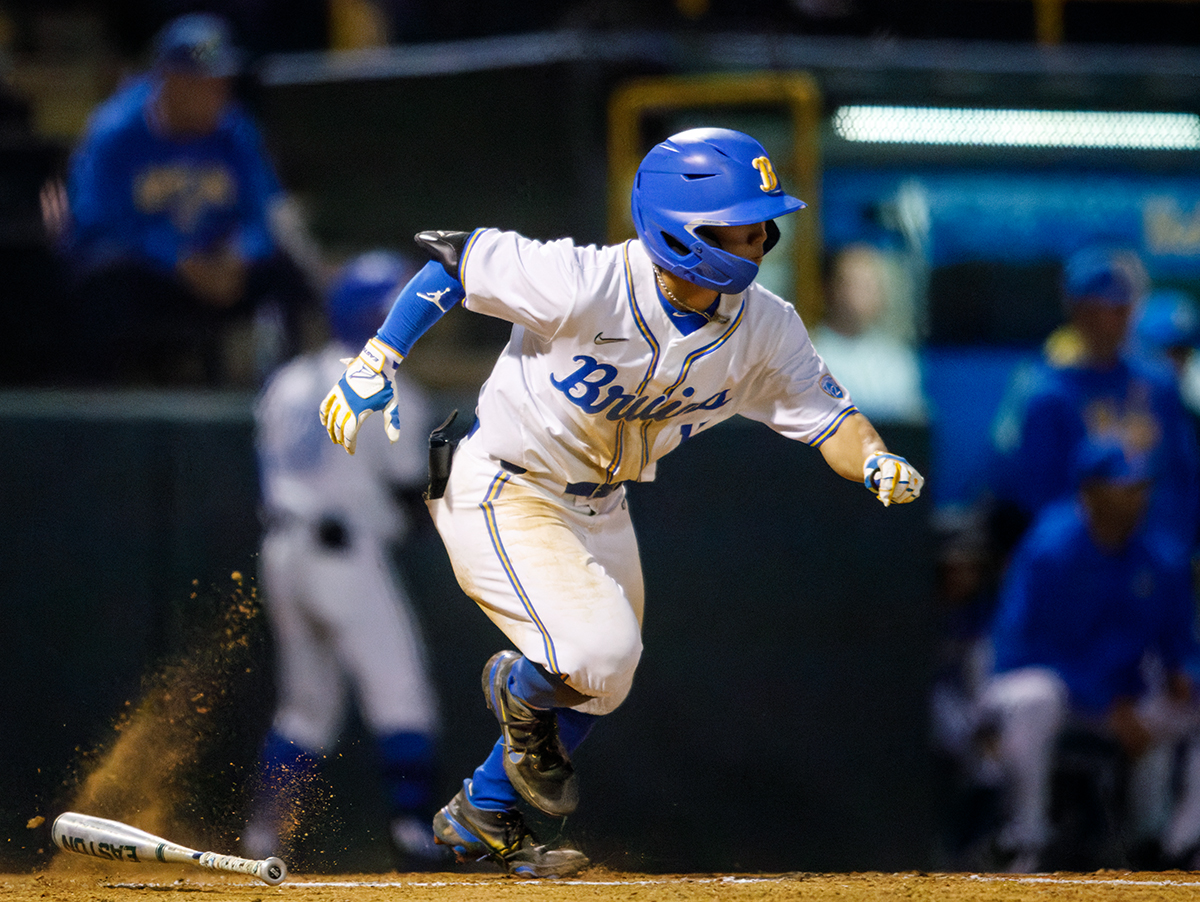 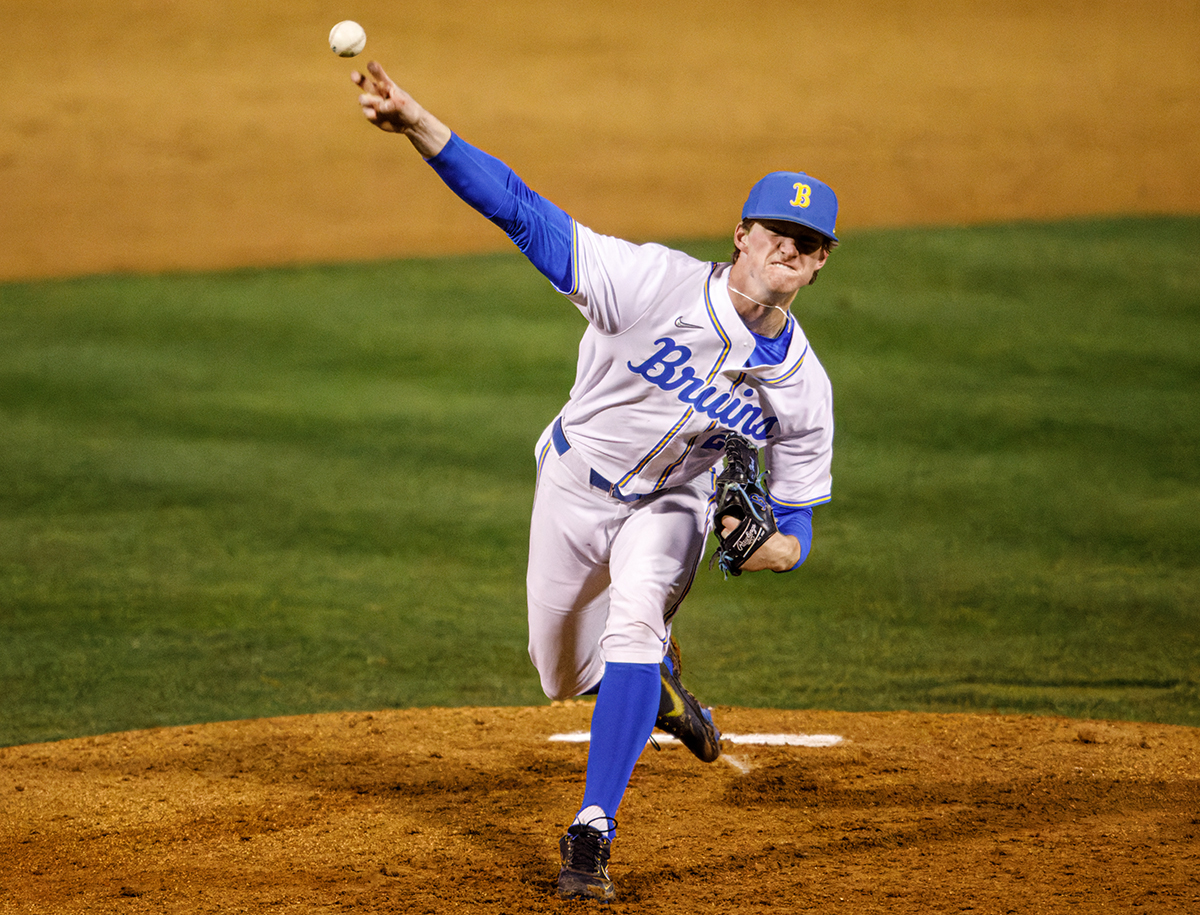 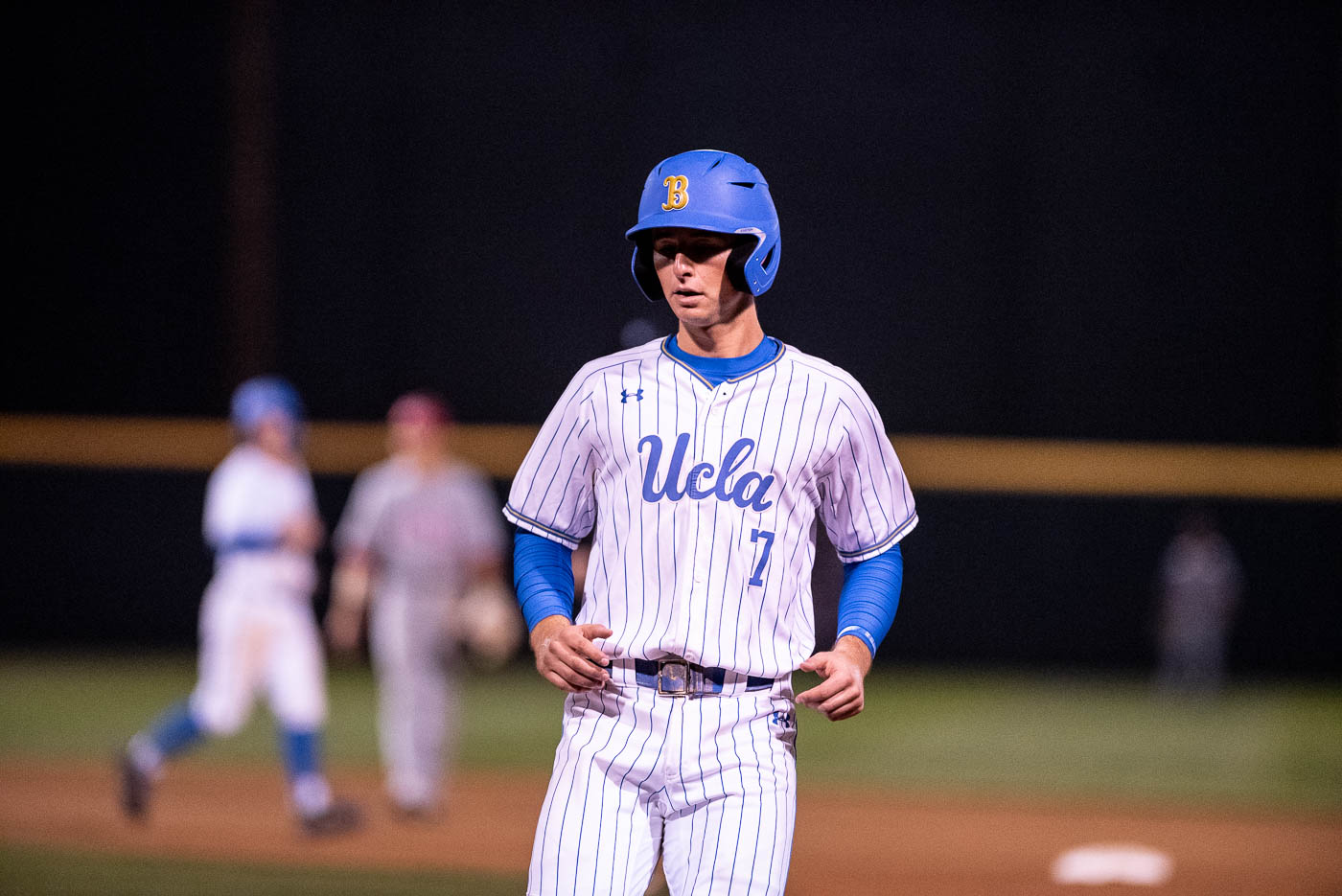 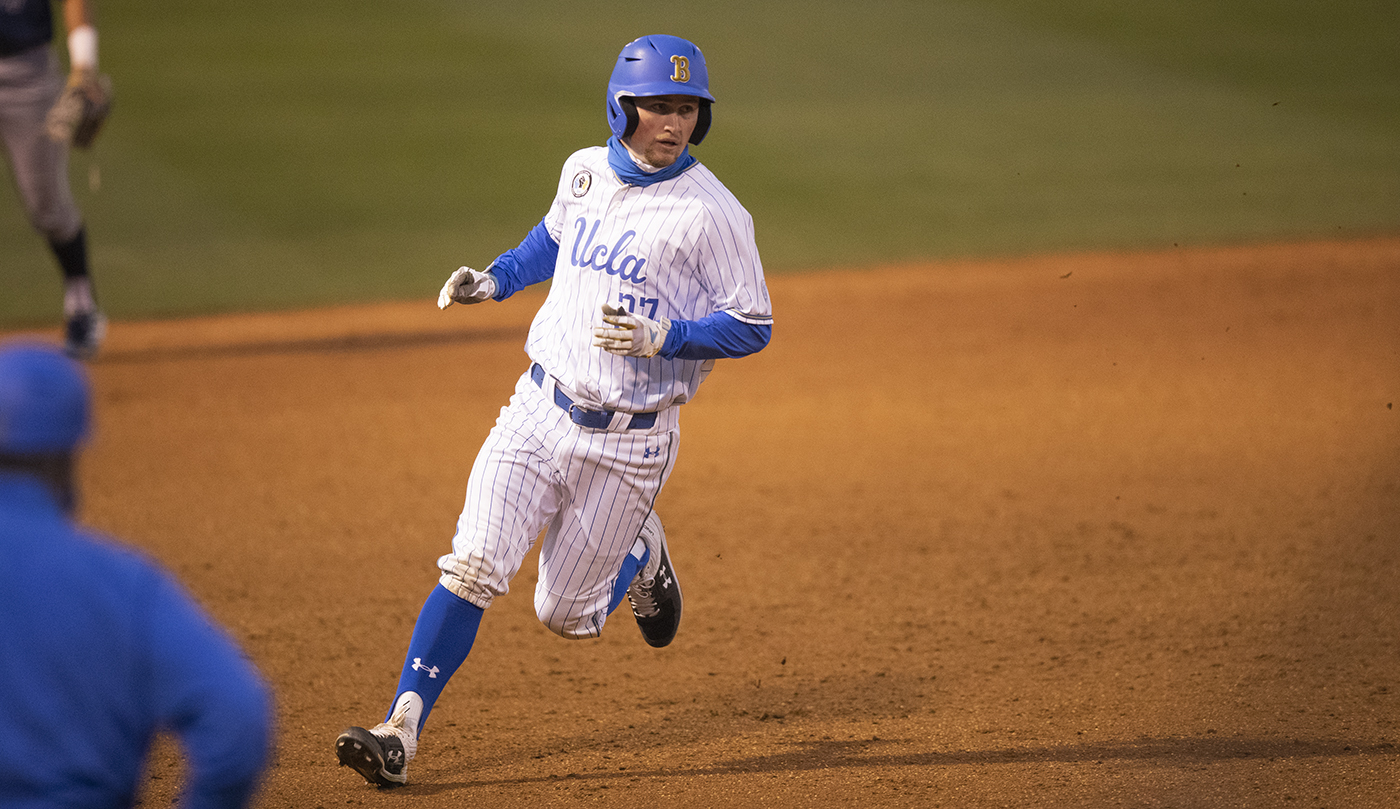