Sophomore setter/opposite Miles Partain goes up for a serve in UCLA men’s volleyball’s match against Pepperdine on April 9. Partain and the Bruins will take on the Waves in the opening round of the NCAA tournament Tuesday. (Patrick Shao/Daily Bruin) The Bruins will battle on familiar territory in the NCAA tournament.

UCLA men’s volleyball (21-4, 11-1 MPSF) will take on Pepperdine (19-9, 7-5) on Tuesday in the opening round of the National Collegiate Men’s Volleyball Championship at Pauley Pavilion. The blue and gold will be hosting the tournament for the 16th time in program history.

The last time UCLA hosted was in 2018 when it fell short to then-No. 1 seed Long Beach State by three points in the fifth set.

In a similar fashion this year, the winner of the Bruins and Waves will go on to face the top-seeded Beach in the semifinals May 5.

While some players on the current team squared off in the 2018 contest, coach John Speraw said it will be an all-new matchup.

“For the most part, (we’re) an entirely different team, (with) different experiences,” Speraw said.

Although the Bruins are returning redshirt senior middle blockers J.R. Norris IV and Ian Parish from that runner-up squad, the rest of the roster will be new to the tournament. Sophomore setter/opposite Miles Partain and redshirt sophomore middle blocker Merrick McHenry will both make their NCAA tournament debuts against the Waves.

“My distribution is balanced because we have such great hitters,” Partain said. “A lot of teams are more one-dimensional or two-dimensional. We’re six-dimensional ’cause we have players on the bench that can come in if someone’s not having their day.”

Partain previously won Mountain Pacific Sports Federation Offensive Player of the Week after the Bruins defeated the Waves in back-to-back sweeps in April.

The Waves entered the tournament with an automatic bid after ending the season on a five-game winning streak en route to an MPSF title. Pepperdine coach David Hunt received MPSF Coach of the Year acclaim for his team’s performance.

UCLA is coming off a five-set loss to Stanford in the MPSF tournament at Pauley Pavilion. The blue and gold did not automatically qualify for the NCAA tournament but received an at-large bid to secure its spot.

“It was exciting to be in front of our home fans,” McHenry said. “I think we went into the match too relaxed – we were definitely able to learn from that.”

Despite the MPSF tournament loss, Partain said he still believes playing at home is advantageous for the Bruins.

“This is where we love playing. … We’ve had so many reps in here,” Partain said. “That brings us a lot of confidence and we have gotten comfortable with how big it is and depth perception.”

The match will begin Tuesday at 5 p.m. 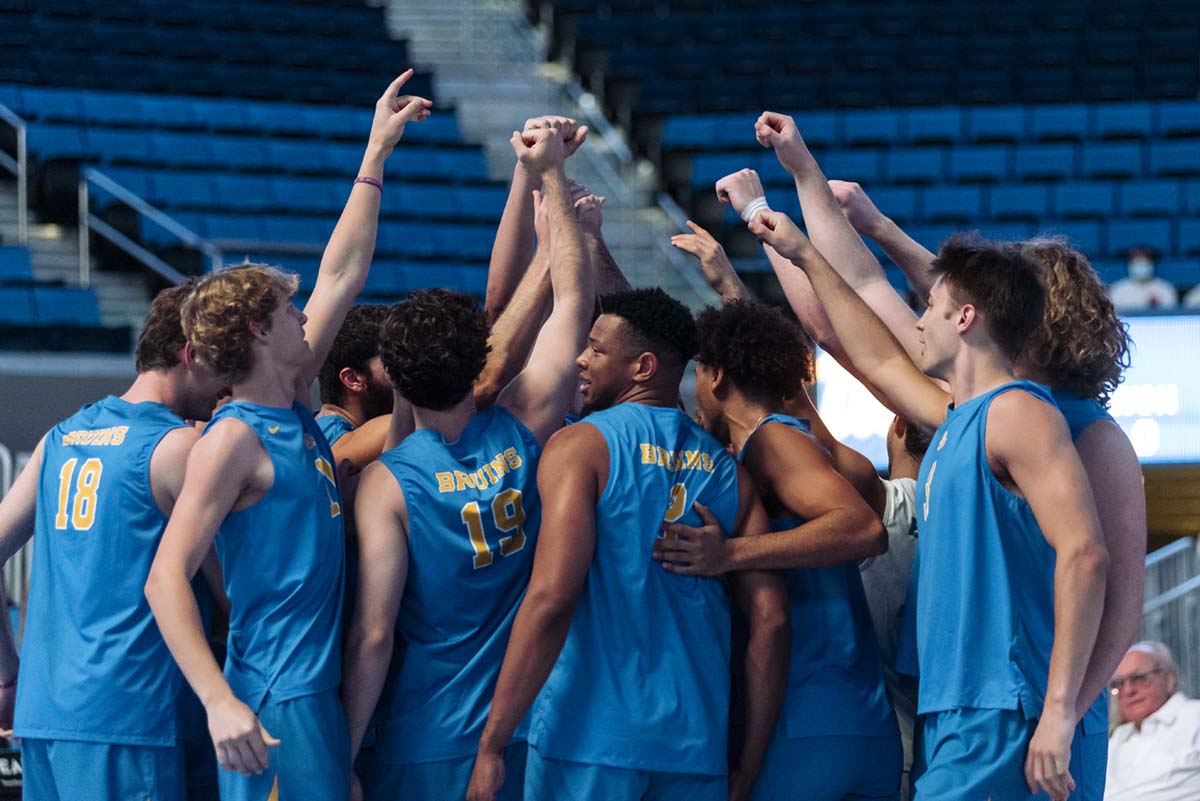