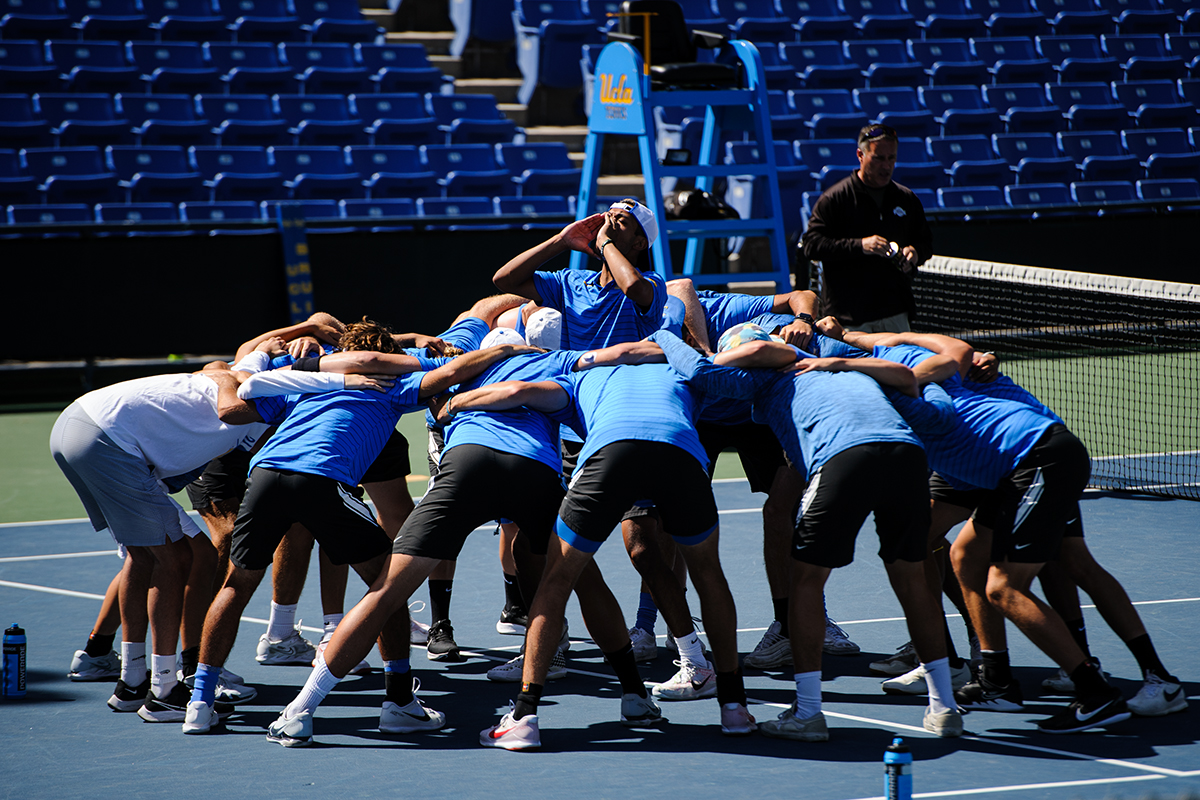 UCLA men’s tennis huddles before a match. The Bruins took three of their final four matches of the regular season, including a win over Weber State on Monday and a doubleheader sweep of UC San Diego on Tuesday. (Chelsea Westman/Daily Bruin staff)

The Bruins wrapped up their season winning three of four matches.

Junior Drew Baird and freshman Alexander Hoogmartens, who normally play on the top doubles and singles courts for UCLA, were both out for all of the contests because of injuries. Baird has not played since the Bruins’ match against TCU on March 10, while Hoogmartens’ last match was against USC on April 9.

Senior Patrick Zahraj and freshman Giacomo Revelli took over at the No. 1 doubles court and the top two singles courts for all but one of the matches in Baird’s and Hoogmartens’ absences while freshman Karl Lee and senior Bryce Pereira played on singles courts three and four, respectively.

Sophomore Stefan Leustian said that while the injuries are frustrating, they give others the opportunity to step up.

“It definitely gives a lot of chances for other people to lead,” Leustian said. “So Pat (Zahraj) playing at one is good because he’s able to play some really good players and get some really good wins.”

In its final conference matchup at Utah, UCLA was unable to secure a single point. After losing two doubles matches on courts two and three, singles play began with redshirt freshman Jeffrey Fradkin, who played on court five for the first time, losing to Mathias Gavelin 6-3, 6-2.

Making his court four season debut, Pereira lost to Bruno Caula 6-3, 6-4. The final point went to the Utes when Leustian was defeated by Bruno Krenn 6-4, 6-3.

UCLA was able to turn it around the next day against Weber State, starting by securing the doubles point with wins on courts two and three. Sticking with almost the same lineup as the previous day – aside from Leustian and Fradkin swapping courts – the Bruins were able to pick up wins on courts two, three and five.

Lee, who clinched the match on court three, said he tried to focus on his offensive game after coming back from losing the second set to achieve a 6-1, 4-6, 6-4 victory.

“I had a mindset coming into these matches today to become more offensive,” Lee said. “I had a bad habit of staying back and rallying instead of forcing the issue, but I did a good job of being aggressive today (Monday).”

Back in Westwood on Tuesday, the Bruins hosted the Tritons for a doubleheader and didn’t drop a single point, beginning with 6-1 wins on doubles courts one and three to secure the first point of the day.

Zahraj then got the first singles point of the day with a win over Daniel Traxler 6-1, 6-3 on court one. Fradkin followed on court five with a 6-0, 6-2 win over Sahm Irvine before Leustian clinched the win with a victory over Jett Cole 6-2, 6-2 on court four.

The final match of the regular season was conducted with singles play only, and the Bruins defeated the Tritons with wins on courts one, two, four and five.

“I’m, as a coach, more proud of their fortitude to just be absolutely mind over matter to get this done,” said coach Billy Martin. “The guys have really made up their minds that this is what they want to do, and we still have a good chance to make the NCAA tournament.”

UCLA will next travel to Ojai, California, for the Pac-12 tournament as the No. 5 seed. 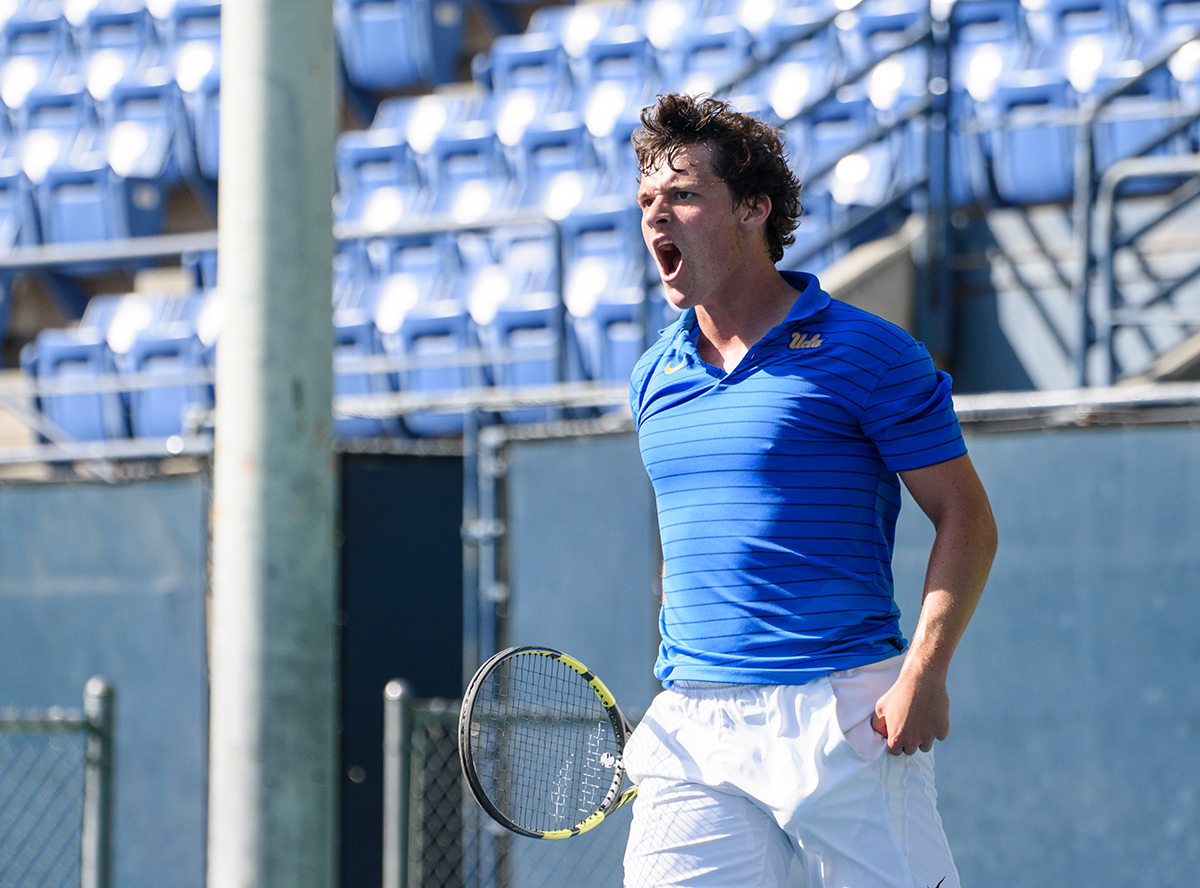 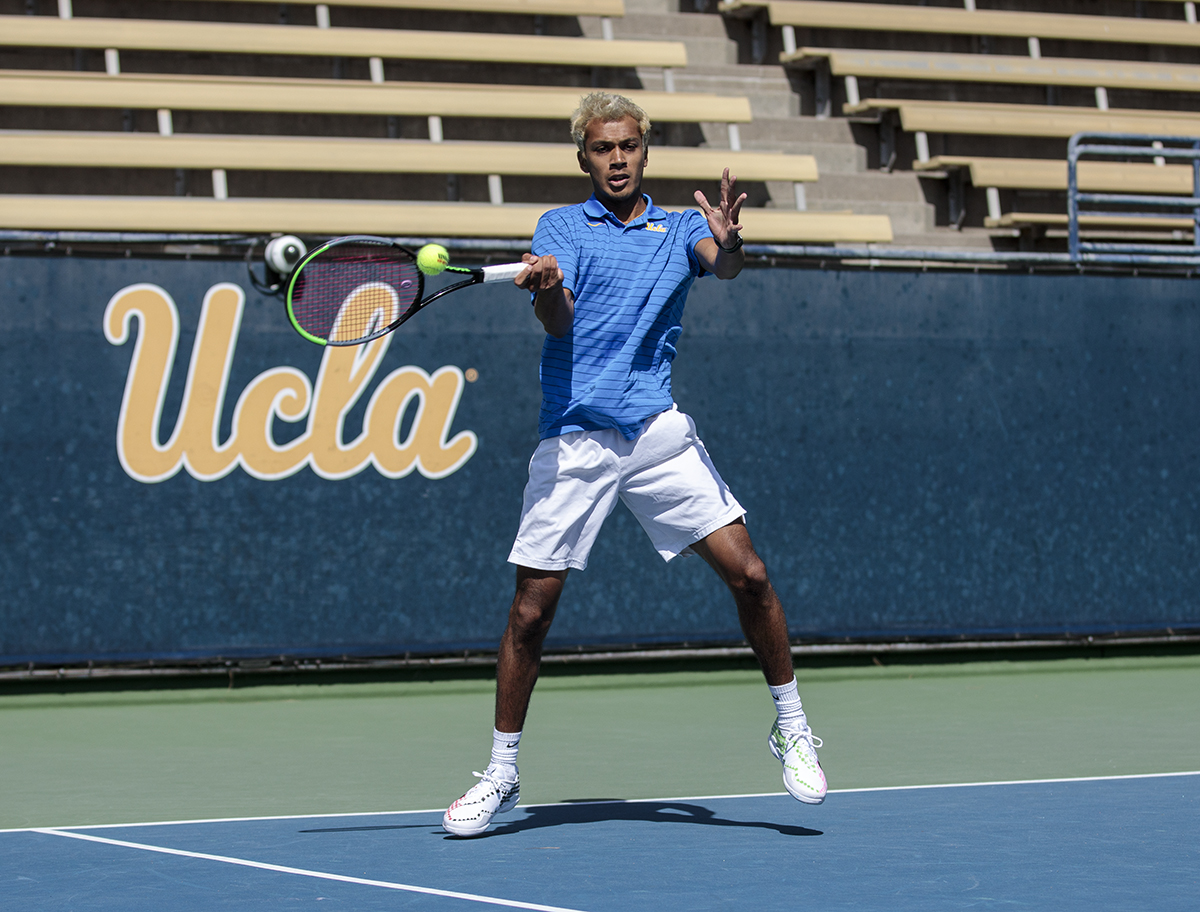 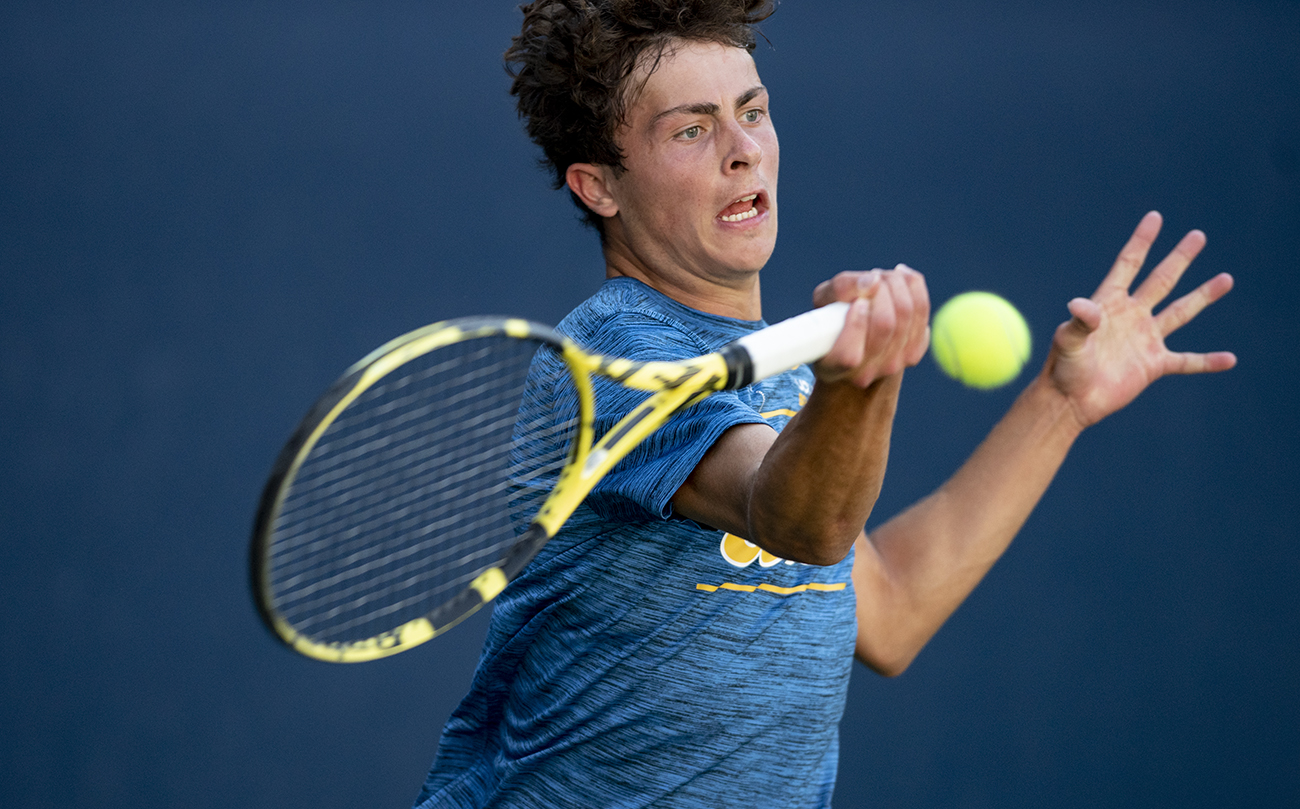