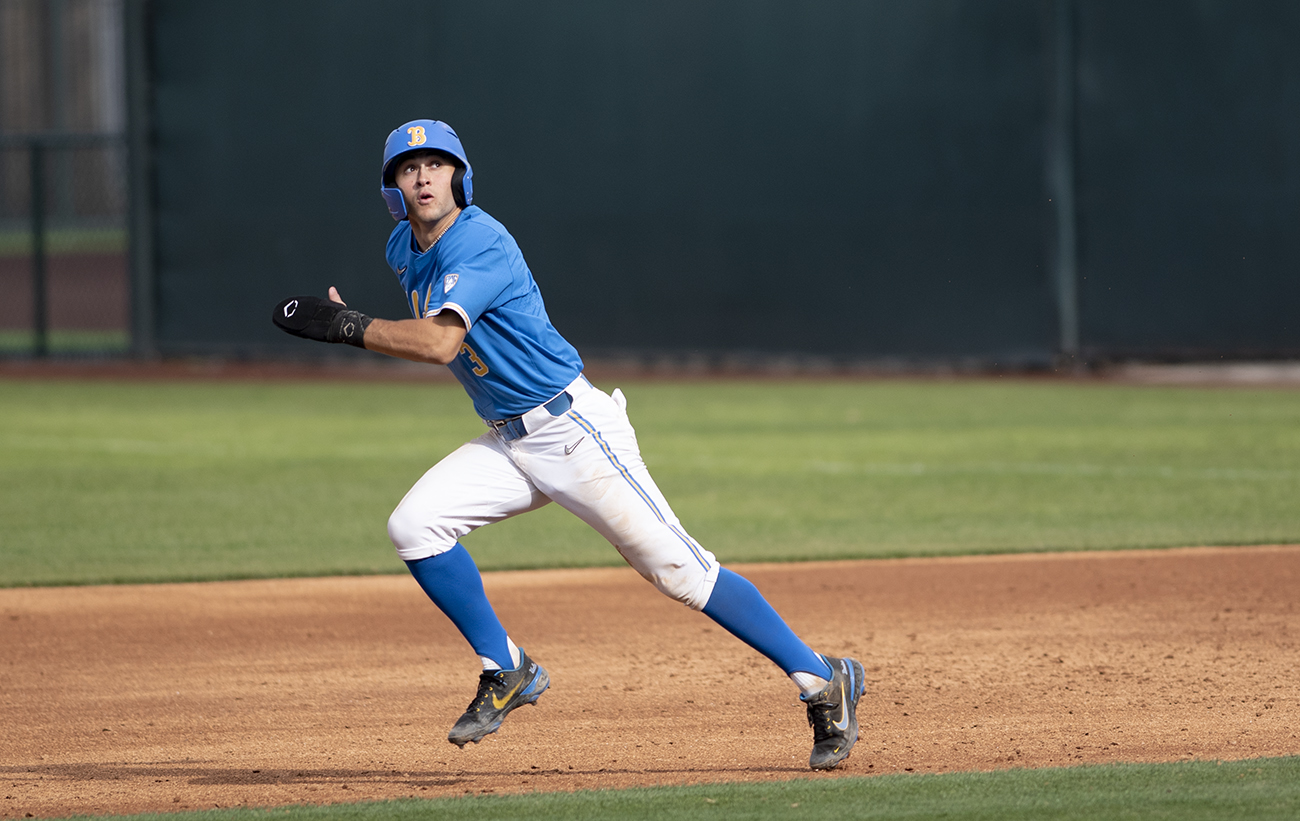 UCLA baseball freshman infielder Ethan Gourson watches the ball as he rounds the bases. Gourson will play in his first midweek contest with the Bruins, after hitting a walk-off home run in their game against Cal State Northridge on Sunday. (Chelsea Rose Westman/Daily Bruin staff)

Baseball is a sport in which the most successful teams can still expect to lose over a third of the time.

At the NCAA level, the latest College World Series champion, Mississippi State, still lost 18 games in the season, including 10 out of 30 conference games. In the MLB, a playoff bound, division-leading team will still lose about 60 of its 162 games.

However, there is one category – albeit of a smaller sample size – the Bruins managed to stay unbeaten in for the entirety of the 2021 campaign.

Coming off a season in which it managed to remain undefeated in all its midweek games, UCLA baseball (2-1) will have the opportunity to defend that unblemished record when it hosts Pepperdine (3-0) and Omaha (1-3) on Tuesday and Wednesday, respectively. Both games will be part of a nine-game homestand to open UCLA’s season.

While UCLA had a perfect 11-0 midweek record in 2019, they had not achieved that feat before that since the 2012 campaign.

On the bump for the Bruins on Tuesday and Wednesday will be a pair of freshmen. Against the Waves, left-hander Ethan Flanagan will receive the starting nod, while right-hander Thatcher Hurd will get the ball against the Mavericks.

“It doesn’t really matter what an individual guy does as long as we’re winning,” said redshirt sophomore right-hander Kelly Austin.

Flanagan’s Tuesday start will be the first collegiate appearance for the recruit out of Santa Margarita Catholic High School in Rancho Santa Margarita, California. The left-hander hasn’t seen the mound since his freshman year of high school.

Hurd will make his first collegiate start Wednesday, but he appeared in UCLA’s weekend series against Cal State Northridge, taking the mound in relief for Austin. Hurd retired six straight batters over two innings of work, striking out two.

Savage said his coaching staff had been preparing Hurd – the No. 1 right-handed recruit in California – to be a staple in the Bruins’ starting rotation.

“He’s really on track to be an exceptional Bruin,” Savage said. “I thought (Sunday) was a really good initial outing, and we can certainly build off that.”

The Bruins are coming off an opening weekend that saw them take 2-of-3 games from the Matadors. UCLA allowed 18 hits over the weekend, with Austin pitching six innings of shutout ball in the series finale Sunday.

The weekend’s lineup featured six newcomers, and two freshmen hit above .300 throughout the inaugural series.

Freshman outfielder Malakhi Knight provided an RBI on a 3-for-4 night Friday, while freshman infielder Ethan Gourson’s walk-off home run in extra innings Sunday sealed the series for the Bruins.

“Obviously, we have a really good freshman class,” Gourson said. “The older guys make it easy on us because they want us to do well.”

Pepperdine will come into Tuesday’s game having swept its opening series against Villanova. The Waves’ bats put up 29 runs over three games. Pepperdine is a familiar midweek opponent for the blue and gold, with at least two midweek meetings scheduled with UCLA in each of the past three seasons. The Bruins lead the all-time series 66-39-4.

Omaha dropped its opening four-game series to San Jose State, allowing 33 runs over the three games that it lost.

First pitch for both games is at 6 p.m. 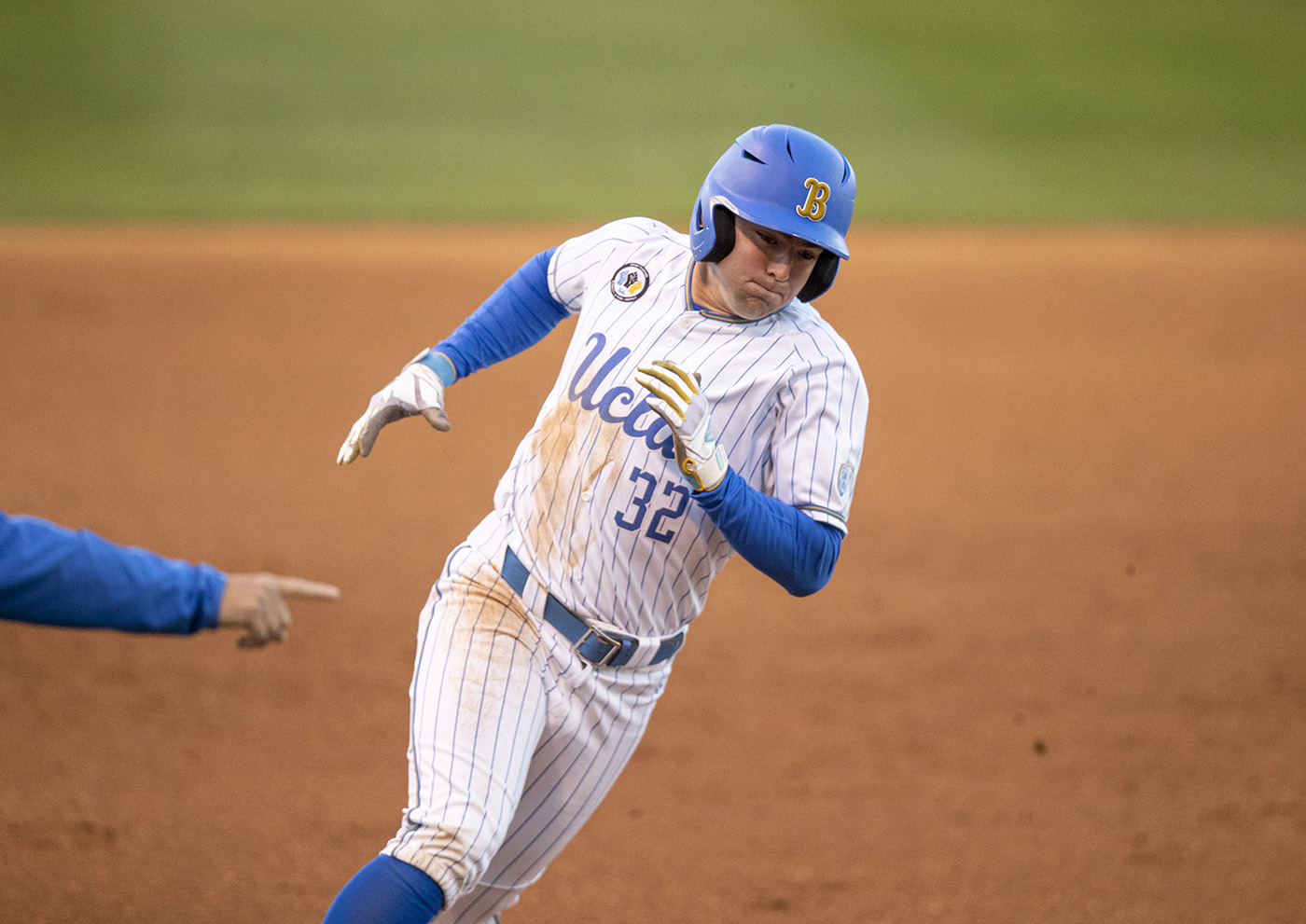 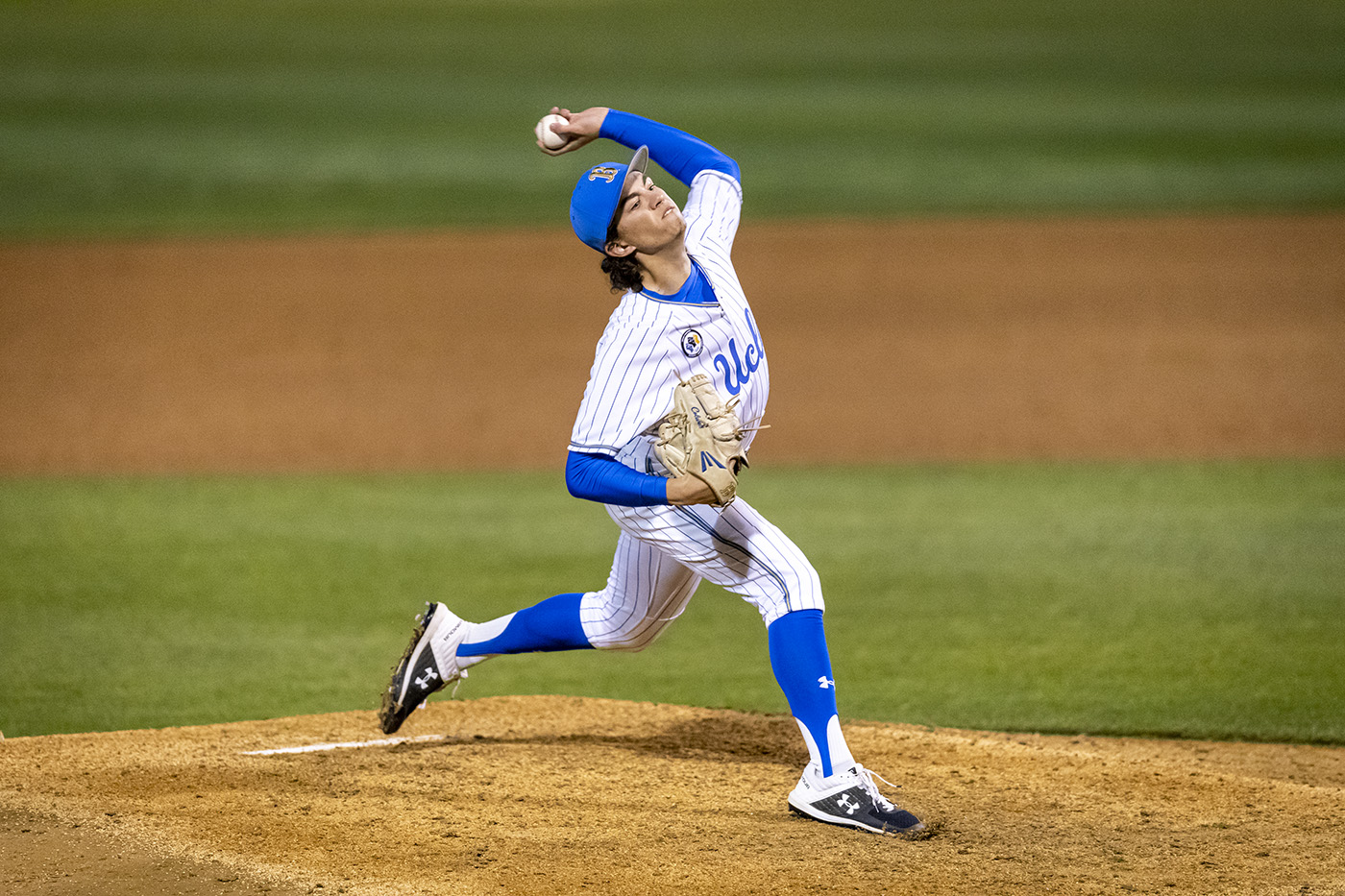 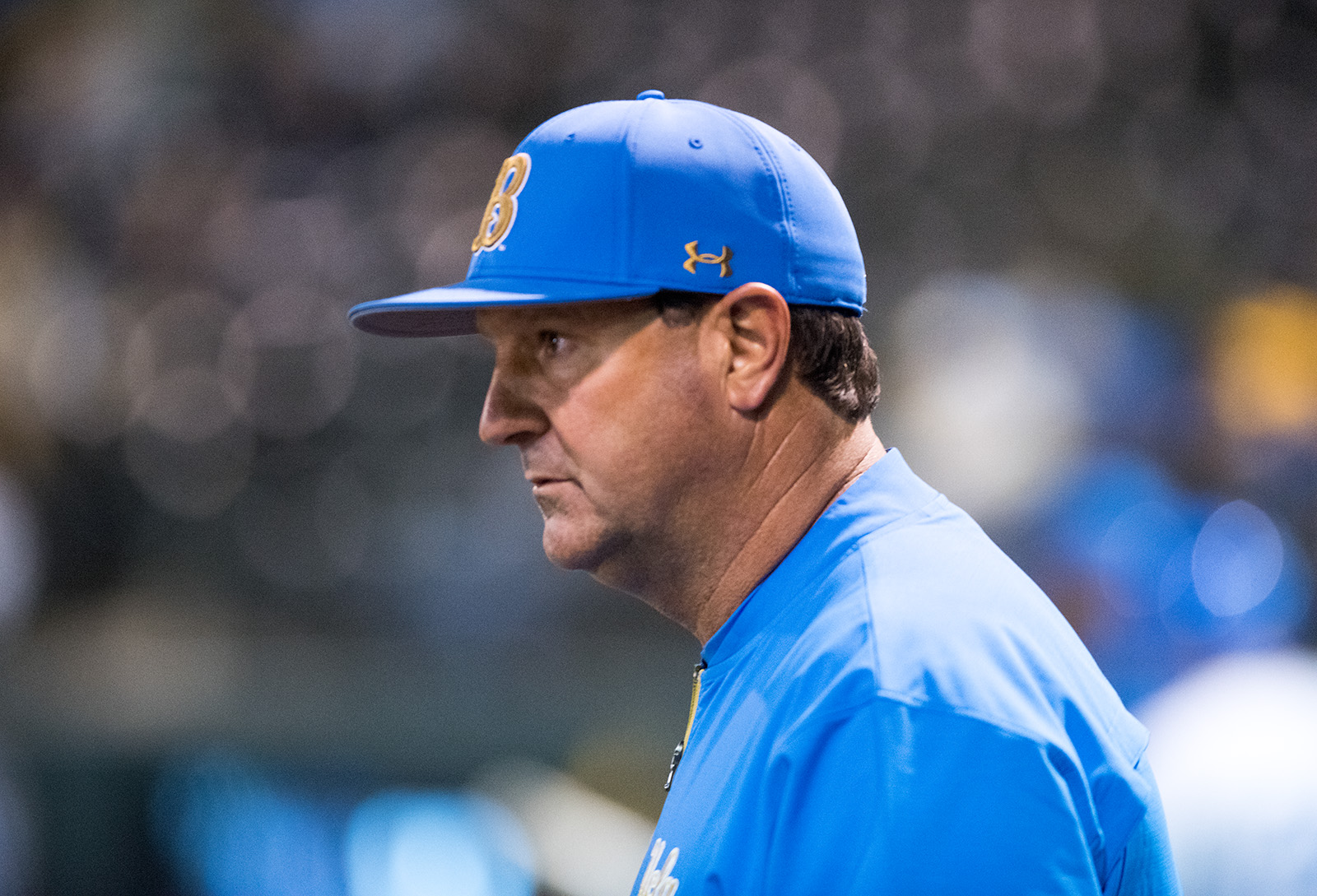 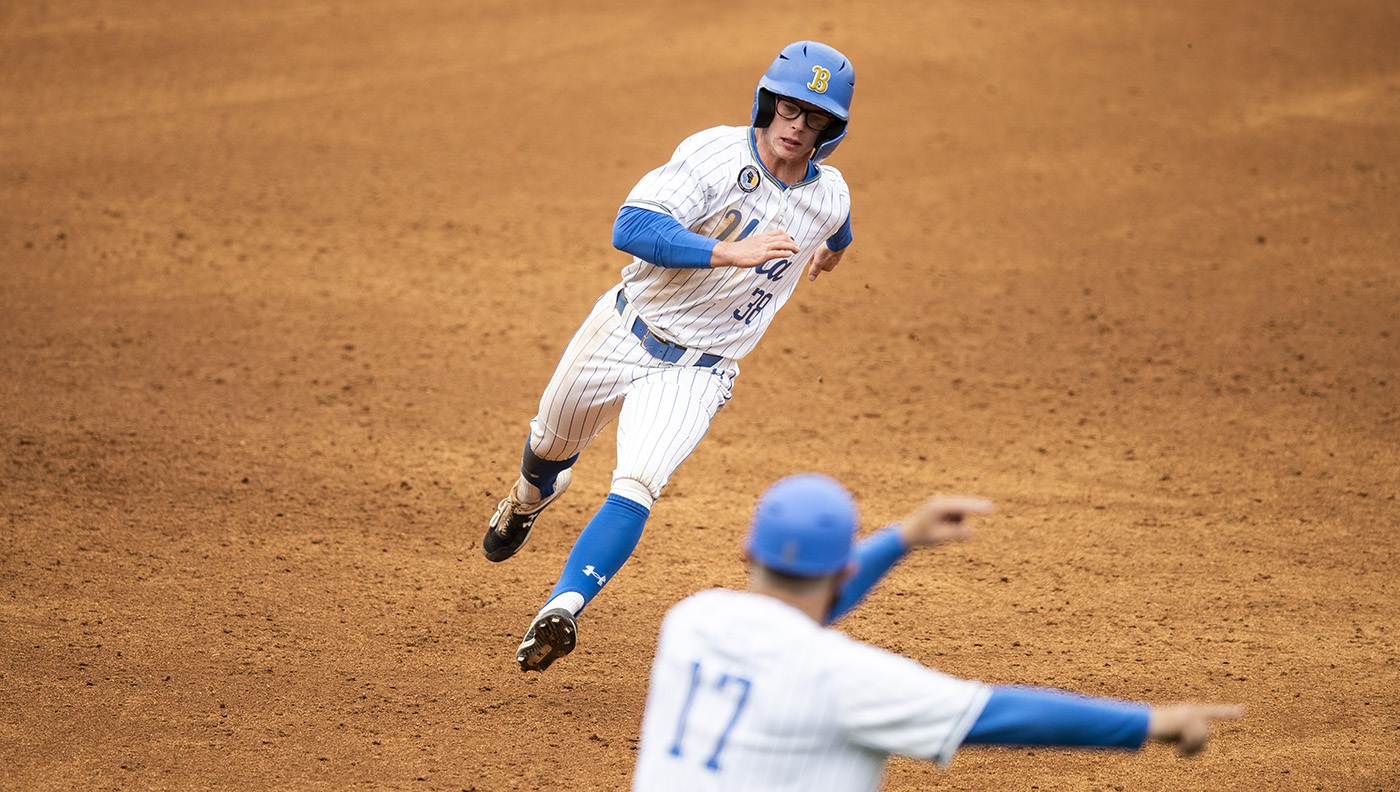