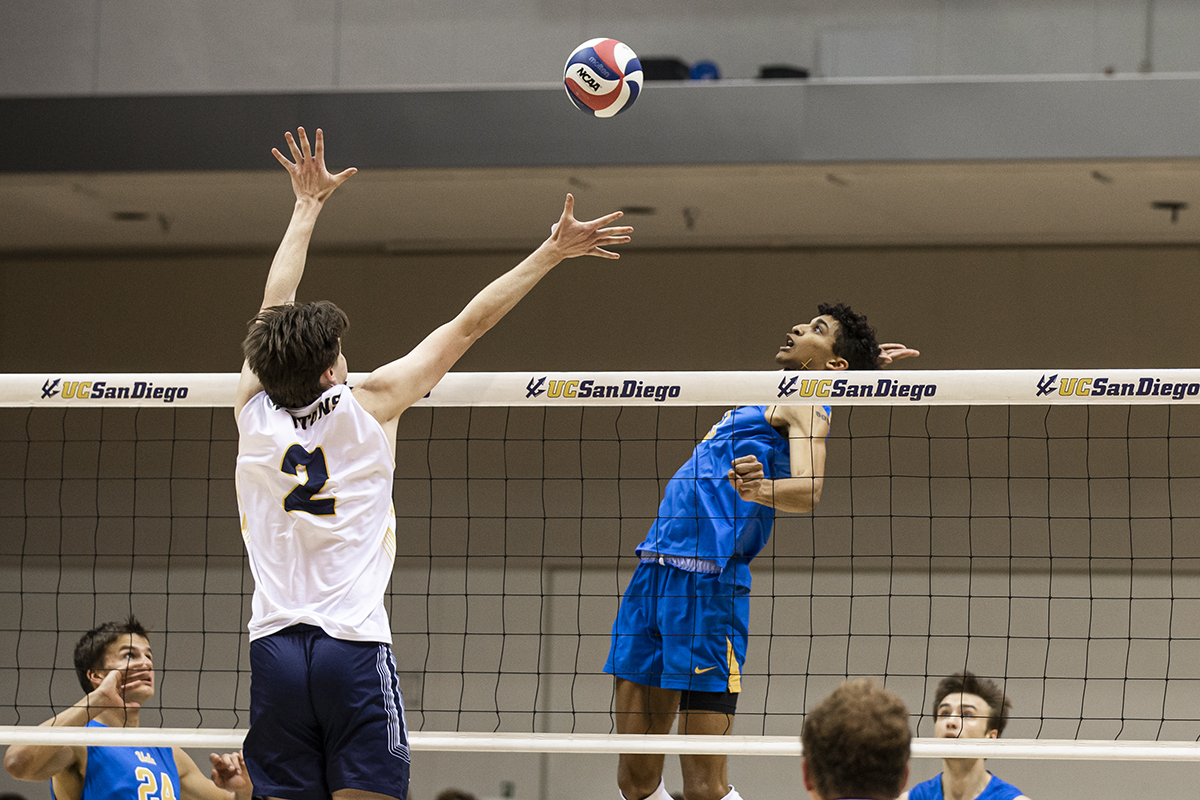 The Bruins faltered in a matchup between the top two teams in the country.

No. 2 UCLA men’s volleyball (7-2) was swept by No. 1 Long Beach State (7-1) on the road Friday night. The blue and gold lost the first two sets by a combined five points before nearly getting doubled up in the final frame.

UCLA held a 19-16 lead late in the opening set but was unable to capitalize on the advantage, losing the first set 25-22. The Bruins had less hitting success in the second period and posted a .162 hitting percentage to the Beach’s .393 en route to a 25-23 defeat.

UCLA never took a lead in the third and final set, losing 25-13.

“(Their serving pressure) mentally affected our game, especially in the third set, and kind of caused us to crumble,” McHenry said.

Freshman outside hitter/opposite Ido David led the team with nine kills as the blue and gold tallied its lowest single-match kills total of the season.

Coach John Speraw said the team struggled with passing and the left-side hitters did not perform as well as he would have wanted to see.

“At the end of the day, we just didn’t pass the ball well enough to get them involved as much as we would have liked,” Speraw said. “Our outside hitters – none of them were really bad, but none of them were great. They all hit in the two hundreds, and we’re just going to need to have better overall performances.”

The top-two matchup took place away from Bruin territory at the Walter Pyramid in Long Beach, where over 3,000 fans gathered to spectate. McHenry said the atmosphere was unlike any he’d ever experienced.

“There was definitely some pressure, especially behind the service line (with) people right behind you just screaming at you,” McHenry said. “Honestly, I loved it. It’s just something that fires me up.”

The lineup underwent several changes as the game progressed, one of which included switching up the libero. Freshman libero Matthew Aziz made his Bruin debut in the second set on Friday night and added a dig to the board.

Aziz said it was an incredible experience making his debut, especially against the No. 1 team in the nation.

“In probably one of the biggest games in NCAA men’s volleyball for this year, going in for the first time was super special,” Aziz said. “Of course, I was a little bit nervous. But once you get going, the sport of volleyball takes over and you lose all the butterflies.”

Speraw said the loss won’t dampen his team’s spirits, and a rematch against Long Beach State is up next for UCLA.

“I think there’s a lot of optimism, despite the loss, about what we can do moving forward,” Speraw said. “When you lose a match, it’s (another) phase of the learning process. And so, I think we’ll learn experientially here and continue to get better.”

The Bruins will face the Beach again at home Saturday at 5 p.m. 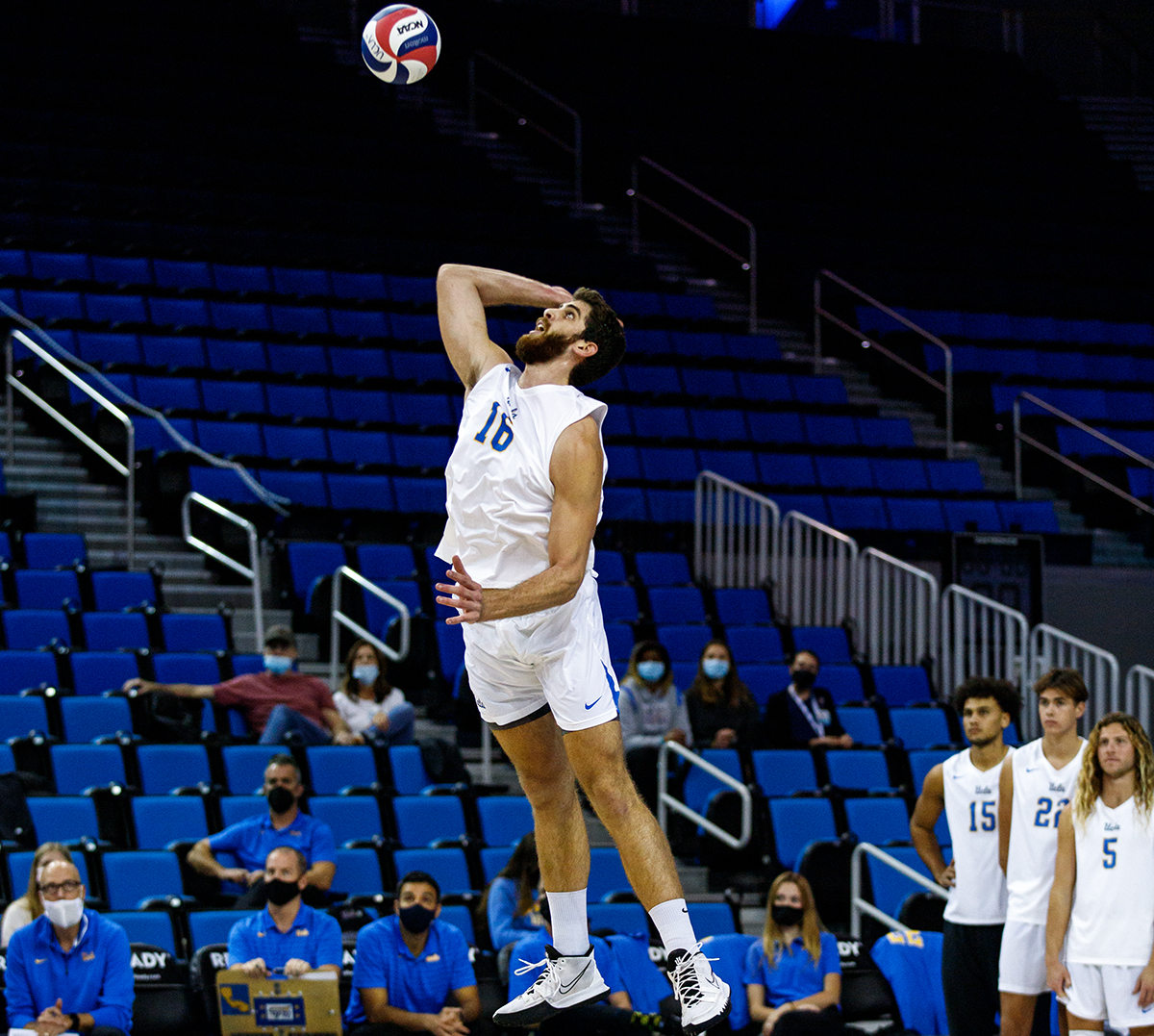 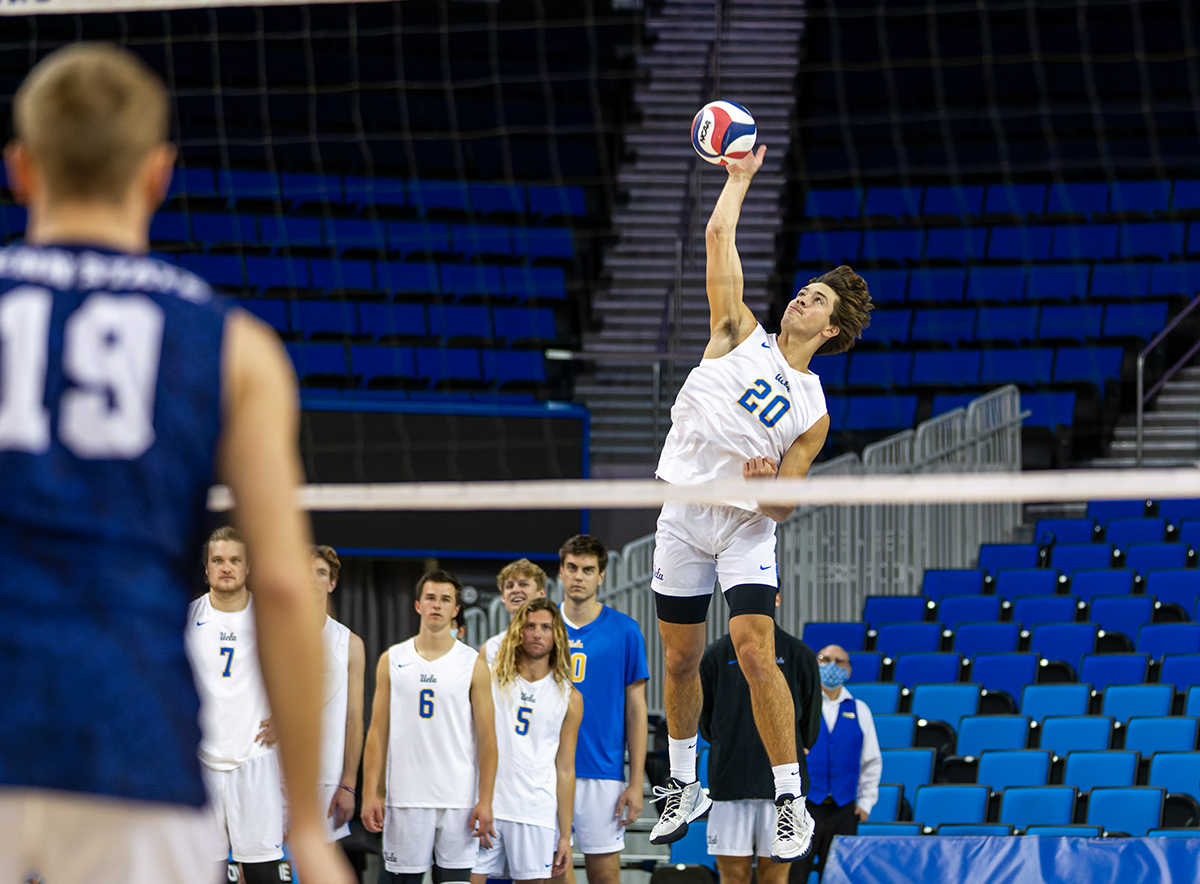 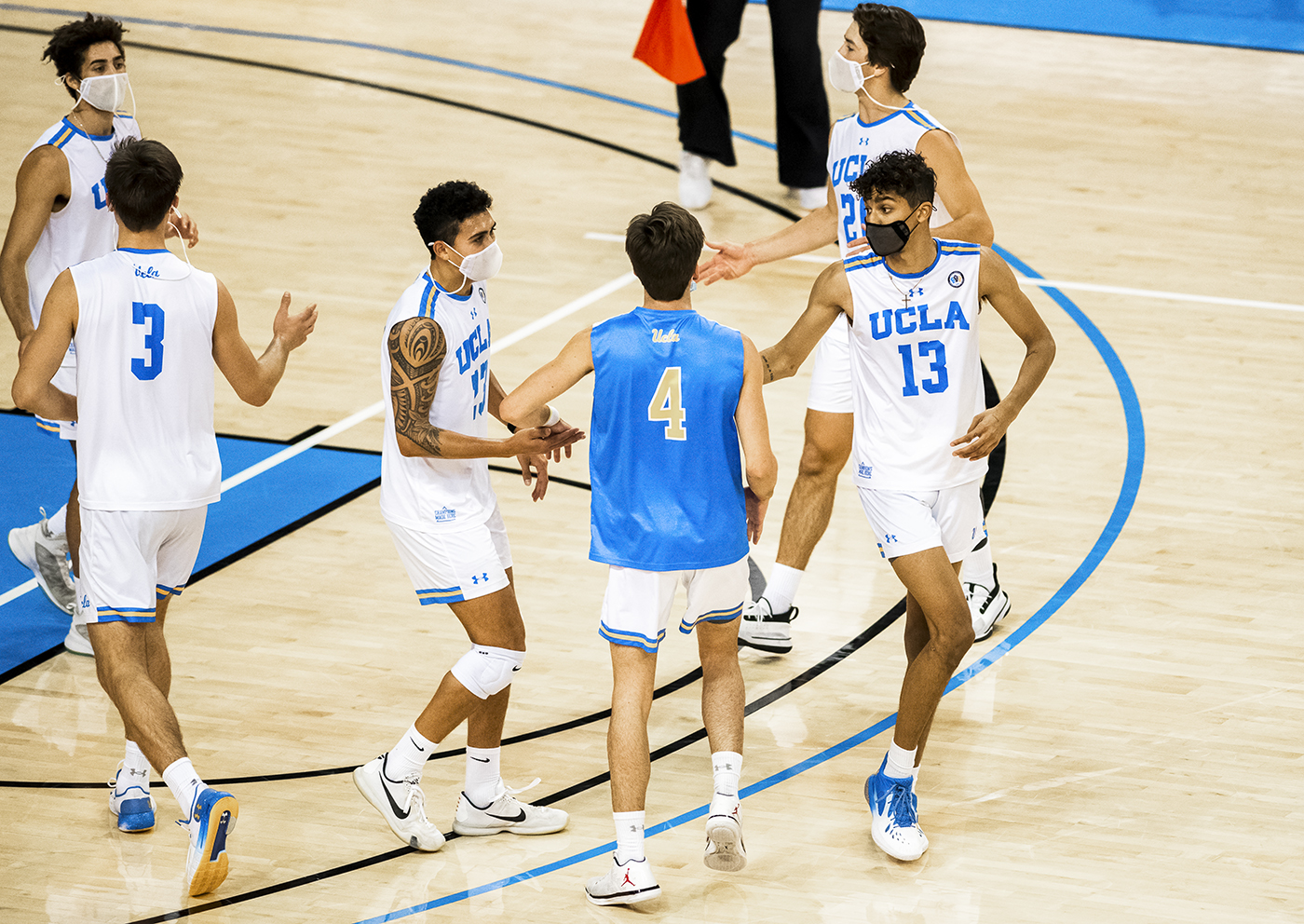