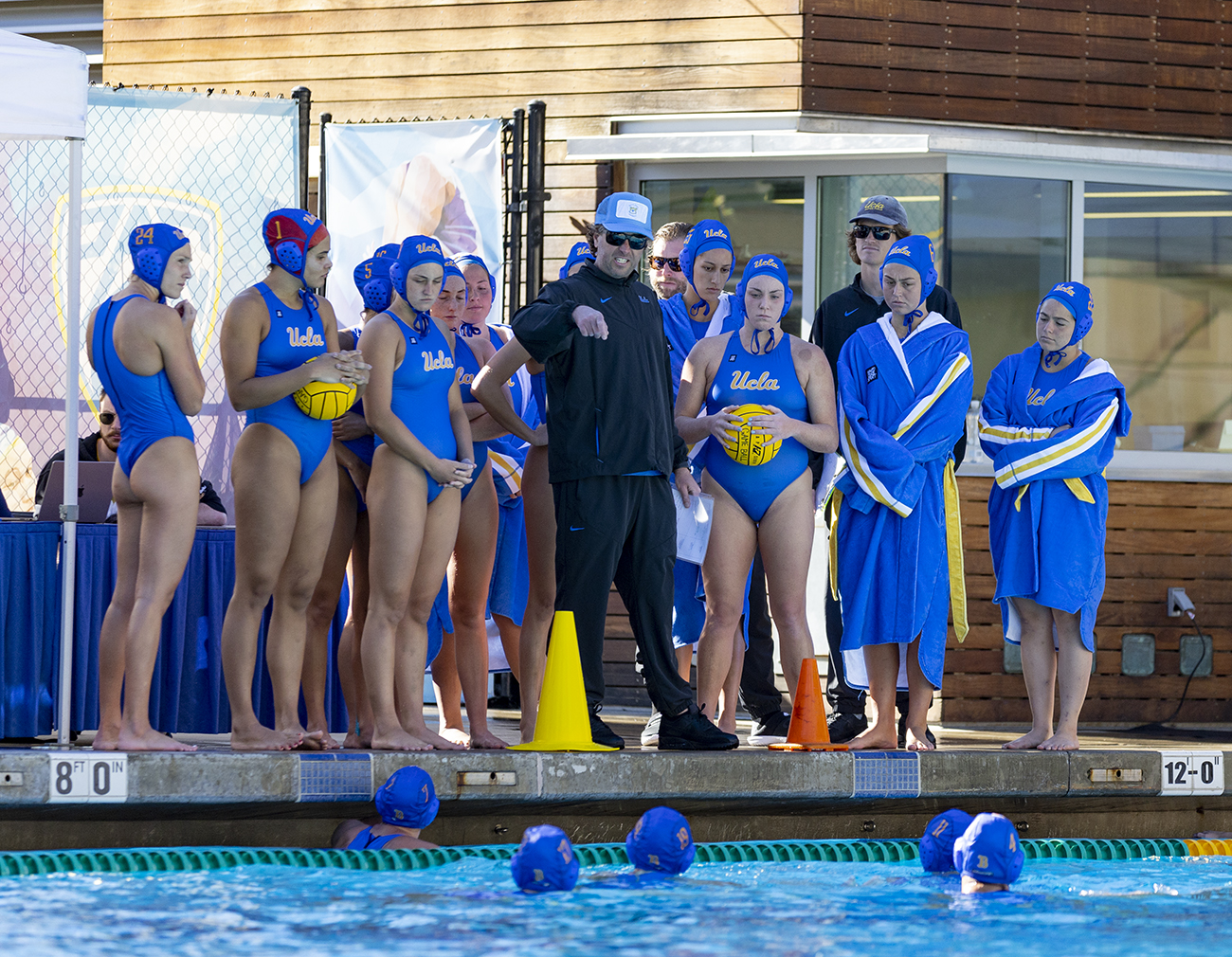 Coach Adam Wright instructs his team during a timeout. No. 3 UCLA women’s water polo extended its win streak to 11 games with wins over No. 11 San Jose State and No. 8 Fresno State on Friday and Saturday, respectively. (Christine Kao/Daily Bruin staff)

While the Bruins have won 11 straight to start the season, coach Adam Wright said he isn’t satisfied with his team’s efforts.

“We’re not where we want to be ultimately,” Wright said. “We got a week to clean up.”

No. 3 UCLA women’s water polo (11-0, 2-0 MPSF) remained unbeaten through the first three weekends of the season with wins over No. 11 San Jose State and No. 8 Fresno State on Friday and Saturday, respectively. But the blue and gold also dropped an exhibition contest against No. 1 USC to close out the weekend at Spieker Aquatics Center.

Although Wright said he saw some good things after the Bruins’ exhibition loss to the Trojans, he added that some of his players still aren’t homing in on the small aspects of the game.

“The biggest thing is for the players who are just starting with us,” Wright said. “The sooner they understand the little things and the big things, the much better off we’re going to be.”

Among the issues the Bruins faced was consistency, according to Wright. After outscoring the Bulldogs 5-0 in the third quarter Saturday, the Bruins were shut out 3-0 in the fourth quarter. UCLA missed all six of its shot attempts, including a penalty shot, and committed four turnovers during the final eight minutes of the game.

“We need to learn how to close out a game,” said senior attacker Val Ayala. “We need to carry that same kind of momentum and energy into the fourth.”

In contrast, the Bruins won the fourth quarter against the Spartans 5-2 in Friday evening’s game, shooting 55.6% from the field while committing one turnover.

Senior defender Bella Wentzel said the team needed to focus on being consistent throughout the game.

“It’s easy as the game goes on to kind of get lost and let your mind kind of wander,” Wentzel said. “What happened mostly in the fourth is we kind of let our minds get away from us and just let the energy go away.”

After hanging on to beat Fresno State, the blue and gold had a chance to regroup before taking on its crosstown rivals Saturday afternoon. While UCLA battled back from an early 5-2 deficit to tie the game at 6-6, USC pulled away by scoring six straight goals and seven of the last eight in the game to walk away with an unofficial 13-7 victory.

Taking on the Trojans for the first time in her career, freshman attacker Emma Lineback said her team needed to focus on being more active on both ends of the pool.

“As a team, I think we were pretty stagnant,” Lineback said. “If we can just get moving more, I think that would definitely help.”

During the 2021 season, UCLA matched up against USC three times, including a two-game series at home to close out the regular season. While the Bruins dropped a low-scoring affair to open that homestand, they rebounded with a seven-goal win the next day. The victory ended what was a 23-game winning streak for the Trojans and marked their worst loss in two decades.

Ayala said the exhibition was important for the team and provided some key takeaways moving forward.

“We saw a lot of really good things from our team,” Ayala said. “This gave us a lot of confidence, just knowing that there’s nothing to be afraid of. We can play with anyone.” 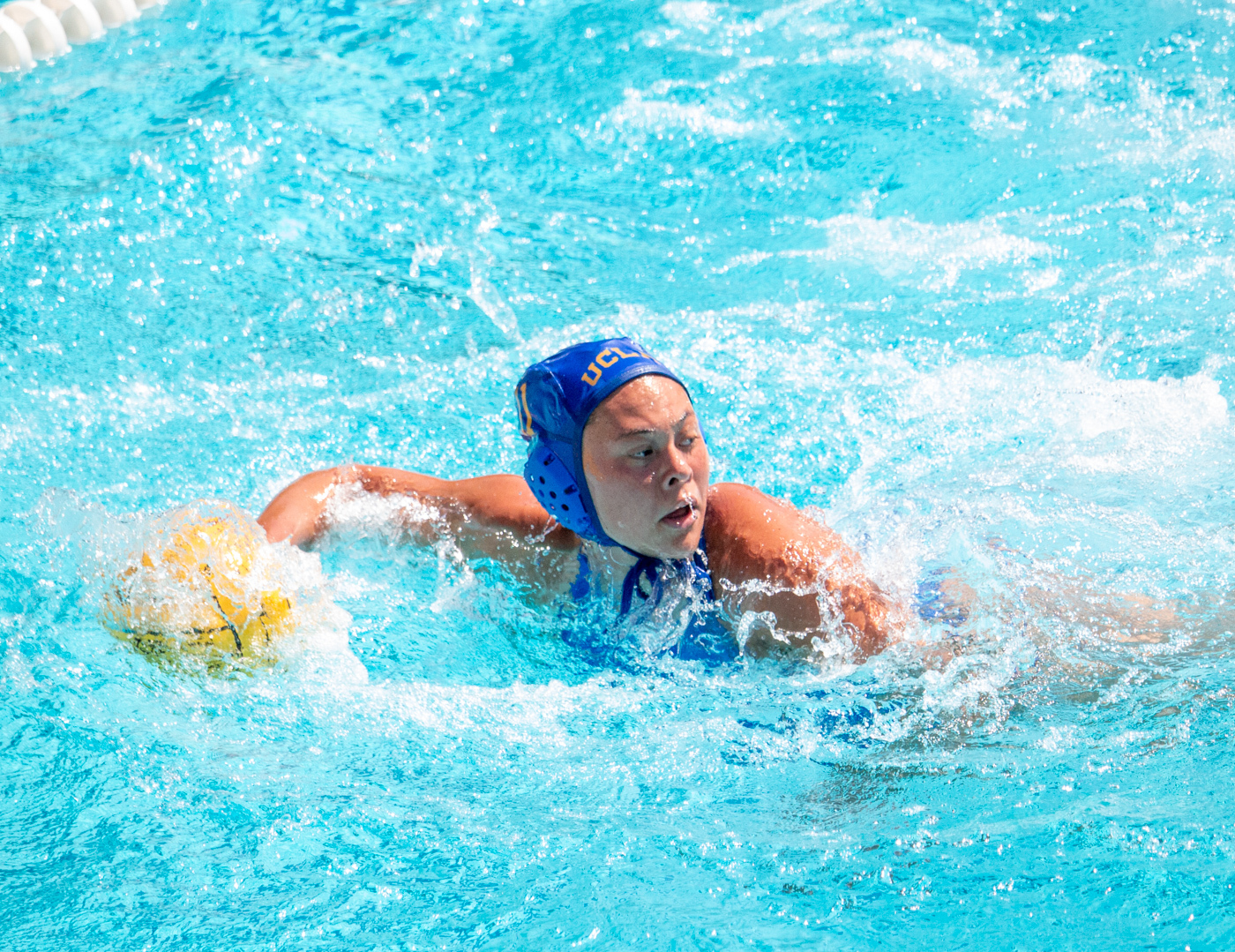 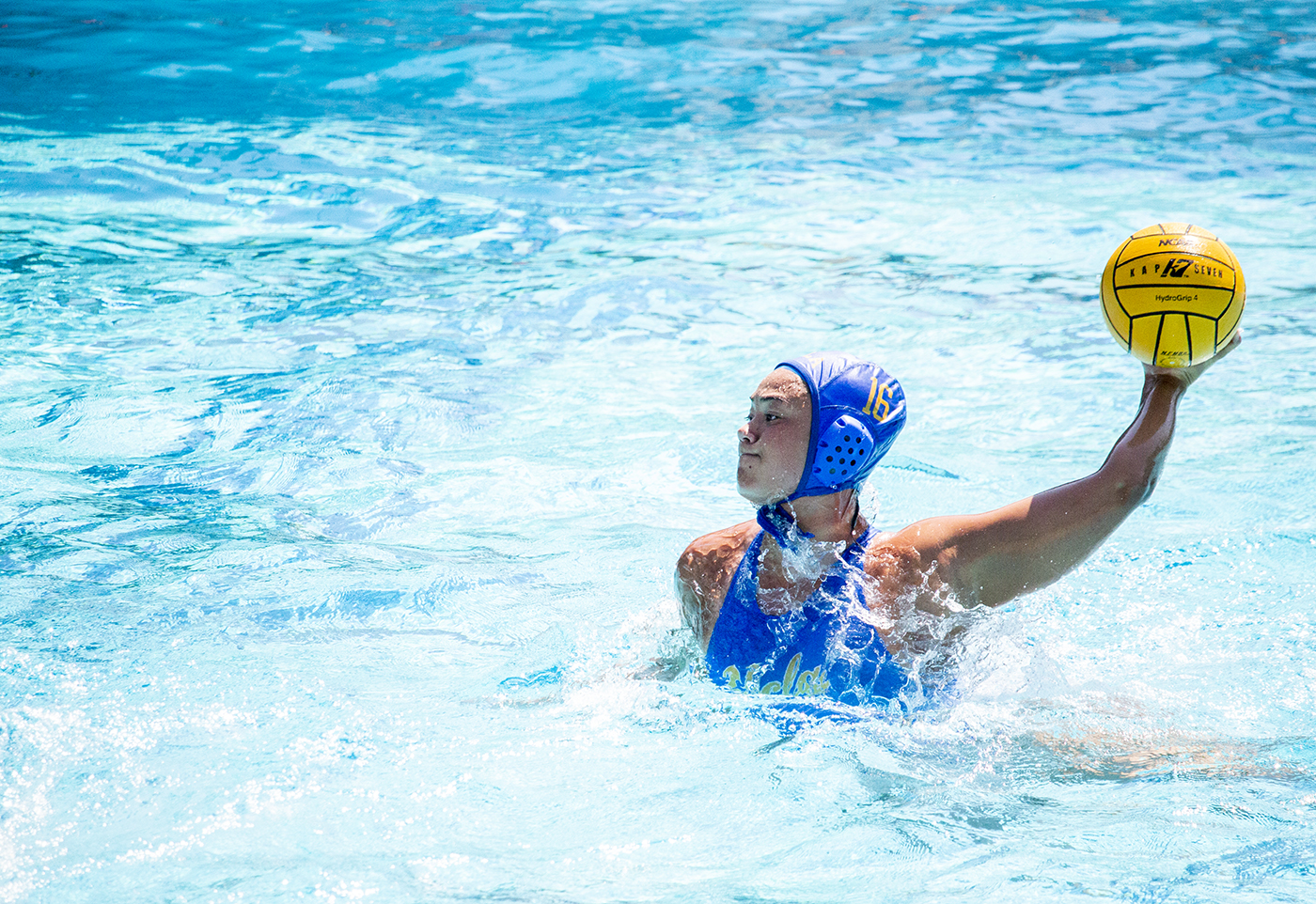 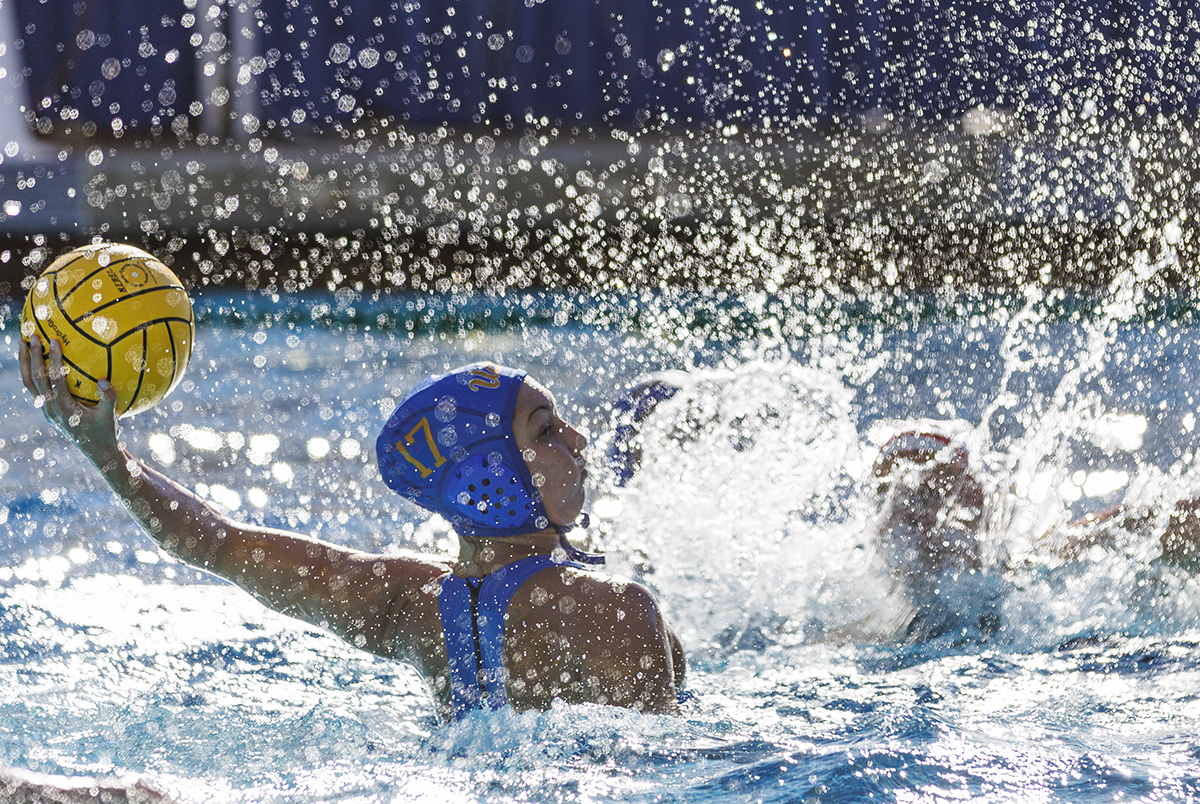