UCLA swim and dive freshman swimmer Eva Carlson takes a breath in the middle of a race. Carlson claimed first place in the 100-yard breaststroke in dual meets against both Stanford and California over the weekend. (Ashley Kenney/Photo editor)

The Cardinal and Golden Bears have once again bested the Bruins in the pool.

“These are two really hard teams, two of the best teams in the country,” coach Jordan Wolfrum said. “We came in, held our own, picked up wins, had great momentum all the way through and fought really hard.”

The Bruins won three out of 16 events against the Cardinal, with swimmers picking up second-place finishes in nine other events. Despite losing by 50 points to Stanford, UCLA’s 119 points was the highest dual meet score earned by any team that had faced the Cardinal up to that point in the season.

After the Bruins lost four straight events to start the meet, freshman swimmer Eva Carlson won UCLA’s first event against Stanford with a first-place finish in the 100-yard breaststroke, an event she had won in three dual meets prior to Friday. Freshman swimmer Ana Jih-Schiff placed second in the event behind Carlson, finishing .44 seconds after her.

UCLA’s next win came in the second-longest race of the meet with freshman swimmer Paige MacEachern touching the wall first in the 500-yard freestyle, 1.72 seconds ahead of Stanford swimmer Meghan Lynch.

Butler said she was unaware how close she and Sculti were during each round of the event and that she was happy to get a win against a tough program.

“(The win) was definitely unexpected,” Butler said. “There was a series of events that had to occur for that to happen, so I think just the fact that it was a little unexpected was super fun, and everybody was really supportive.”

As she did against Stanford, Carlson earned the first win of the day for UCLA against Cal in the 100-yard breaststroke, picking up her fifth dual meet victory of the season in the event Saturday. The freshman edged out the Cardinal runner-up in the event by .02 seconds despite taking .38 seconds longer than her opponent to complete her second lap.

With wins in the event on both days of the weekend, Carlson was the only UCLA swimmer to log an event win against both Stanford and Cal.

Senior swimmer Claire Grover notched the second win of the day for the Bruins in the 50-yard freestyle, immediately following it up with a first-place finish in the 100-yard freestyle after finishing third and second in the respective events the day before.

The back-to-back wins made Grover the only Bruin swimmer to win two events in one meet over the weekend.

Rounding out the list of swimmers to earn a win against Cal was Jih-Schiff, who claimed victory in the 200-yard breaststroke.

“Everybody stepped up to the race and did the best they could,” Carlson said. “It’ll boost confidence going into the rest of the season.”

On the diving side, UCLA edged out both Cal divers in the 1-meter and 3-meter events. Butler won the 1-meter dive for the second day in a row followed by freshmen divers Maya Salvitti and Zoe Jespersgaard in second and third place, respectively. Jespersgaard claimed a first-place finish in the 3-meter with Butler behind her in second.

Though UCLA as a team fell to both of its opponents over the weekend, Butler said she was impressed by how the Bruin divers performed.

“It’s a super great check in to where we are at this point in the season, and it’s always fun to be able to watch your teammates succeed as well,” Butler said. 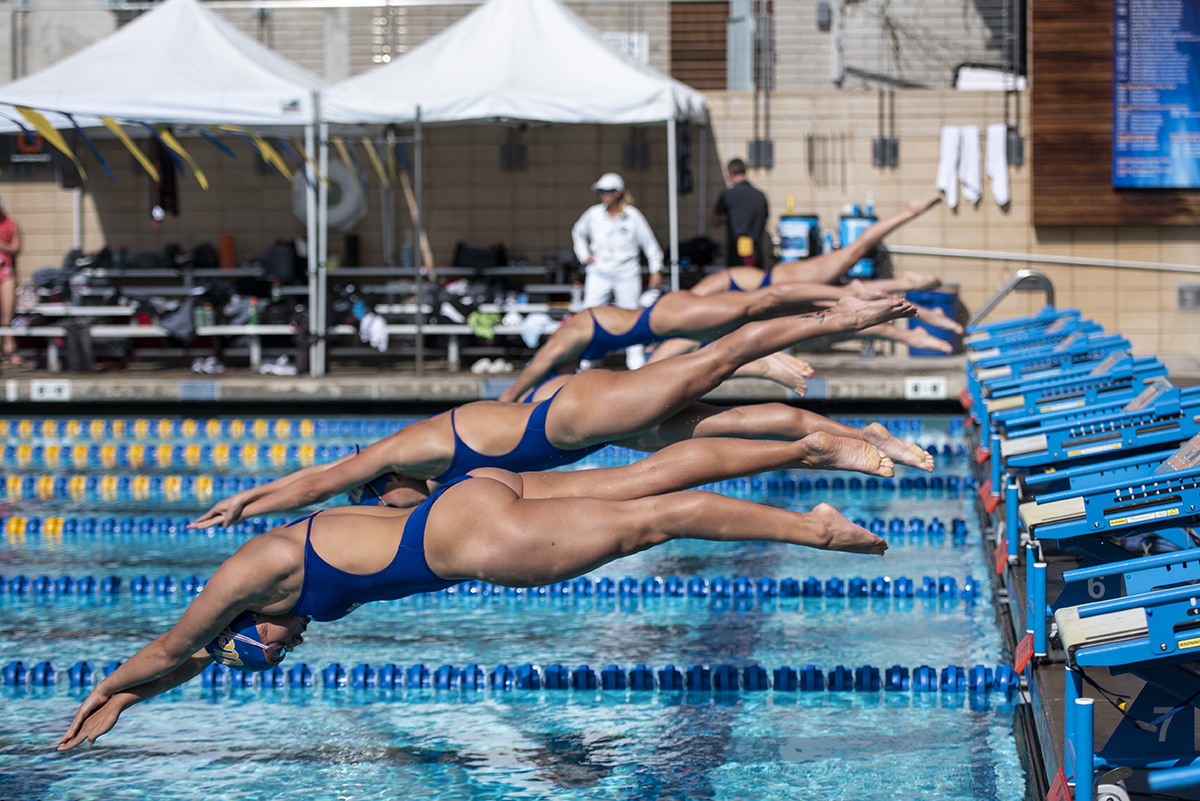