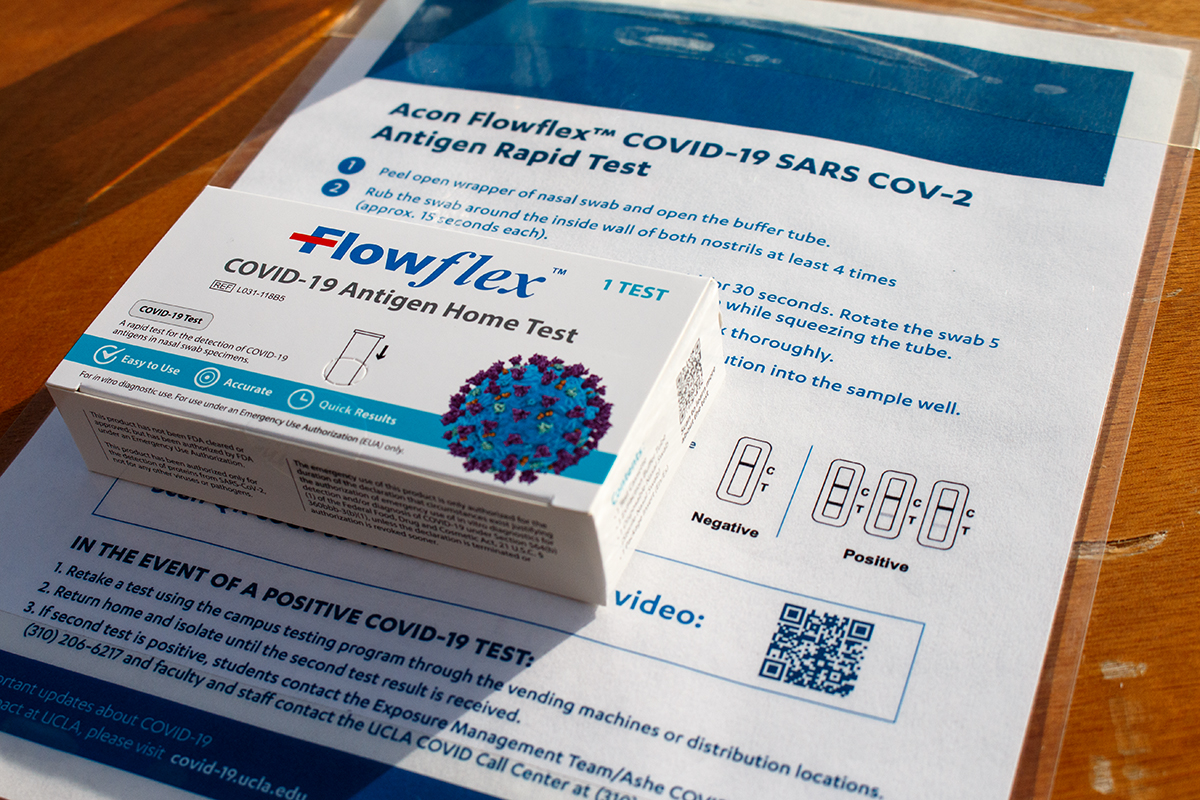 A rapid antigen test sits on a table at a UCLA COVID-19 testing site. Rapid tests – though not as sensitive as the university’s saliva-based PCR tests – are practical for quickly gauging one’s risk of spreading the virus, experts said. (Megan Cai/Daily Bruin)

After returning to UCLA following winter break, some students faced issues with the monitoring of mandatory rapid antigen tests and false-positive results.

UCLA requires students living in on-campus dorms and university-owned apartments to self-administer rapid antigen COVID-19 tests and provide proof of a negative result before moving into their housing, according to a Dec. 21 campuswide announcement.

Adrian Soto, a third-year chemistry student, said when he first moved back into his UCLA Housing apartment Jan. 8, he received a rapid antigen test from his apartment’s front desk. After receiving an explanation about how to take the test, he took it in the bathroom and presented the results to the apartment front desk, where a staff member verified his negative test result and let him enter his apartment.

However, Soto said he felt this process lacked supervision and could easily be cheated.

“There was no way for them to have really known that I hadn’t left and had gotten someone else to take for me or had not taken it there and had brought my own (test),” Soto said. “Of course, I didn’t do any of that, but it was something I realized after I had taken it.”

Michael Mattingly, a third-year statistics student, said when he first came to campus during the second week of January he took a rapid antigen test in the Covel Commons Grand Horizon Ballroom. After receiving a positive test result, Mattingly took a PCR test and was instructed to contact both the UCLA COVID-19 hotline, which was fully occupied when he called, and UCLA Housing while he awaited the result.

UCLA spokesperson Bill Kisliuk said in an emailed statement that students who initially test positive on the rapid tests must also confirm their result with a PCR test. UCLA Housing’s website now directs individuals who test positive to contact the Arthur Ashe Student Health and Wellness Center via email.

While UCLA officials asked if Mattingly could isolate at home instead of on campus, he chose to remain on campus because he lived more than five hours away by car and did not want to endanger his immunocompromised family members.

Multiple days after being placed in isolation with another COVID-positive student, Mattingly was notified of his negative PCR test result while his isolation roommate received a positive PCR test result. After receiving his positive result, Mattingly’s roommate left the room to isolate in his then-empty dorm room. Mattingly then took another PCR test to confirm he had not contracted COVID-19 from his isolation period. He received his second PCR negative test result and left his room three days later.

Due to the greater reliability of PCR tests, if someone tests positive with a rapid test but then tests negative with a PCR test, it means the rapid test likely produced false-positive results.

Kisliuk said that while UCLA had initially implemented a pair-isolation protocol in anticipation of a large number of cases, a lower-than-expected case rate has led many students to opt for isolating individually. However, COVID-positive students may still be isolated in pairs based on necessity, he added.

Although rapid antigen tests are not as sensitive as PCR tests, they are still reliable and are used because of their speed in returning results, said Dr. Alice Kuo, professor of health policy and management. Kisliuk said the quick turnaround was the reason UCLA implemented them for students returning to campus.

PCR tests look for smaller quantities of the virus before returning a positive result, which leads to a longer wait time, Kuo said. Rapid antigen tests specifically detect the protein that causes COVID-19, and are quicker than PCR tests but less reliable in their results, she added.

Research is still being conducted on whether rapid antigen tests, like the ones used at UCLA, do a good job at detecting the omicron variant of COVID-19, but Kuo said the more important priority is to ensure people have access to consistent, widely available testing.

“I don’t think the issue is whether the antigen or the PCR test is better at detecting omicron versus delta,” Kuo said. “I think the issue is that we probably never really ramped up our testing ability in this country compared to other countries.”

According to Kuo, now that many people are vaccinated regular testing is not only important to understand if they themselves are infected, but also to monitor how likely the virus is to spread to others.

Kuo said she recommends the creation of what she called a warm zone, where students who initially test positive can individually isolate and wait for confirmation from their PCR results.

According to UChicago Medicine, interpreting rapid test results while taking symptoms into account can help individuals decide whether to isolate or whether to attend gatherings. If someone is not boosted and believes they may have been exposed to an individual with COVID-19, they should still isolate themselves for five days, even if they are asymptomatic.

Kisliuk said with a rapid increase in COVID-19 cases associated with the omicron variant, UCLA does not have information regarding the rate of false positives from rapid antigen testing.

Mattingly said he believed UCLA was unprepared to account for students who receive false-positive test results from rapid antigen testing.

When asked about UCLA’s system that could place positive students with those who have a false positive, Kuo said the school’s response is imperfect but the criticism may be too harsh.

“I think that is not ideal,” Kuo said. “I think that the campus is probably doing its best to figure out how to keep people safe.” 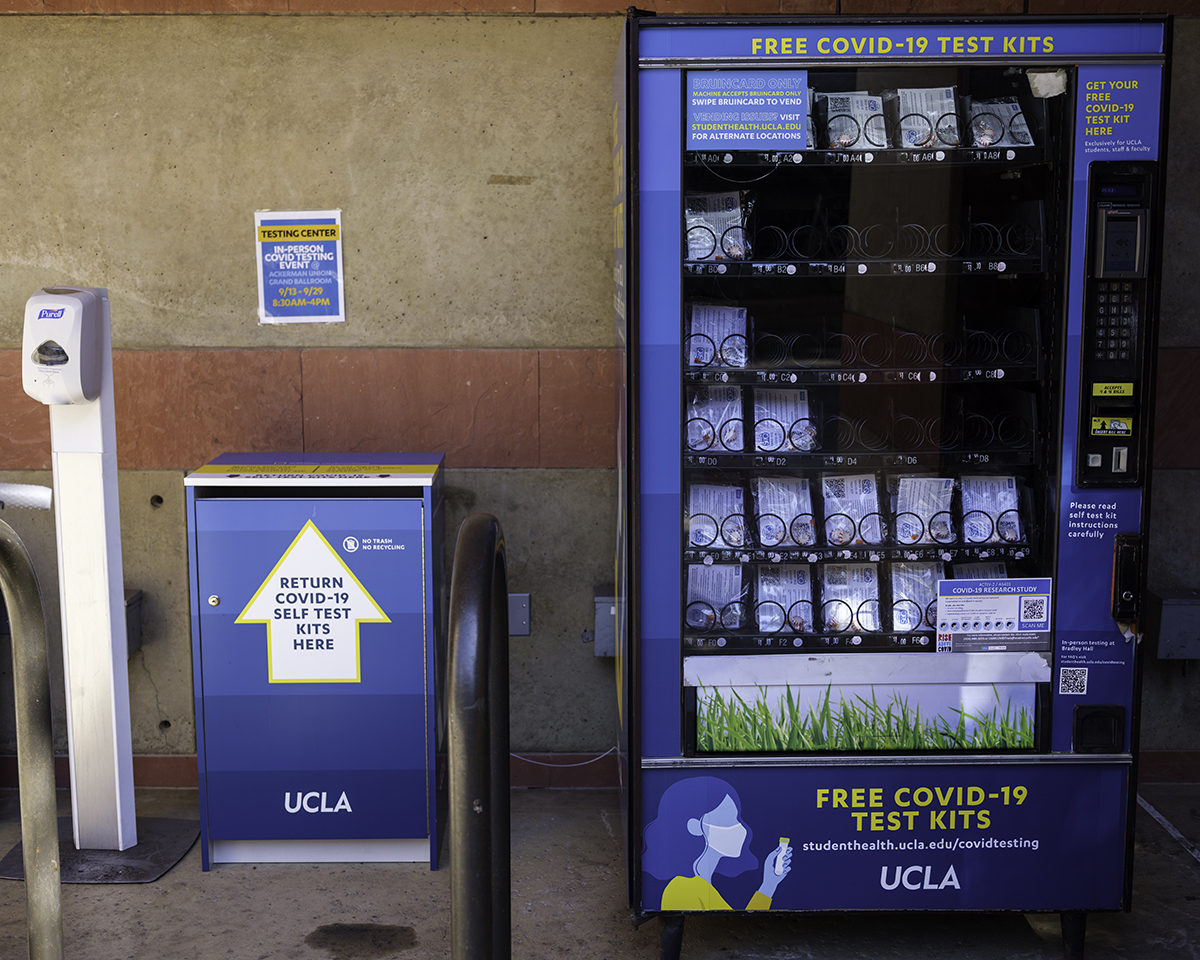 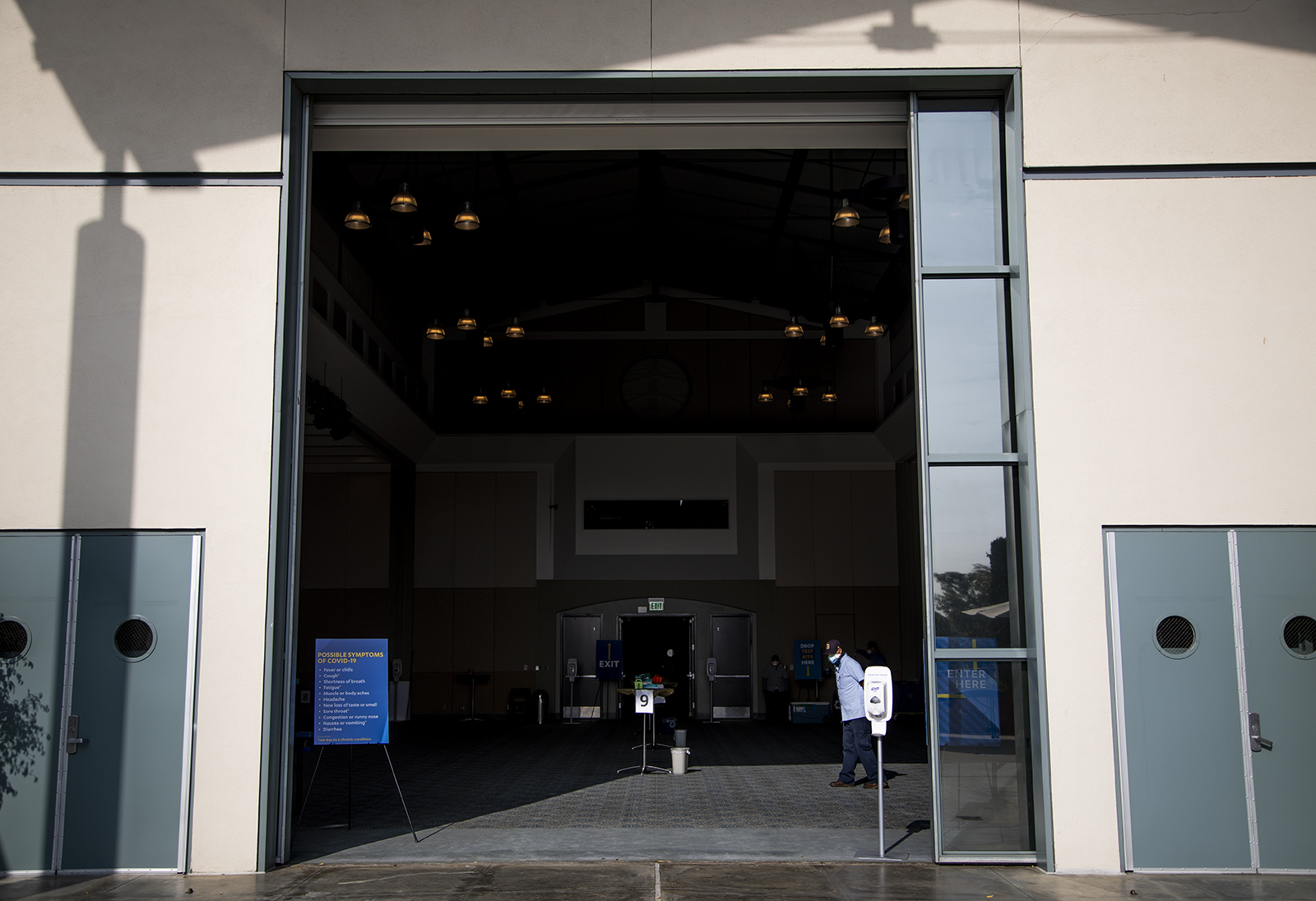 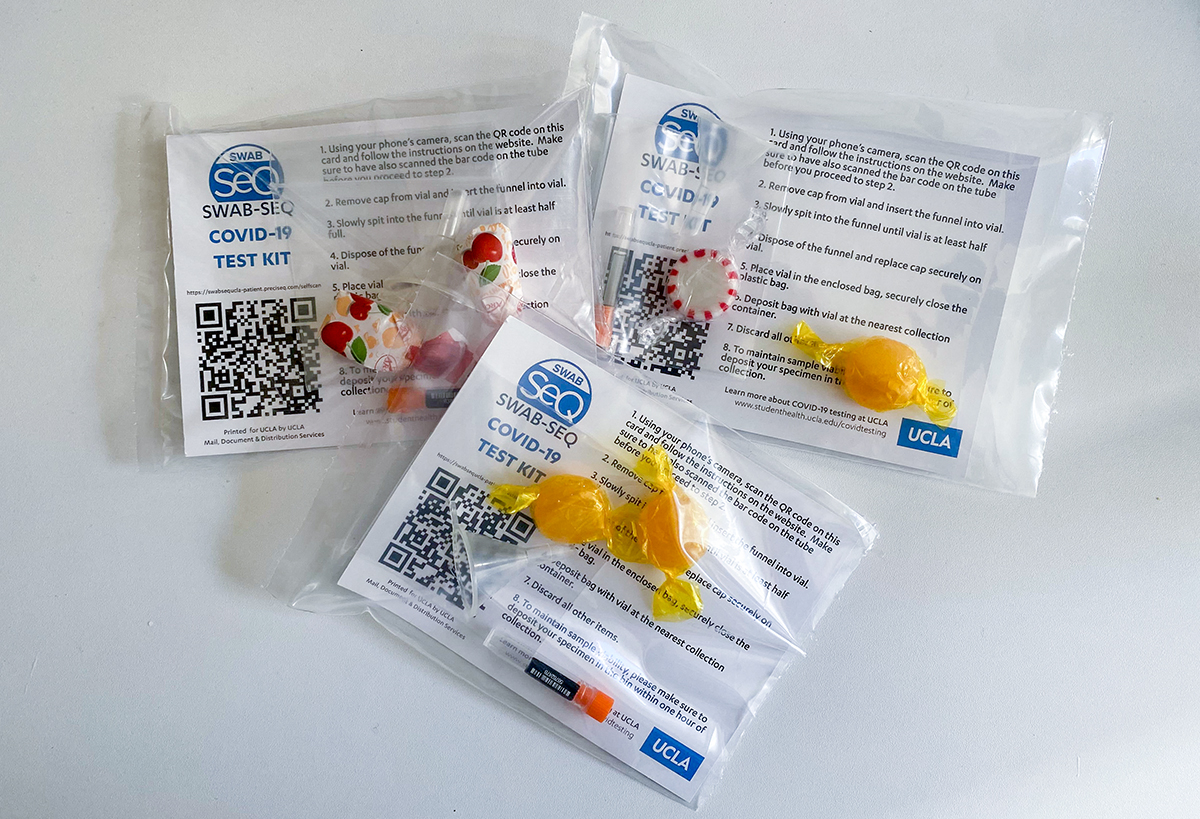 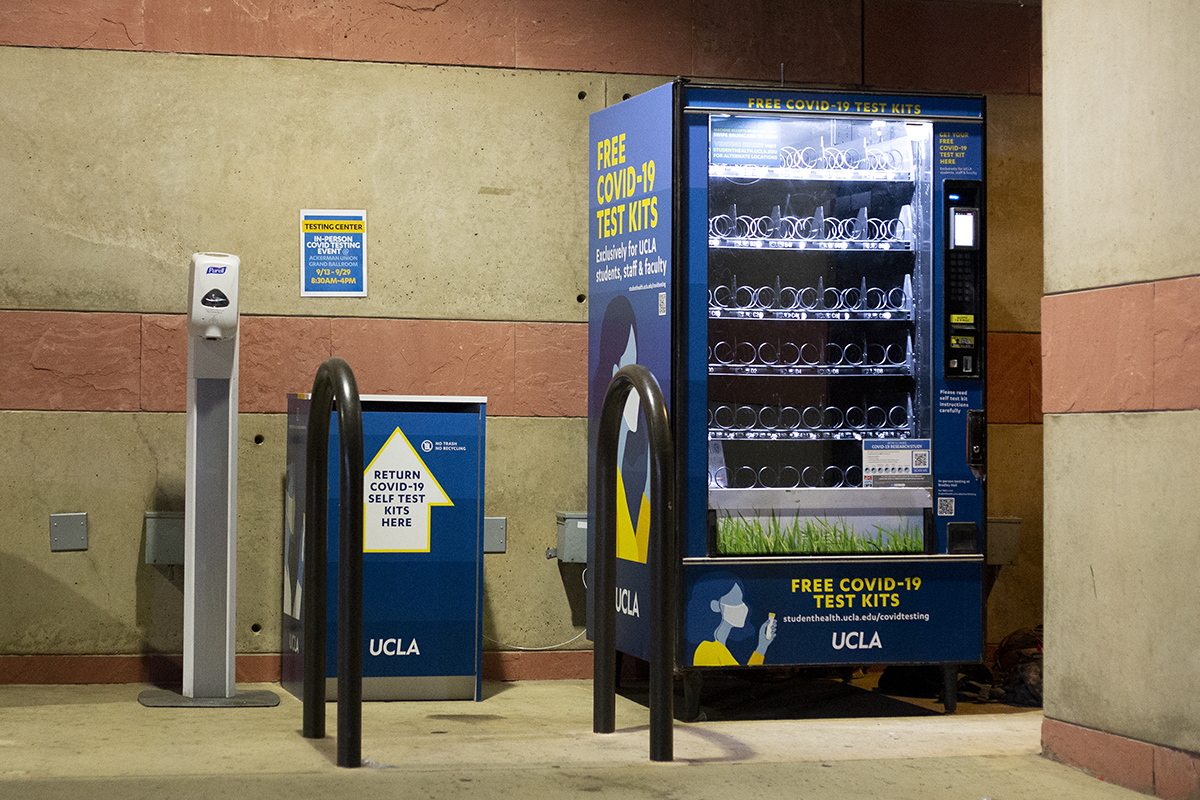