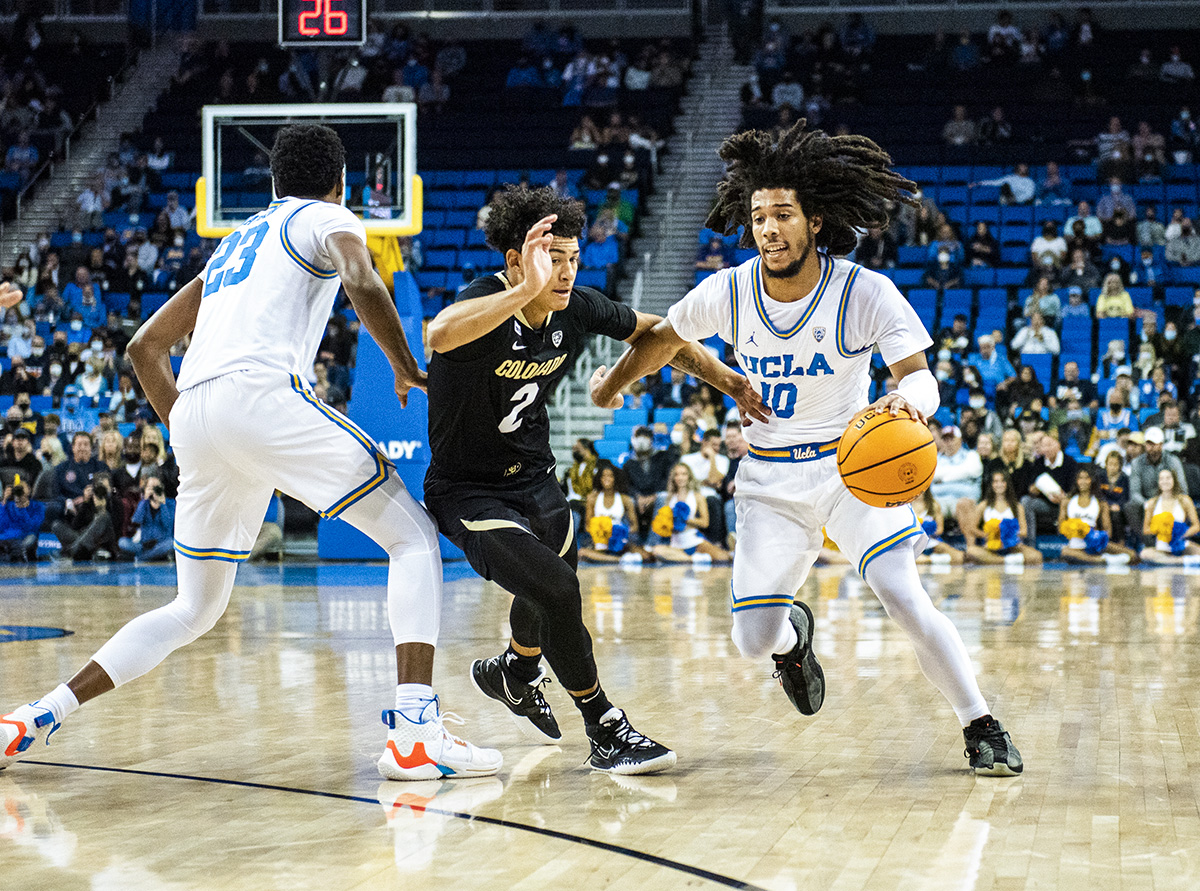 Redshirt junior guard Tyger Campbell (right) drives to the paint during No. 4 UCLA men’s basketball’s victory over Colorado on Dec. 1. Campbell has been part of a Bruin defense that has given up 56 points per game in its last three contests. (Lauren Man/Daily Bruin senior staff)

Through their first six games of the season, the Bruins gave up an average of 70.3 points per game.

That six-game span was punctuated by a season-high 83 points allowed to then-No. 1 Gonzaga on Nov. 23, after which coach Mick Cronin had choice words for his team’s defensive effort.

“We’re not a good defensive team,” the third-year coach said.

In its three games since then, however, Cronin’s squad has given up 56 points per contest all against high-level Division 1 teams. That streak started with a season-best defensive performance at UNLV, in which UCLA gave up 51 points.

No. 4 UCLA men’s basketball (8-1, 2-0 Pac-12) will get a chance to continue rebuilding its defense when it welcomes Alabama State (1-9) to Pauley Pavilion on Wednesday. The matchup marks the Bruins’ first true mid-major opponent in nearly a month, as the blue and gold has an opportunity to produce its fourth straight game limiting its opponent to 61 points or fewer.

Redshirt junior guard Tyger Campbell said the team’s improved defense has come from a renewed focus on that end of the floor.

“We have just been watching a lot of film and paying more attention to details,” Campbell said. “It’s the little things that matter on defense. … We’ve just been trying to tune up the things we weren’t doing really well with at the beginning of the season.”

The Hornets average 67.7 points per game but run the eighth-least efficient offense in the country, according to KenPom’s adjusted offensive efficiency rating.

Despite the limited advanced offensive metrics, Cronin said Alabama State – which has no player taller than 6-foot-8 on its roster – will provide a challenge defensively with its quickness, especially for redshirt senior center Myles Johnson and redshirt junior forward/center Kenneth Nwuba.

“(Alabama State is) quick, fast, athletic, not as big,” Cronin said. “That’s the difference. Myles and Kenny are going to have some tough matchups.”

Johnson and Nwuba have taken the bulk of the center duties since redshirt senior forward Cody Riley went down with a sprained MCL during the team’s season opener. Although he missed UCLA’s victory over Marquette on Saturday, Riley has practiced for the past week and is in line to potentially make his return against the Hornets, according to Cronin.

Even with the big man in the lineup to spell Johnson and Nwuba, Cronin said there will be an adjustment period for Riley and the Bruins.

“It’s going to take him time to get his game conditioning back to where he can be the Cody Riley that we all know and need,” Cronin said. “Practice is not a game. It’s not the same simulation. … It throws you off the first time a guy comes back because you’ve been used to playing in certain rotations.”

Entering Wednesday, UCLA ranks 22nd in the NCAA’s NET rankings – a tool that is used to help determine NCAA tournament selections. The Bruins currently have two Quad 1 wins, which is tied for the sixth-best mark in the country.

Aside from the quality of wins, the NET ranking also takes into account margin of victory.

“It’s terrible. … The NET rankings and the powers that be have obviously decided that it matters how much you win by,” Cronin said. “You have to try to figure out what’s a win for us against Alabama State. Winning by one? Or do we have to win by 20, 30, 40? You used to just have to win by one.”

With the added motivation to improve their rankings, junior guard/forward Jaime Jaquez Jr. said the Bruins are prepared to beat the Hornets – who have lost seven games this season by double digits – by as much as they can.

“​​We always want to play our best, do whatever we can to win by the greatest margin necessary, especially with how the NET rankings are,” Jaquez said. “We’re just going to go in, play our best and try to win by as many as possible.” 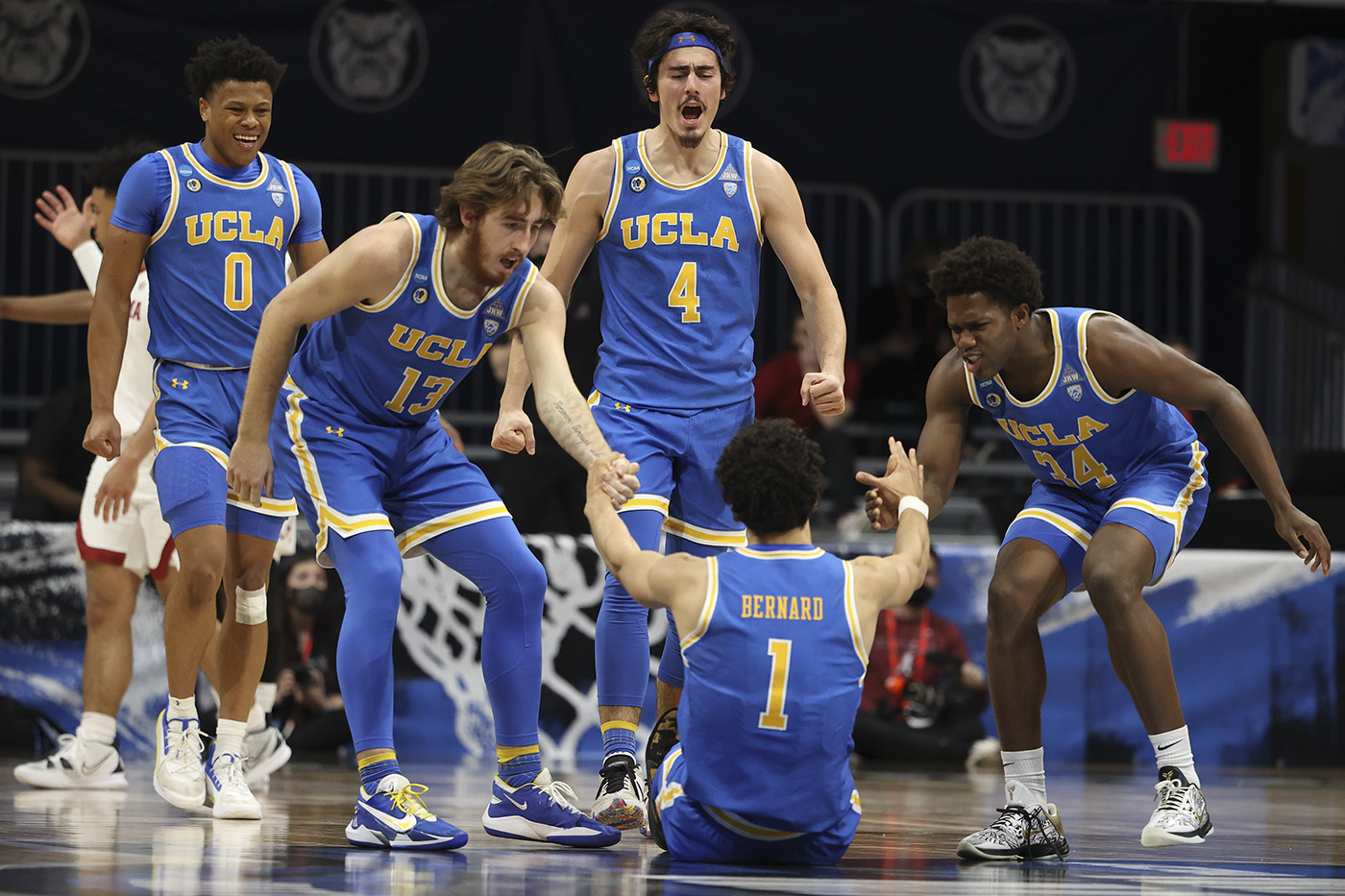 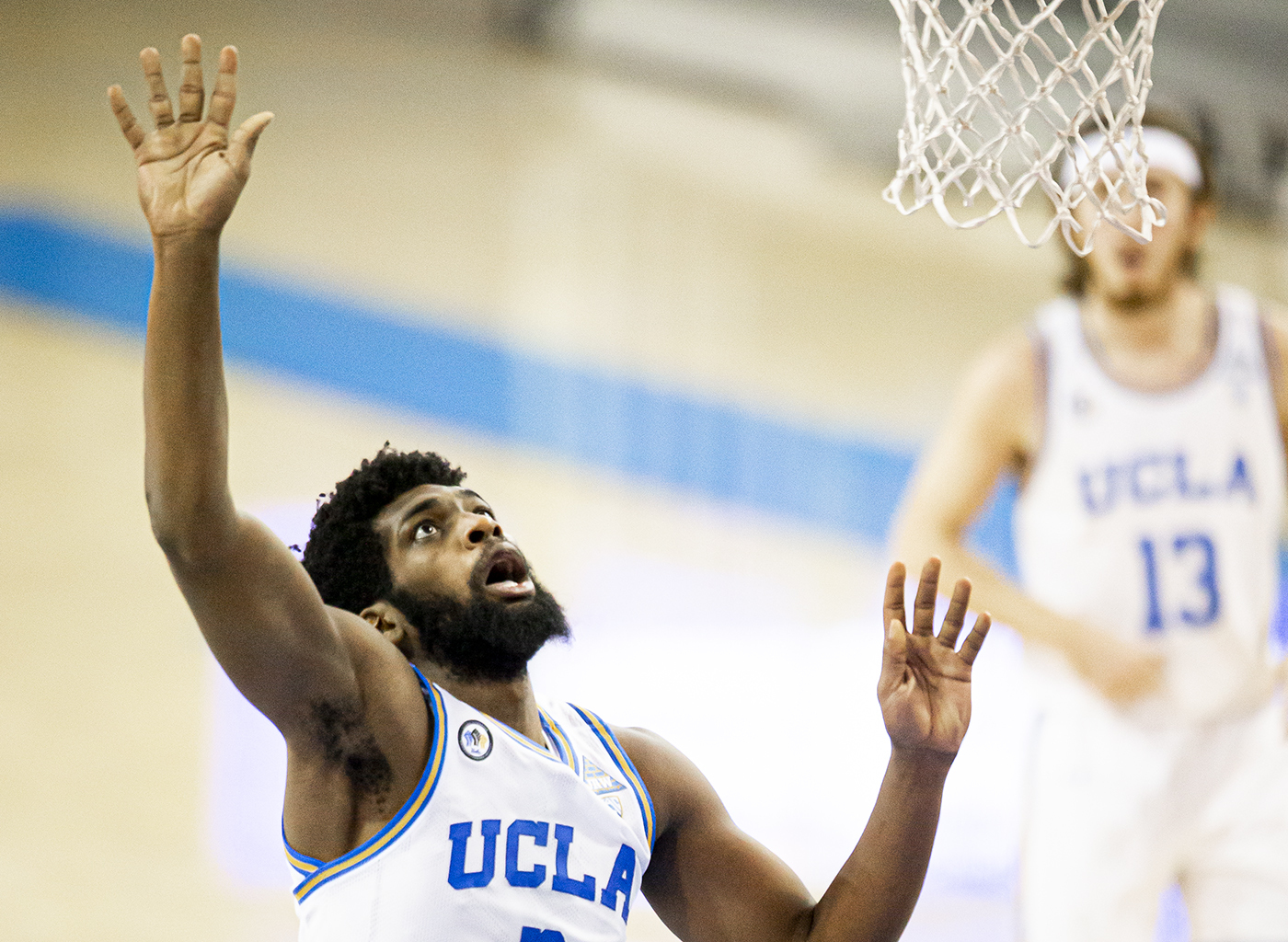 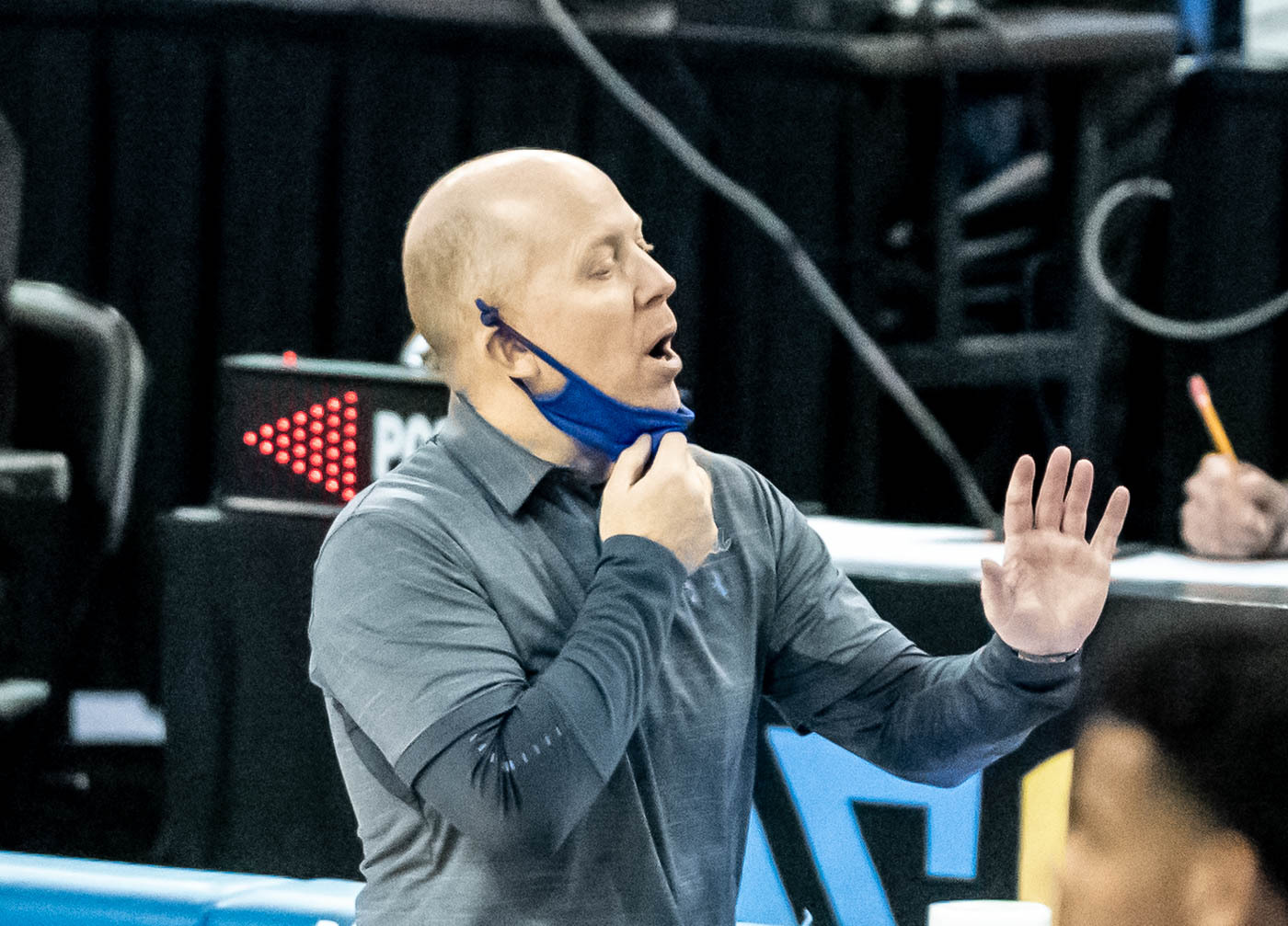