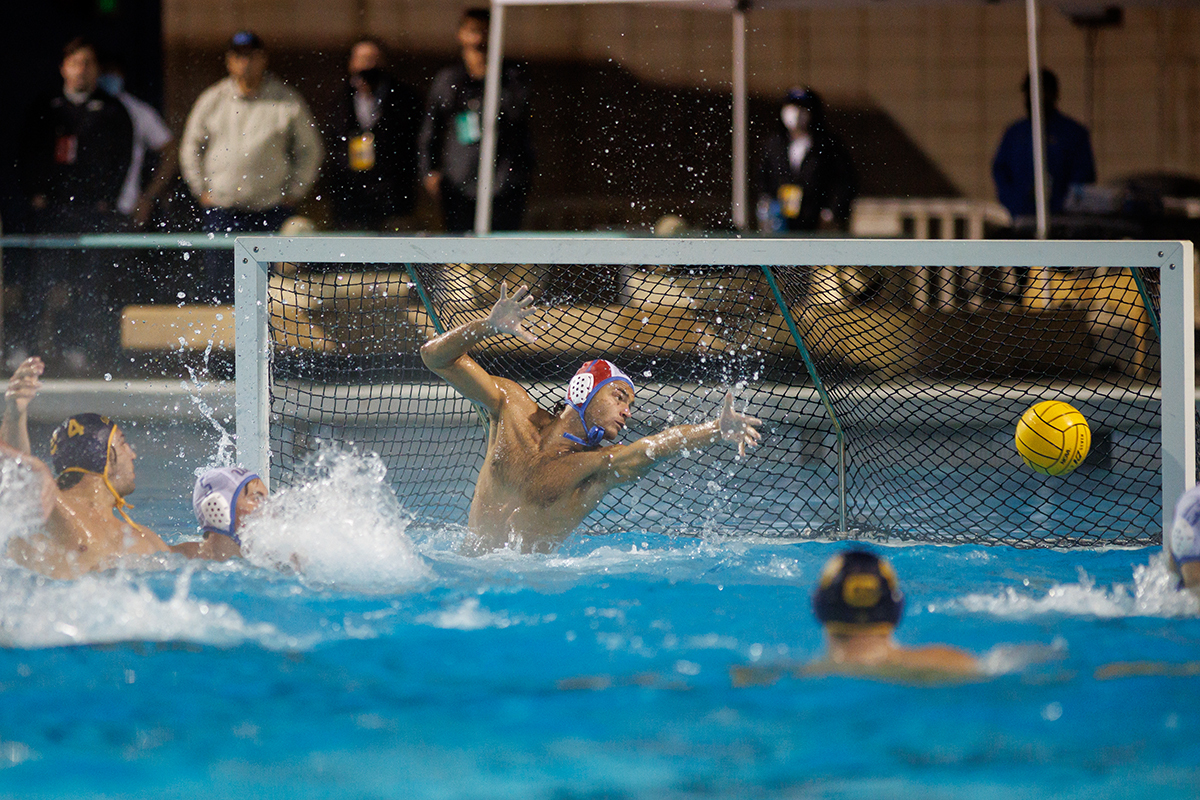 UCLA men’s water polo junior goalkeeper Bernardo Maurizi comes up short of a save against a shot from California center Nikolaos Papanikolaou. The goal gave the Golden Bears a lead in the second overtime period. (David Rimer/Assistant Photo editor)

Kenney drilled a line drive into the right side of the goal to knot the contest at 12 and force overtime.

Scoreless until that point, two-time MPSF Player of the Year and Golden Bear center Nikolaos Papanikolaou shoveled a shot in the first overtime period and tipped in another in the subsequent period to give California a multi-goal advantage.

Senior attacker/utility Jake Cavano responded with a goal of his own, but the Golden Bears’ goal with 13 seconds to play all but ended the contest.

No. 1 UCLA men’s water polo (20-4, 1-2 MPSF) lost 15-13 in overtime to No. 2 California (21-4, 4-0) on semifinal Saturday at Spieker Aquatics Center. The Bruins have now lost six of their previous seven matchups against the Golden Bears dating back to last season, including four in overtime.

“We pride ourselves in how we finish,” said coach Adam Wright. “That was something we talked about going into overtime. They executed on some little things. We’ll learn a lot from this.”

Junior goalkeeper Bernardo Maurizi earned three saves in a row before a penalty on redshirt senior utility Evan Rosenfeld recorded a penalty that allowed California attacker Max Casabella to sink a 5-meter attempt to the right of the goal to bring the Golden Bears back within one.

With one second left on the shot clock, freshman attacker Chase Dodd registered a goal as Cal was swimming back for an offensive possession. After a Golden Bears goal, Saveljic – wearing the goalkeeper cap – handed the ball off to Kenney for a goal as time expired in the third quarter.

“We felt confident about it. We knew that we had to make some stops,” Maurizi said. “We were really confident. I was proud of how our guys played.”

Despite the multi-goal advantage with eight minutes remaining, Cal responded with a 3-0 run to steal the lead back. The Bruins were tormented all game by the Golden Bears’ freshman tandem of Casabella and attacker Roberto Valera, who combined for 15 points.

Conference leader in assists, utility Jack Deely, sliced the UCLA defense with 30 seconds remaining in the fourth quarter to give Cal the advantage prior to Kenney’s seven-on-six game-tying goal.

Just under two minutes into the game, Deely drew first blood for Cal. But 2020-2021 Peter J. Cutino Award winner Saveljic netted a skip shot in response to equalize the contest, turning to the home crowd with a yell in celebration.

After a Bruin stop, Cavano gave the blue and gold its first lead of the contest, netting the twine on a power play. Casabella – a multiple-time MPSF/KAP7 Newcomer of the Week awardee – responded with three straight goals, giving the Golden Bears a 4-2 advantage in the first period.

The Bruins failed to convert on their first possession of the second stanza after winning the opening sprint. Dodd stole the ball from Papanikolaou on the ensuing possession as UCLA earned an exclusion on the offensive end and capped off the drive with a goal from Cavano.

Deely gave Cal its second multi-goal lead of the contest with over three minutes before halftime. Kenney responded with a laser from center pool to bring the game back within single digits. Discipulo recorded a turnaround goal over multiple defenders to equalize the contest at five goals apiece with 24 seconds before halftime.

With the UCLA season coming to a close, Cal will play USC in the NCAA championship at Spieker Aquatics Center at 2 p.m. on Sunday.

Playing in his final game with the blue and gold, Saveljic said he’ll never forget his time in Westwood.

“I’m truly, truly proud of this entire team and how far we came this season,” Saveljic said. “It’s truly special. Once a Bruin, always a Bruin.” 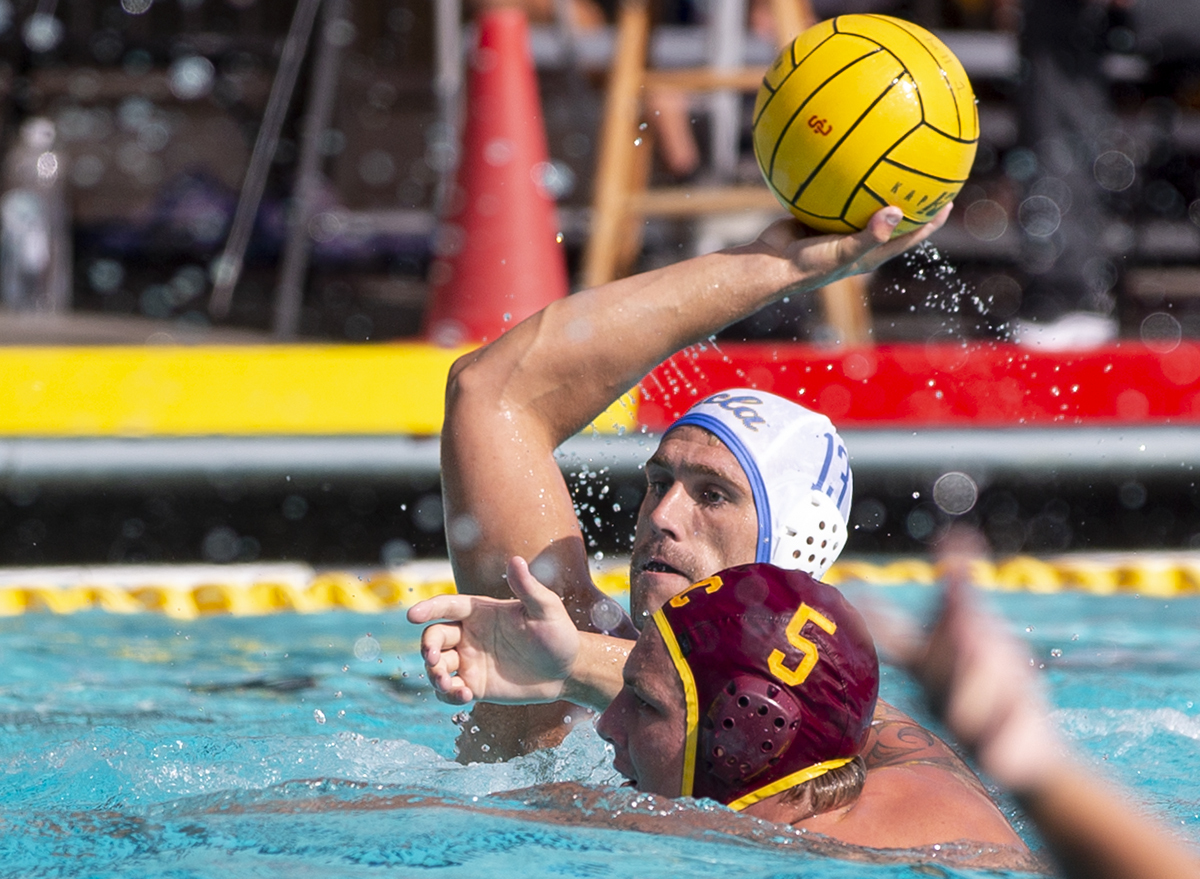 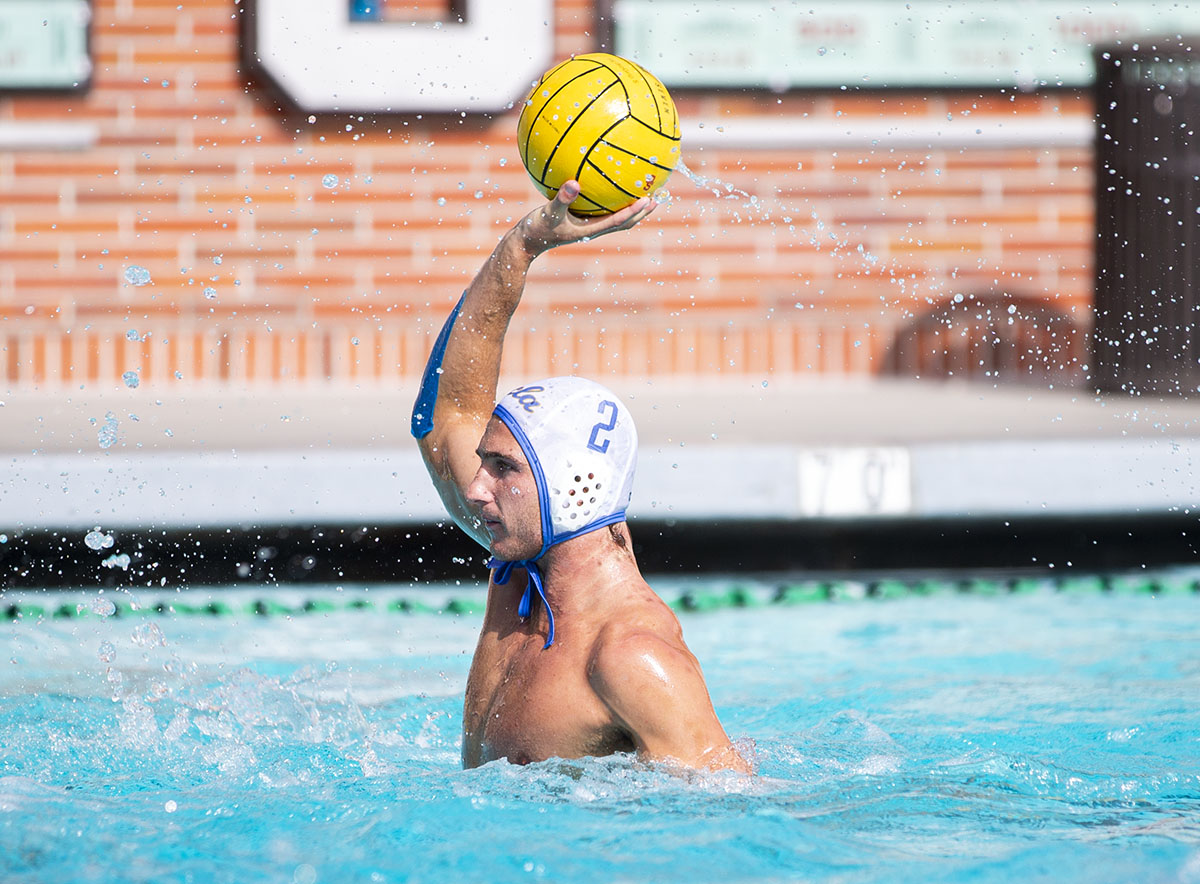 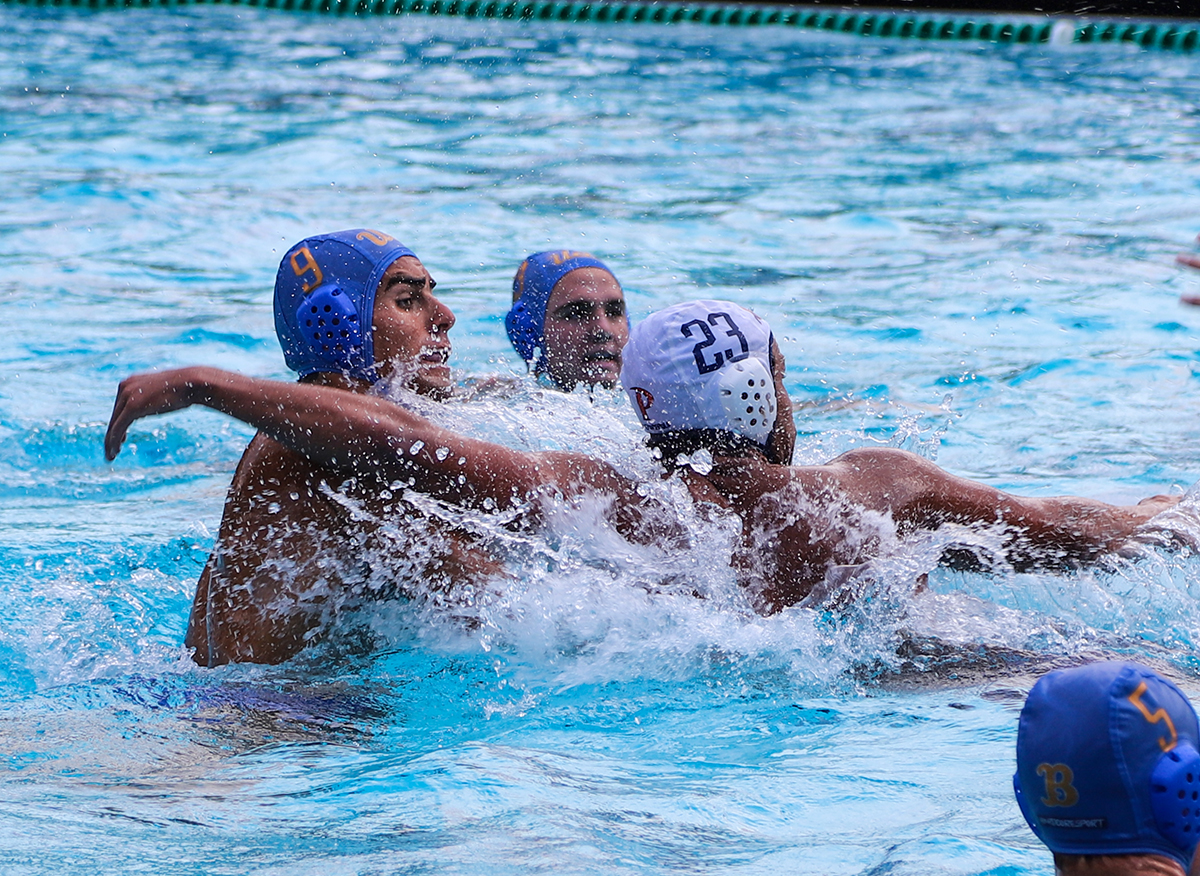