UCLA football faces deficit against Colorado after penalty-ridden 1st half 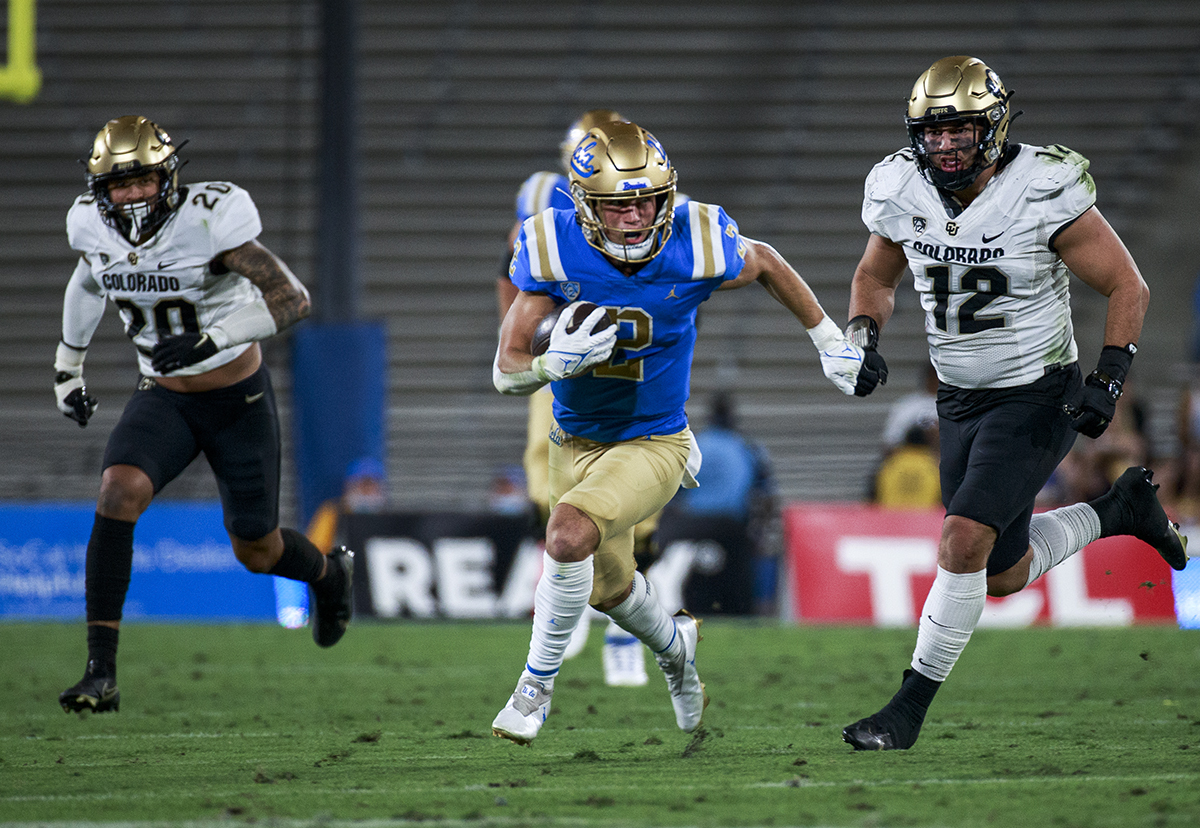 Redshirt junior wide receiver Kyle Philips runs with the ball after making a reception in the first half of UCLA football’s battle with Colorado. Philips has the Bruins’ second-longest reception of the evening on a 47-yard catch and run in the second quarter. (Christine Kao/Daily Bruin staff)

The Bruins and Buffaloes left their laundry out on the field in the first half.

The Buffaloes and the Bruins combined for 15 total yards in their respective opening drives, all of which came through the air.

Following the pair of three-and-outs, Colorado began its second drive of the game on the ground. The Buffaloes ended the drive on the ground too, accumulating 70 yards over 12 plays before punching it in from one yard out to take a 7-0 lead over the Bruins.

While Colorado’s second drive was punctuated by points on the ground, UCLA’s ensuing drive was marred by penalties. Three plays after a false start call on redshirt senior offensive lineman Paul Grattan Jr., junior running back Zach Charbonnet took possession of the ball for a 51-yard rush into the end zone.

The junior’s efforts would not be reflected on the scoreboard, however, as a holding penalty on redshirt junior tight end Greg Dulcich nullified the touchdown and set the Bruins up with a first-and-20.

Capping off the drive, senior quarterback Dorian Thompson-Robinson’s pass intended for Dulcich fell into the hands of safety Mark Perry for the signal-caller’s fourth interception of the season, leaving UCLA scoreless in the first quarter for the first time since its contest against LSU on Sept. 4.

The Bruins opened the second quarter in similar fashion to how they capped off the first – with a touchdown that didn’t count. Thompson-Robinson sent the ball 40 yards down the field to redshirt sophomore wide receiver Kam Brown in the end zone, only for UCLA to find itself scoreless after an illegal touching penalty on Brown.

After handing Colorado 15 yards on a pass interference call halfway through its next drive, UCLA put itself in a 10-0 hole six and a half minutes into the second quarter after a 23-yard field goal from Buffalo kicker Cole Becker.

Three plays and 41 seconds later, redshirt senior running back Brittain Brown plunged into the end zone for UCLA’s first score of the evening.

On the next drive, Colorado running back Alex Fontenot drove in his second touchdown of the evening, but not before senior defensive lineman Otito Ogbonnia could pick up the third penalty of the quarter on an offsides call that advanced the Buffaloes two yards closer to the end zone.

A pair of field goals from Becker and redshirt sophomore kicker Nicholas Barr-Mira kept the Bruin deficit at 10 points heading into the halftime locker room. 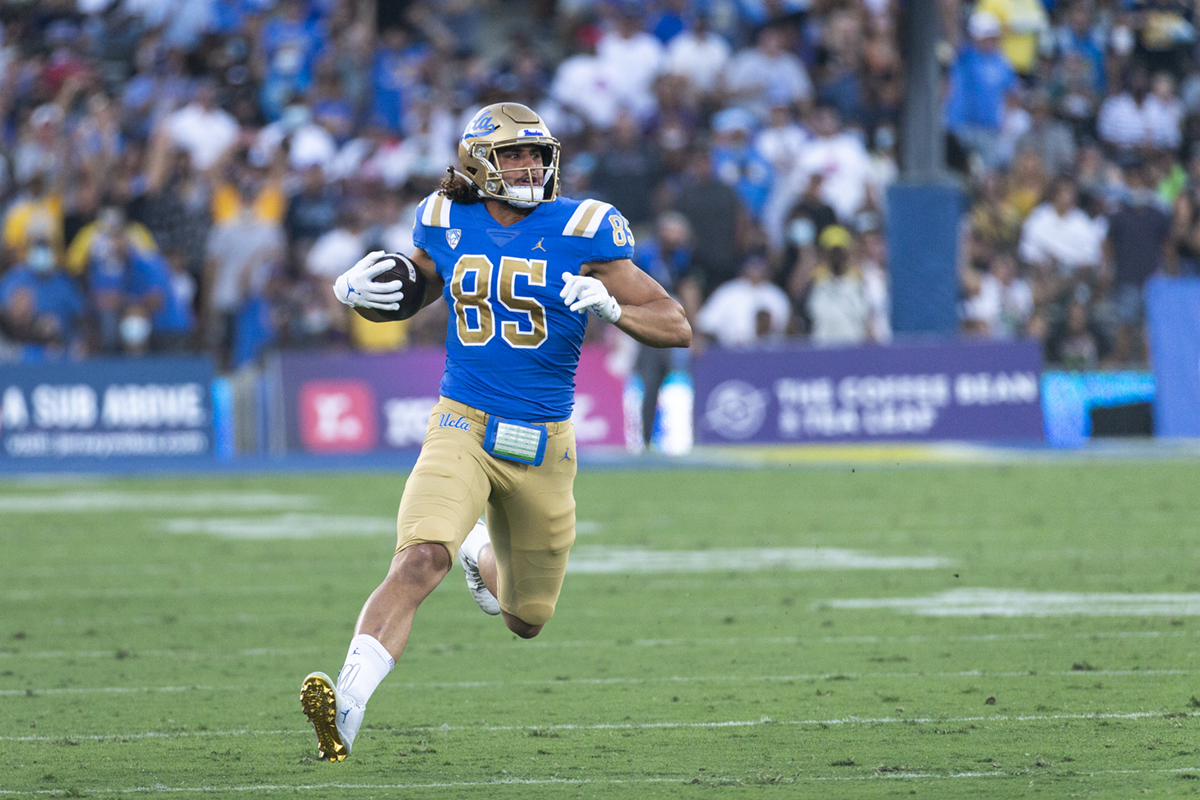 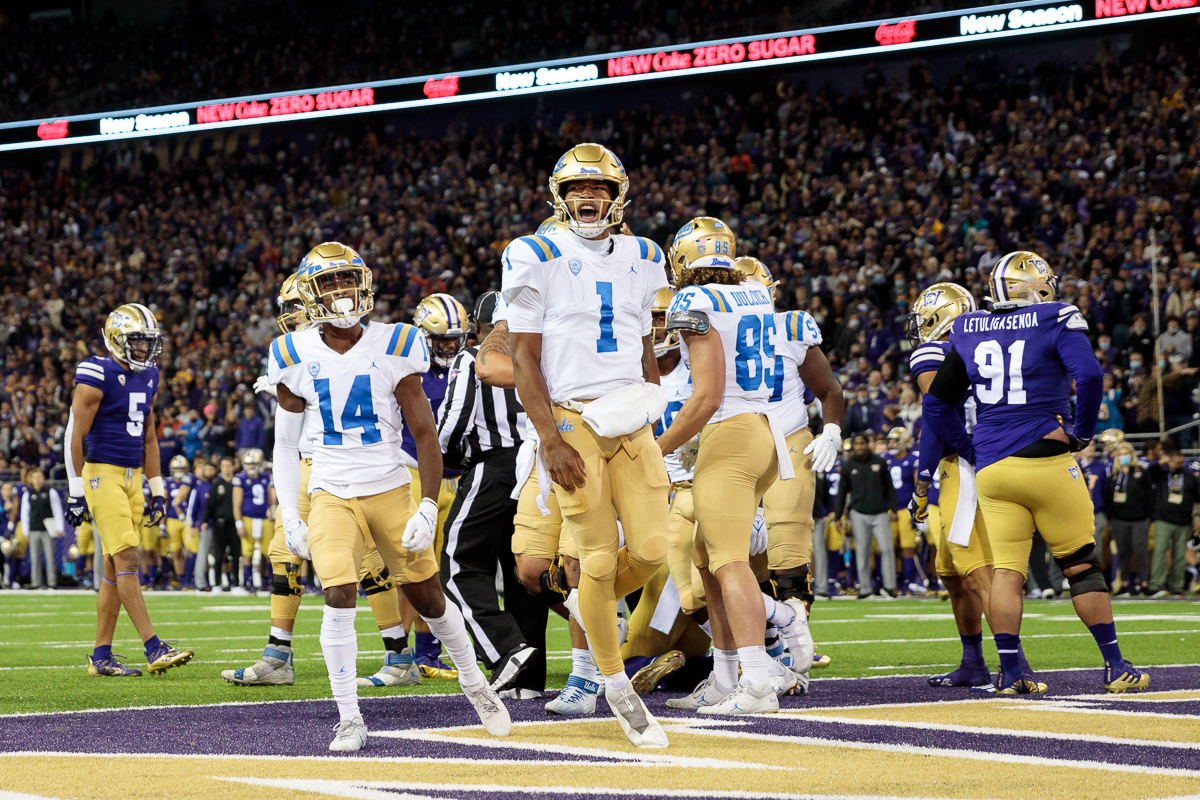 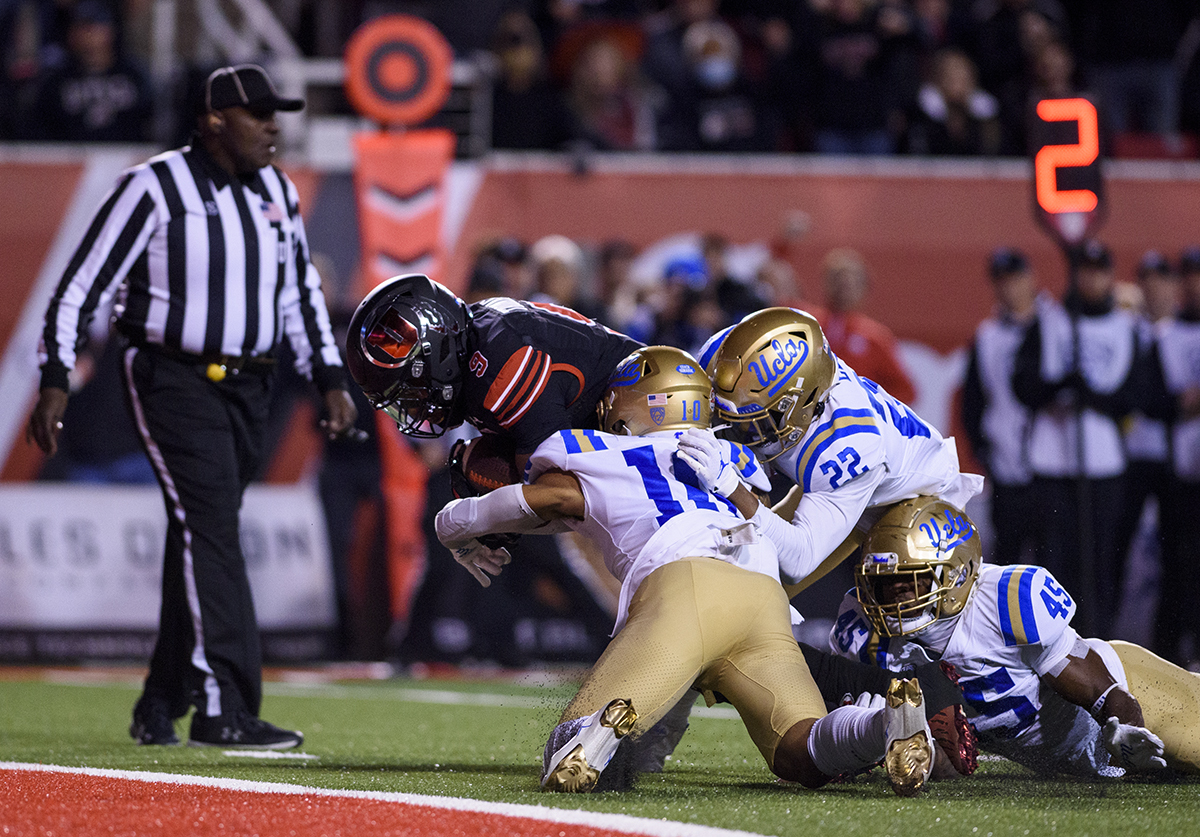