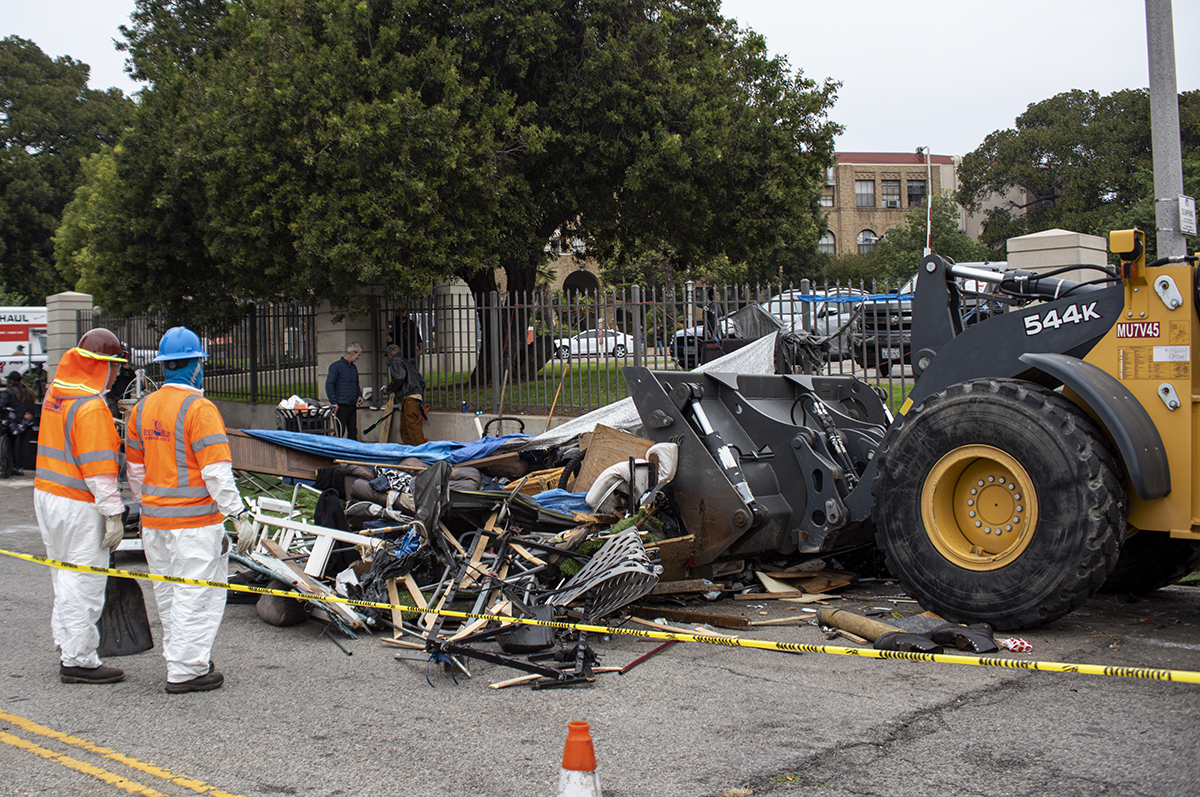 Dozens of Los Angeles County Sheriff’s Department deputies cleared the encampment on San Vincente Boulevard, near Westwood Park. Veterans Row encampment residents were previously informed of an upcoming encampment sweep, including signs posted in the area, according to KTLA 5.

A bulldozer was used to clear the Veterans Row encampment as individuals’ belongings and tents were discarded.

Some of the individuals at the encampment were veterans of the Afghanistan, Iraq, Vietnam and Gulf wars, according to KTLA 5. Some veterans evicted from the area were relocated to VA housing, KTLA 5 reported, while others were temporarily moved to another fenced encampment managed by the VA.

The encampment sweep Monday followed a Los Angeles City Council motion filed Oct. 5 that called for a sweep of another encampment located inside Westwood Park. The motion would have directed the city to offer outreach services to Westwood Park residents and evict any individuals refusing to leave the area.

The LA City Council is scheduled to discuss the Oct. 5 motion at its Nov. 3 meeting. 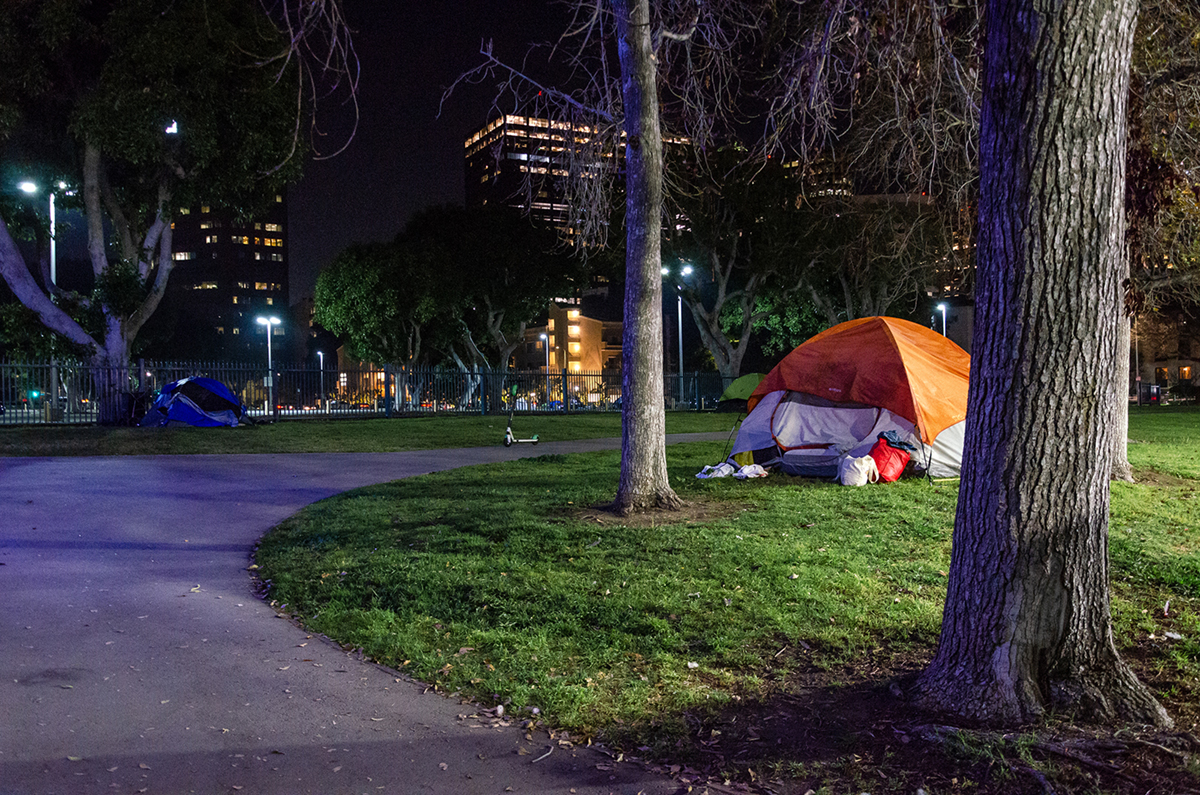 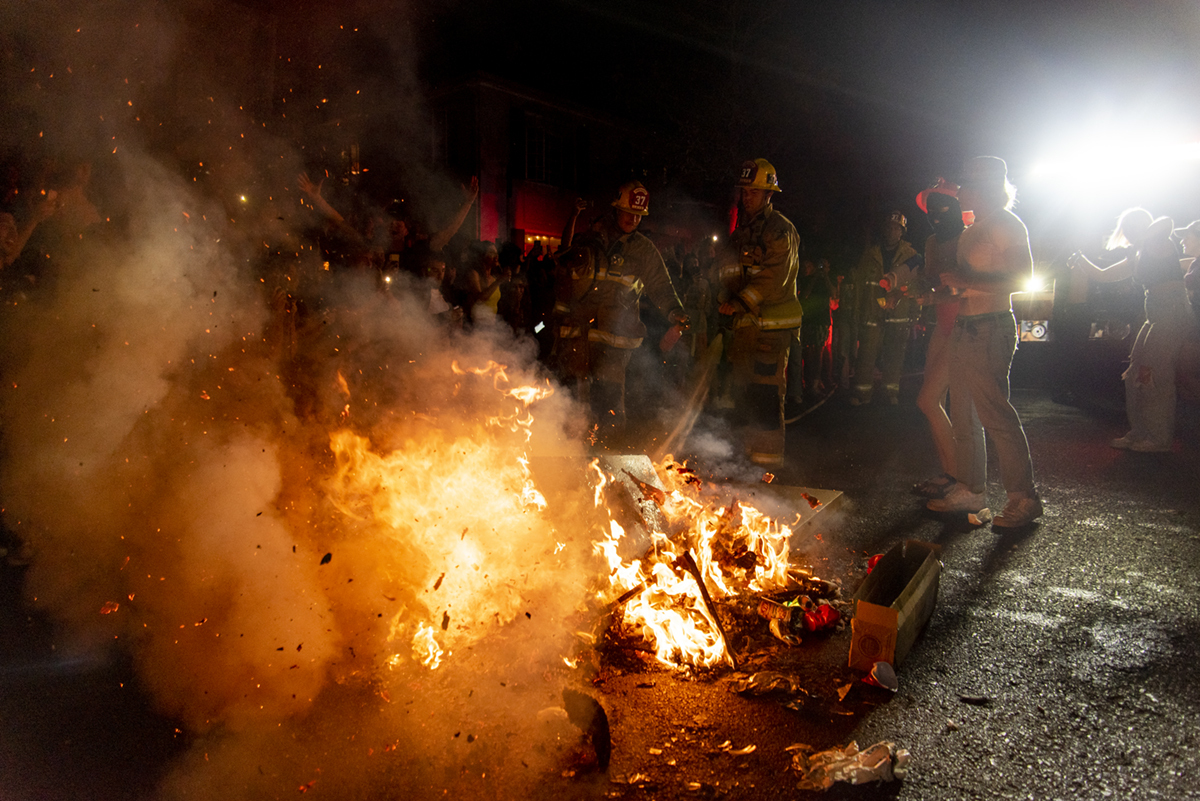 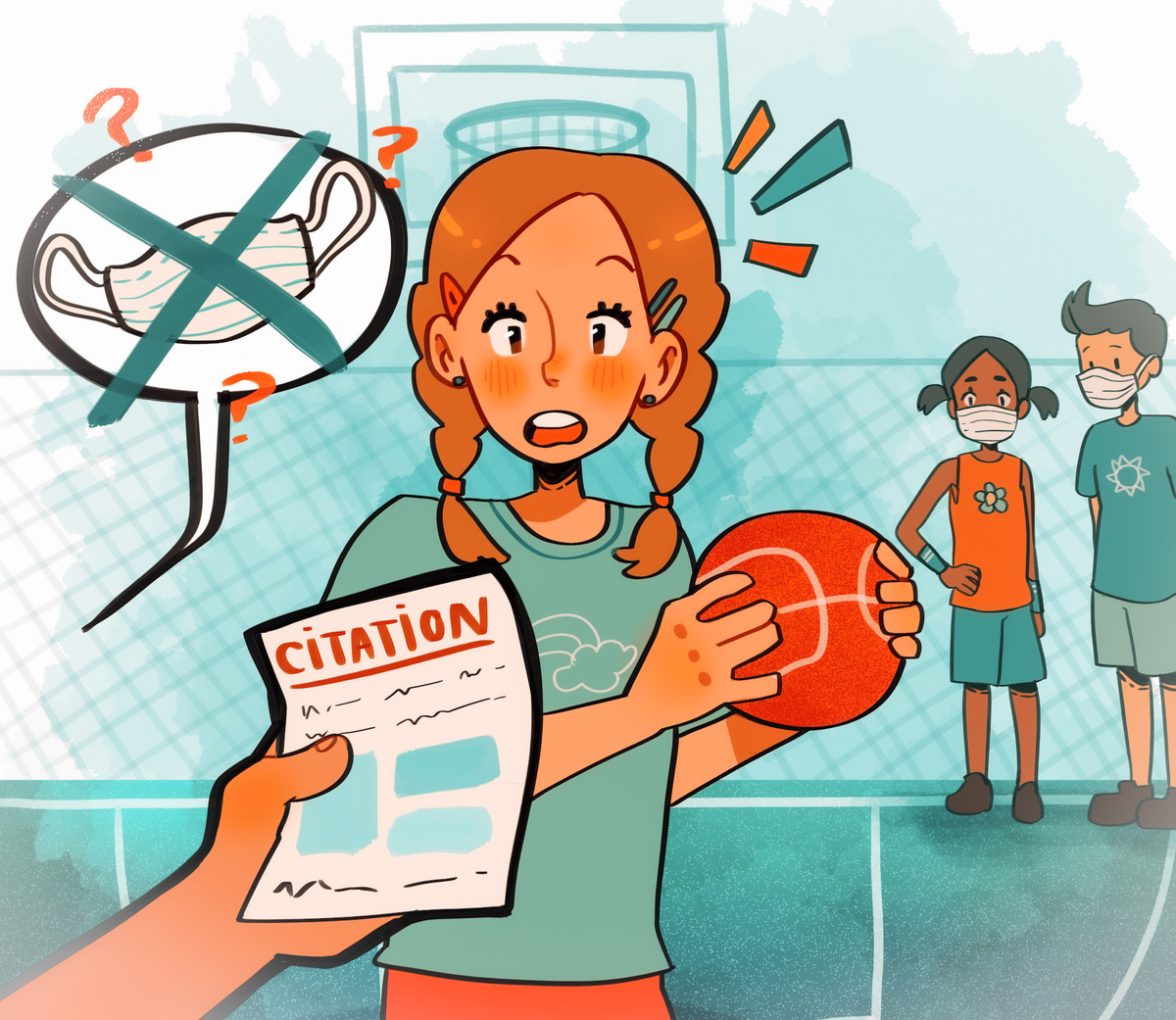