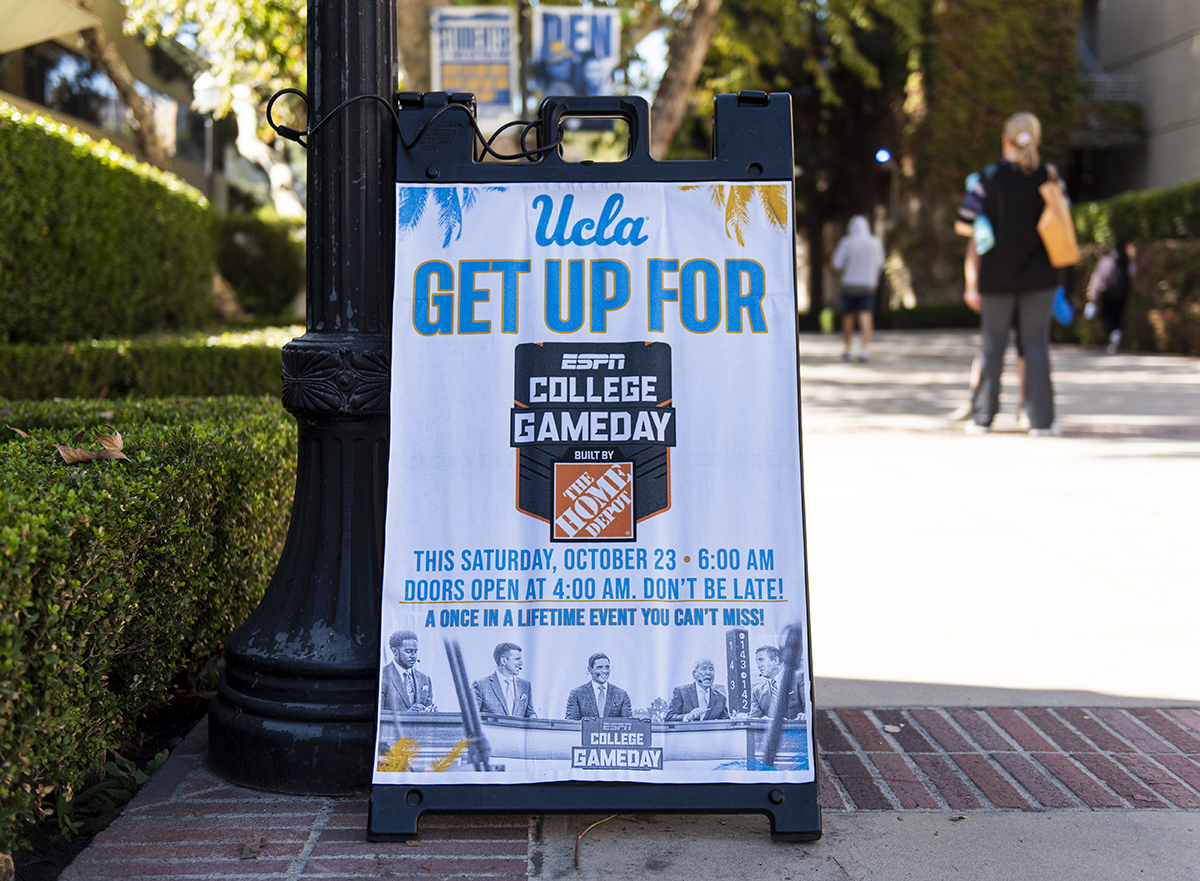 For the first time in its 29-year history, ESPN’s “College GameDay” will be broadcast live from Westwood with pregame coverage of UCLA football’s matchup with No. 10 Oregon on Saturday. (Ashley Kenney/Photo editor)

Watching “College GameDay” was a staple in Dorian Thompson-Robinson’s family growing up.

This weekend, the senior quarterback and his Bruins will be the focal point of the weekly ESPN program.

Prior to UCLA football’s (5-2, 3-1 Pac-12) showdown with No. 10 Oregon (5-1, 2-1) at the Rose Bowl on Saturday, ESPN’s “College GameDay” will provide pregame coverage live from UCLA’s campus. Every Saturday of the college football season, ESPN picks the top game of the week and sends its “GameDay” crew of analysts – Rece Davis, Lee Corso, Kirk Herbstreit, Desmond Howard, David Pollack and Chris Fallica – to the game’s host city for a live show prior to kickoff.

For the first time in 23 years, that honor was bestowed upon the Bruins.

“It’s a big deal,” Thompson-Robinson said. “I know it hasn’t been done here in a while, so it’s an exciting time for the team, the community and the campus.”

The last time the blue and gold drew a “GameDay” assignment as the host team was in 1998, when then-No. 2 UCLA beat then-No. 11 Oregon in a 41-38 overtime thriller. While the crew has made frequent trips to Pasadena for the Rose Bowl game, Saturday’s show will have an unprecedented location.

For the first time in the 29-year history of the program, the ESPN production will set up shop in Westwood. The “GameDay” set will be built at Wilson Plaza, directly in front of Janss Steps.

Despite “GameDay” taking place on UCLA’s campus, redshirt junior tight end Greg Dulcich said it will bring a buzz to the Rose Bowl.

“That’s why you come to a school like this, why you want to play Power Five football – to get opportunities like that, playing in big games,” Dulcich said. “That’s something that’s going to be really cool for us. We’ll have a lot of support at the Rose Bowl, so I’m really excited for it.”

It’s been more than two decades since the Bruins hosted “GameDay,” but they have participated in many such games over the years. UCLA sports a 3-5 record in games covered by “GameDay,” most recently taking down Arizona 56-30 in Tucson in 2015.

Despite it being six years since the last “GameDay” game for the blue and gold, there are multiple Bruins on the roster who have played in games covered by the ESPN crew.

Before transferring to UCLA in 2020, redshirt senior defensive back Obi Eboh got a taste of the “GameDay” experience as a Cardinal when Stanford triumphed over Oregon 38-31 in overtime in 2018.

“It’s definitely an exciting time for our students and some of our players that maybe haven’t experienced a ‘College GameDay’ crowd,” Eboh said. “I don’t think it changes anything that we do for the game necessarily, but it’s going to be loud, it’s going to be fun and a lot of eyes will be on us.”

The conference showdown between the Bruins and Ducks will be the “GameDay” crew’s first time on the West Coast this season and the first Pac-12 game broadcast by the program in three years.

The show concludes every week at 9 a.m. with its patented prediction segment in which the team of analysts, including one guest predictor, takes its shot at forecasting the winner of the weekend’s biggest games. A few Bruins took a stab at which UCLA alumnus would make the guest prediction, throwing out names such as James Franco, Russell Westbrook, Lonzo Ball, Troy Aikman and more.

“I just thought (Walton) would be the most entertaining – that’s the fun part of that,” Kelly said. “Bill Walton and coach Corso … I would pay to see that.”

While the Bruins have expressed their excitement at welcoming “GameDay” to Westwood, they won’t have the chance to make an appearance at the ESPN set Saturday.

“We’re a strict, business-oriented operation,” said senior defensive lineman Odua Isibor. “We wake up, we do our morning workouts and we’re straight on schedule to the game.” 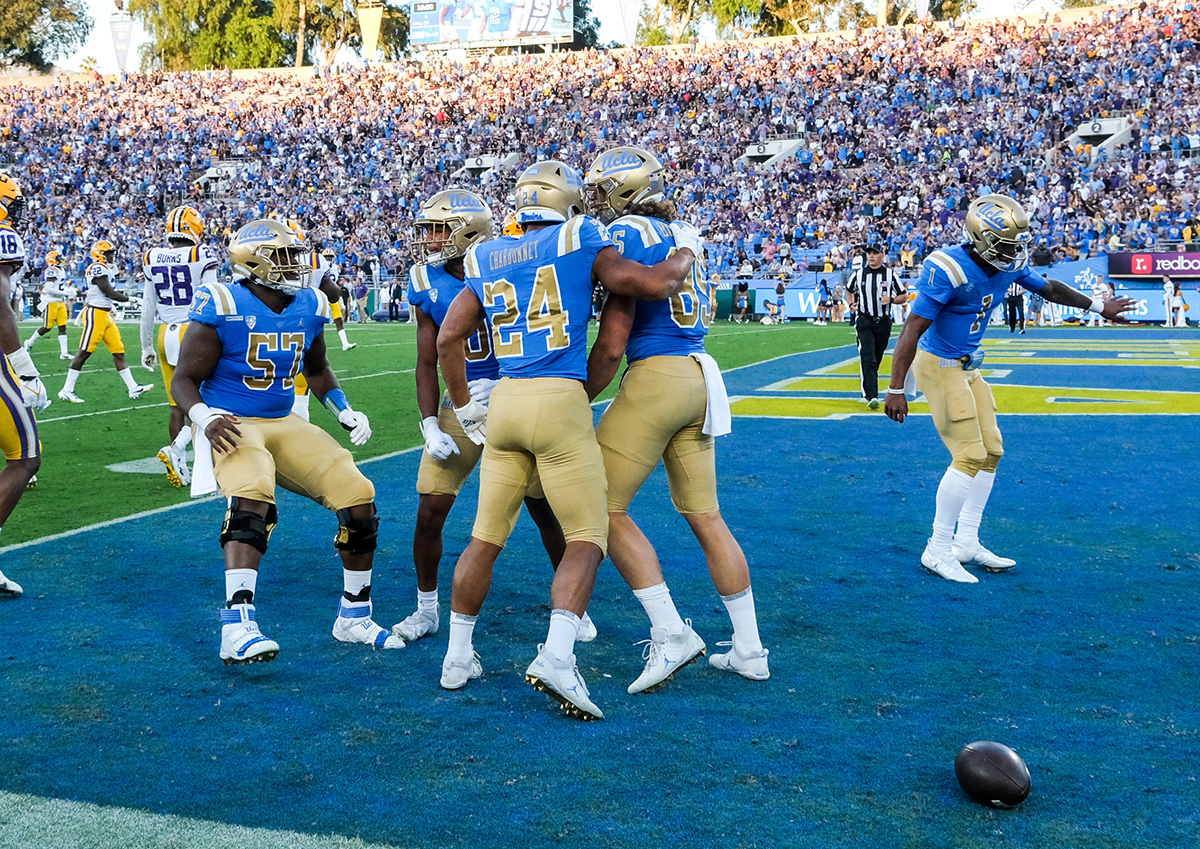 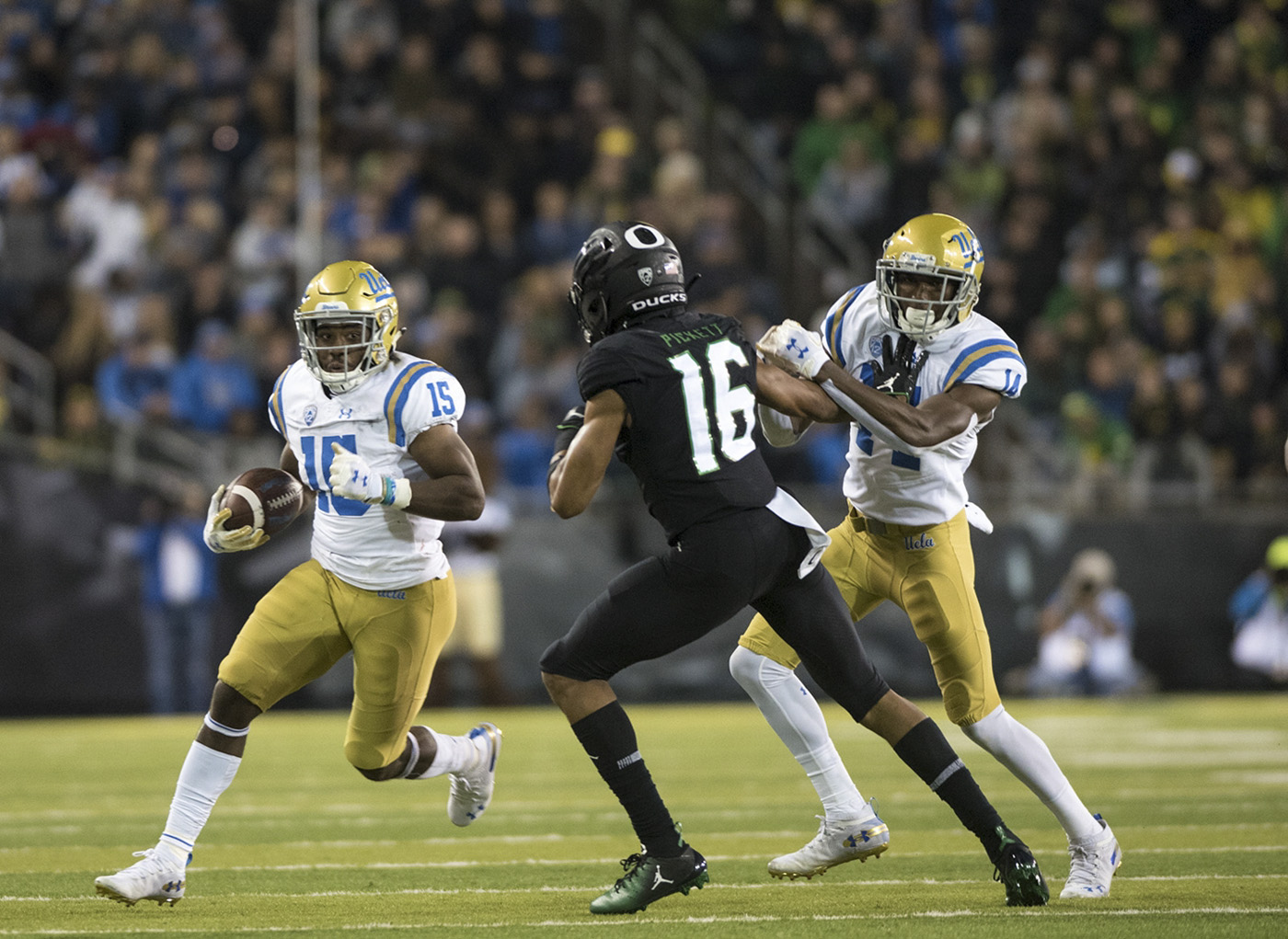 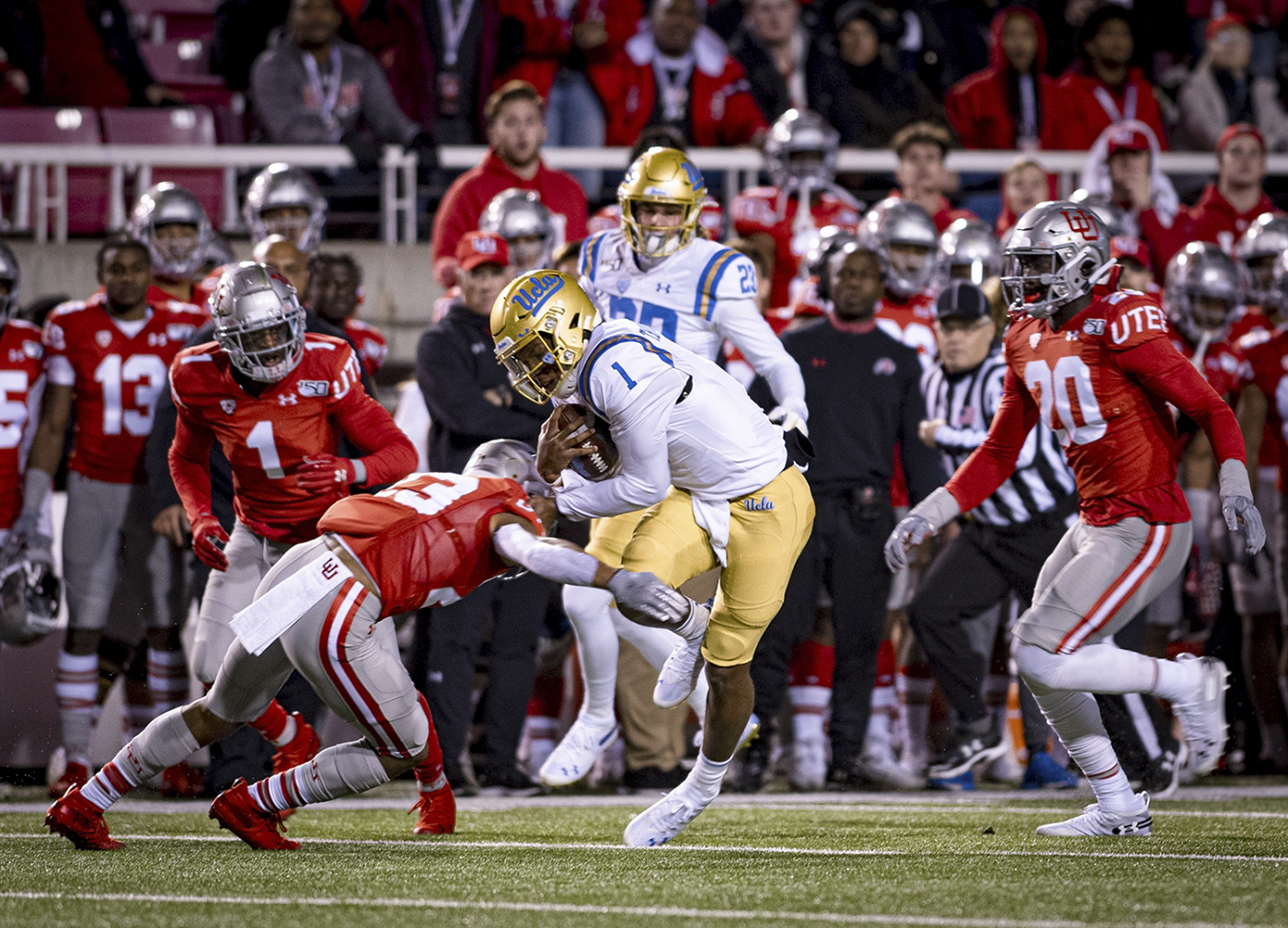 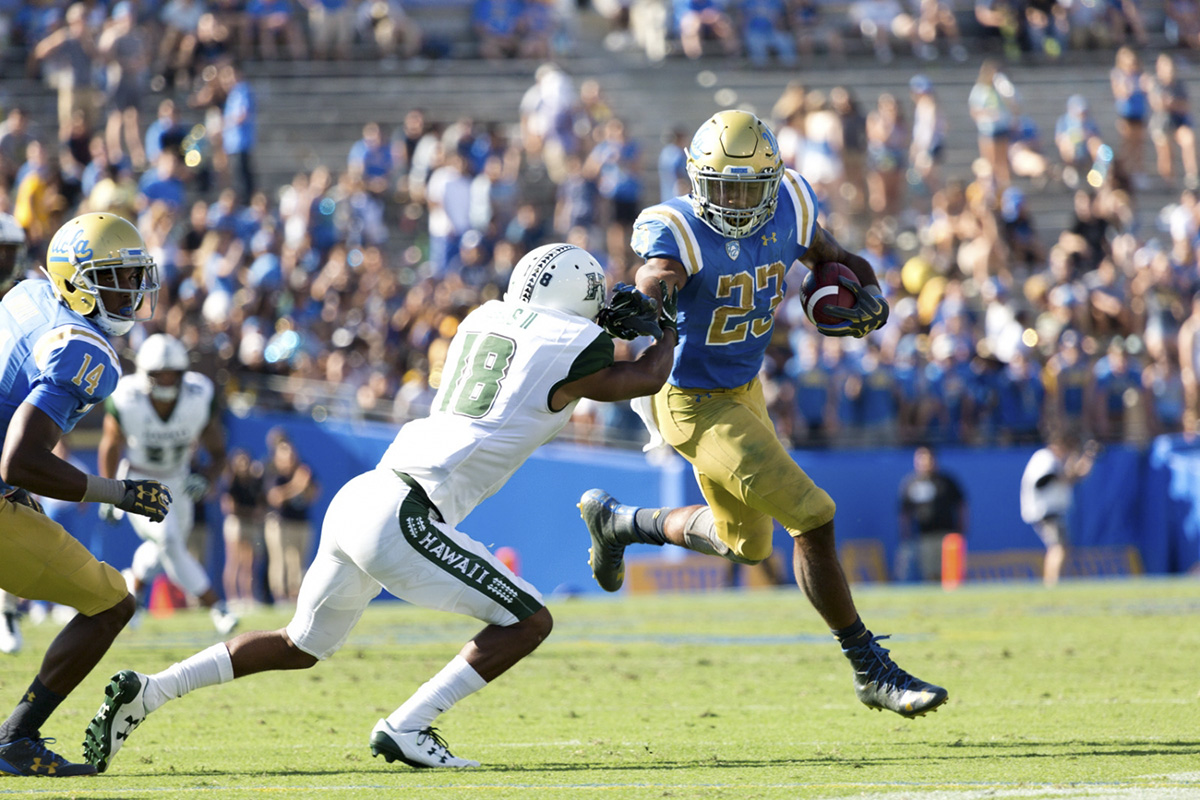