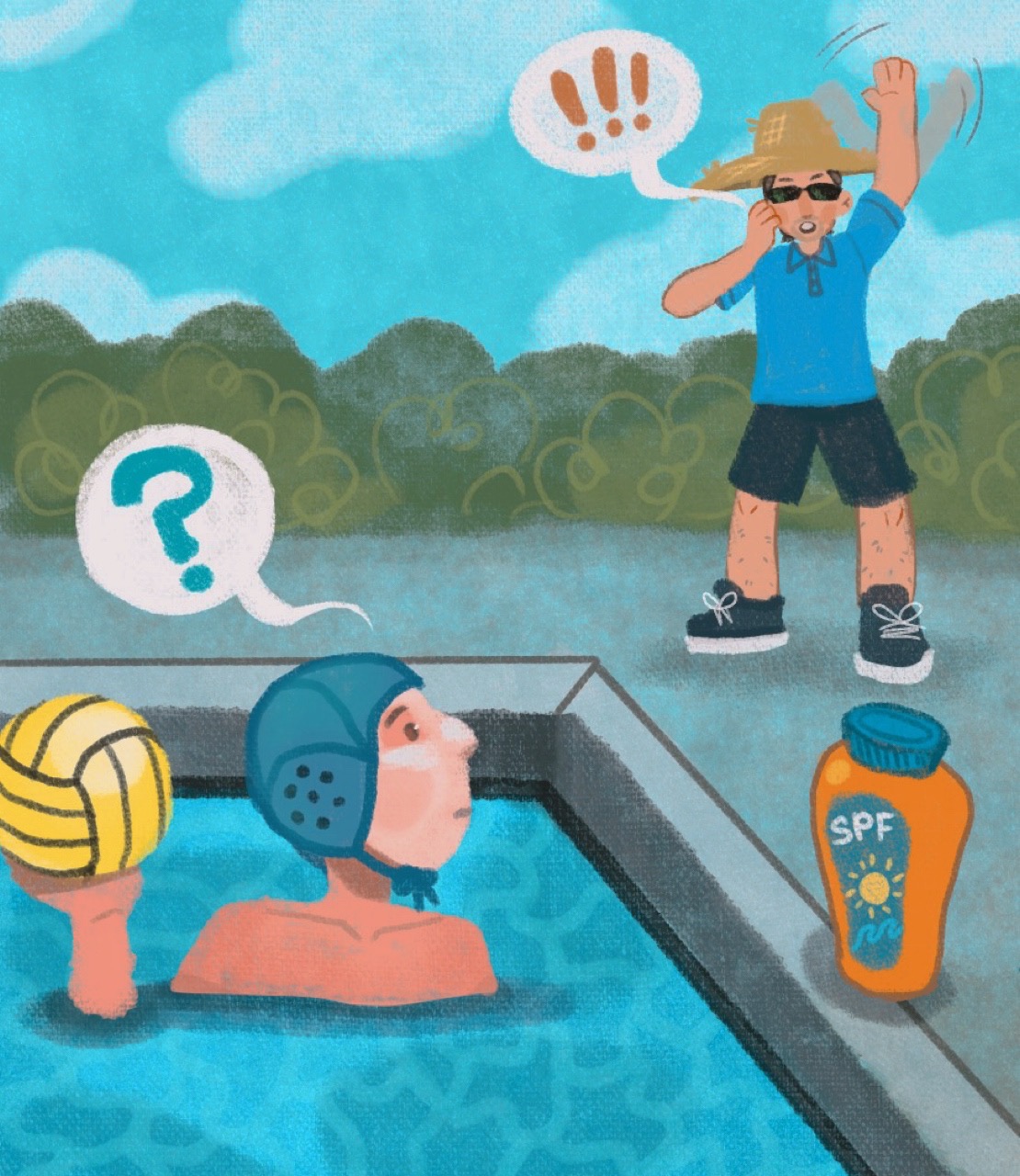 Under the sun’s rays at the peak of day, the Bruins are at Spieker Aquatics Center practicing.

No. 1 UCLA men’s water polo (14-1, 1-0 MPSF) spends hours a day perfecting its craft by watching film, running drills and scrimmaging – just like any other sports team in the country.

But when the Bruins go out to the pool in the morning and afternoon hours, they never leave behind one thing – sunscreen.

“I don’t have that much melanin in my skin, so I always wear sunscreen,” said redshirt senior utility Felix Brozyna-Vilim. “We train in the middle of the day when the sun is at its highest position, so we get beat on sometimes. The chances of getting skin cancer or damage or anything like that is pretty high, so if you’re not wearing sunscreen you’re going to have some messed up skin later in life.”

Melanin, a pigment in the outermost layer of skin cells, provides protection against the sun’s ultraviolet rays. But overexposure to the sun can cause UV rays to penetrate the skin, damaging the cells in the deeper layers of the skin, causing burns and reducing the skin’s elasticity. Frequent burns and exposure without proper protection can lead to premature aging of the skin or skin cancer.

Sophomore attacker Tanner Pulice – who said he wanted to attend UCLA since participating in a swim camp on campus at age nine – said he’s faced the wrath of the sun’s rays before and has found his favorite sunscreen brand as a result.

“Sunscreen is definitely super prominent playing water polo,” Pulice said. “I’ve been burned pretty badly. I’ve peeled. My face usually gets pretty burnt. I’ve tried just about everything. My favorite sunscreen is called Vertra – it’s a brand that’s made from zinc, and I’ve found that to work the best for me.”

Given the outdoor nature of water polo, sunscreen is used enough in the sport that USA Water Polo has an official partnership with TropicSport, the official provider of sunscreen and skin care products since 2019.

The brand – which claims to be environmentally friendly by using all-natural ingredients and recyclable and reusable bottles – is one of the only on the market to pass the U.S. Food and Drug Administration 80-minute and Australian 240-minute water resistance tests.

Based in the city with the most high-ozone days in the country, UCLA is a hub for poor air quality – particularly on hot, sunny days – which can cause a variety of negative health effects including damage to the skin, respiratory and heart issues as well as fatigue.

Redshirt sophomore utility Giorgio Alessandria said he understands the potential negative effects of the sun and makes sure to lather up with sunscreen before every practice and game.

“I tan better than most guys on my team so I don’t have to put on a lot, but I like to put sunscreen on because I’m afraid for my future and how the sun’s going to damage me,” Alessandria said. “There’s guys on my team who are completely painted in sunscreen – practice and games, head to toe.”

In addition to sunscreen, coach Adam Wright said the coaches wear an extra something special on the pool deck to avoid the sun.

“The sun’s a lot when you’re on the water and outside, so sunscreen is important,” Wright said. “As coaches, we wear big straw hats when we need to as extra protection. It’s something we take seriously.” 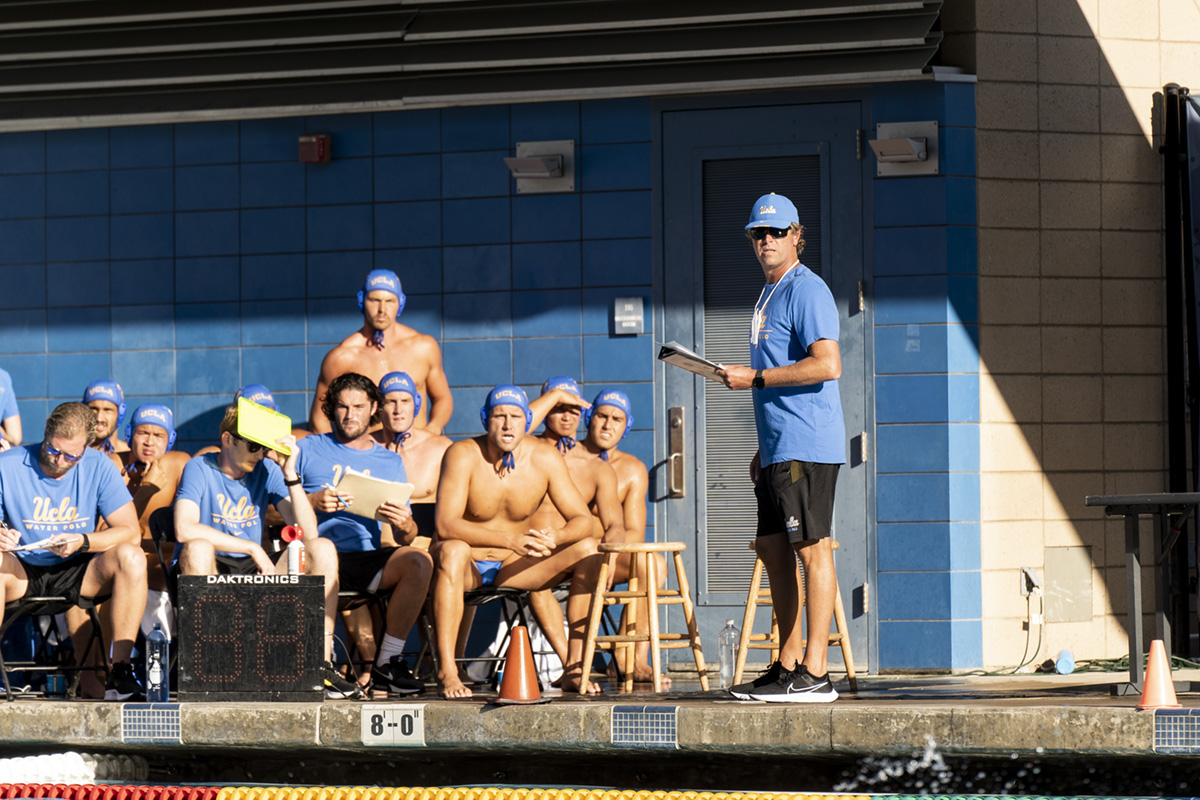 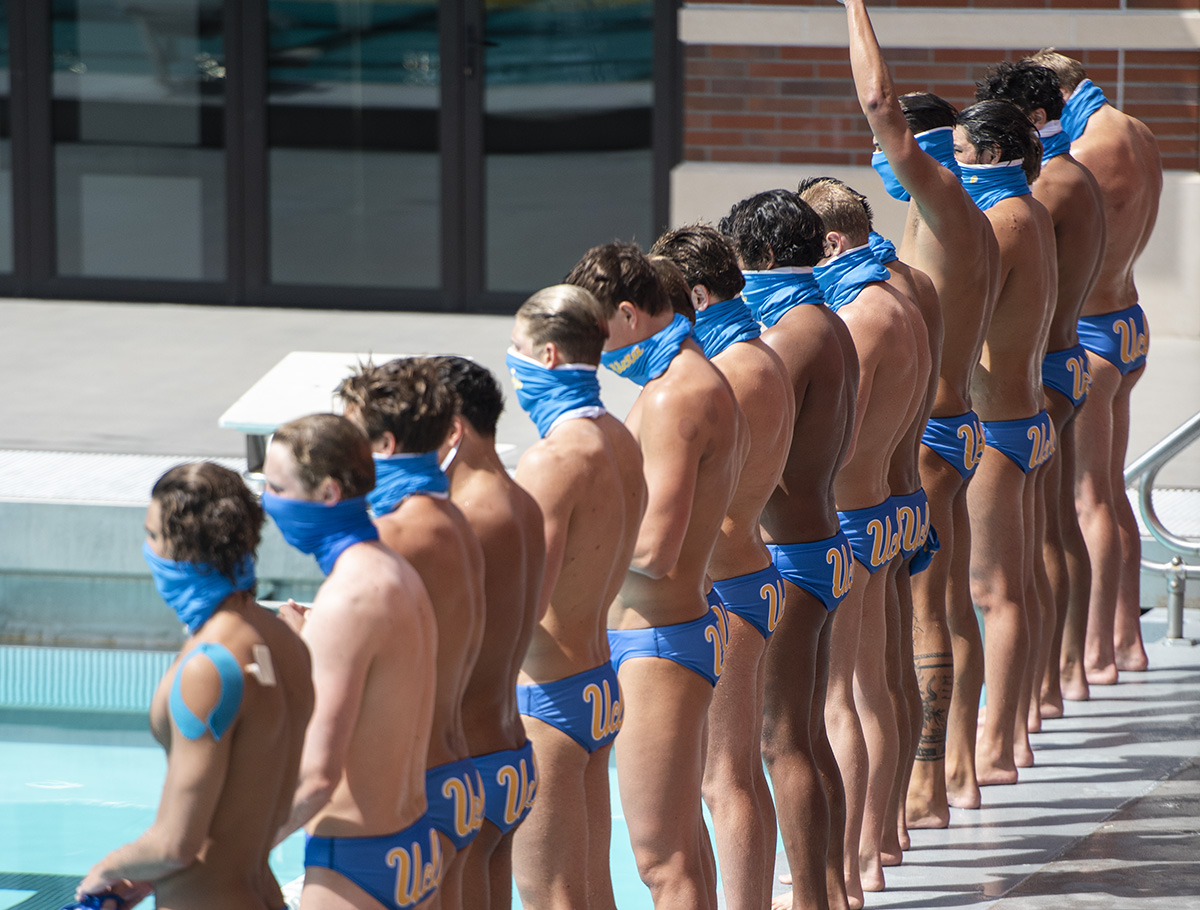 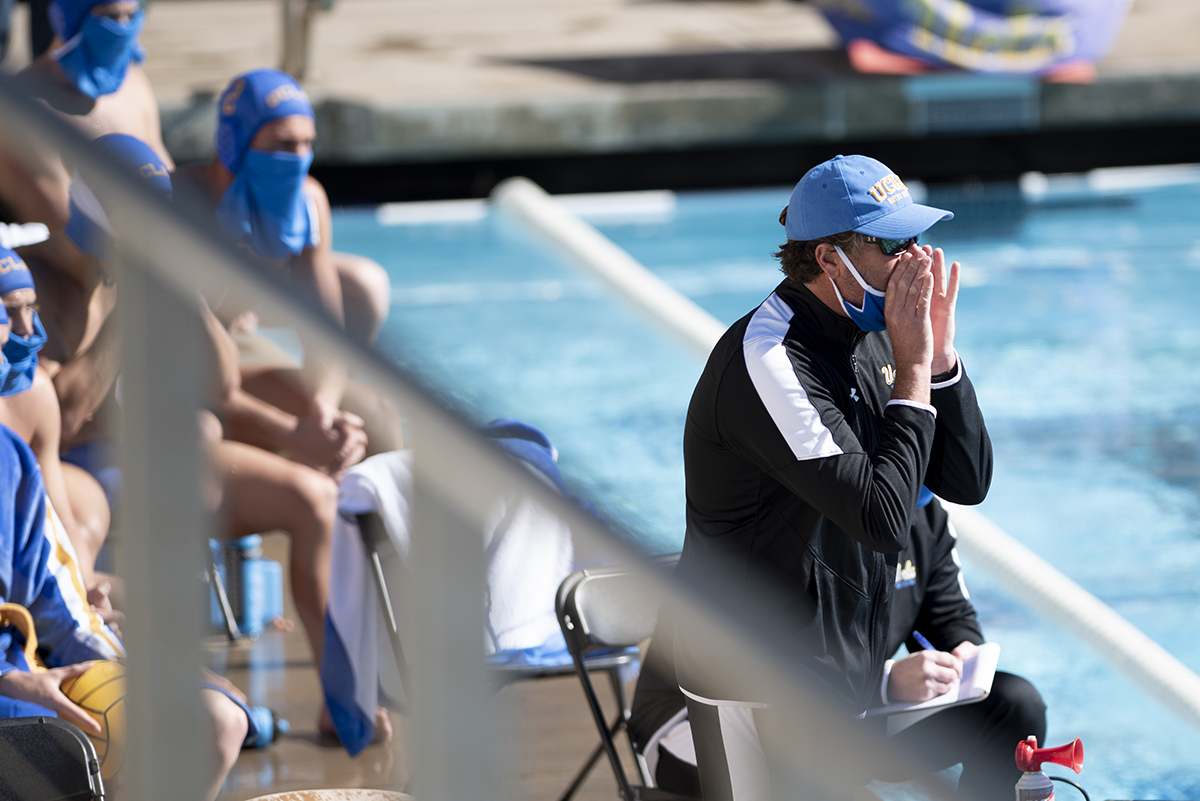 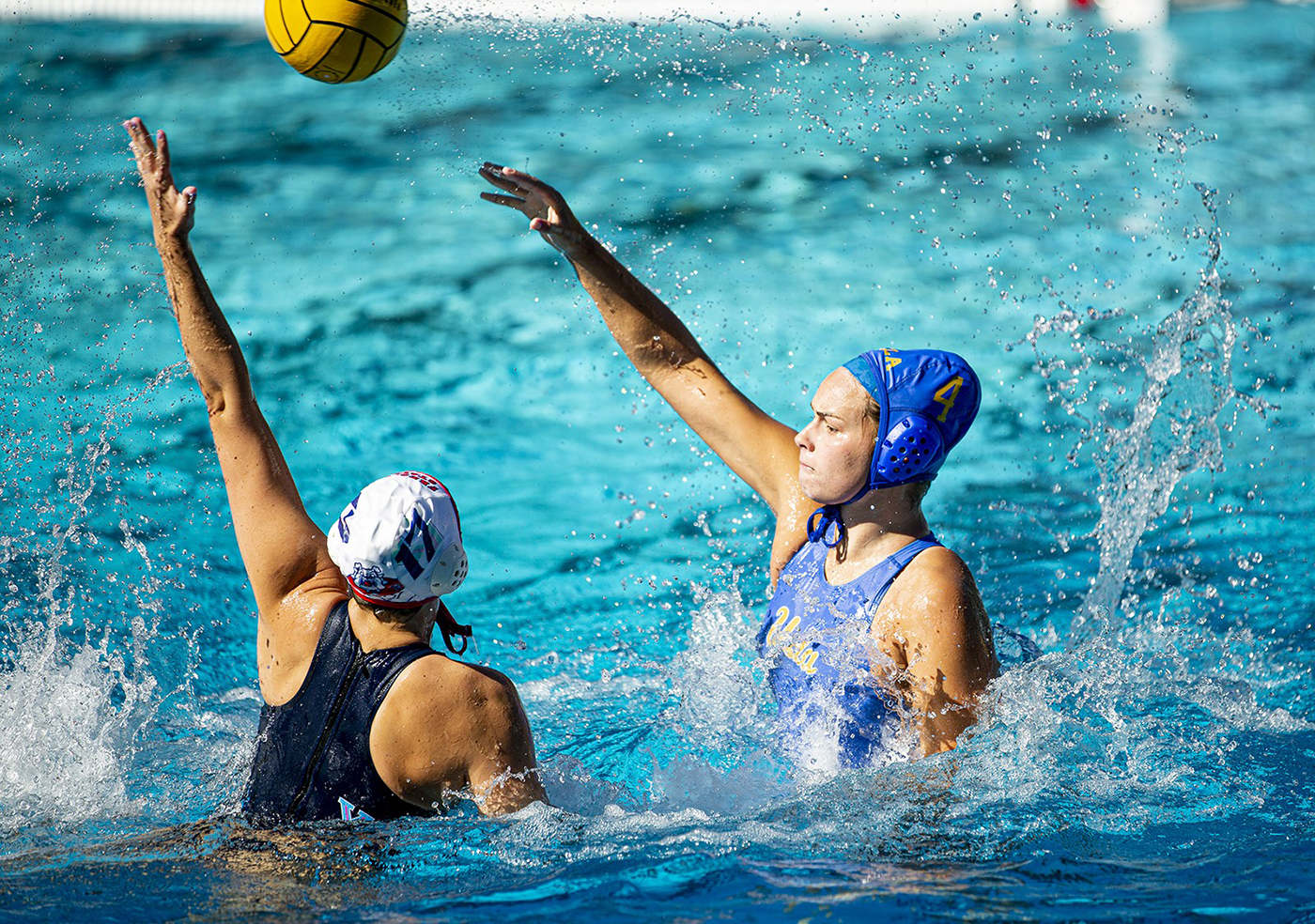