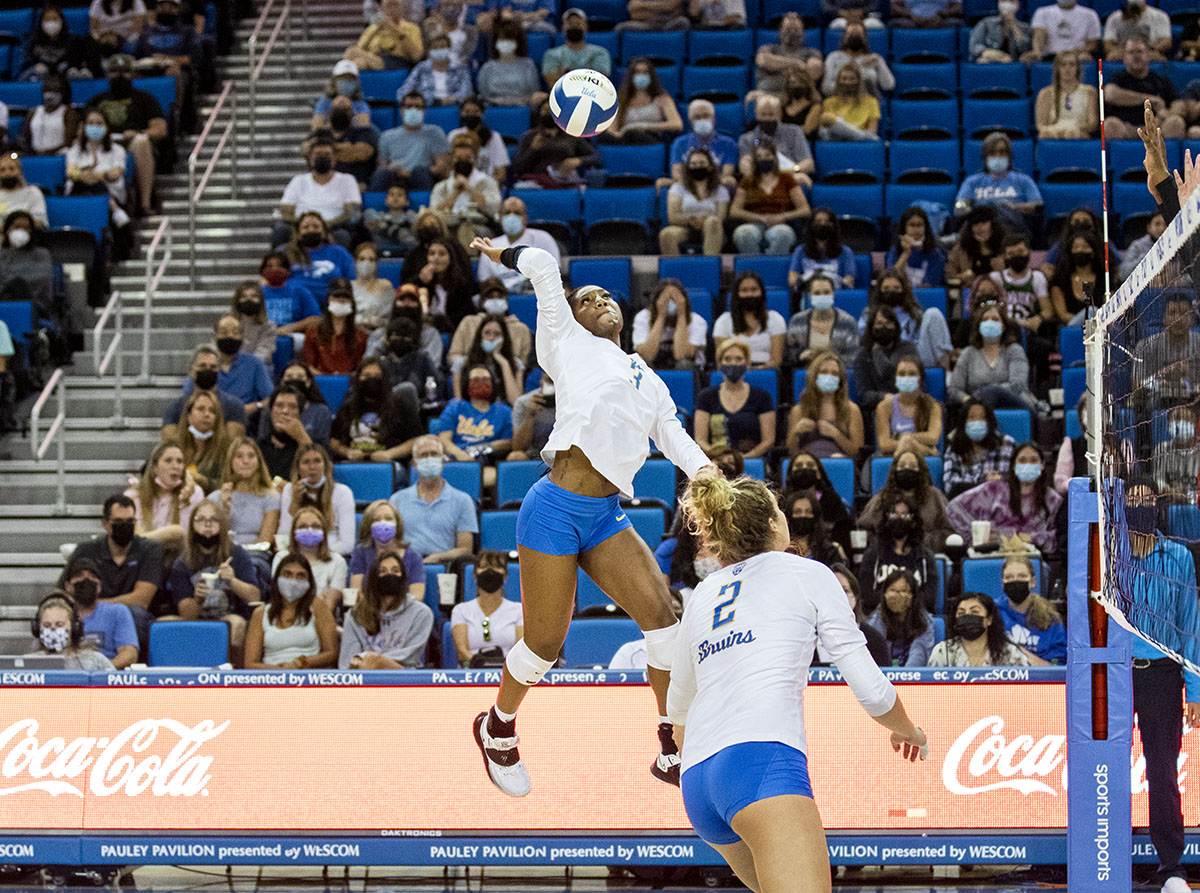 With a career-high 20 kills against the conference kill-leader, freshman outside/opposite hitter Charitie Luper and No. 16 UCLA women’s volleyball upset No. 15 Utah on Sunday afternoon at home. (Grace Wilson/Daily Bruin)

For the second time in two days, the Bruins swept their opponent.

At set point in the opening frame, Utah scored five consecutive points to narrow UCLA’s six-point lead down to one. Despite the Utes pushing the Bruins to the brink early in the match, coach Michael Sealy said it was good for his team to face adversity.

“Whenever you win by a large margin, it gives you this false sense of reality,” Sealy said. “You start the next set and now it’s a one-point difference where we are used to a 10-point difference, so them coming back was good because it fell into a normal volleyball game.”

Utah outside hitter Dani Drews, the current Pac-12 leader in kills, had three consecutive kills to cut the deficit.

Sealy said it was important for the team to know where Drews was on the court throughout the game.

“It’s making sure in every bad situation you find her, and even if you do, she is still going to be great,” Sealy said. “She is an All-American for a reason, but even if she does go off, it is important to contain the rest of her team.”

Although Drews leads the Pac-12 in kills, freshman outside/opposite hitter Charitie Luper outperformed her in the statistic, leading the Bruins with a career-high 20 kills during the match.

Luper said she was able to read the game well and that swinging high allowed her to find opportunities to score.

“They had left me line and I figured that out,” Luper said. “I went for that the whole match.”

McCall said she attributes her impactful serving to the team’s strategy of aiming the serve to where it would be most beneficial.

“We just thought that zone would be most effective,” McCall said. “It was zone one so we kind of took that and ran with it, and it was successful.”

UCLA found itself in a five-point hole in the third set – its largest deficit of the match – but finished out the frame 25-18. The contest marked the second match in a row in which the Bruins only played three sets after playing to five sets in their prior three matches.

UCLA will next match up against Arizona on Friday at 8 p.m. at the McKale Center in Tucson. 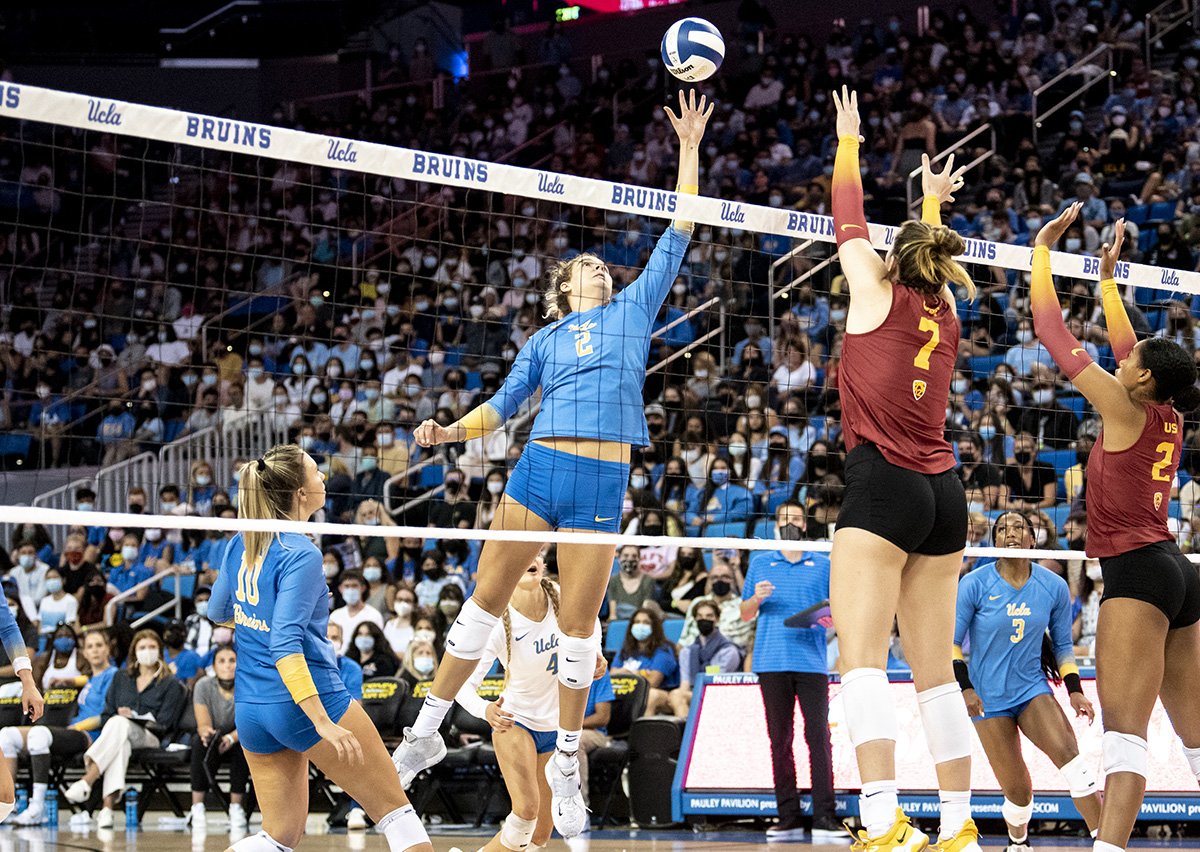 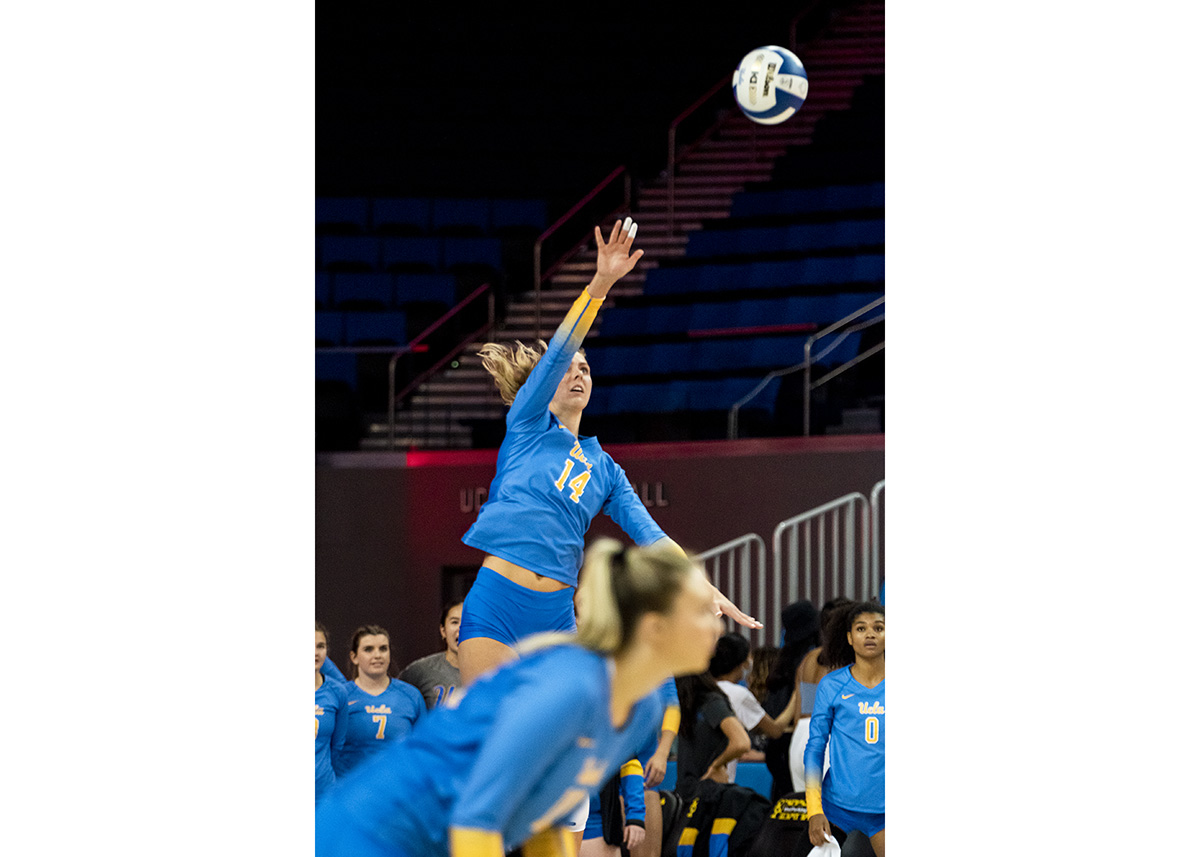 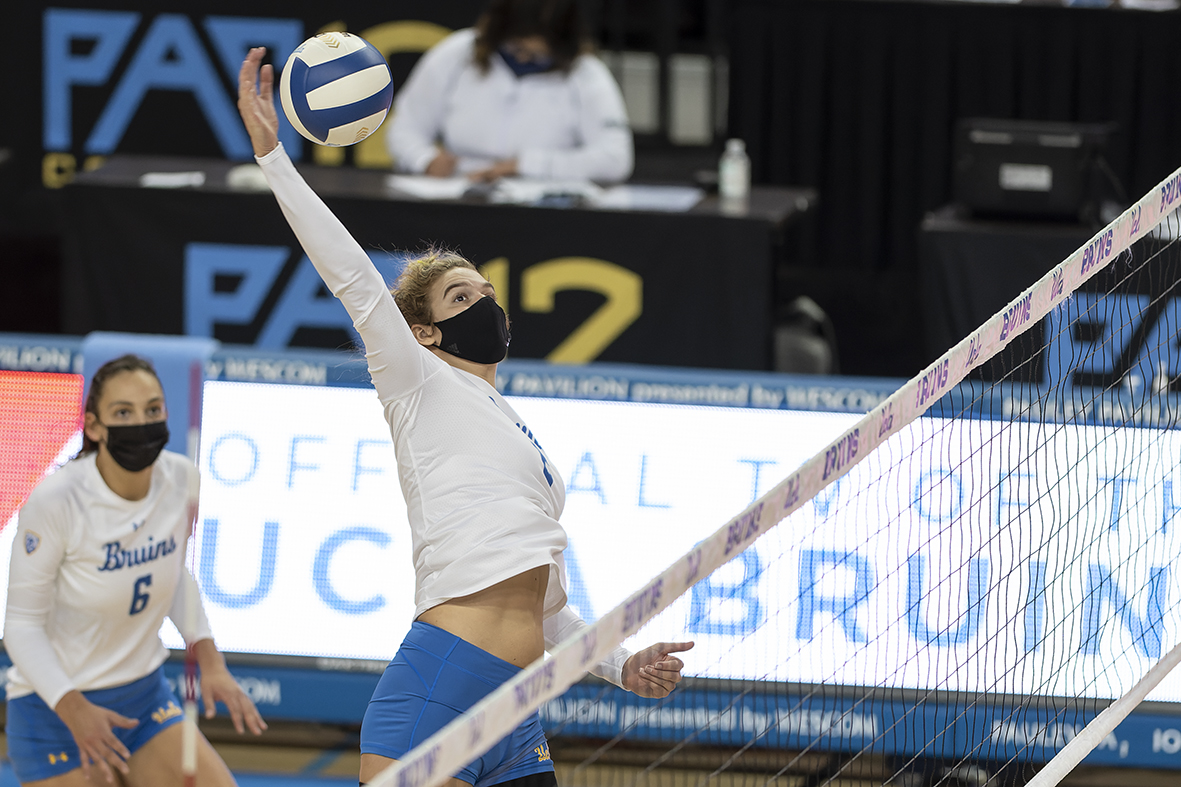 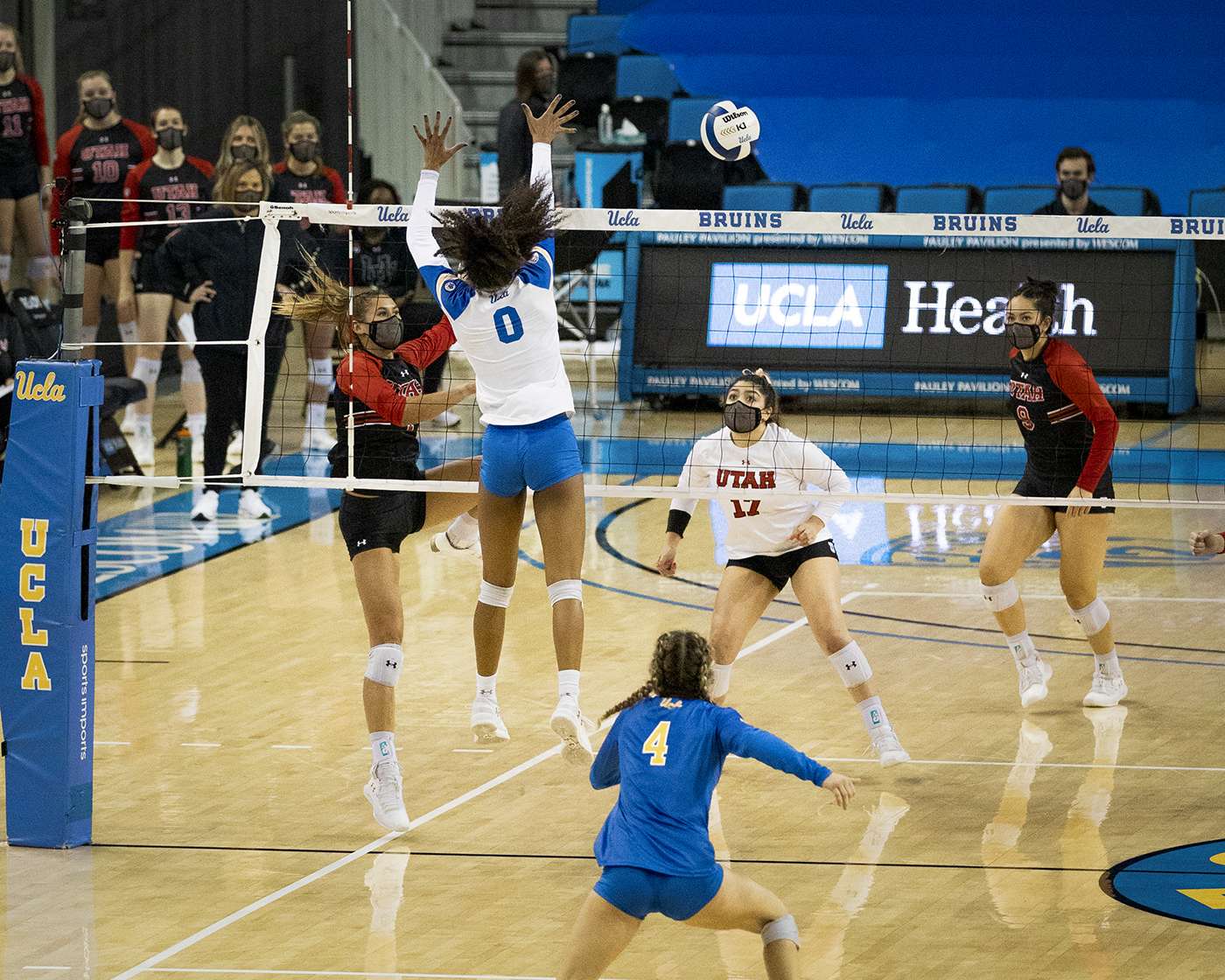