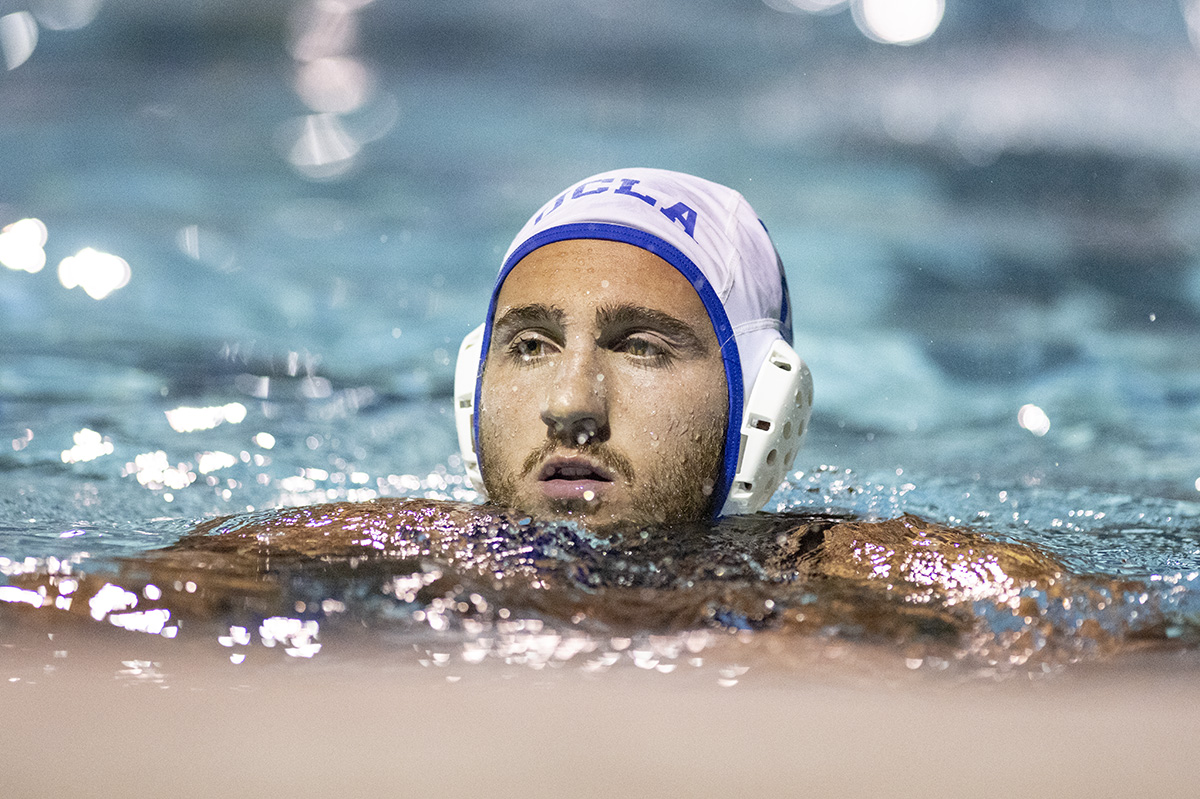 With the game on the line, Nicolas Saveljic settled in for a penalty shot.

The graduate student attacker shot left past the goalkeeper to hand the blue and gold its first lead of the afternoon.

Despite not holding a lead for the first 30 minutes of the game, No. 2 UCLA men’s water polo (14-1, 1-0 MPSF) came from behind to defeat No. 3 Stanford (13-3, 0-1) by a score of 8-6 in its conference opener at home Friday. The win marked the Bruins’ second victory over their Bay Area rivals this season.

After Saveljic’s score, junior goalkeeper Bernardo Maurizi secured two close-range saves in the final minute of the game, and Saveljic added an empty-net goal on the next possession to secure the victory.

“If you watch the game, we were chasing for our lives the whole time on defense because of our frontcourt attack,” said coach Adam Wright. “It was disappointing for basically three-and-a-half quarters. The positive part is we can be so much better. It’s finding a way to win when you haven’t been your best.”

To start the first quarter, the Cardinal jumped out to a 3-0 lead before the Bruins’ defense held its opponent to three goals over the final three quarters, including a scoreless fourth quarter.

With UCLA trailing 5-4 in the third period, Rosenfeld deposited a goal off a rebound to tie the game. The team finished 8-of-29 from the field, including 2-of-10 on the powerplay. In total, the Bruins have gone a combined 2-of-15 in 6-on-5 situations in their two meetings with the Cardinal this season.

UCLA also committed 13 turnovers in the game, five of which were offensive fouls.

“We’ve got to take care of the ball,” Wright said. “Nobody says in water polo that you have to pass or shoot. You can always take that ball and put it in an area where we can go back and play defense.”

Wright added that Maurizi kept the Bruins in the game to make up for their offensive struggles.

“We can’t keep relying on our goalies and Bernardo,” Wright said. “We’ll watch the video, and we can learn from this.”

After holding the Cardinal to under seven goals for the first time since 2016 in their previous matchup, UCLA limited Stanford to six goals for the second consecutive time.

Maurizi, who had 16 saves in the game, said the team’s preparation in practice helps it succeed on game day.

“I feel we’re always comfortable on the fact that we could come back,” Maurizi said. “We know just by studying the opponent.”

Rosenfeld added that the team needs more consistency in practice to overcome the mistakes made in the game.

“We haven’t had consistent training,” Rosenfeld said. “We’ve had a lot of trends where we’re making those mistakes with our body position. Once we can start to string together really good training and start to fix it in training, one hundred percent it’s going to show in the games.”

The game also marked the return of graduate student attacker Chasen Travisano, who started for the Bruins for the first time all season and won two sprints.

Even though Travisano only attempted one shot in the game, Wright welcomed his return to the lineup and said he is a valuable player that brought a calming presence to the team.

“We’ve been playing without a left hand all year,” Wright said. “He’s such an important piece for us.”

UCLA hits the road next week for a Sunday matinee against No. 6 Pacific, a rematch of an MPSF Invitational matchup from earlier this season. 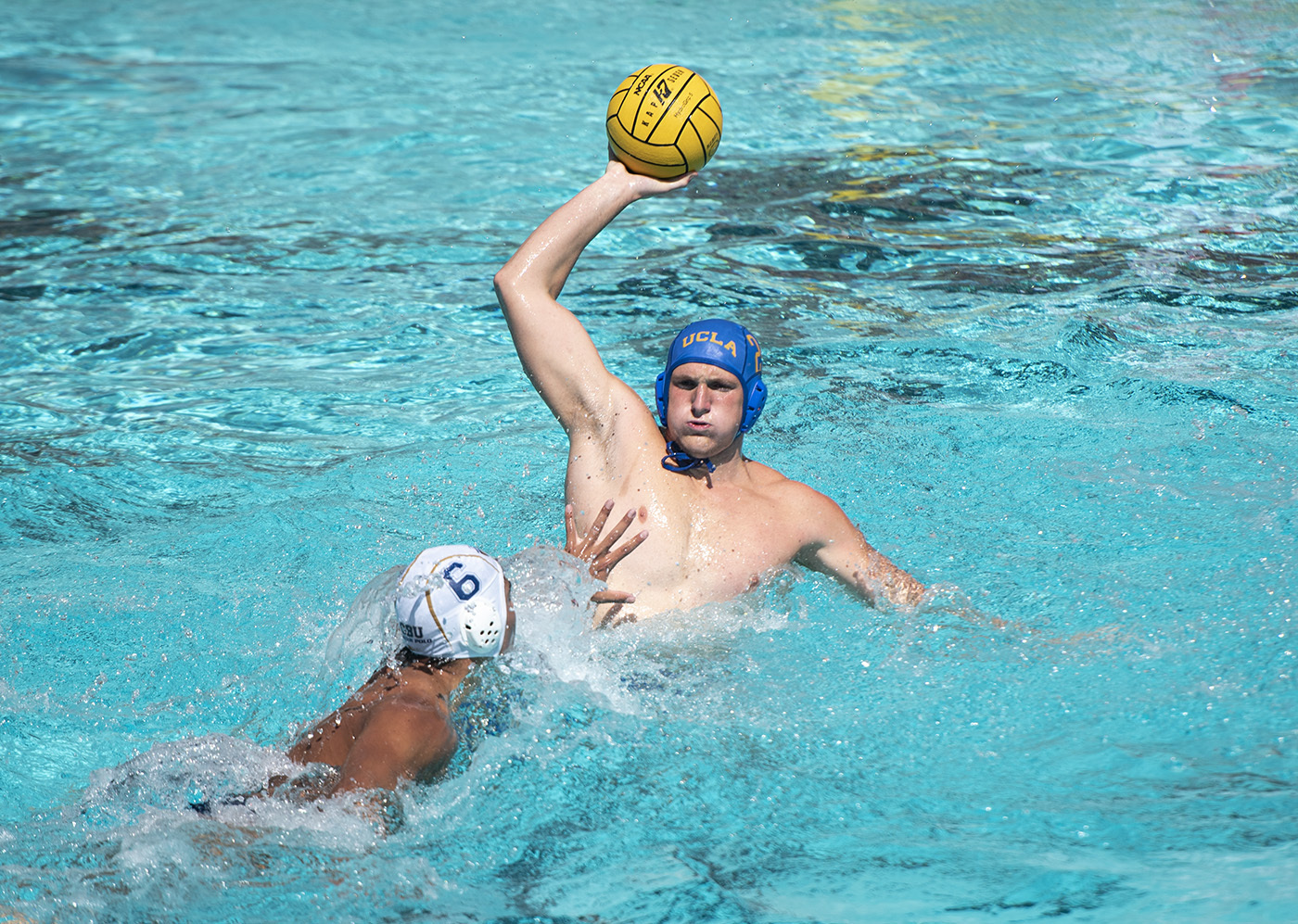 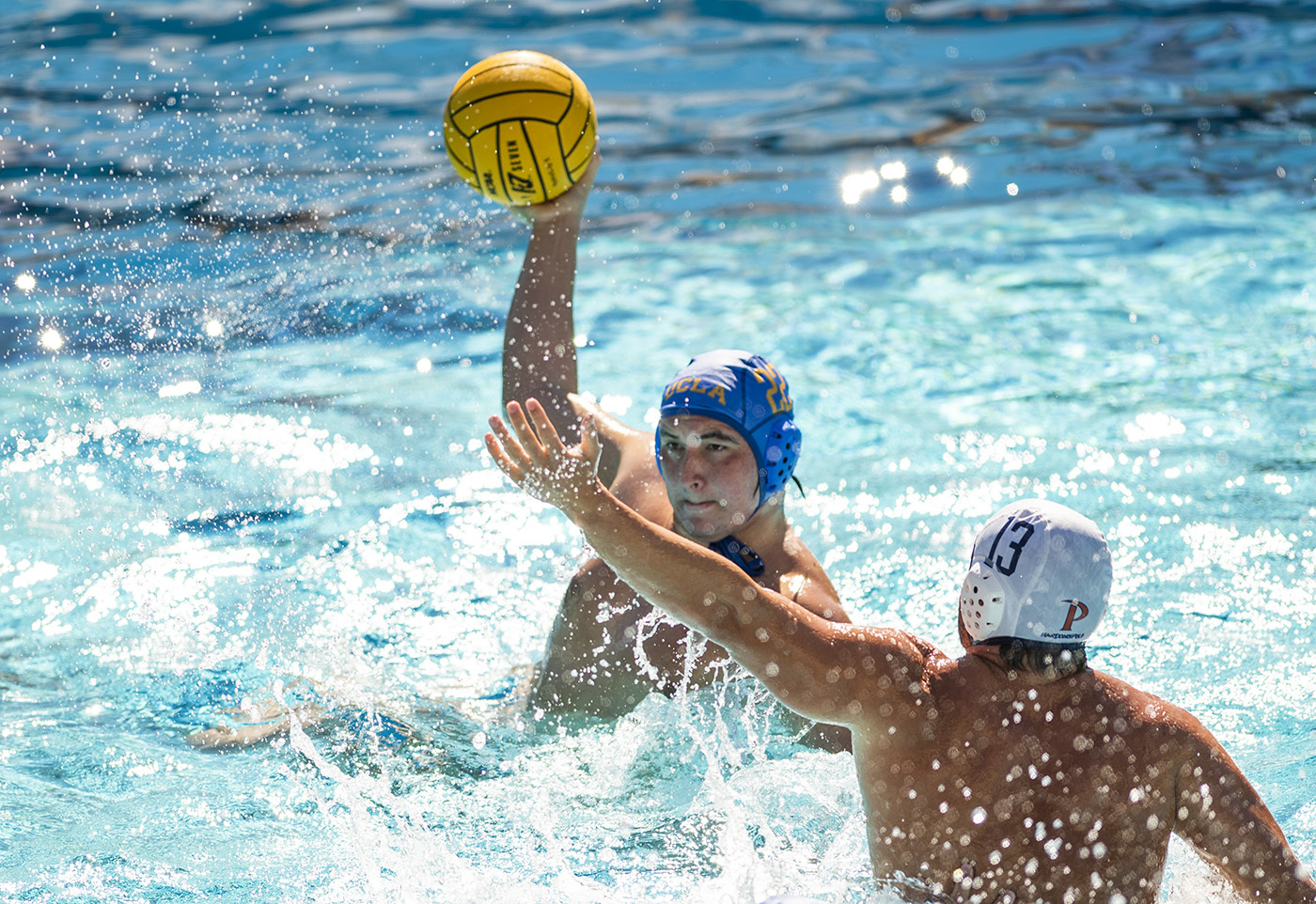 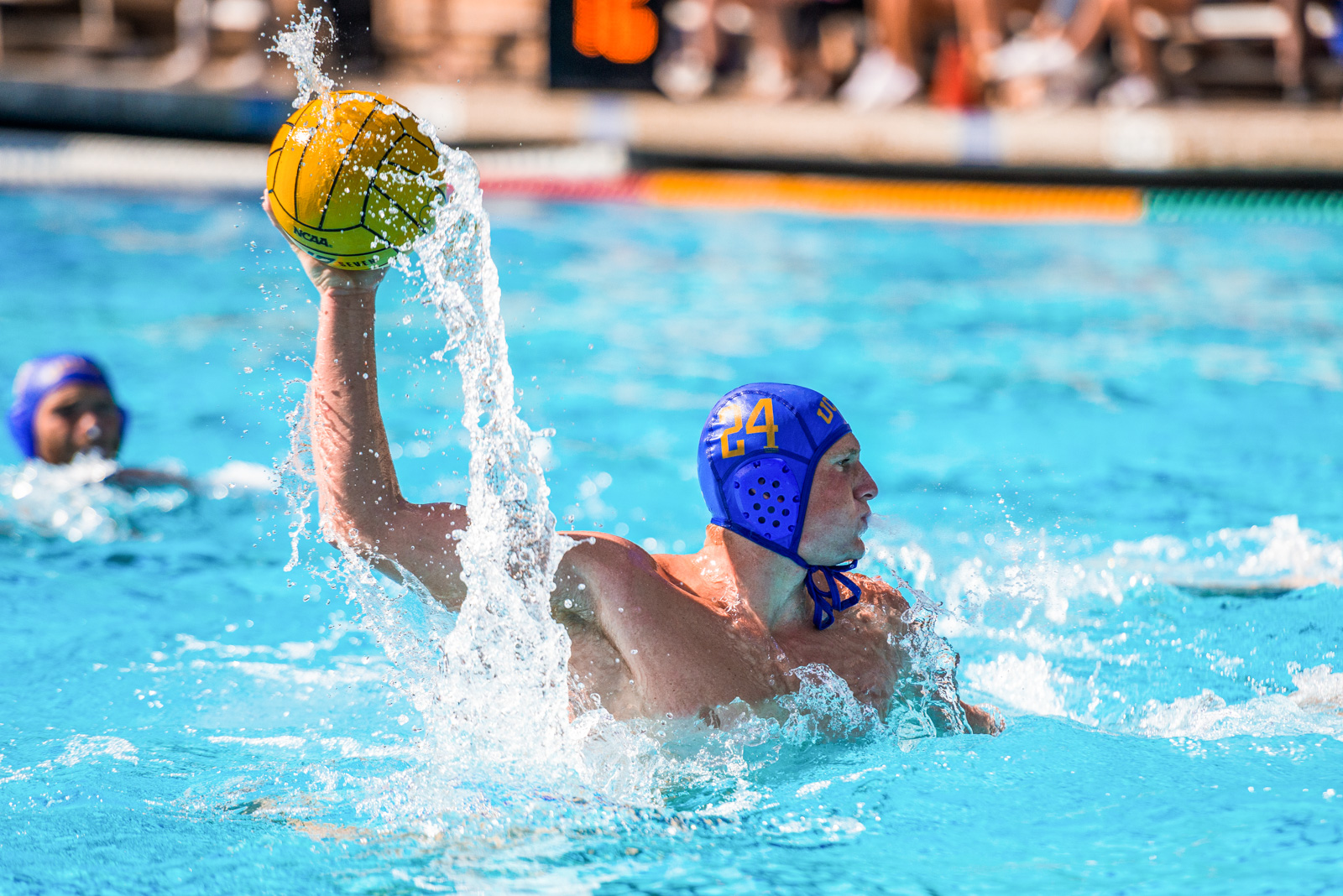 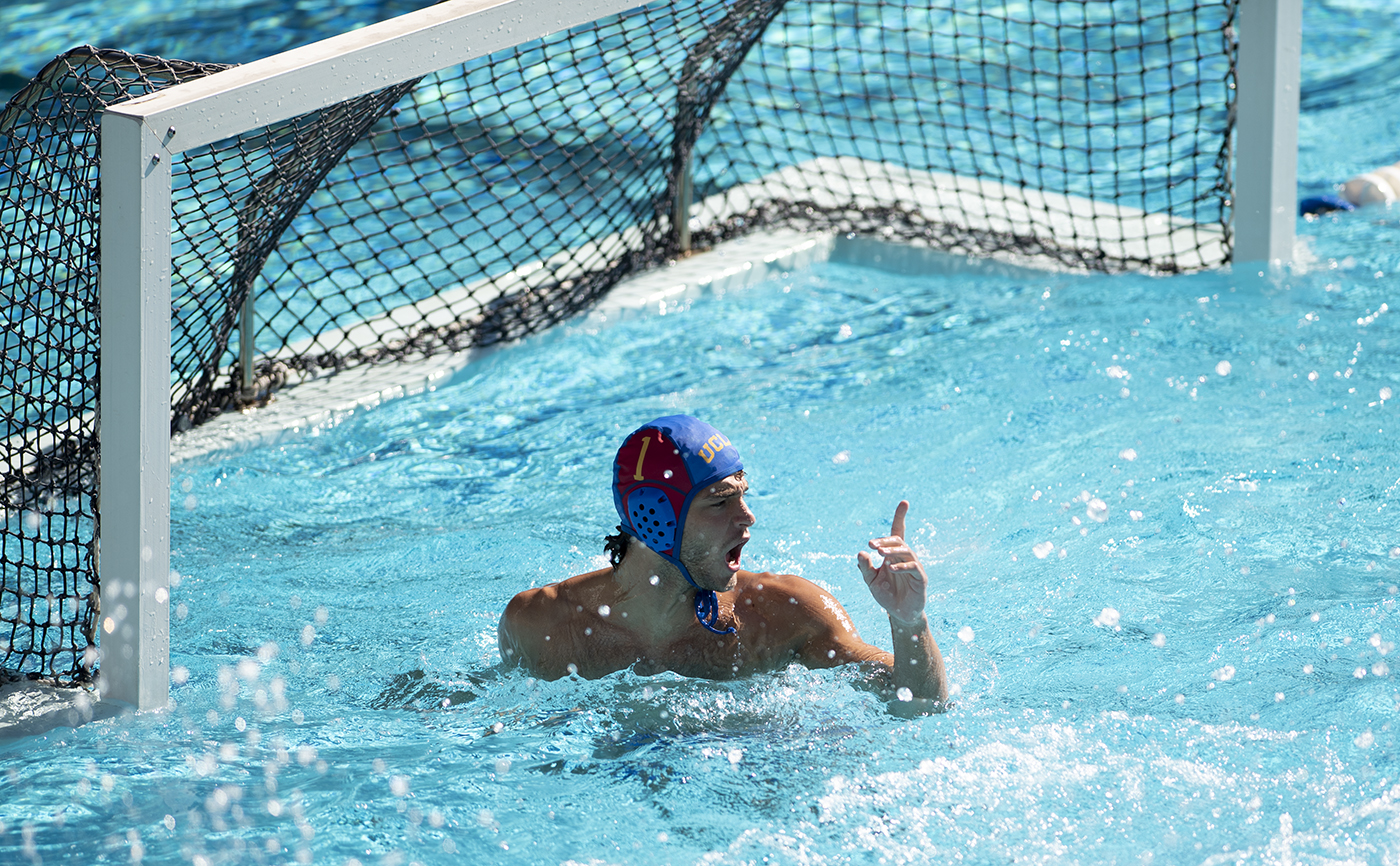