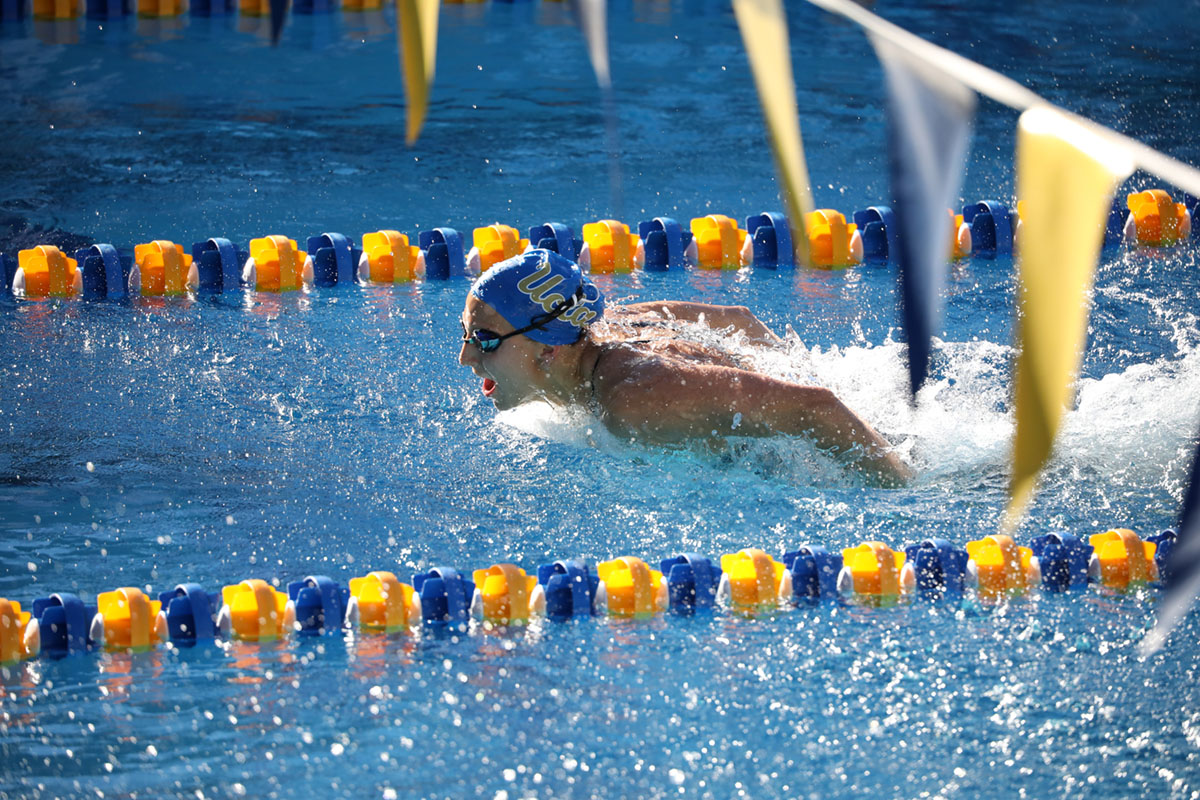 The Bruins brought back an annual tradition to kick off their season.

Over six months after the conclusion of the 2021 NCAA championships, UCLA swim and dive officially began its 2021-2022 season with the blue and gold intrasquad Friday at Spieker Aquatics Center. The annual event was put on hold last season because of the COVID-19 pandemic but returned to Westwood to wrap up the Bruins’ fall training and begin the new year.

While the event won’t count toward UCLA’s official record, it marked the team’s first meet of the season, as well as the first time friends and family were allowed to attend a meet since the 2019 season.

Senior swimmer Sophie Clarkowski, whose sister joined the team as a freshman last season, said she enjoyed being able to compete with her parents in the stands.

“It was really a fun and exciting thing yesterday, … just being able to show all our hard work that we’ve been putting in to our parents back at Spieker Aquatics Center again,” Clarkowski said.

The mock dual meet split the team into two groups, with swimmers and divers on each side competing in a series of events. This included social media and weight room competitions in addition to the traditional swimming and diving matchups. While the event took place Friday, Clarkowski said it was more of a week-long affair, with preparations spanning several days before the actual races.

Sophomore diver Aurora Huxman said the intrasquad served as good preparation for the rest of the season.

“It was really nice to have that event,” Huxman said. “It was also interesting to see that even though we were just doing an intrasquad, we all still felt nervous and that’s a good precursor for competitions and dual meets – even the Pac-12 championships.”

A season ago, the Bruins placed third at the Pac-12 championships, their best finish since 2006. Both Huxman and Clarkowski competed in the meet, and Huxman said one of the goals of the Bruin divers this year is for all six divers to reach the competition.

Huxman added that in the offseason leading up to the intrasquad, the divers worked on fundamentals, honing in on little details before attempting bigger dives.

“In the offseason, we work on a lot of endurance and capacity.” Wolfrum said. “This fall, we’ve been working on speed and execution around our turns in particular and our kick, and those things have really been paying off and we were looking really good (Friday).”

The Bruins also welcomed 15 freshmen to the team this season, including 12 swimmers and three divers. Wolfrum said the new class of athletes have fit in well with the team and are already making a strong impression following Friday’s competition.

“Our freshmen top to bottom on the swimming side and the diving side are outstanding,” Wolfrum said. “They’ve been working really hard, they’re fitting in really well (and) they’re excited to be here. … They’ve been doing an outstanding job and they stepped up and they raced really well (Friday) as well.”

Clarkowski said while she hopes her team can find success in competition, her main goal is to be an inspiration to her team – especially to the newcomers.

“I’m really just trying to see what I can do in the pool and also just be the best teammate and leader on this team that I can be,” Clarkowski said. “I want to leave the best impression or leave the best results back for the younger group of girls coming in and set the best example for the future class.” 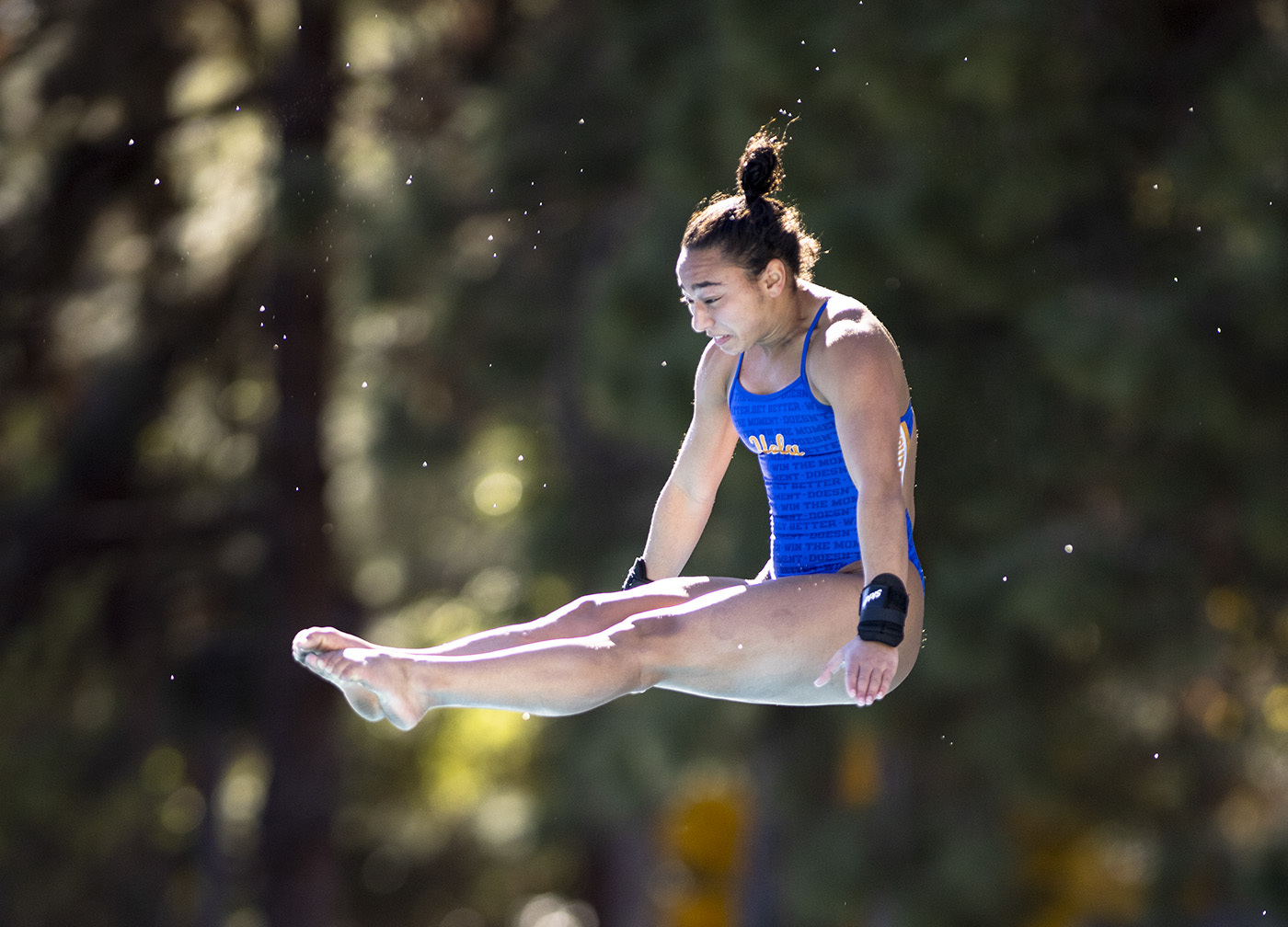