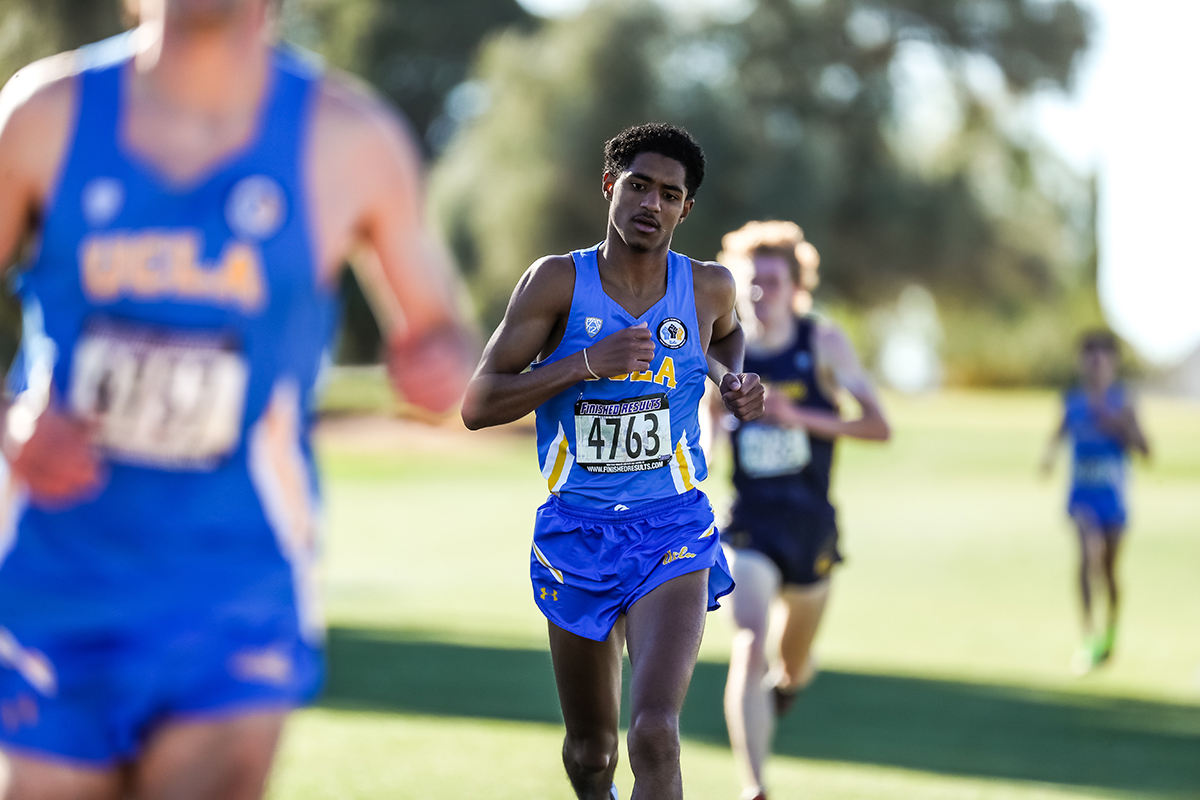 UCLA cross country will be back in action Thursday after earning men’s and women’s victories at a tri-meet in Mammoth Lakes, California, earlier this month. Redshirt junior and captain Darius Riley finished third on the 5,000-meter course in Mammoth. (Courtesy of Mike Christy/Arizona Athletics)

After two years, the Bruins will set foot in Oregon once again.

UCLA cross country will travel up north to Eugene to participate in the Dellinger Invitational for its second meet of the season Thursday. While the event was canceled last year because of the COVID-19 pandemic, the Bruin men placed third and the women placed ninth in the 2019 iteration of the invitational.

The men’s team swept the top six spots in its season opener, a tri-meet against UC San Diego and UC Riverside that was located in Mammoth Lakes, California, around 7,500 feet above sea level. Sophomore Ronan McMahon-Staggs seized the overall victory in the men’s 5,000-meter run with a time of 17:02.4.

Carlie Dorostkar had her debut for UCLA at the tri-meet with a winning time of 15:35 in the women’s 4,000-meter race. The sophomore said she has not participated in an event as large as the Dellinger Invitational in nearly two years because of an injury that rendered her unable to race her entire freshman year in both cross country and track and field.

“I haven’t been in a big race in almost two years, since high school, since I never had a high school track season either,” Dorostkar said. “I’m super excited to race and see what I can do now that I’ve had those lessons and (now that I’m) built up from not running for five months and getting back into it.”

Captain and redshirt junior Darius Riley said the team’s performance at the next few meets will be key to scoring points and qualifying for nationals.

“Obviously, we want to score really well at the Pac-12s,” Riley said. “(Our) overarching goal would just be to qualify for nationals at the end of the season.”

Riley said he is excited to see how the freshmen perform in a race setting after having a successful camp at Mammoth Lakes.

“They’re all contributing in different ways, and it’s a really strong freshmen class,” Riley said. “The resilience that they have – the month up there in camp was really impressive.”

Assistant coach Devin Elizondo noted the importance of the competition at the Dellinger Invitational, which will feature teams such as the Arkansas women, Boise State and Air Force. Elizondo said the meet will be a good challenge for the team to see where it stacks up against teams from across the country.

“It should be a really great field for us and a really good early-season challenge for those folks who haven’t raced in a while,” Elizondo said. “If we have a nice performance here, it can vault you in some of the rankings and toward the national competitions.”