Friends and family of Brendon Galbreath remember him for his kindness, drive 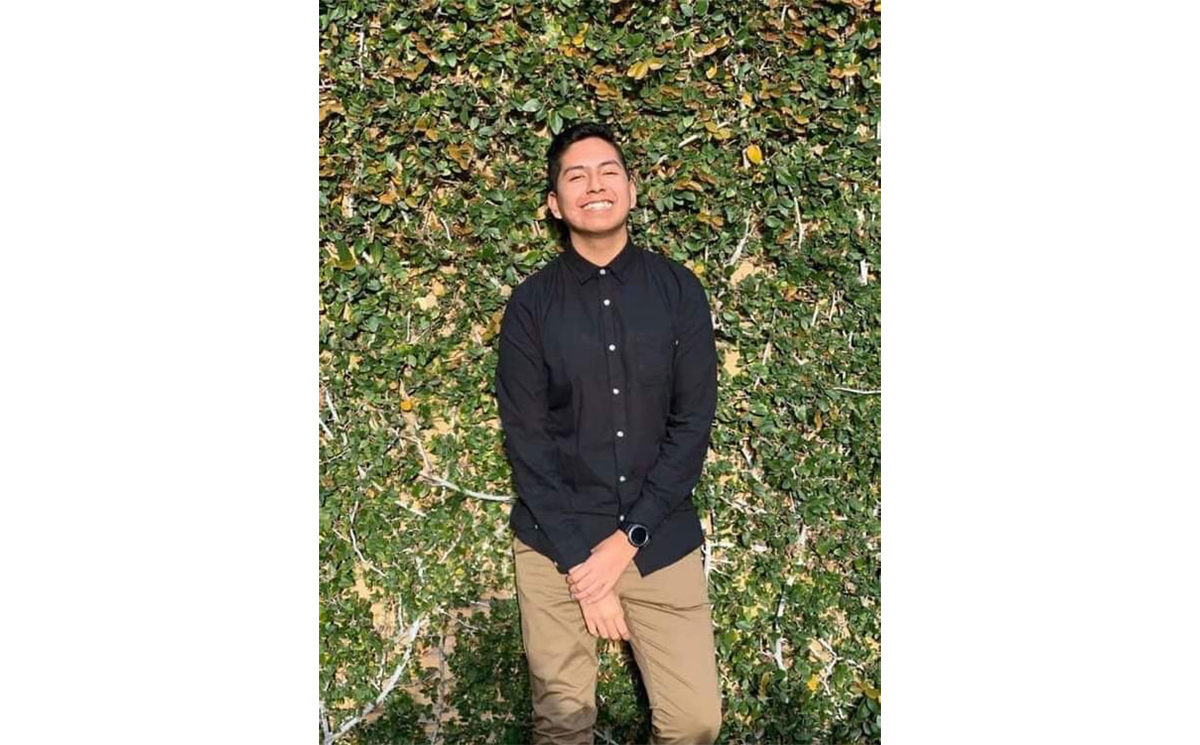 Brendon Galbreath, a student who spent two years studying at UCLA until the COVID-19 pandemic sent him home to Montana, died Aug. 12 at the age of 21. Galbreath’s friends and family remember his laughter, determination and kindness. (Courtesy of Terrance LaFromboise)

Galbreath passed away on Aug. 12 after encountering a Missoula, Montana law enforcement officer, a confrontation that is still under ongoing investigation. He was 21 years old.

Galbreath grew up a member of the Blackfeet Nation in Browning, Montana and attended Browning High School, where he was a member of the student council, speech and debate, drama, human rights and Rising Voices Poetry clubs. He was also a part of the track and cross country teams and graduated as salutatorian of his class.

From there, Galbreath spent two years as a student at UCLA on the pre-med track before returning to Montana during the COVID-19 pandemic.

In Missoula, he lived with his cat, Midnight, and planned to transfer colleges in the fall to remain closer to his family after the death of his grandmother.

LaFromboise, who works as a suicide prevention specialist and tribal relations crisis counselor, said Galbreath was funny and well-rounded.

“He carried himself in a way where you could see his mild-natured manner,” LaFromboise said. “And that would attract you to him because he also was very funny and was quick-witted because he could joke with the best of them.”

Galbreath’s family received an outpouring of support, LaFromboise added, including letters of condolences from the former governor and lieutenant governor of Montana and the Obama administration. Galbreath had met and talked to Michelle Obama during a trip the Human Rights club took to Washington, D.C.

Obama reached out in a letter to Galbreath after the trip and said his story had touched her, LaFromboise added.

“He also got to go to our state capitol and stay with our governor and lieutenant governor, and they invited him back,” LaFromboise said. “Why? Because that’s the type of person he is. He was always welcomed because of his spirit and his good heart and the way he carried himself … with love and intention.”

Hailie Henderson, Galbreath’s friend from high school, said Galbreath was always loving, caring and free-spirited. They had been family friends but became close friends after he welcomed her to their school in their sophomore year.

Galbreath hoped to go into the medical field and participated in Indians Into Medicine, an organization that encourages Native Americans to pursue professions in the medical field, she added.

Galbreath astonished his friends with his courage in moving to a place far away and unfamiliar to him for university, she said. At UCLA, Galbreath had begun to explore more career paths and was able to grow more confident and be himself, she added.

“He kind of got out of his shell and was able to be more outspoken and able to make connections with new people and just kind of blossom really,” Henderson said.

Jolee Bullshoe, a friend of Galbreath’s from high school, said Galbreath would often discuss his hope to help others and was a dedicated friend.

“I believe that Brendon did love life, and he loved to be around people that made him happy,” Bullshoe said. “And he didn’t risk anything for that – somebody didn’t make him happy, then he would try to make them happy. He was very much like, I don’t care how you are to me, but I will care about how I am to you and how I treat you.”

Galbreath was also a committed student and focused on working to become a better person and grow however he could, she added.

Amy Conrey Andreas, a librarian at Browning High School, said Galbreath was highly involved in his studies and extracurricular activities and was always ready to join something new. He loved to write poetry for the Rising Voices Poetry Club and often impressed her and others with his writing and humility, she added.

“The thing that always stood out with Brendon (was that) he was such a soft-spoken, kind, gentle kid – self-effacing is always the word that I think of,” Conrey Andreas said. “He would write something and have all these killer lines in there and really deep passages that would affect you, and he would drop them and giggle. He had a lot of talent, and he had a lot to offer, but he always acted like it was no big deal.”

Galbreath worked hard in his studies and was often surrounded by a group of friends, Conrey Andreas said. He consistently searched for ways to challenge himself and was focused on getting into UCLA.

“That’s one thing I always respected about him – it’s like he set the bar high for himself and wasn’t afraid to do that,” she said. “Usually, kids want to go somewhere where maybe they know somebody else is there, and they have some sort of contact, and he wasn’t afraid of that at all. He really wanted a very challenging academic experience where he would be surrounded with people from all different backgrounds.”

Galbreath was a person who valued compassion and understanding, and was passionate about helping other people, Bullshoe said. 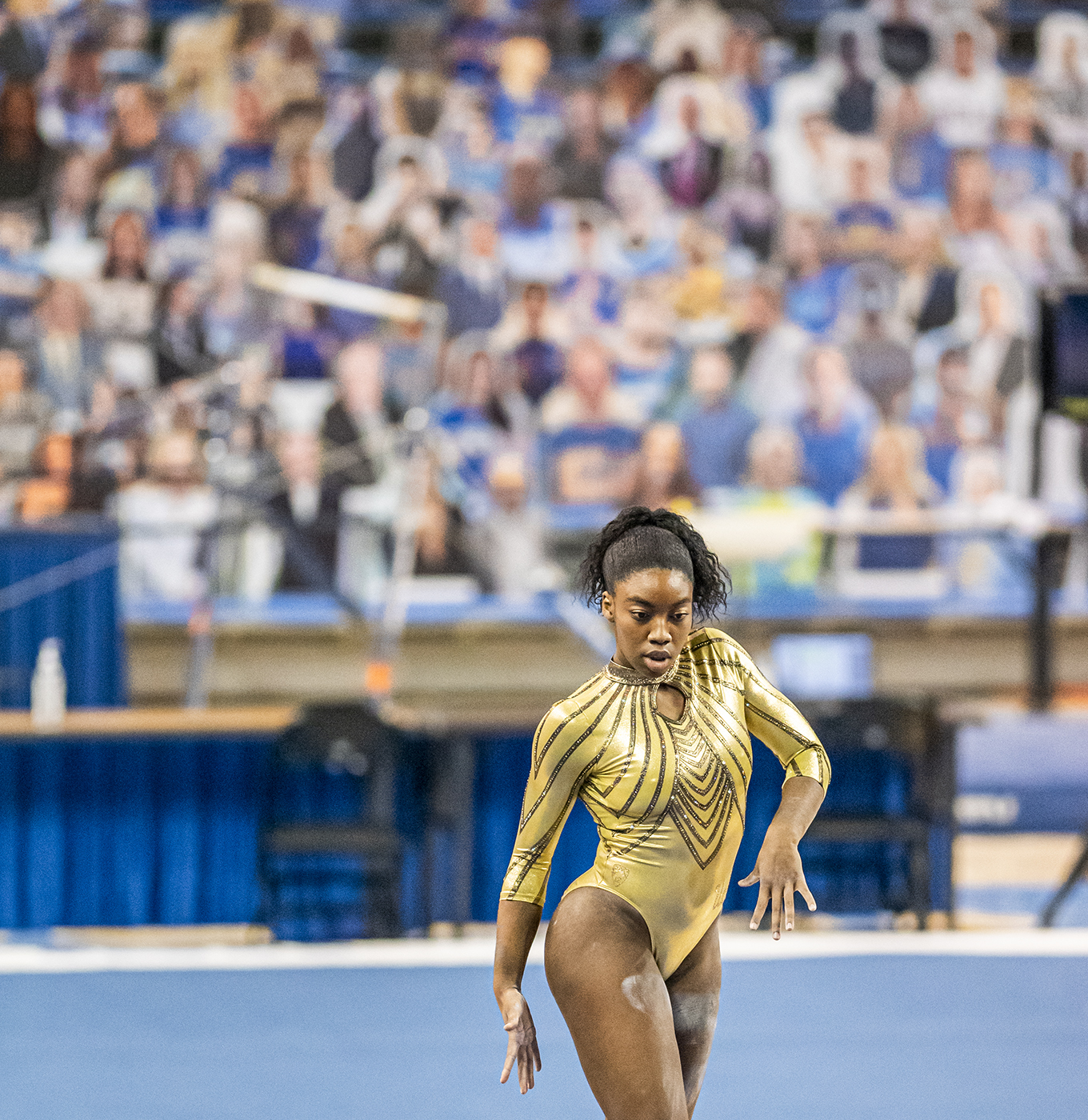 UCLA gymnastics competes in front of friends, family for 1st time in 2021