Candidates for LA City Council District 5 discussed homelessness and housing insecurity over Zoom on Thursday. The public forum was hosted by the North Westwood Neighborhood Council. (Courtesy of Furkan Yalcin)

Housing insecurity in Los Angeles is rising, and in Westwood, there was a 10.15% increase in homelessness between 2019 and 2020, according to the North Westwood Neighborhood Council.

The next LA City Council election will be held in 2022, with seven candidates registered on the LA City Ethics Commission website as of June 30. The ethics commission administers local and state laws related to campaigning. The incumbent council member, Paul Koretz, announced he will run for city controller in 2022.

Thursday’s forum began with an introduction to the candidates and their stances on the new city ordinance approved by Mayor Eric Garcetti on July 29 that criminalizes homelessness.

All four candidates at the event said they opposed the new ordinance and that the city had consistently failed to solve homelessness issues.

The ordinance will not improve conditions for people experiencing homelessness, as mental health services and safe places to sleep are still lacking, said Biblarz, a council candidate, lecturer at the UCLA School of Law and a former summer law clerk at the LA County Public Defender’s Office. If he were a council member, he would have voted no on the ordinance, Biblarz added.

The ordinance failed to address the root problem of homelessness, which is insufficient availability of affordable housing, said Epstein, a candidate, neighborhood council chair and the founder of a local homelessness service organization. This underlying issue means building affordable housing is crucial, Epstein said, pointing to other housing projects like Tiny Home Villages, which helps support individuals experiencing homelessness around LA.

In addition to better access to temporary housing, safe parking spaces and neighborhood access centers for individuals to connect with services are needed, Epstein said.

Epstein and Yaroslavsky both called for stronger renter protections to prevent evictions that may result in homelessness.

The homelessness prevention budget is much lower than the services budget, and both should be increased, Yaroslavsky said. Programs preventing individuals from losing their homes should be funded alongside those that pay for basic needs, health care and public restrooms, Yaroslavsky added.

Political gridlock has been one of the biggest barriers to progress, said Basler, a candidate, community organizer, environmental activist and local business owner.

Basler added that she thinks radical measures need to be taken due to the lack of results despite rising public spending on homelessness. As a council member, she would call for a moratorium on new luxury housing development, Basler added, and recommend that empty buildings or lots be repurposed into affordable housing.

Better coordination between the city, county and the LA Homeless Service Authority is needed for better results, Biblarz said. Biblarz said he would call for overhauls to the process of gathering public feedback and allocate more time at council meetings for public comment.

Basler also said she would work on gathering public feedback. She would hold town halls for individuals with and without housing to connect and discuss their concerns, she said.

City and county officials have failed to adequately address homelessness, and relying on police officers to do social work is ineffective, said Sam Yebri, a candidate who did not attend Thursday’s Zoom forum, in an emailed statement. Yebri also said he would not ignore street encampments because they are unsafe for individuals residing in them and they block access to public spaces. 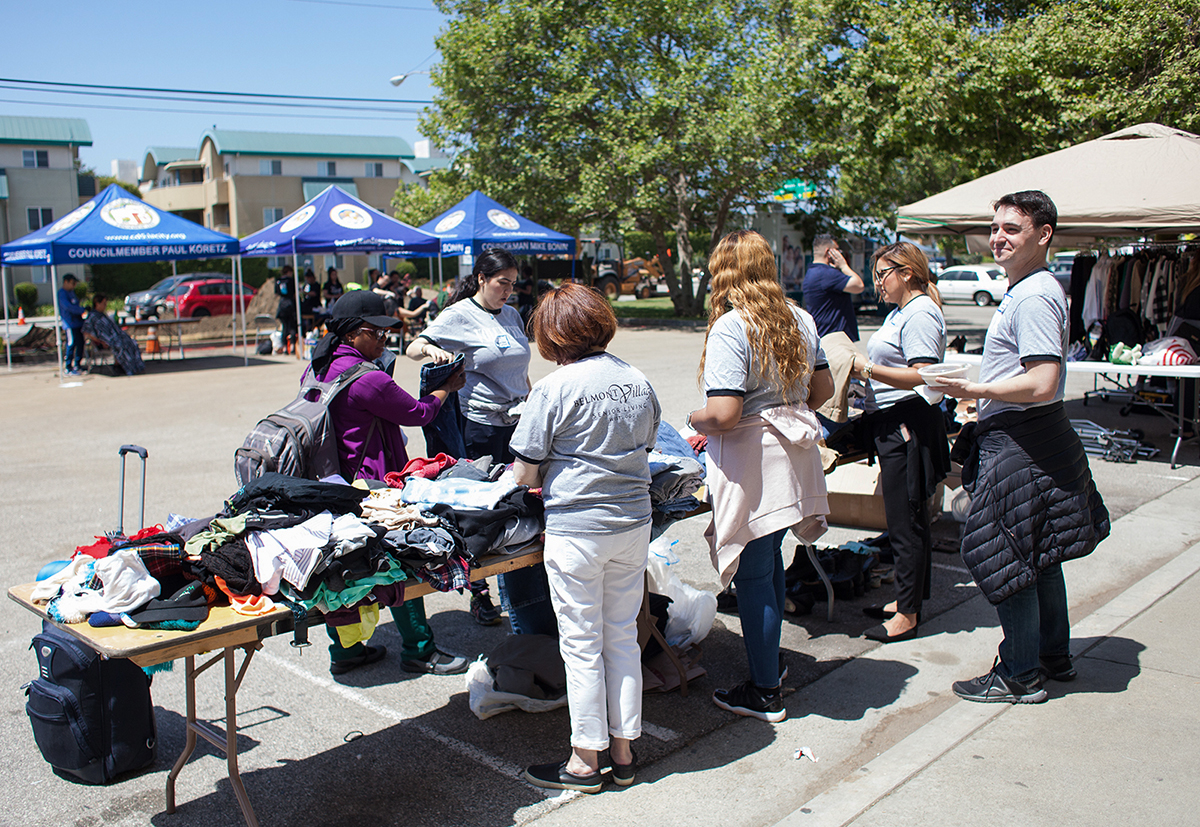