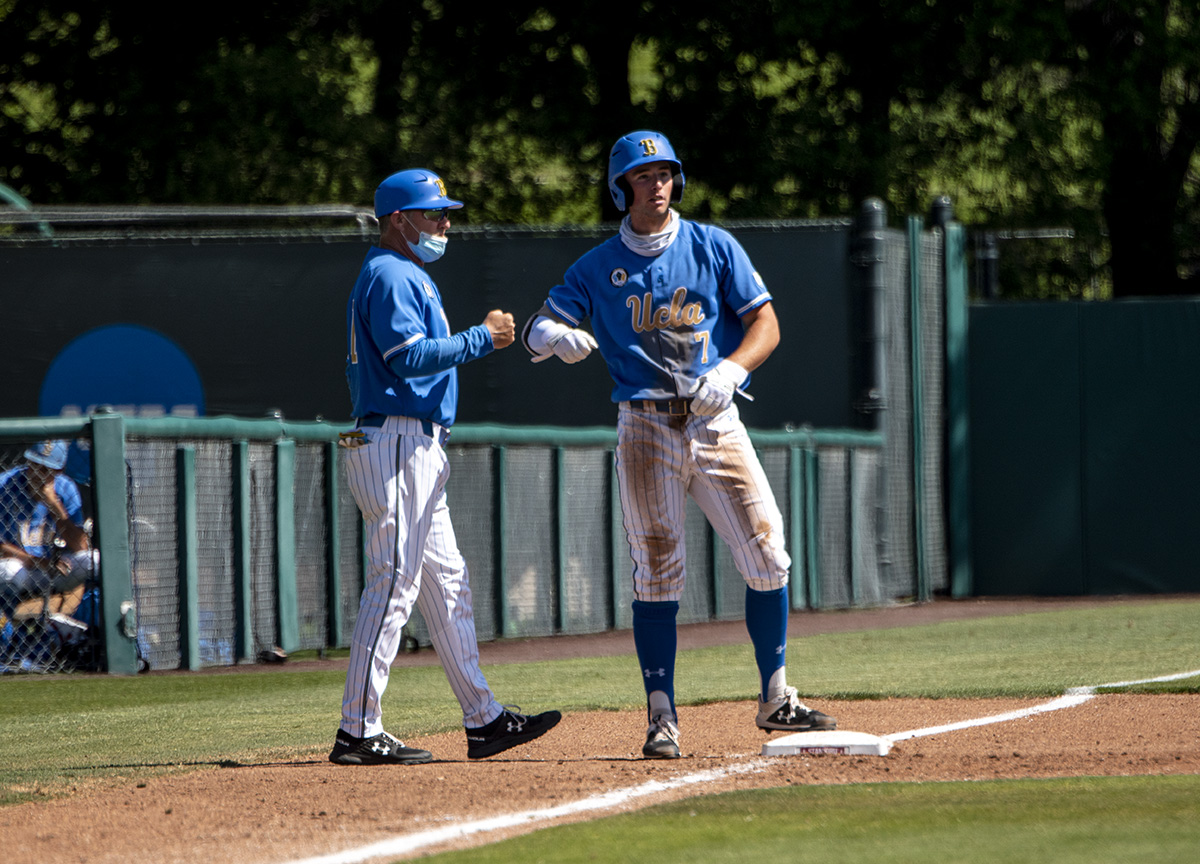 With a 6-for-12 weekend, redshirt sophomore first baseman JT Schwartz locked up the Pac-12 batting title, helping UCLA baseball to a three-game sweep of No. 21 Arizona State. (Jeremy Chen/Daily Bruin)

In their last series of the regular season, the Bruins managed a feat they had yet to accomplish all year.

“The fact that we (swept the series) on the road actually means a lot, especially heading into a regional that we know is going to be on the road,” said redshirt sophomore first baseman JT Schwartz. “Establishing a road identity and trying to establish ourselves as a really strong road team, I think, is really big. This is a really good note to go out on in the regular season.”

Schwartz returned to the lineup Thursday night after missing last weekend’s series against California with a shoulder injury. The redshirt sophomore recorded six hits throughout the weekend with two RBIs and five runs.

The Bruins opened up the series by scoring their highest run total of the season, starting with a four-spot in the first inning, highlighted by redshirt senior designated hitter Kyle Cuellar’s three-run home run. Junior second baseman/shortstop Mikey Perez’s 10th long ball of the season capped off the scoring for UCLA in the third and fourth innings as it scratched across seven runs in those two frames.

The Sun Devils hit a pair of home runs in the bottom of the fourth for three runs but failed to make any significant dents in the Bruins’ lead. The blue and gold scored in six straight innings from the third through the eighth, including a five-run seventh frame.

Twelve Bruins contributed to their 18 total hits Thursday, including three from Schwartz. After batting .500 this weekend, Schwartz ended his season with a .405 batting average, earning him the Pac-12 batting title.

“(I was) just not really trying to make any excuses or feel like I missed any time, just trying to get back at it, get back to the same approach I’ve been having this year and not think about taking time off,” Schwartz said.

Coming into the bottom of the ninth inning down 17 runs, Arizona State brought home five runs but still fell by 12 in the opening contest.

The Sun Devils opened up the Friday contest with an RBI single in each of the first two innings for a 2-0 lead. The Bruins quickly erased the deficit with a pair of doubles in the third but saw their own lead disappear with two more one-run frames from the home team.

Entering the game in the fifth, senior right-hander Adrian Chaidez needed only 22 pitches to face the minimum through three innings of relief for the Bruins, including five strikeouts and one hit that was later erased on a double play.

Still trailing the Sun Devils 4-3 heading into the eighth, the Bruins loaded the bases via a single, a hit batter and a walk. Junior designated hitter Jake Moberg singled up the middle to bring in two runs and give UCLA a 5-4 advantage, and Perez cushioned the lead with his second dinger of the series to bring the score to 8-4.

“At this time of year, you have to win a lot of different games in a lot of different ways, (and) we did that this weekend,” said coach John Savage. “We came back from Friday’s game down and put up that big five-spot to win that game and (we’re) just playing good at the right time.”

Saturday’s matinee started off slower than the first two games, thanks to junior right-hander Jesse Bergin. His outing began with his first scoreless opening inning in six starts, followed by four more three-up, three-down innings. The right-hander did not allow a walk for the fourth time this season and only needed 73 pitches to toss a career-high seven shutout innings.

Bergin said the defense helped him keep his pitch count down and get through innings quickly.

“Defense for sure helped,” Bergin said. “(There were) a lot of one-pitch, two-pitch at-bats, double plays were huge. (Freshman center fielder JonJon Vaughns) in center, he made some good plays, as well as JT at first. Defense for sure was a big part of that.”

Junior catcher Noah Cardenas knocked in the first run of the contest in the third inning on a solo shot to left field, his first since April 3 and fourth on the season. Cardenas followed up the home run with a second long ball in the fifth, bringing the Bruins up a pair.

An RBI single by freshman third baseman Kyle Karros wrapped up the contest for UCLA, handing it a shutout victory two days before the postseason Selection Show.

“We made a statement,” Savage said. “You win three games on the road – I don’t think these guys have been swept at home this year. It was a statement. Hopefully, the committee took notice of that.” 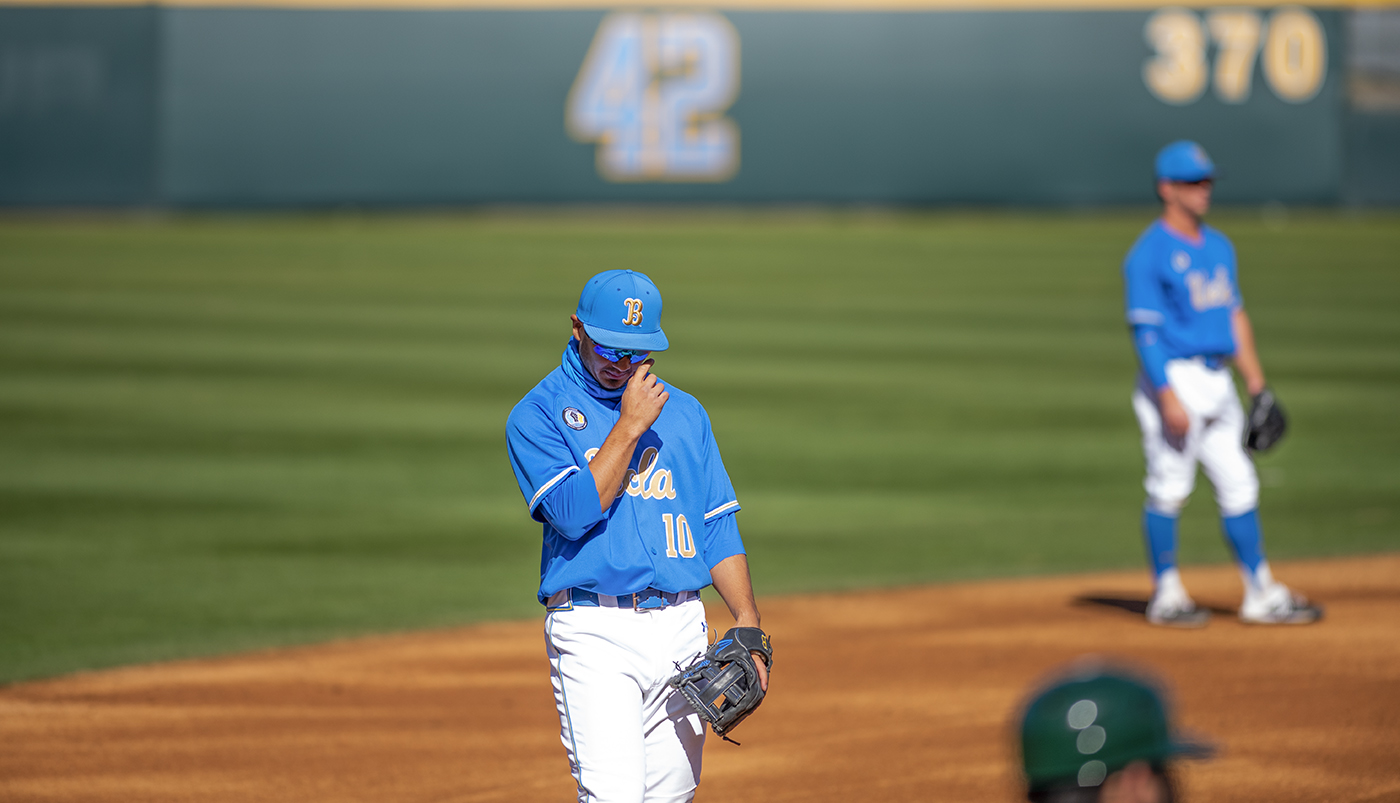 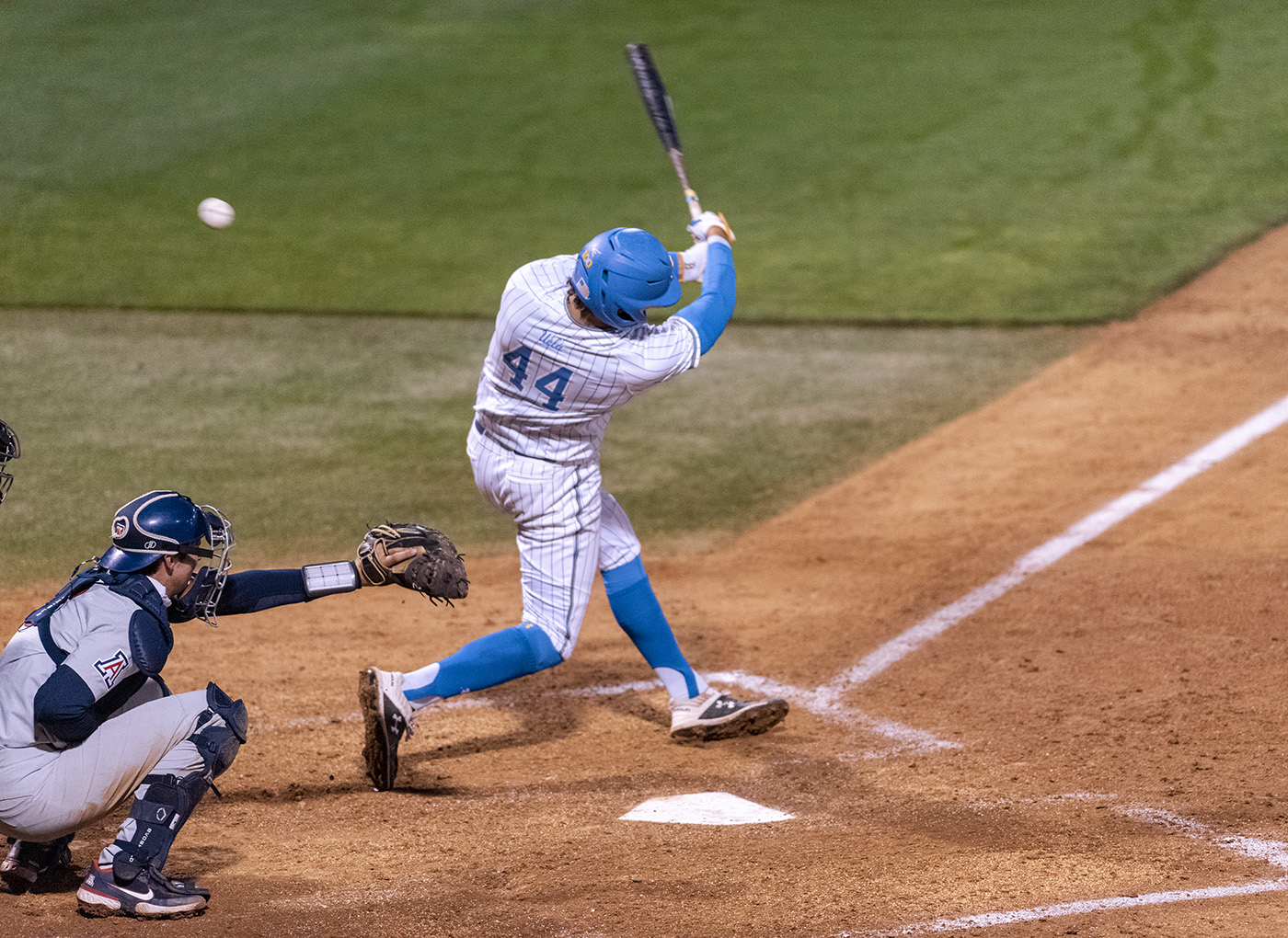 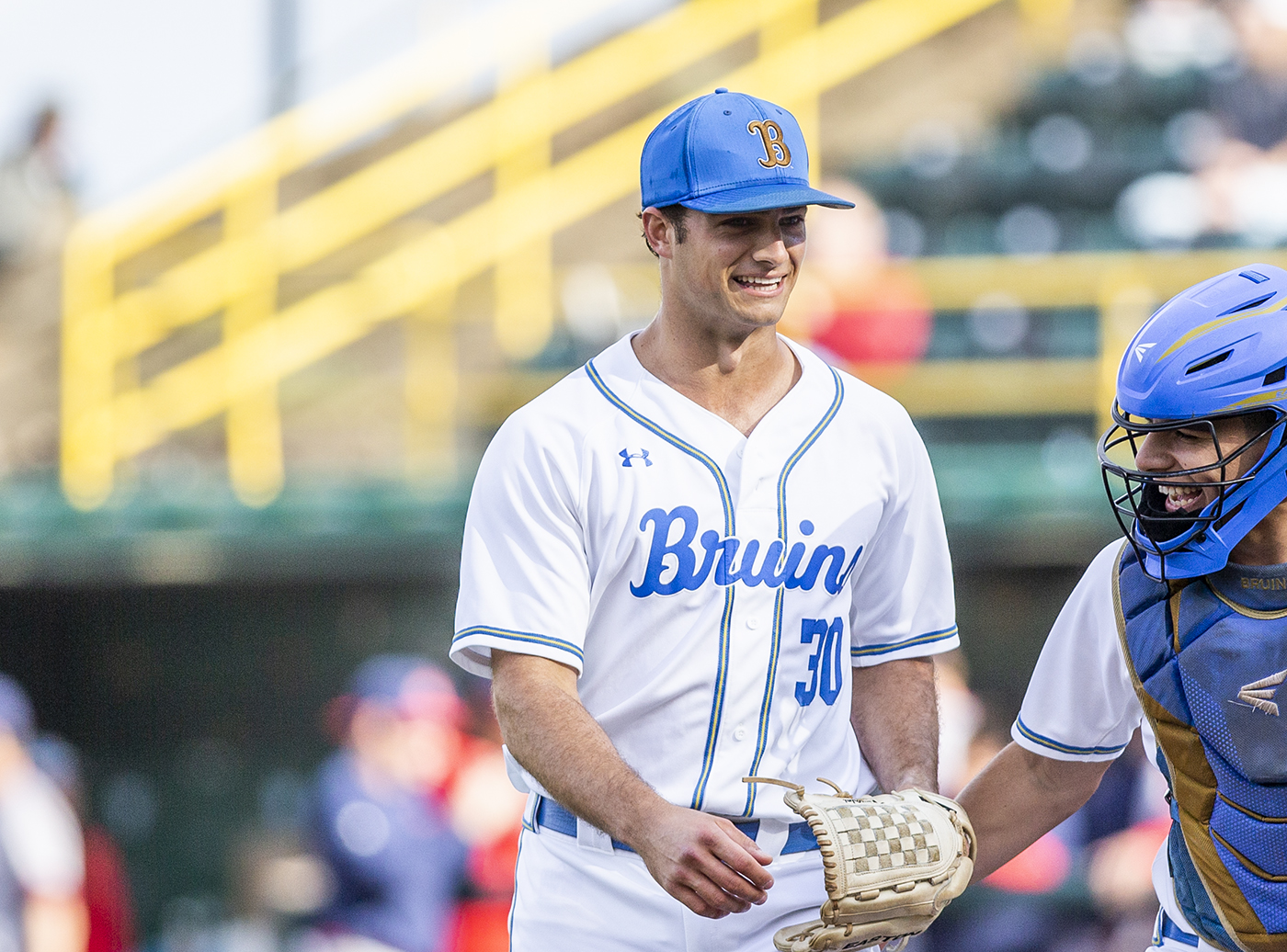