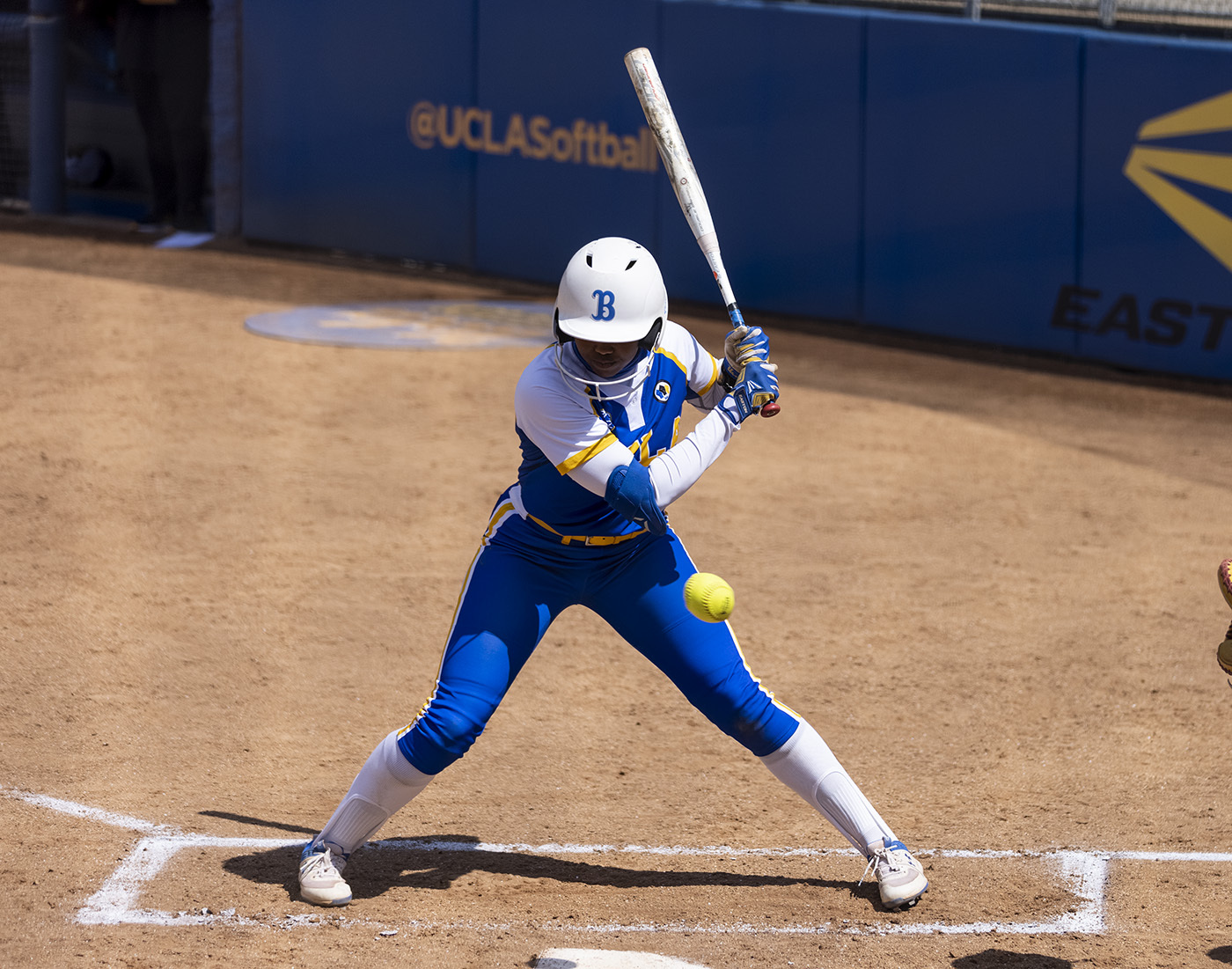 Redshirt junior infielder Kinsley Washington drove in both of her team’s runs with a two-RBI single in the fourth inning in No. 2 seed UCLA softball’s NCAA regional final victory over Minnesota on Sunday. (David Rimer/Daily Bruin staff)

Despite falling behind for the second time this weekend, the Bruins came back to win and advance.

UCLA had previously made a comeback Saturday afternoon against Fresno State, tying it up in the seventh inning and subsequently winning the game to advance to Sunday’s NCAA regional final.

Though it took until the eighth inning for the Bruins to take the lead in their previous game, UCLA went out in front of Minnesota for good in the fourth inning on a two-run single from redshirt junior infielder Kinsley Washington.

“We talk about this – you’ve got to be gutsy, and that was one of our goals today, is to have the guts to be able to compete down to the last pitch,” said coach Kelly Inouye-Perez. “In postseason, it doesn’t matter if you score first or score later in a ball game. The bottom line is you want to throw the last punch.”

The Bruins struggled early on against Golden Gopher pitcher Autumn Pease, who only gave up one baserunner on a hit-by-pitch through the first three innings.

UCLA’s first hit came in the fourth from redshirt senior pitcher Rachel Garcia, who hit a grounder too strong for the Minnesota shortstop to field cleanly to get on base. Redshirt freshman utility Maya Brady followed that up with a double to put two runners in scoring position with two outs.

Washington used the opportunity to put UCLA in front with one swing, bringing in both Garcia and Brady on a line drive through the center of the infield to make it 2-1.

“My thought process was that since I’m hitting down in the lineup, just looking at my teammates and looking at their at-bats, trying to see what patterns she might have,” Washington said. “And when I got the opportunity, I just wanted to jump on (the) first pitch.”

In the circle, redshirt sophomore pitcher Megan Faraimo went 1-2-3 in the first but struggled in the second inning, giving up a lead-off home run followed by a double that almost cleared the fence as well.

Faraimo struck out the next batter, but a hit-by-pitch spelled the end of her start, as Garcia came in to pitch for the rest of the game.

Though Garcia hit the first batter she faced to load the bases, she got out of the jam with a strikeout. Garcia held Minnesota at bay for the remainder of the game, striking out five and surrendering zero runs.

“That was just a situation where we wanted to stop the momentum, and sometimes taking a break and switching pitchers can do that,” Inouye-Perez said. “(Faraimo) could have gotten herself out of that situation. It was more about making sure we could stop the momentum and get that last out, and (Garcia) did exactly that.”

The Gophers had a chance to score with a runner in scoring position in both the fifth and the seventh innings, but both times Garcia was able to preserve the Bruins’ lead, using a swinging strikeout to end the fifth inning and inducing a fly out in the seventh to secure the win.

“It’s just about trusting my teammates. … Everyone on this team has a job, and they all get the job done,” Garcia said.

With the win, UCLA will host a Super Regional series starting May 28 against Virginia Tech. The winner of that best-of-three series will advance to the Women’s College World Series in Oklahoma City. 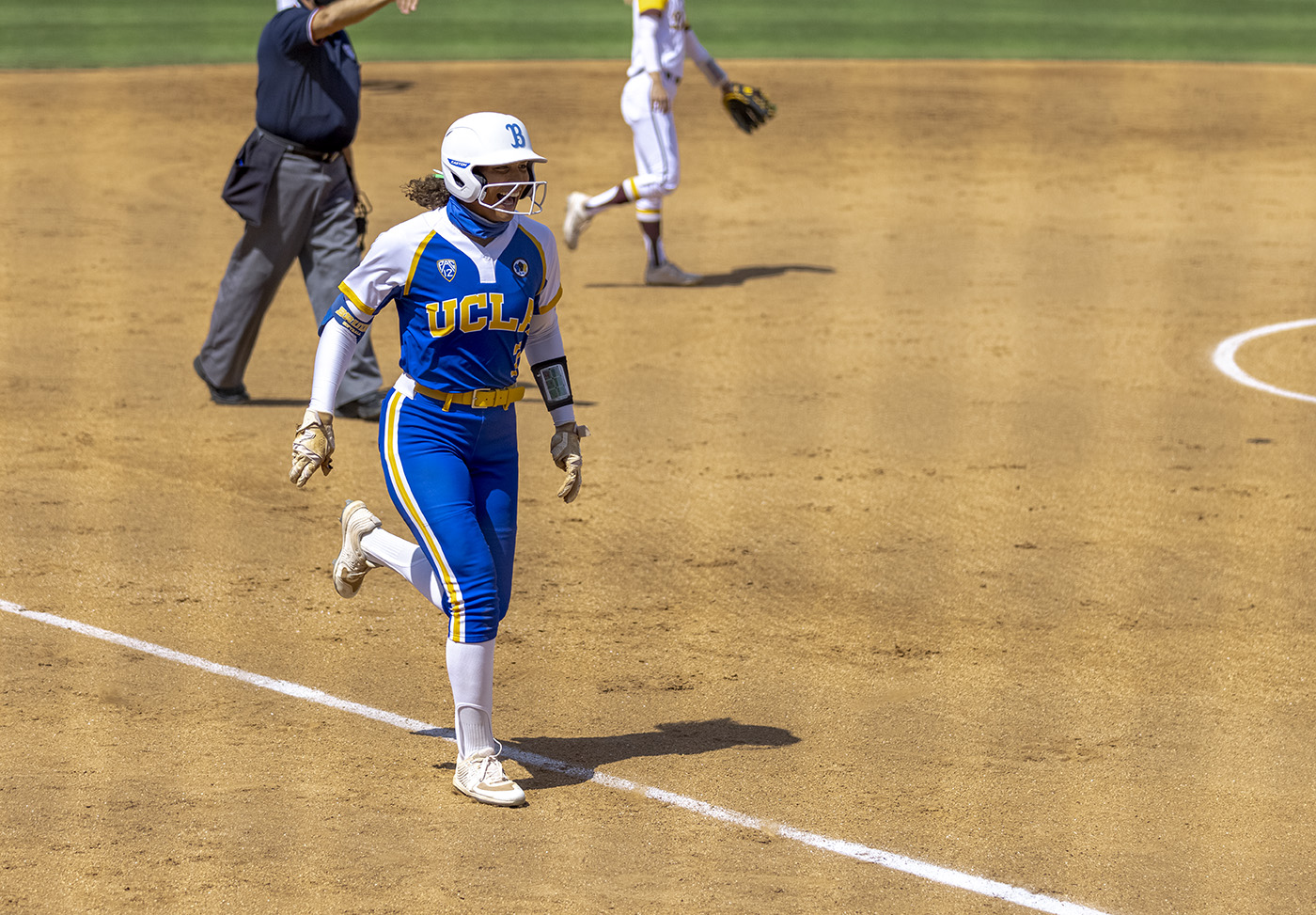 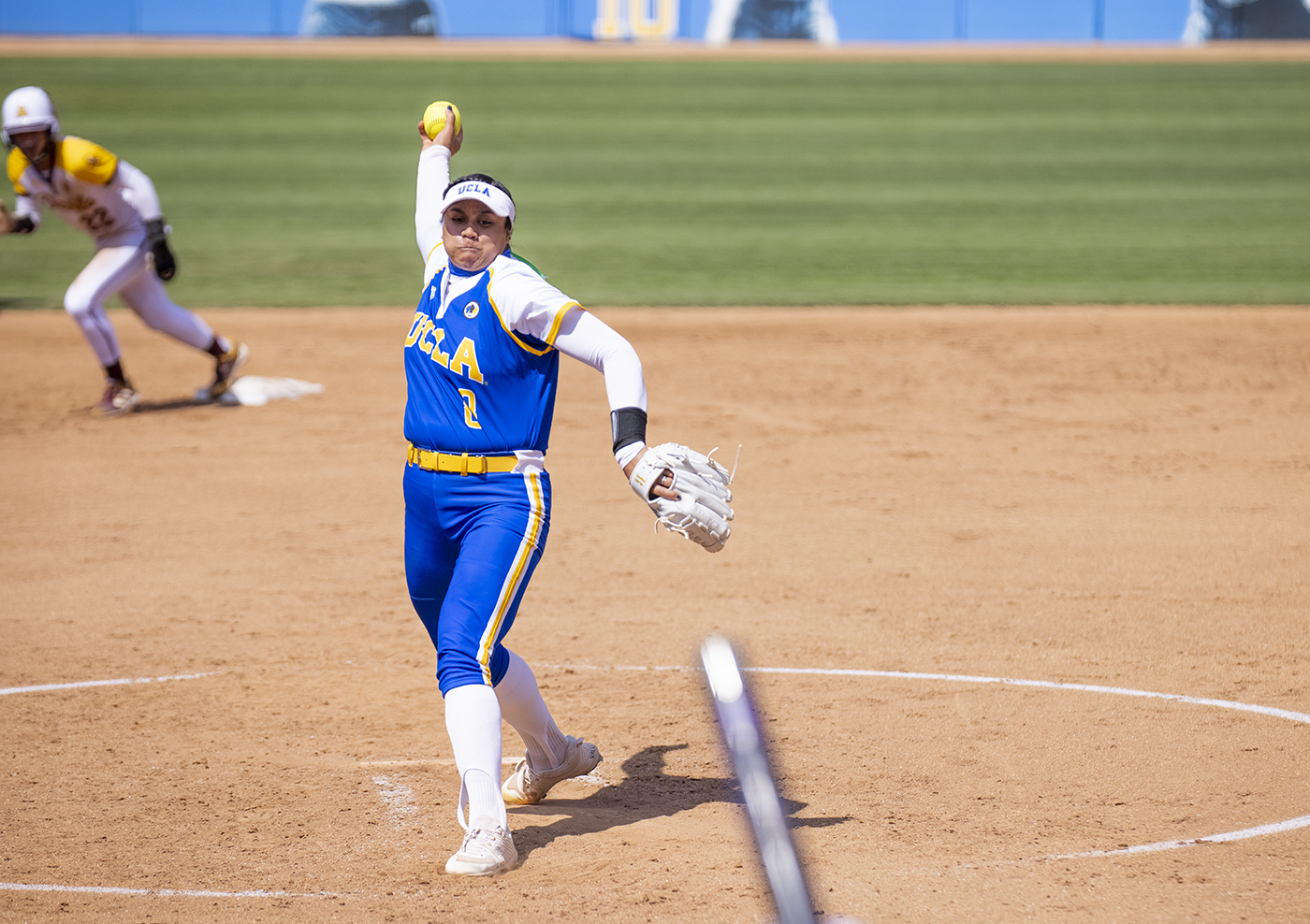