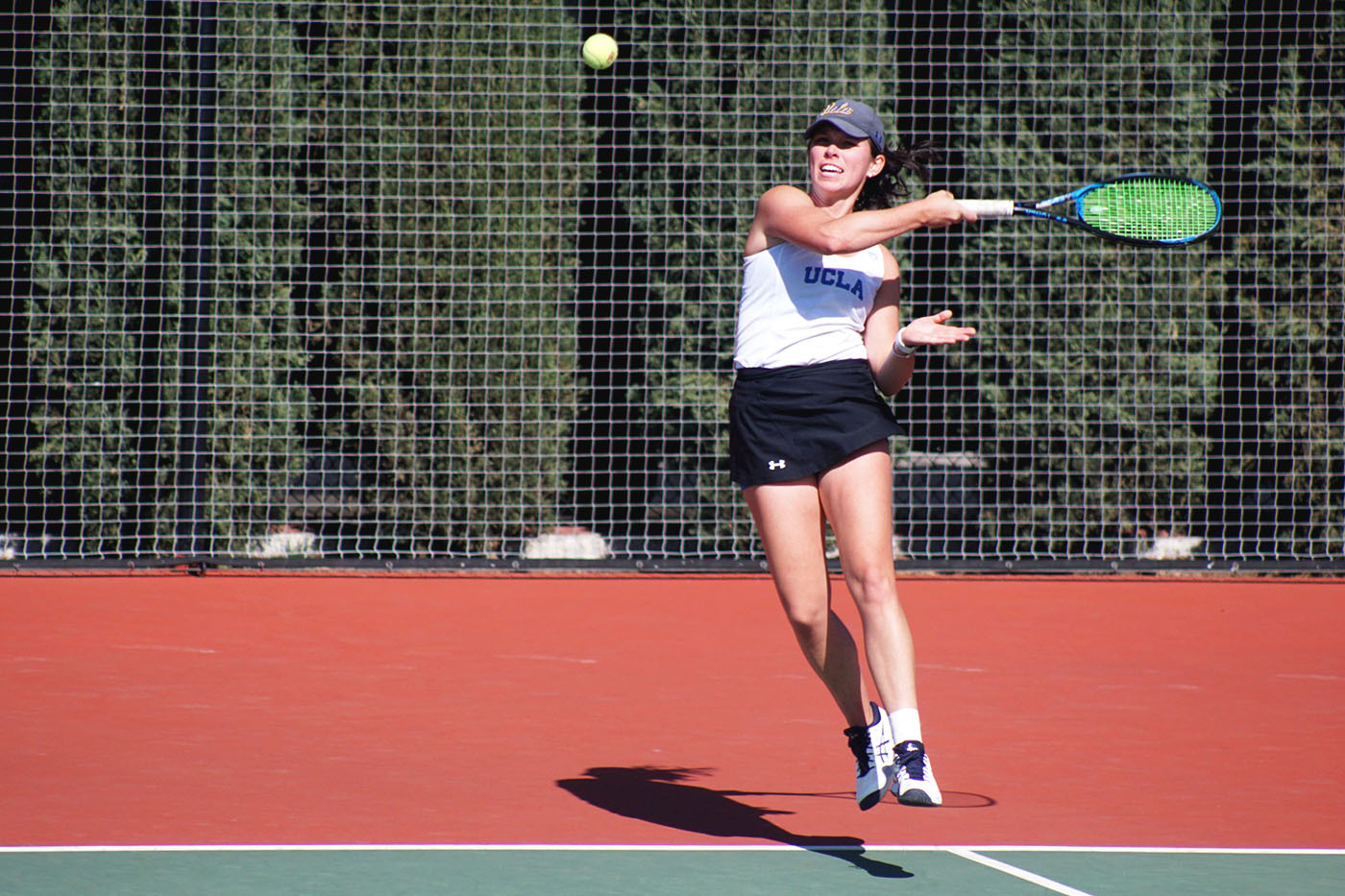 The Bruins have yet to drop a point in their NCAA run.

“Everyone’s feeling good,” said coach Stella Sampras Webster. “I mean, to win this first round (in Orlando) and dealing with all the jitters and nervousness, I think they did a great job coming out and playing some really good tennis, so I was really happy with their way of managing their emotions.”

The Bruins clinched the doubles point for the 13th match in a row, starting with a 6-1 win by seniors Annette Goulak and Vivian Wolff over the nation’s No. 16-ranked doubles pair Ava Hrastar and Gia Cohen. The blue and gold’s No. 2 pair is 18-2 this season and has not lost a match since March 28.

All tied up at 3-3, junior Elysia Bolton and senior Abi Altick won three consecutive games to deliver a 6-3 victory on court three to give UCLA the 1-0 advantage heading into singles play. The pair has yet to lose a match this season, going 4-0 since its first match in April.

Bolton said focusing on getting shots past the Yellow Jackets’ net player helped them stay in control of the match.

“We just wanted to be more aggressive,” Bolton said. “They were trying to pinch a lot at the net, so we knew once we could get the ball past the net player that we were in the advantage. We knew that once we got to the net, we were in control.”

Goulak followed up her doubles performance with a 6-0 win in her first singles set and a 6-1 win in the second set to give the Bruins a 2-0 lead.

“I just told myself like, ‘I’m just going to go out there and make every ball and get some rhythm,’” Goulak said. “And I mean, I got my rhythm. … I just was honestly like a brick wall, and I was mentally super strong. I didn’t really give any free points, and I just kept it rolling. I never let my foot off the gas.”

“I didn’t think I was playing amazing,” Bolton said. “But I knew I could out-compete her and I never had a doubt – I never thought I was going to lose. So I just was like, ‘OK, if I can’t out-compete her, she won’t hang with me and I can come away with both these sets.’”

After losing to the Yellow Jackets in 2018 in the Elite Eight 4-3, the Bruins avenged their loss and will advance to the quarterfinals against a different opponent, leaving Georgia Tech in the dust a round earlier than UCLA’s knockout three years prior.

“We knew it was going to be hard,” Sampras Webster said. “To beat their team is always something that we’re proud of because they’re very good. … It was a good match, and it was nice to win against them. But again, it really didn’t matter. We just are really grateful to be in the Elite Eight and be able to move on.”

UCLA will take on a familiar foe in the quarterfinals as it will face No. 5 seed Pepperdine on Wednesday for their fourth meeting this season. 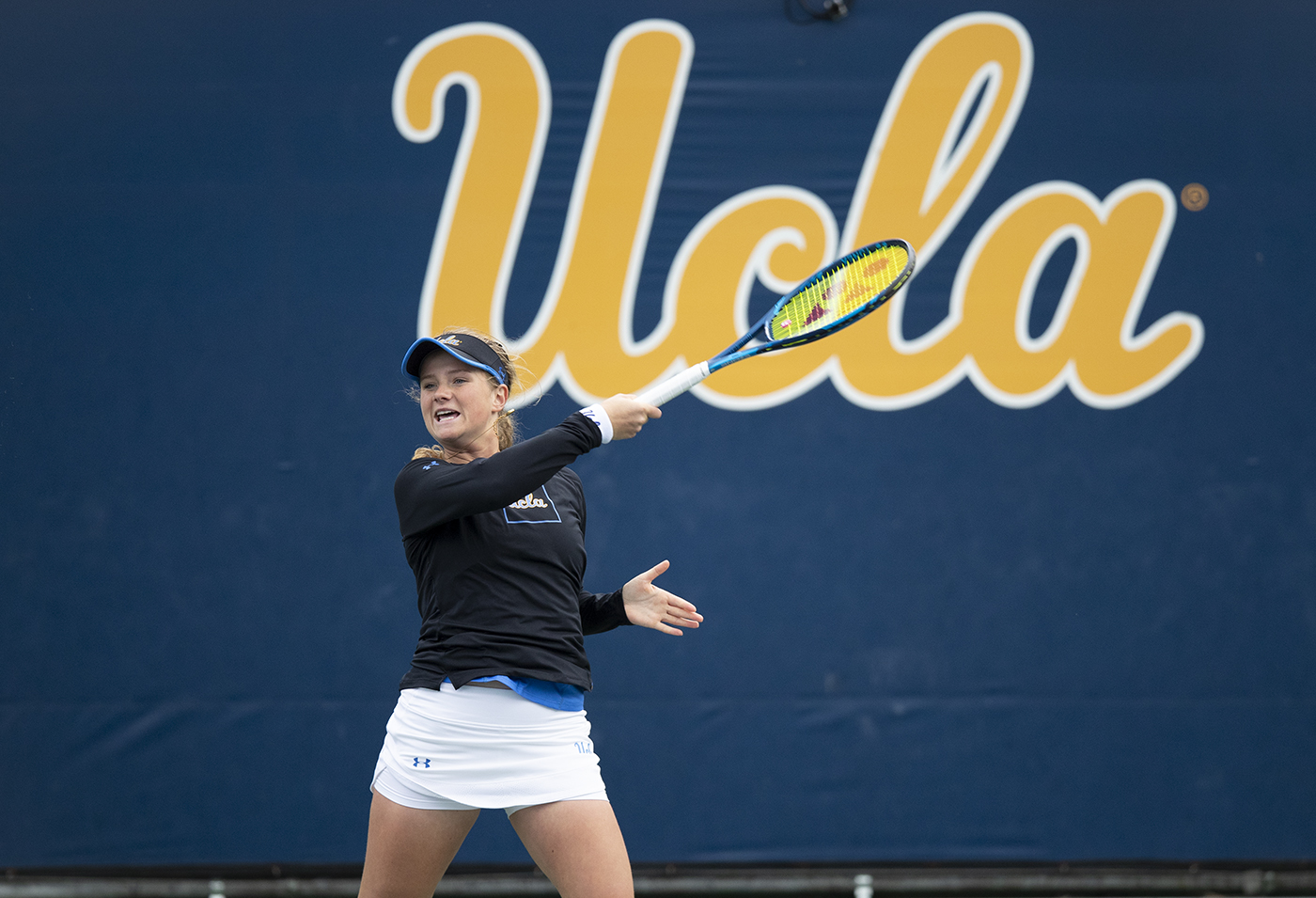 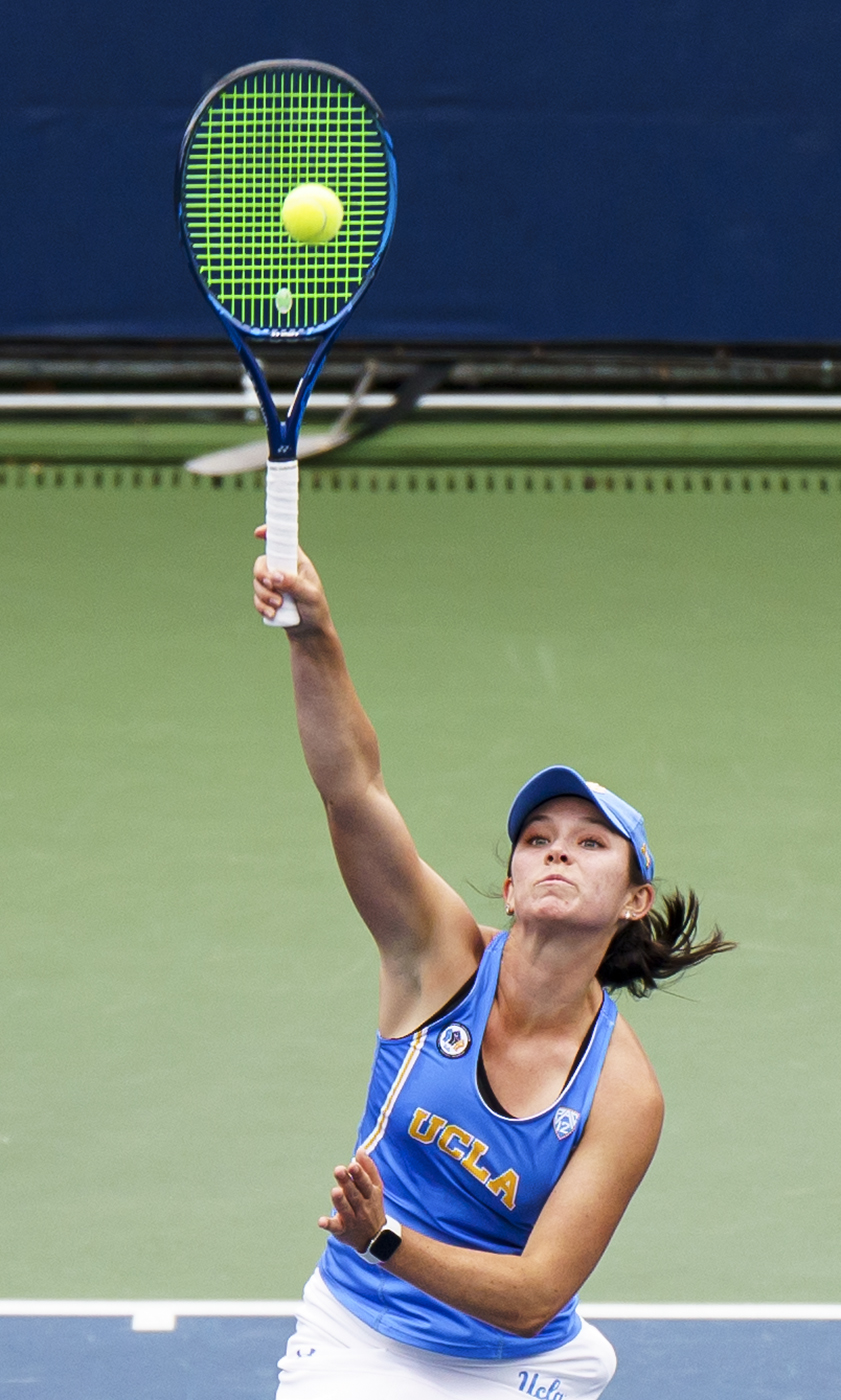