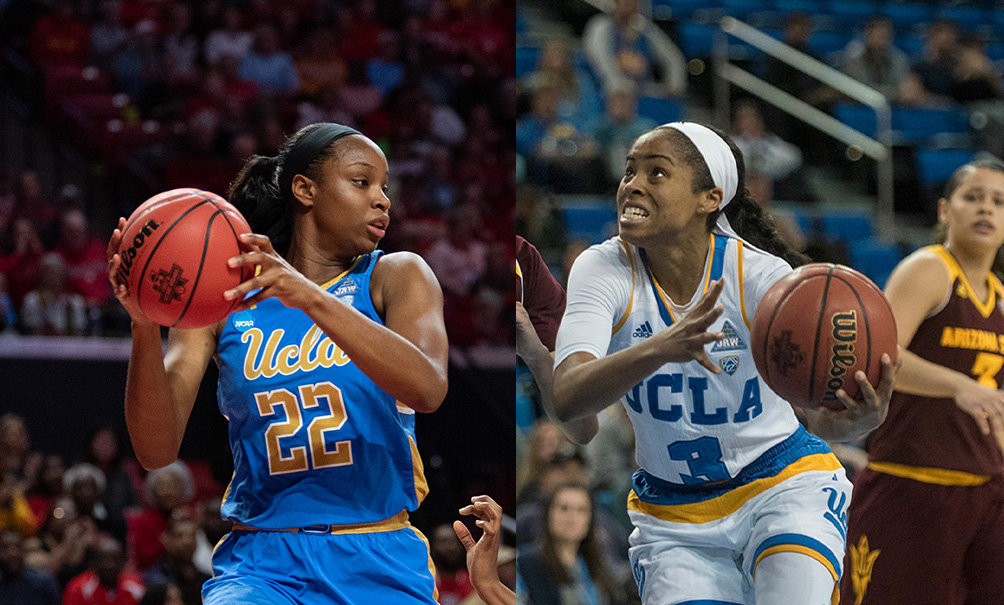 Former UCLA women’s basketball guards Jordin Canada and Kennedy Burke advanced to at least the Sweet 16 in each of their three years together as Bruins. The duo will reunite on the defending WNBA champion Seattle Storm this season. (Daily Bruin file photo)

Two former Bruins will once again share the court this year, this time in the Emerald City.

Minutes after senior forward Michaela Onyenwere was selected with the sixth overall pick in the 2021 WNBA Draft on April 15, another former UCLA women’s basketball player was on the move. Fourth-year guard Kennedy Burke was acquired by the defending WNBA champion Seattle Storm in a draft-day trade with the Indiana Fever for the rights to the 11th pick.

Burke reunites with fourth-year guard Jordin Canada, her teammate at UCLA from 2015 to 2018. The pair, who guided the Bruins to the second Elite Eight appearance in school history in their final year together, had coincidentally joked about the potential of a reunion just months prior on social media.

“Someone mentioned me and her in a clip on Instagram and she reposted it saying, ‘My favorite PG, I miss playing with you,’ and I said, ‘Same,’ so it’s crazy how things come full circle,” Canada said. “I’m happy to be back with KB. We’ve had great chemistry, at least at UCLA.”

Playing overseas in Italy at the time, Burke said she didn’t find out about the trade until nine hours later after waking up to dozens of congratulatory texts from friends and family.

“The first text message I see is actually from Jordin,” Burke said. “She was like, ‘Well hello there, teammate.’ I was like, ‘What, Jordin? You’re confusing me.’ … I’m super excited to be playing with Jordin again. Just the fact that I know her game and she knows mine. It’s going to be a lot of fun. I feel like it’s going to be like back when we played in college.”

Burke finished her collegiate career averaging 11.0 points across 138 games for the Bruins, while Canada ranks second on UCLA’s all-time scoring list and finished as the school’s all-time assist leader after contributing 15.7 points and 6.1 assists per night over 137 games. Canada also earned Pac-12 defensive player of the year honors twice. The Bruins advanced to at least the Sweet 16 in each of the duo’s three years together.

Both players credited coach Cori Close and her staff for much of their professional development and success, both on and off the court.

“One of the reasons why I went to UCLA is the player development,” Canada said. “I knew that if I wanted to get to the WNBA, they were the great staff to get me there. I killed the game watching film, acting like a professional and going beyond what was expected of me, so UCLA has definitely played a huge part in my development of getting here.”

Before becoming close friends in college, Canada said she and Burke were not only high school rivals, but disliked each other to the point that she opposed Burke’s recruitment to UCLA.

“She got into a bit of an altercation with one of my teammates her freshman year (in high school), which is my sophomore year, and from there we just didn’t get along,” Canada said. “When she committed to UCLA, I talked to my coach and I was like, ‘Why would you bring her on the team? I don’t like her.'”

Fast forward a few years, however, and the pair of guards have created a lot of good memories at UCLA, according to Canada, cultivating in a combined effort of 37 points to lead UCLA over Texas in the 2018 NCAA tournament to help the Bruins reach the Elite Eight for the first time since 1999.

“That’s one of the reasons why I wanted to go to UCLA is just because the family is so strong, the connections are so strong,” Canada said. “And I wanted to create a legacy. I wanted to be able to start something at a university and say I was one of the few people that got to do something amazing, and we did that at UCLA.”

After experiencing a roster overhaul this offseason, the Seattle Storm and its duo of former Bruin guards are set to begin its quest for a second straight championship Saturday at noon. 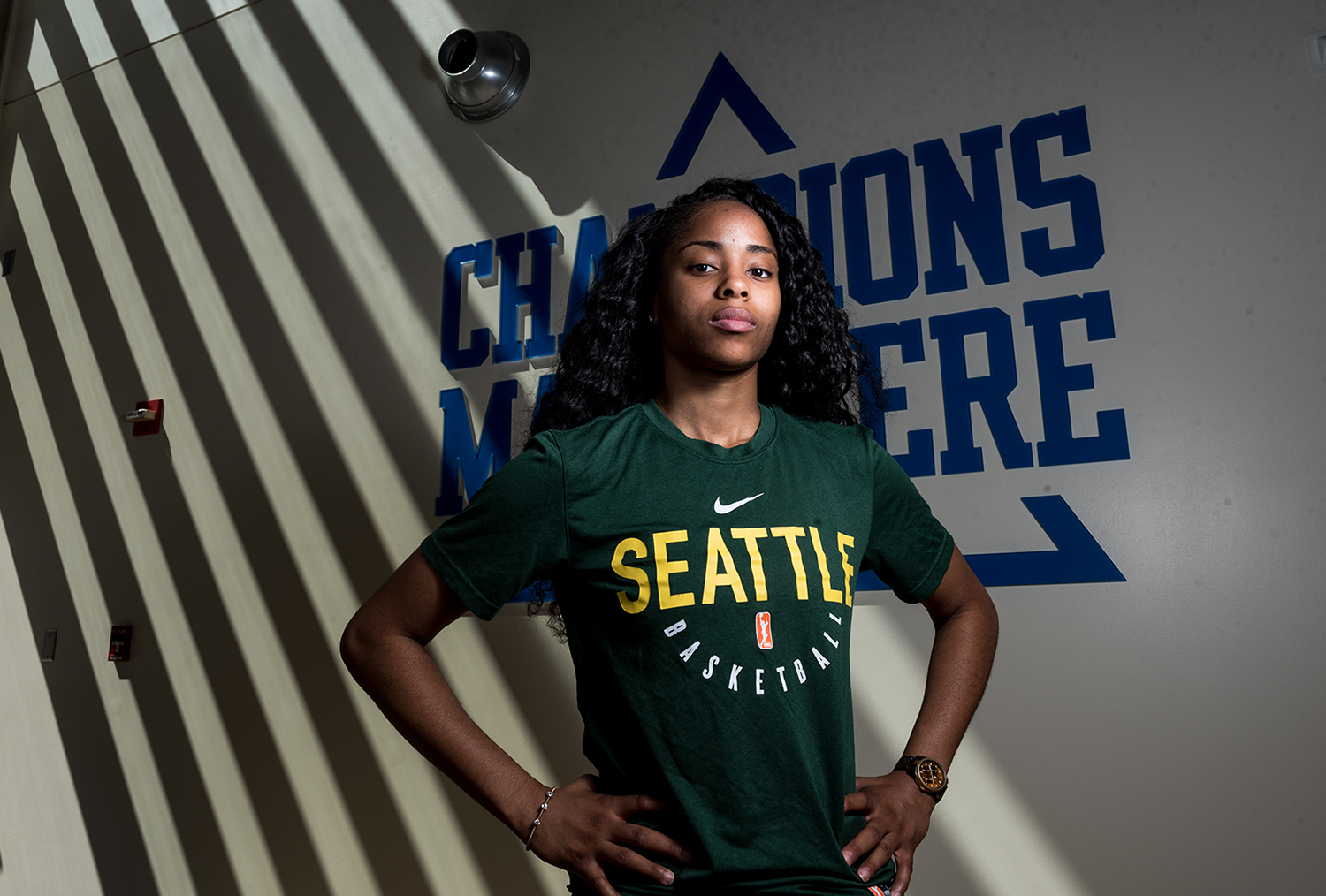 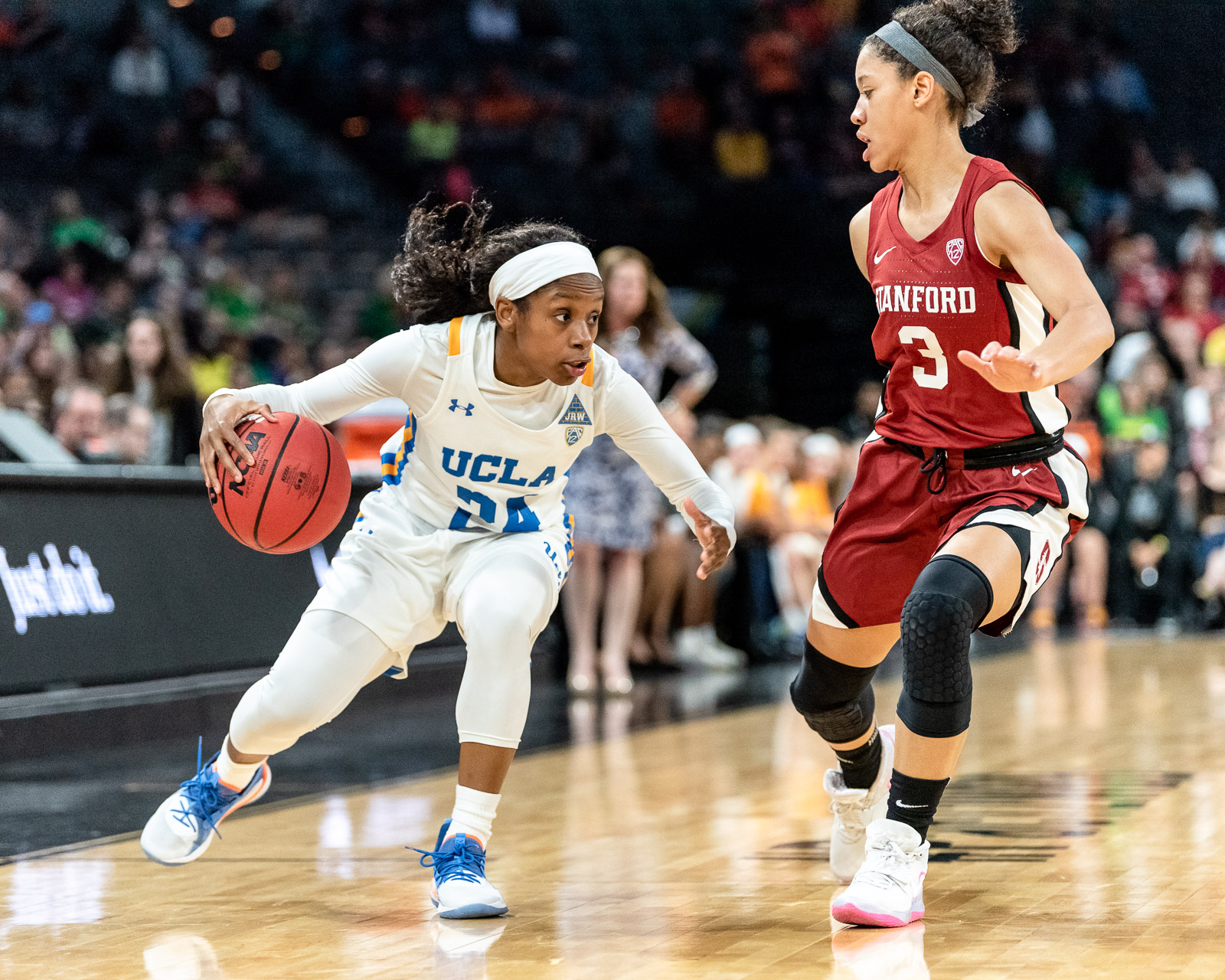 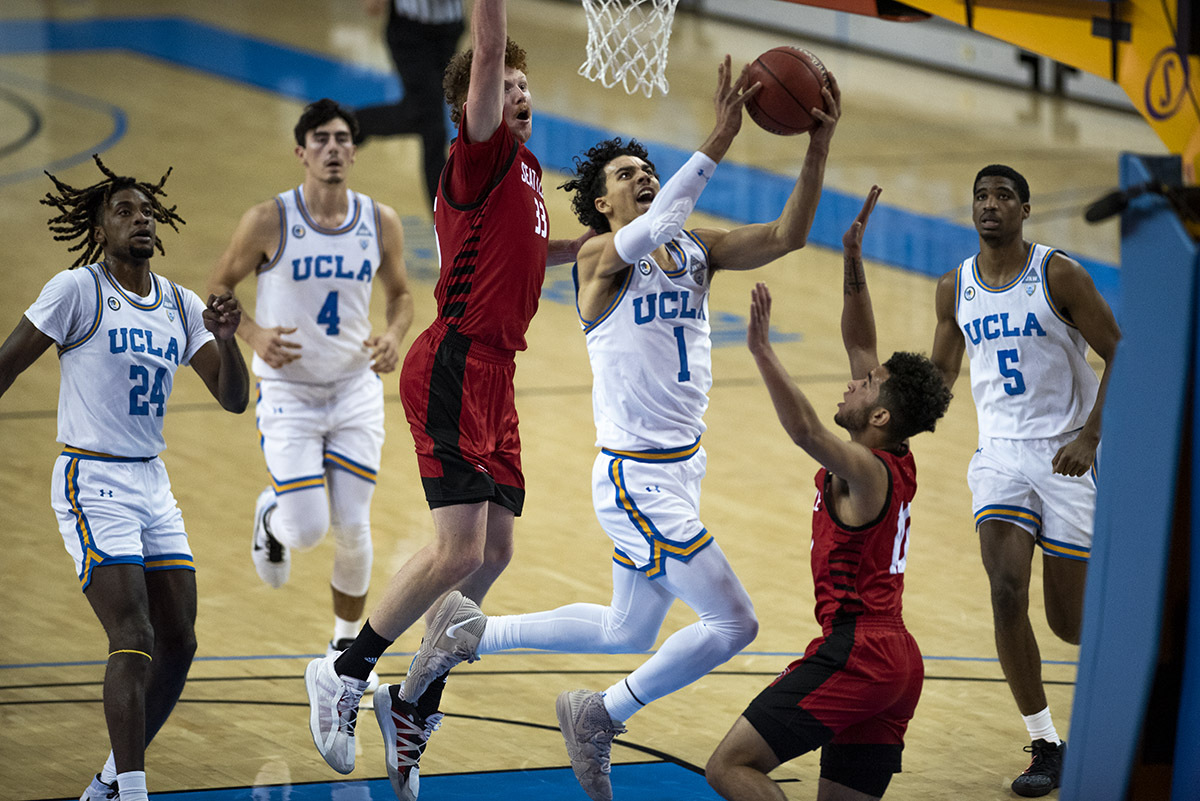