Like the rest of her teammates, junior Megan Muret (pictured) and her partner, graduate student Jacqueline Quade, captured a straight-set victory in No. 1 seed UCLA beach volleyball’s 3-0 win over No. 8 seed TCU. (David Rimer/Daily Bruin staff)

In a tournament 733 days in the making, the Bruins wasted no time in round one.

The Bruins rushed to take the opening set on all five courts, but not before court one’s pair of graduate student Savvy Simo and freshman Lexy Denaburg were pushed to a late 19-all tie.

Against the Horned Frogs’ All-CCSA team duo of Daniela Alvarez and Tania Moreno Mateeva, Simo and Denaburg would then trade kills of their own to end the back-and-forth affair to take the frame 21-19.

Seven TCU freshmen took the sand in the school’s first-ever appearance in the NCAA tournament, including Alvarez and Moreno, who were also named to the All-CCSA freshman team.

In the best-of-five dual, UCLA got its first points on the board off a 21-12, 21-17 straight-set victory from sophomores Lindsey Sparks and Abby Van Winkle on court three. Nicknamed “The Magician” by her team, Sparks stifled a late push by TCU with a game-winning tip that dropped before her opponent.

Court four’s pairing of junior Megan Muret and graduate student Jacqueline Quade followed up with a straight-set win of their own, securing their games at 21-13, 21-17.The dual would be decided back on court one, where Simo sent home a kill to clinch the Bruins’ victory. The remainder of play on courts two and five would be suspended with the blue and gold’s victory in hand.

UCLA will go on to face No. 5 seed Loyola Marymount in the second round, after the Lions upset No. 4 seed LSU in their match. Play will begin at 1 p.m. 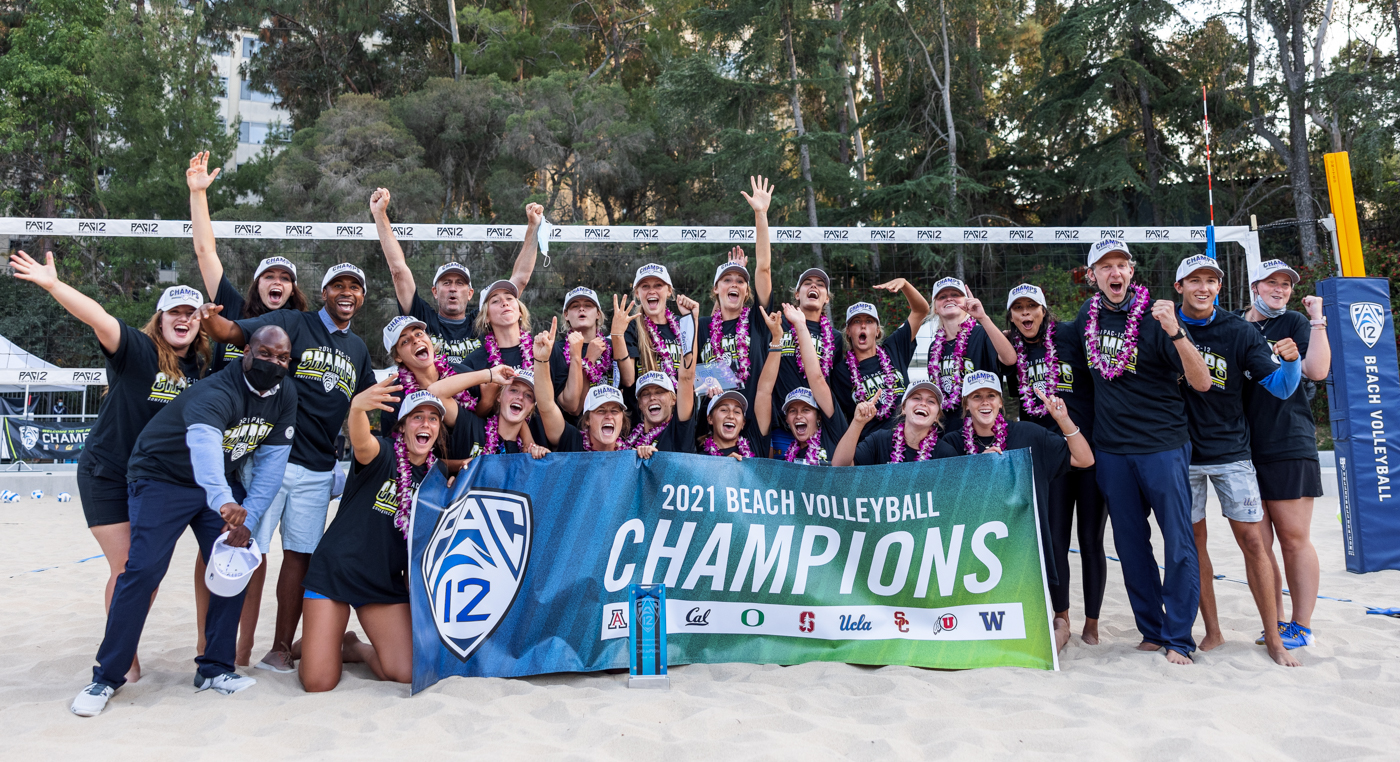 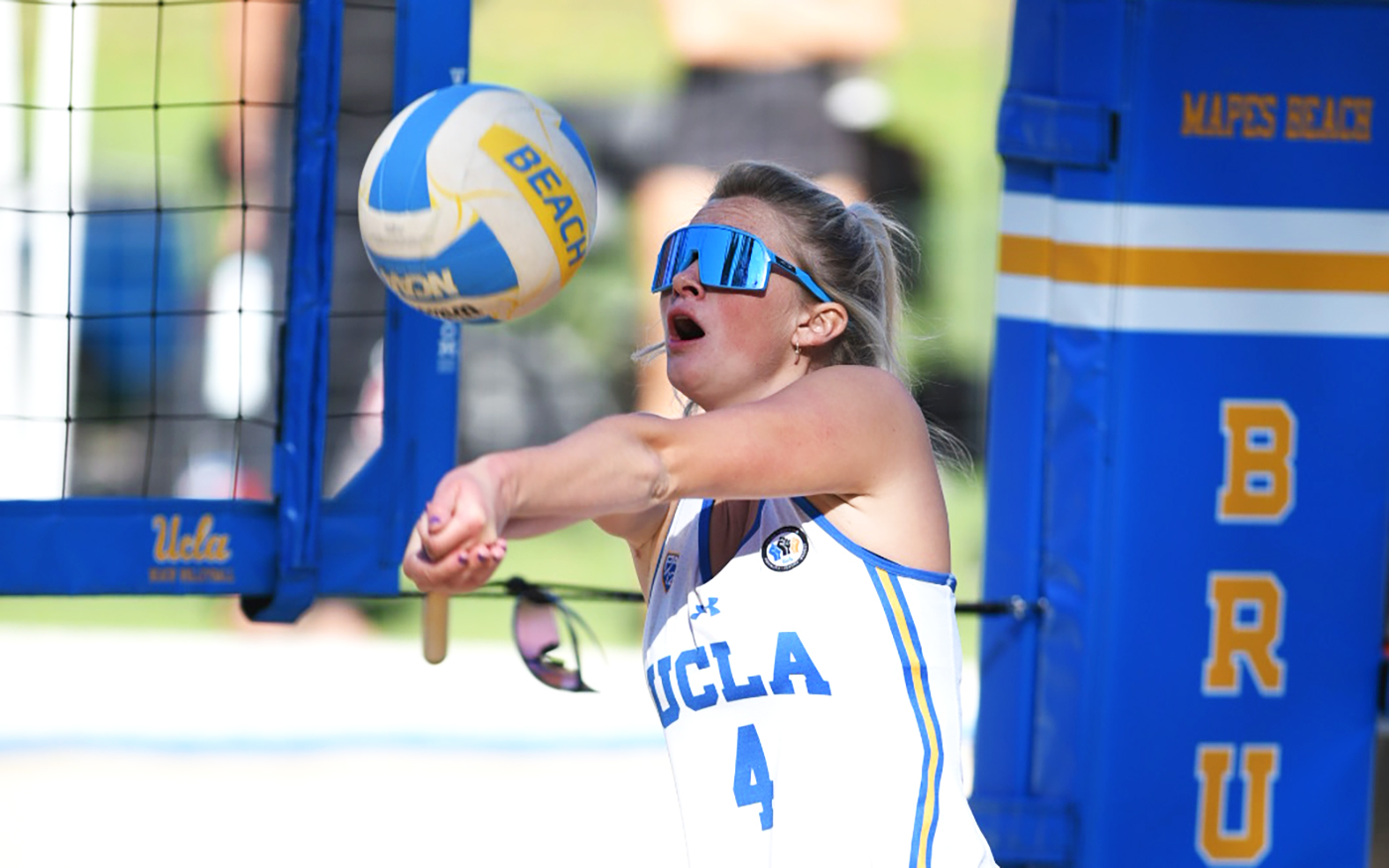 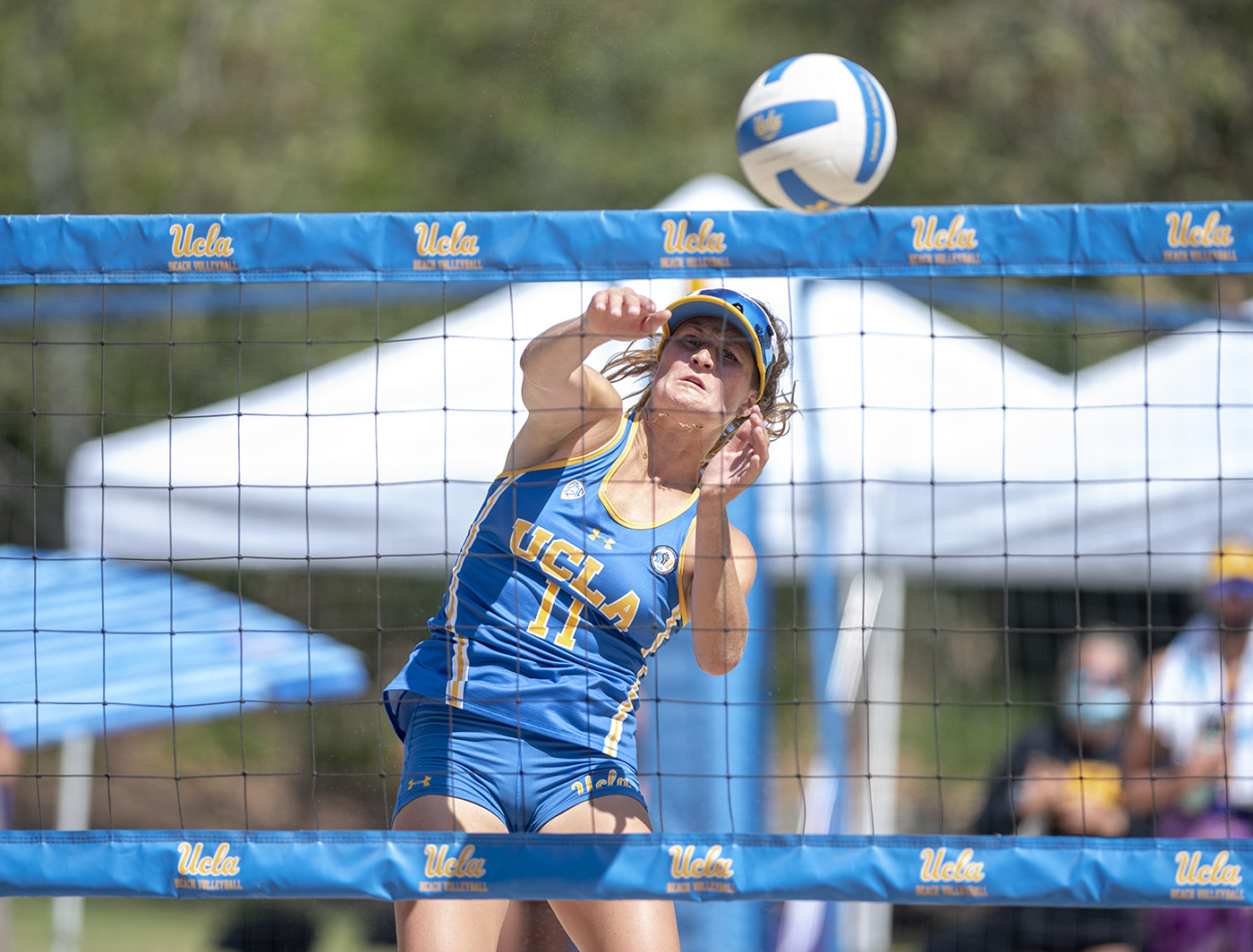