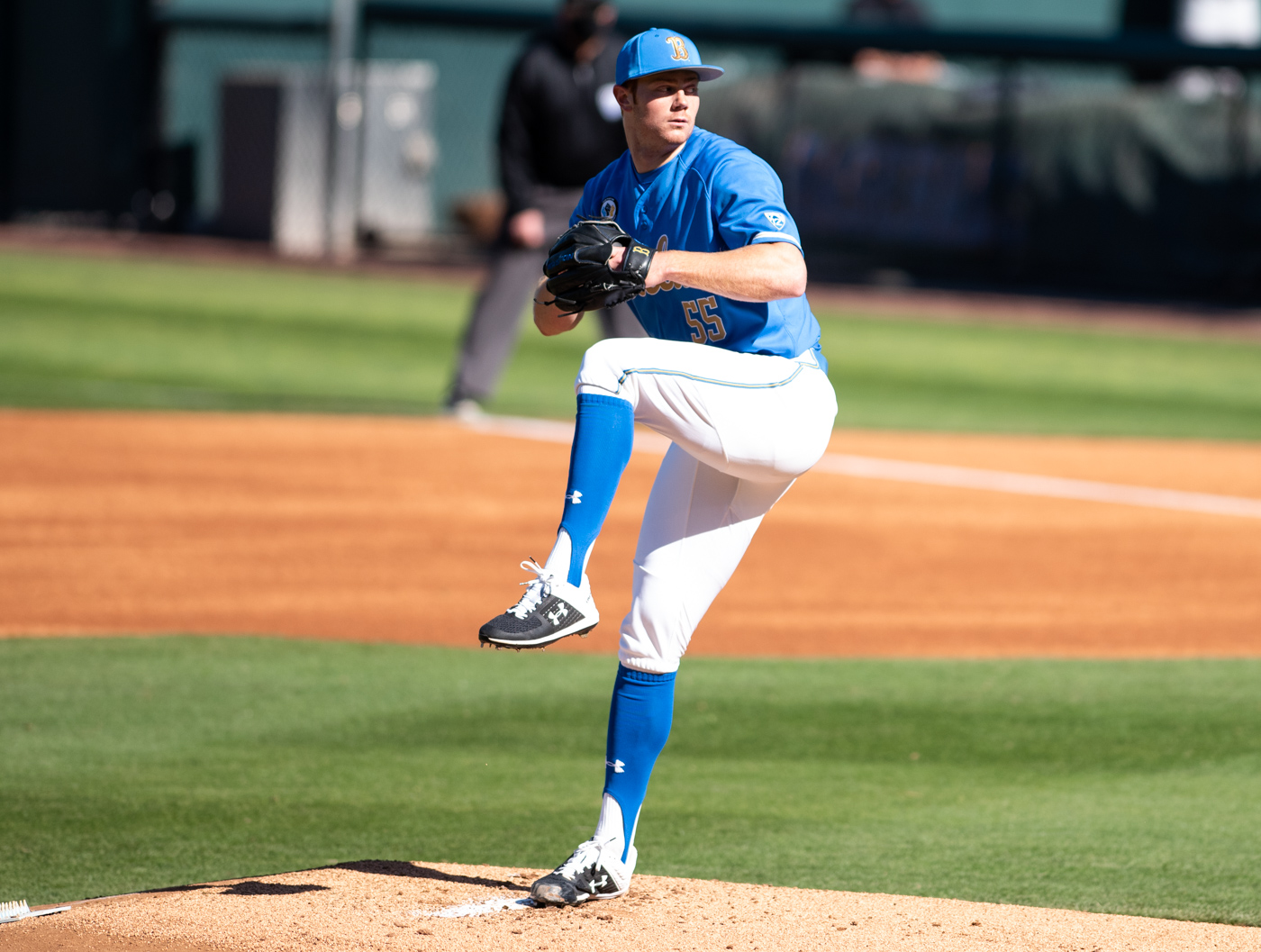 After a 36-pitch, three-run first inning, junior right-hander Jesse Bergin allowed only one run in his last 5.2 innings of work for UCLA baseball in its series finale loss to Oregon State on Sunday afternoon. (Jefferson Alade/Daily Bruin)

After clinching the series victory Saturday, the Bruins were unable to take the series sweep in a battle of unearned runs.

The Bruins took the first two contests of the weekend against the Beavers for the series win, but coach John Savage said Sunday’s loss felt like the team had lost the series either way.

“(When) you beat a very good team twice, that’s a big deal in this league,” Savage said. “(I was) disappointed that we didn’t take advantage of the opportunity today. … It was a very successful weekend but whenever you lose on Sunday and win the series it feels like you lost the series but you didn’t – you won the series – but it just doesn’t quite feel that way.”

Junior right-hander Jesse Bergin retired the first two batters he faced and was en route to retiring the side on a routine ground ball when an error by junior second baseman Mikey Perez allowed shortstop Andy Armstrong to reach first base. A series of four consecutive singles brought three unearned runs home for the Beavers.

The Bruins took advantage of errors in their half of the first, starting with redshirt junior center fielder Kevin Kendall reaching on a throwing error by Armstrong. Redshirt sophomore first baseman JT Schwartz launched the first home run of the series to right-center to score Kendall and bring the score to 3-2, all from unearned runs.

Schwartz, who had yet to record a hit in the series before Sunday, said it was nice to be able to be on time with the first pitch of his at-bat to drive the ball out.

Designated hitter Greg Fuchs added an insurance run to the Oregon State lead in the third with a solo shot to right field, and UCLA answered with a long ball of its own off the bat of freshman third baseman Kyle Karros – his second of the season – to once again cut the deficit to one.

Bergin managed to put up four three-up, three-down frames throughout his 6.2 innings of work and allowed seven hits and one earned run while striking out three with no walks. The junior said focusing on pitch efficiency and finding a rhythm in the game helped him come back from his 36-pitch, three-run first inning.

“(The) first inning was rough,” Bergin said. “(It) felt a little sped up, so once I got back in the dugout I was just plugging myself and (getting) my breath under control and just getting back to attacking them and making good pitches, having good angles to the fastballs and things like that.”

Oregon State added on its fourth unearned run of the contest in the top of the eighth with an RBI single from catcher Troy Claunch, who drove in a runner who had advanced into scoring position on a fielding error.

The Bruins scraped together a two-out rally in the ninth, getting the potential game-tying runs in scoring position, but were unable to capitalize on the opportunity, handing the Beavers the win in the finale.

“Overall, it was a really competitive weekend,” Schwartz said. “I think it was good for us to be able to compete like that for three games. Obviously, we would want the win today, but just competing like that in a Pac-12 series I think is good. Hopefully it’ll help us grow as a team (and) get ready for the next couple Pac-12 weekends.”

With another week without a Tuesday game, UCLA will next travel to Pullman for a three-game set against Washington State starting Friday. 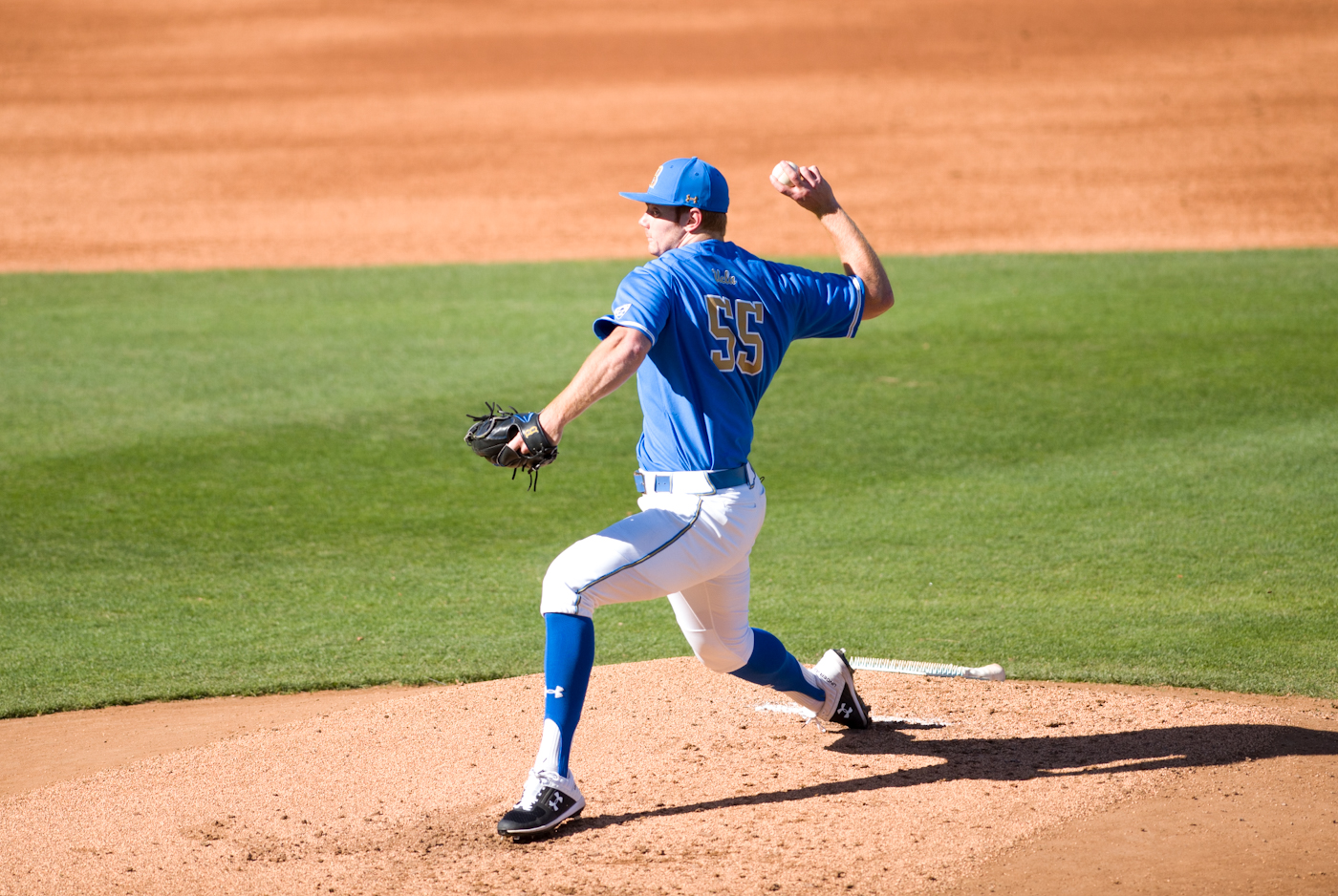 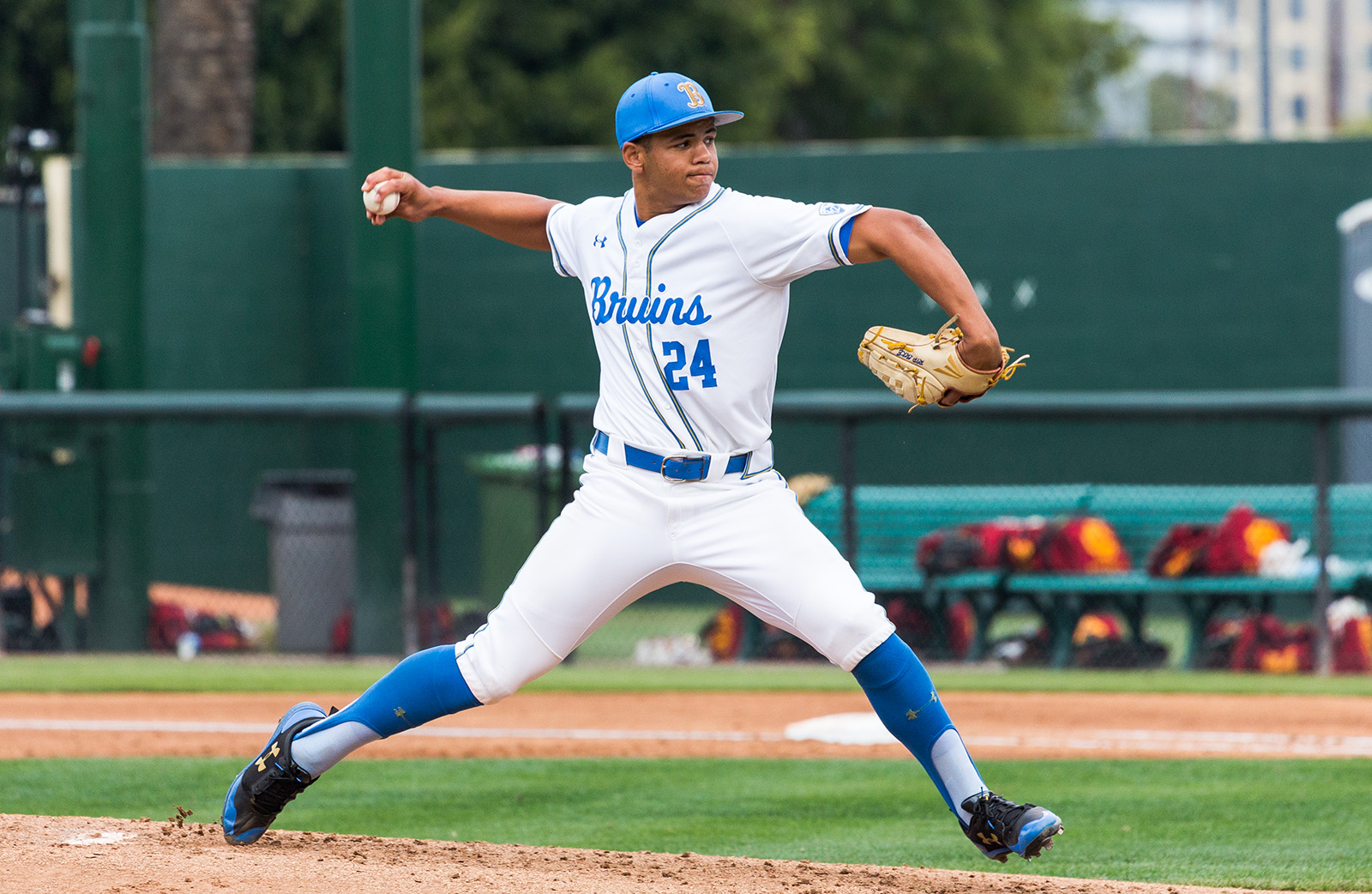 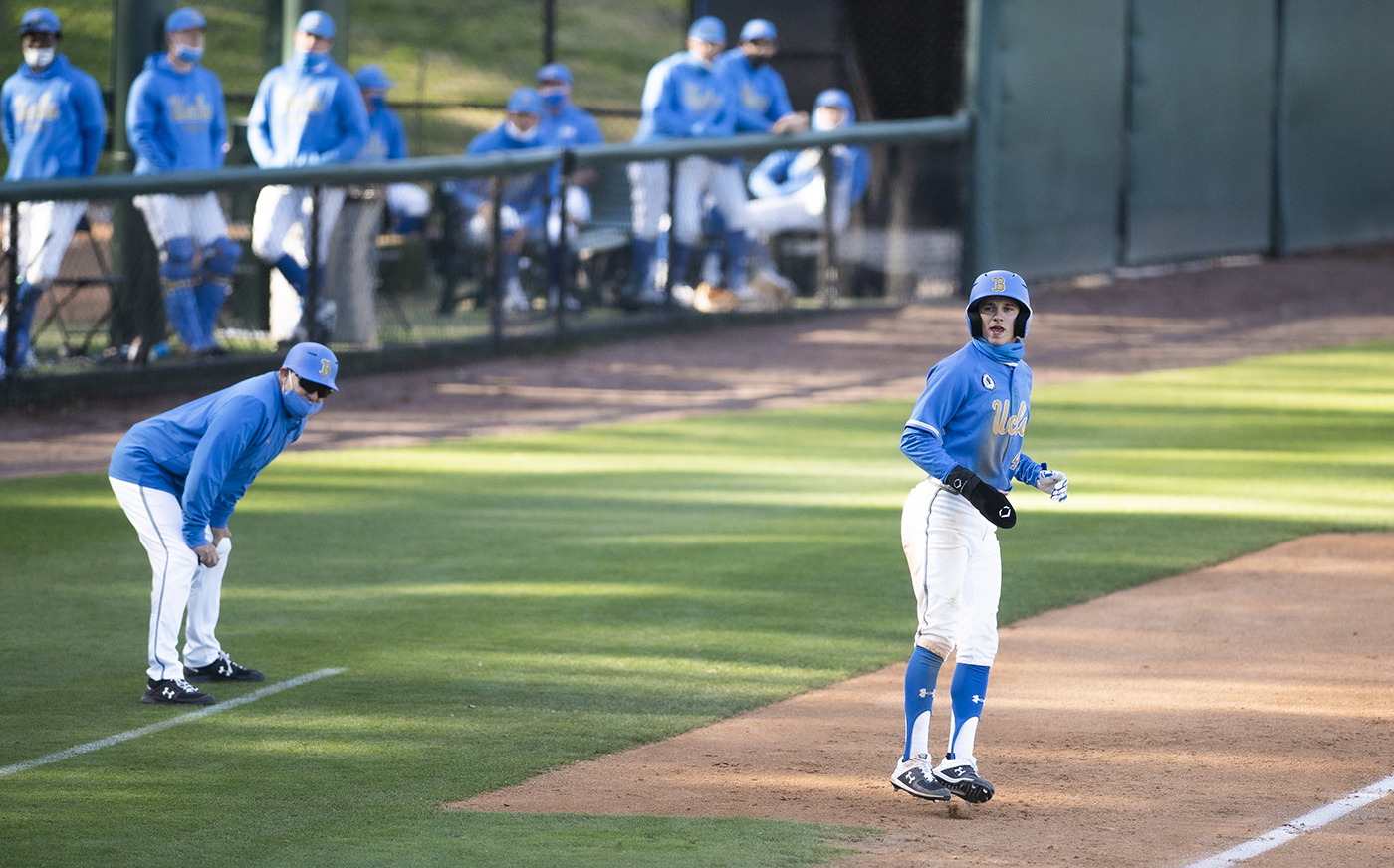