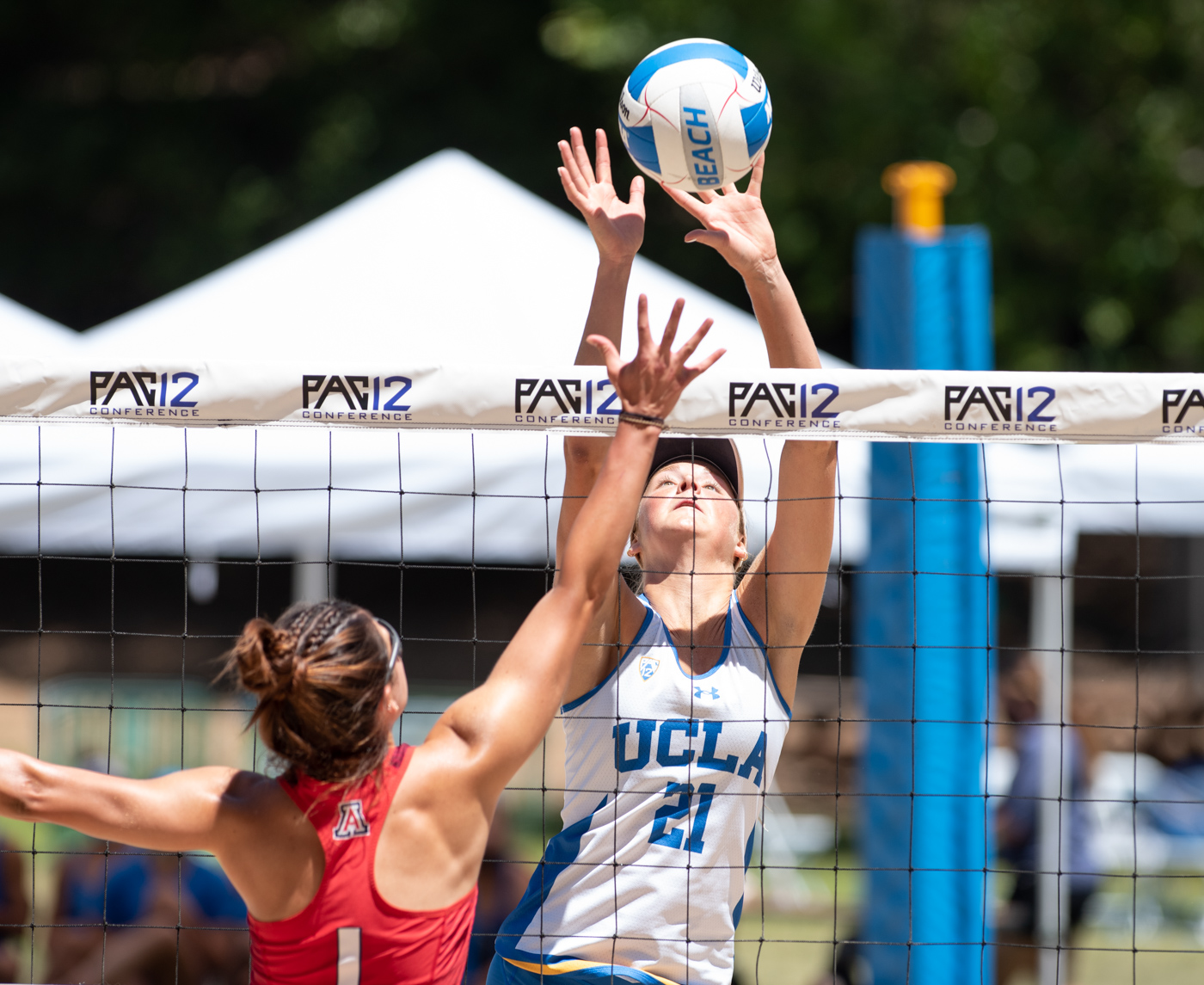 The Bruins dropped their first set of the championships. But in the end, it didn’t matter.

With the dual wins at home, the blue and gold will advance to Saturday’s winners bracket final against No. 1 seed USC, which has defeated UCLA in all three matches this season. Coach Stein Metzger and the team were not made available for comment.

Sophomores Lindsey Sparks and Abby Van Winkle notched a 21-11, 21-15 sweep on court three to give the Bruins their first victory of the day.

With the triumph, the two former high school teammates clinched their first full match as a pair this season. Sparks and Van Winkle made their pairing debut yesterday, taking a set against No. 7 seed Washington in a shortened match.

Arizona kept the second set close, tying the score late at 19-all. However, Powers capitalized off an overpass from Olivia Hallaran as UCLA escaped with a match point kill and the lead for good.

Playing third in the order after a coin flip, the Bruins’ court one with graduate student Savvy Simo and freshman Lexy Denaburg kept the Wildcats at bay en route to a 21-16 opening set win.

In their fifth match as a pair in 2021, Monkhouse and Newberry dropped to 4-6 in sets played together this season.

However, with the Bruins up 2-0 in the dual and just needing one more court win to advance to the winner’s finals, the victory was shortly clinched back on their first court as Simo and Denaburg rallied to secure a 21-17 second set and a UCLA win.

Midway through the period, Simo laid out for the ball and landed awkwardly on her rib cage in a move that made her appear to be in pain. However, after a short stoppage in play, she carried on to finish the game for the Bruins.

Despite the loss, the Wildcats will continue to play in the contenders bracket, where they’ll need to string off four consecutive wins in order to be crowned Pac-12 champions. Because of the nature of the double-elimination tournament, UCLA has the chance to play Arizona again should the two meet in ensuing rounds.

The Bruins will play for a spot in the championship final against the Trojans on Saturday at 9 a.m.