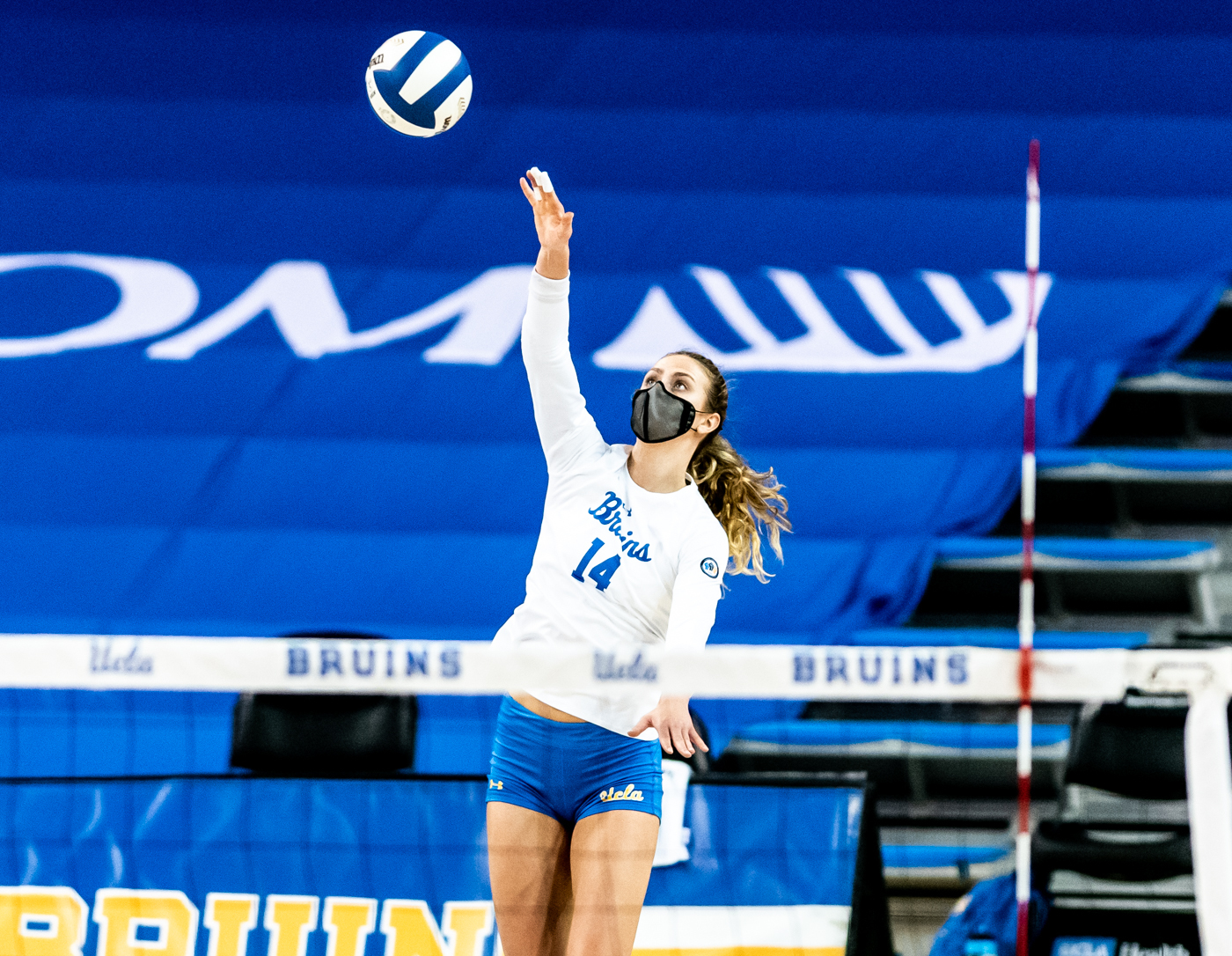 Senior outside hitter/opposite Mac May led all players in total attacks and kills as unseeded UCLA women’s volleyball fell to No. 16 seed BYU on Thursday.(Lauren Man/Assistant Photo editor)

UCLA was one point away from winning the set and tying the match.

And after a run by the Cougars to tie the second frame, the Bruins fell short on multiple set points, losing the period and then the match.

Unseeded UCLA women’s volleyball (15-7, 14-6 Pac-12) lost to No. 16 seed BYU (17-1, 15-1 WCC) in straight sets Thursday in Omaha, ending the Bruins’ season after a first-round victory. The Cougars secured the WCC championship at the end of the regular season, which granted BYU an automatic bid that later turned into a top-16 seed for the tournament, as well as a first-round bye.

The first set was closely contested, as no team led by more than four points. Playing their first match since March 31, the Cougars picked up 10 errors in the opening frame, with six coming before they scored 10 points, while the Bruins ended the set with 11 errors of their own. UCLA and BYU would trade points at the onset until a four-point run by the Cougars put them up by one at 18-17.

BYU would extend its lead to three before UCLA would go on a four-point run of its own to be the first team to reach set point. The Bruins couldn’t finish it off as they gave up three straight points off two kills from outside hitter Taylen Ballard-Nixon and a reception error by junior defensive specialist/libero Zoe Fleck, losing the set 26-24.

Ballard-Nixon and Fleck were both named to the AVCA Pacific South All-Region team earlier this week, and Fleck ended the evening with a game-high 14 digs.

The Bruins and Cougars followed their first set performance with six straight errors – four from the blue and gold – to open the second frame. With BYU up one point at the halfway mark of the set, UCLA went on a five-point scoring streak in which the Cougars coughed up an additional four attack errors.

The Bruins would extend their lead to six as they reached the 20-point mark after a kill from senior outside hitter/opposite Mac May. May would go on to lead all players with 18 kills of her own.

Despite May’s match-high achievement, which moved her up to 12th all-time for kills in Bruin history, she spoke candidly about her performance.

“Today, it actually didn’t feel too great hittingwise,” May said. “It’s weird sometimes, seeing the stats afterwards and seeing what you did, but I think our setters worked really, really hard,” May said.

As a team, UCLA would record a .082 hitting percentage in the set, but BYU would eclipse that mark and hit .234. Behind their hitting performance, the Cougars would chip away at the Bruins’ lead until the set was sent into extra points at 24-24.

No team could string up a run as a combination of errors, aces, blocks and kills would have the schools go back and forth for six more set points. A kill by May extended the set, and UCLA’s season, as the Bruins took back the lead at 29-28 before the Cougars tied it up once again.

UCLA was unable to close off the set as the Bruins committed two straight attacking errors, allowing BYU to pull away with a 31-29 triumph.

“We didn’t play clean enough to move on,” said coach Michael Sealy. “That’s always frustrating, we had set points in set one and two. It was enough but it was bittersweet. You had the opportunity to move on, but deep down, we didn’t make plays when we needed to.”

The Cougars would then take the final set 25-17, winning the match and eliminating the Bruins.

This loss marked the second straight second-round defeat in the NCAA tournament for UCLA.

After Sealy’s Bruins underwent a season postponed to January because of the COVID-19 pandemic, he said he was proud of how they competed but still kept the loss in perspective.

“We’re proud of everyone and the whole team and staff for battling the whole year,” Sealy said. “But just knowing we don’t get to win – we don’t get to move on. So we need to take the bittersweet gut-punch knowing that we got three months to figure out what are the next steps.” 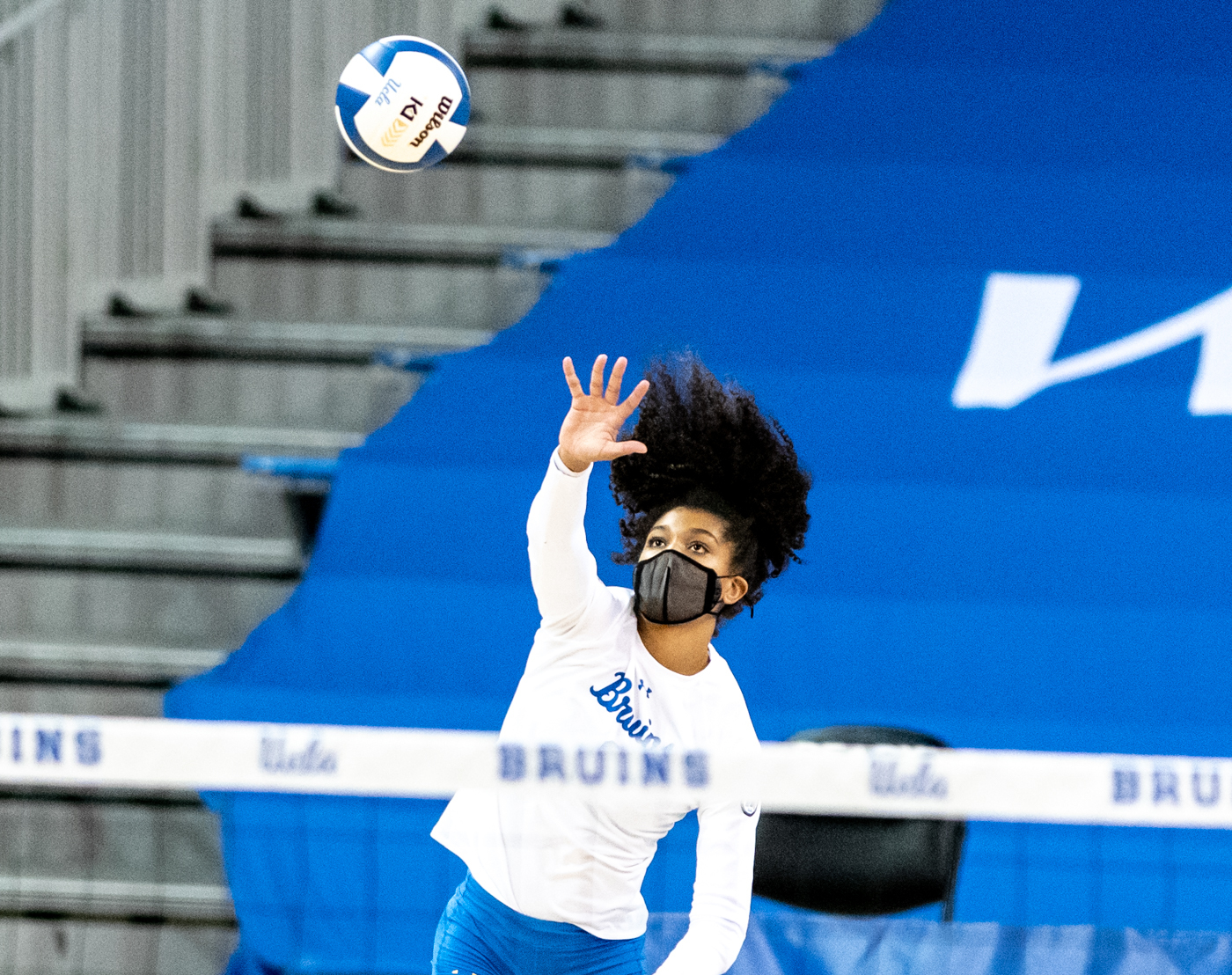 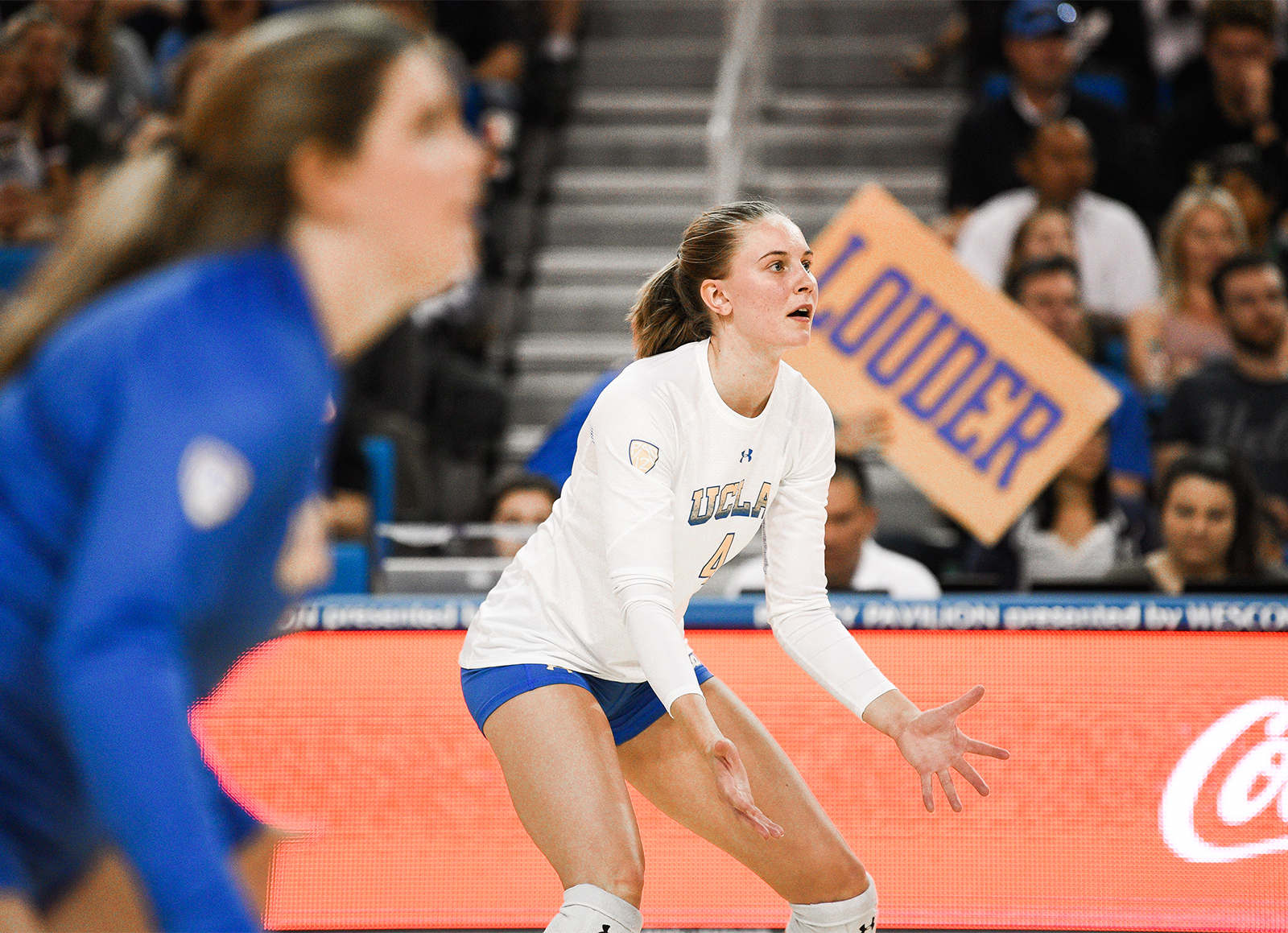 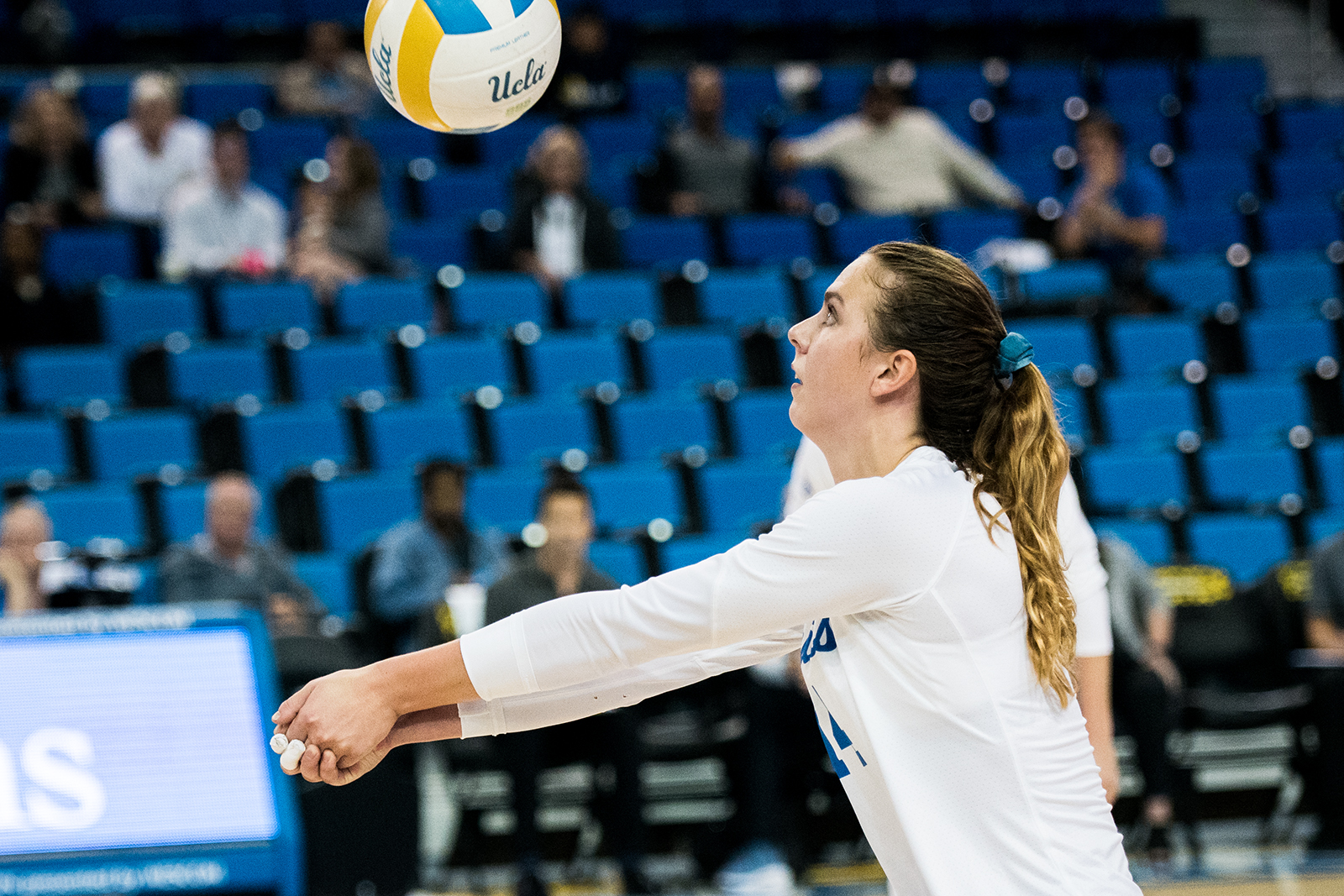 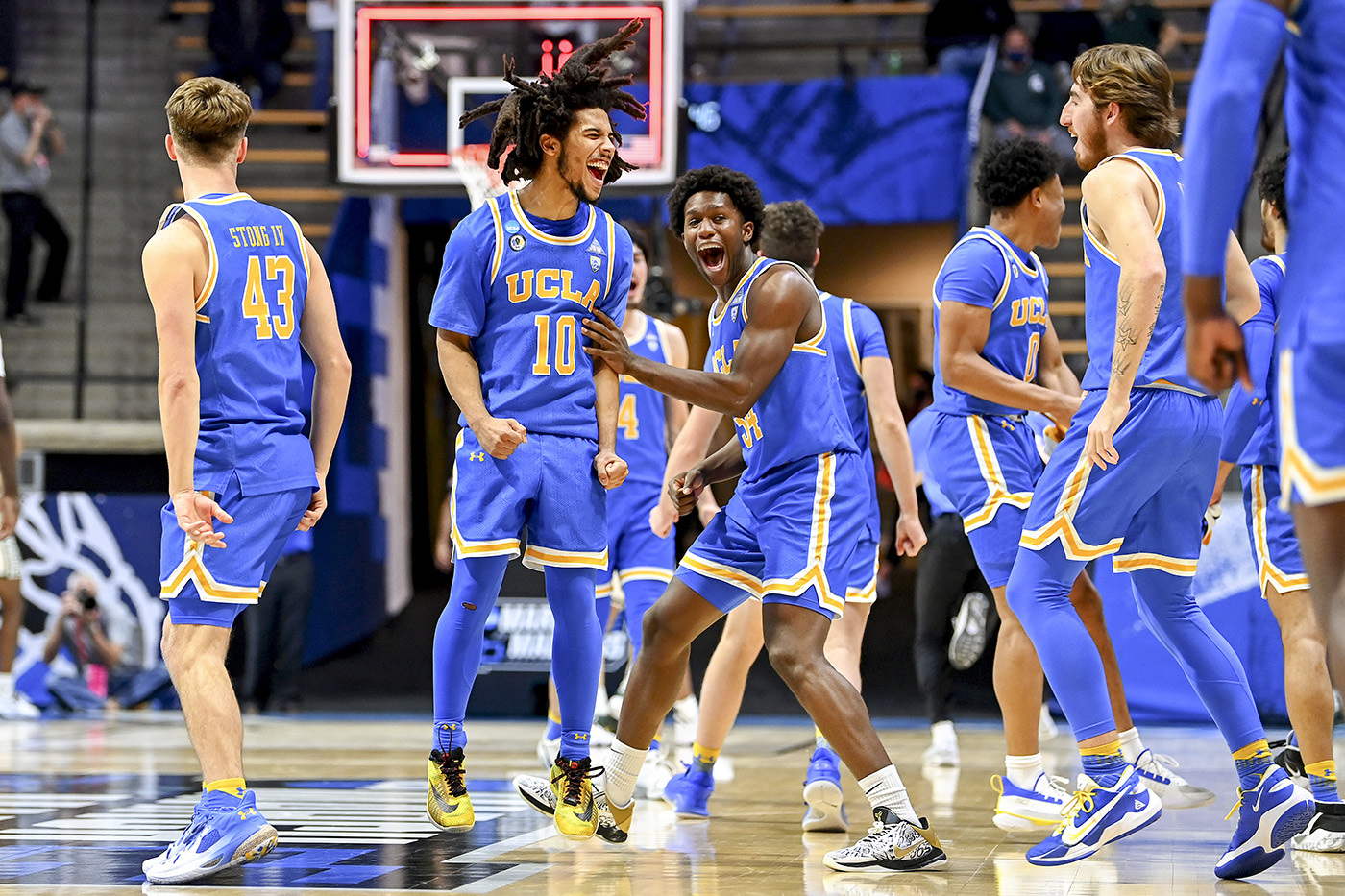