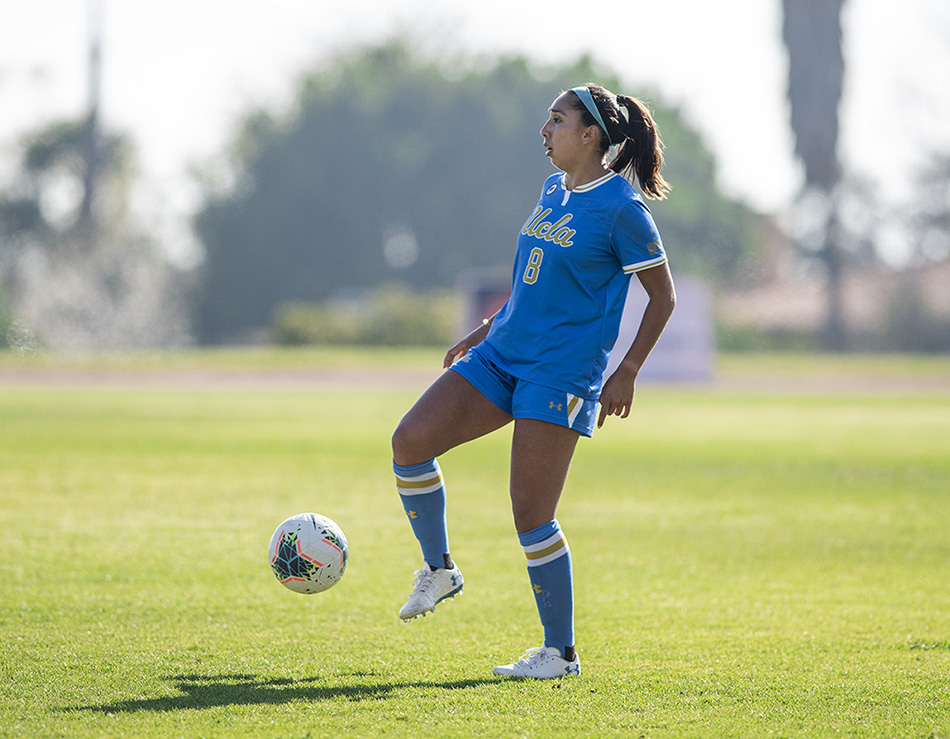 A poster hung on the fence at Wallis Annenberg Stadium read “No. 8 is so great” to honor Karina Rodriguez as part of the Bruins’ Senior Day celebrations.

It was only fitting for the senior defender – who has played in 80 of 83 total matches during her four years wearing the No. 8 jersey – to cap off her home legacy with a goal in the eighth minute.

“All the seniors felt all the love before the game, and to be able to celebrate with the people on the field … and everyone cheering me on on the bench was super special,” Rodriguez said. “We all hope that we can leave a legacy that can impact the team in a positive way, and I just hope the team sees my dedication. … I hope that in some way I’m able to inspire the younger girls.”

The play was one of seven UCLA corner kicks throughout the match, with a few others creating goal-scoring opportunities. Coach Amanda Cromwell said the Bruins have been working on and will continue to fine-tune their set pieces.

“I thought the services were very good today. I thought we were unlucky not to get another goal on a corner,” Cromwell said. “Anytime you can get (a goal on a corner) is great, … but I think we can be even more dangerous.”

Although Rodriguez was the only goal-scorer Sunday, others singled out in the pregame ceremony included redshirt senior defender Jacey Pederson and senior midfielder Delanie Sheehan, who made their 12th and 11th starts of the season, respectively.

Defender Lucy Parker and midfielder Viviana Villacorta were also recognized but sat out with injuries.

“This group has been so impactful to me, personally as a coach – they’ve made me better, … they’ve challenged us as a staff, they bring great questions,” Cromwell said. “You don’t really realize it until you’re about to lose them, but they’re one of the most special groups that have come through here.”

Of the five seniors celebrated prior to the match, four – Rodriguez, Parker, Sheehan and Villacorta – will pursue soccer at the next level as part of the National Women’s Soccer League or their respective national teams.

Pederson said that although this senior class wasn’t the one she came up with since she redshirted a year with an injury, it is the one she has bonded with as they worked to lead the team through unprecedented pandemic times.

“This class has welcomed me with open arms, and some of my best friends are in this class,” Pederson said. “(It’s cool) how unique each of our seniors are and how much each person can bring to the table with their individual qualities in leading. … I think that’s been something we’ve benefited from in this weird time period.”

The Senior Day win marked UCLA’s seventh shutout this season and keeps the Bruins at the top of the Pac-12 standings as they head into their final three games of the season – all of which will be on the road.

For the seniors, that means Sunday was their last time competing at Wallis Annenberg, a stadium that opened during their sophomore year.

“It was just extra special to end my time on Wallis Annenberg with a goal,” Rodriguez said. “I couldn’t have pictured it ending in any better way.” 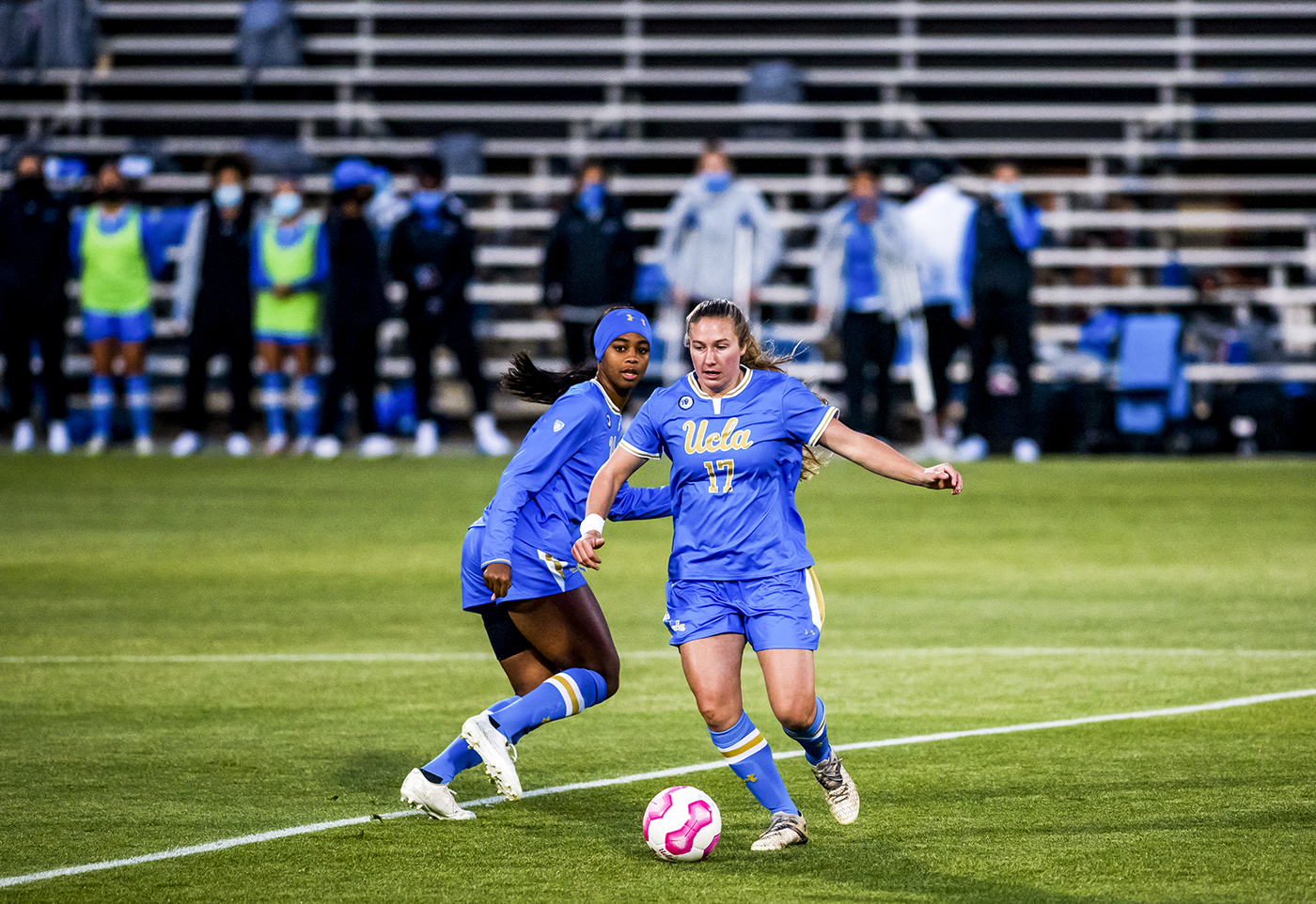 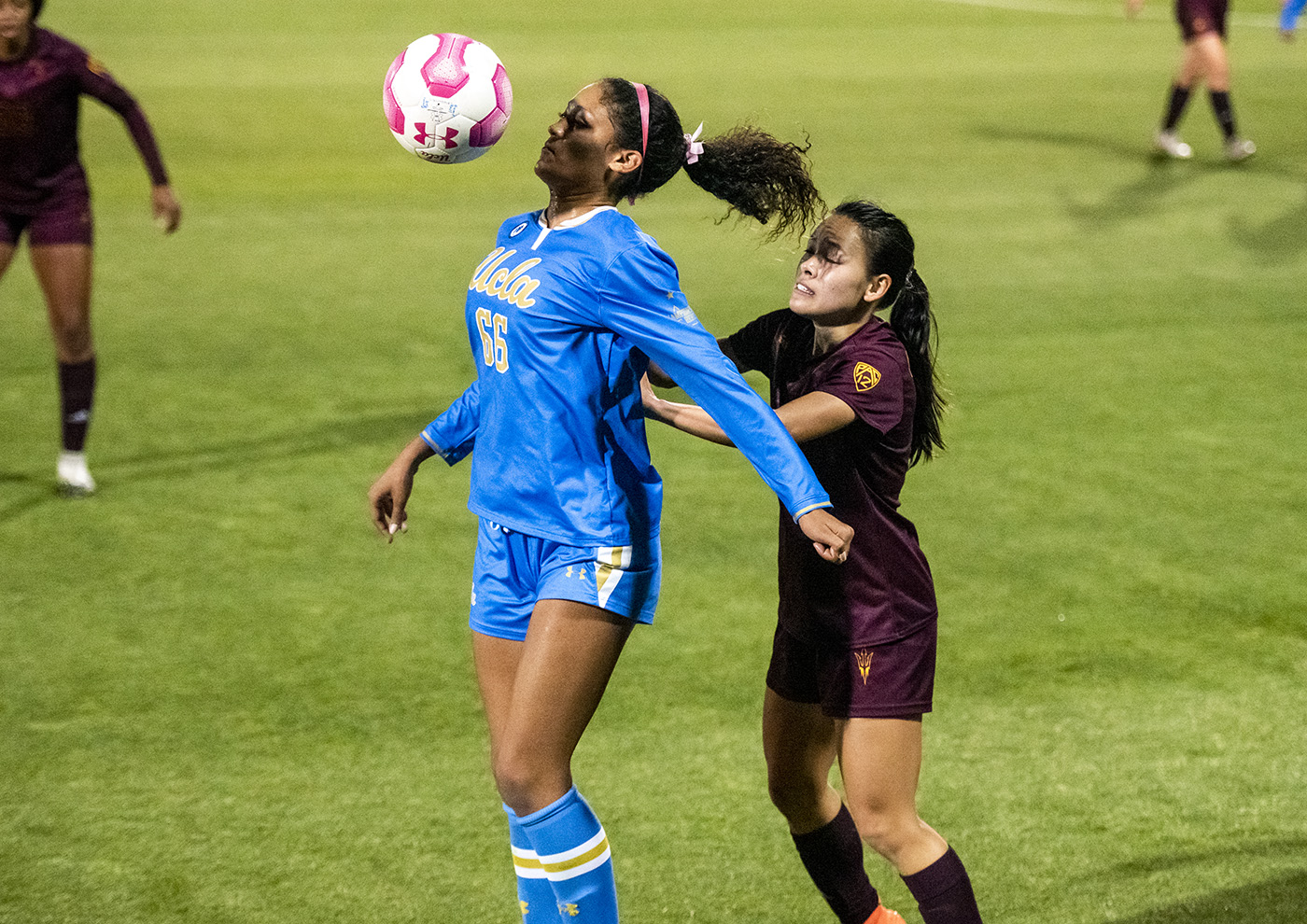 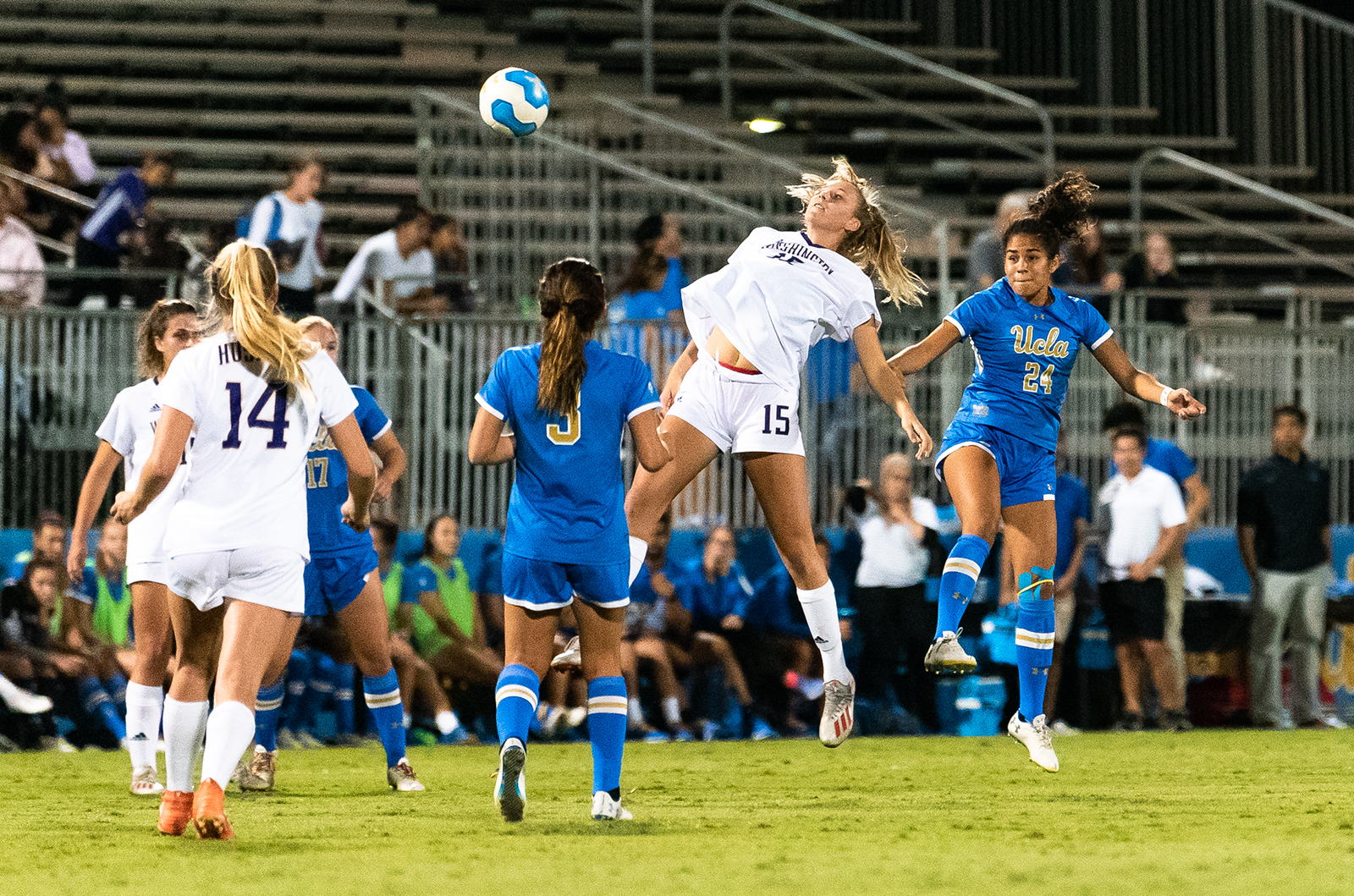