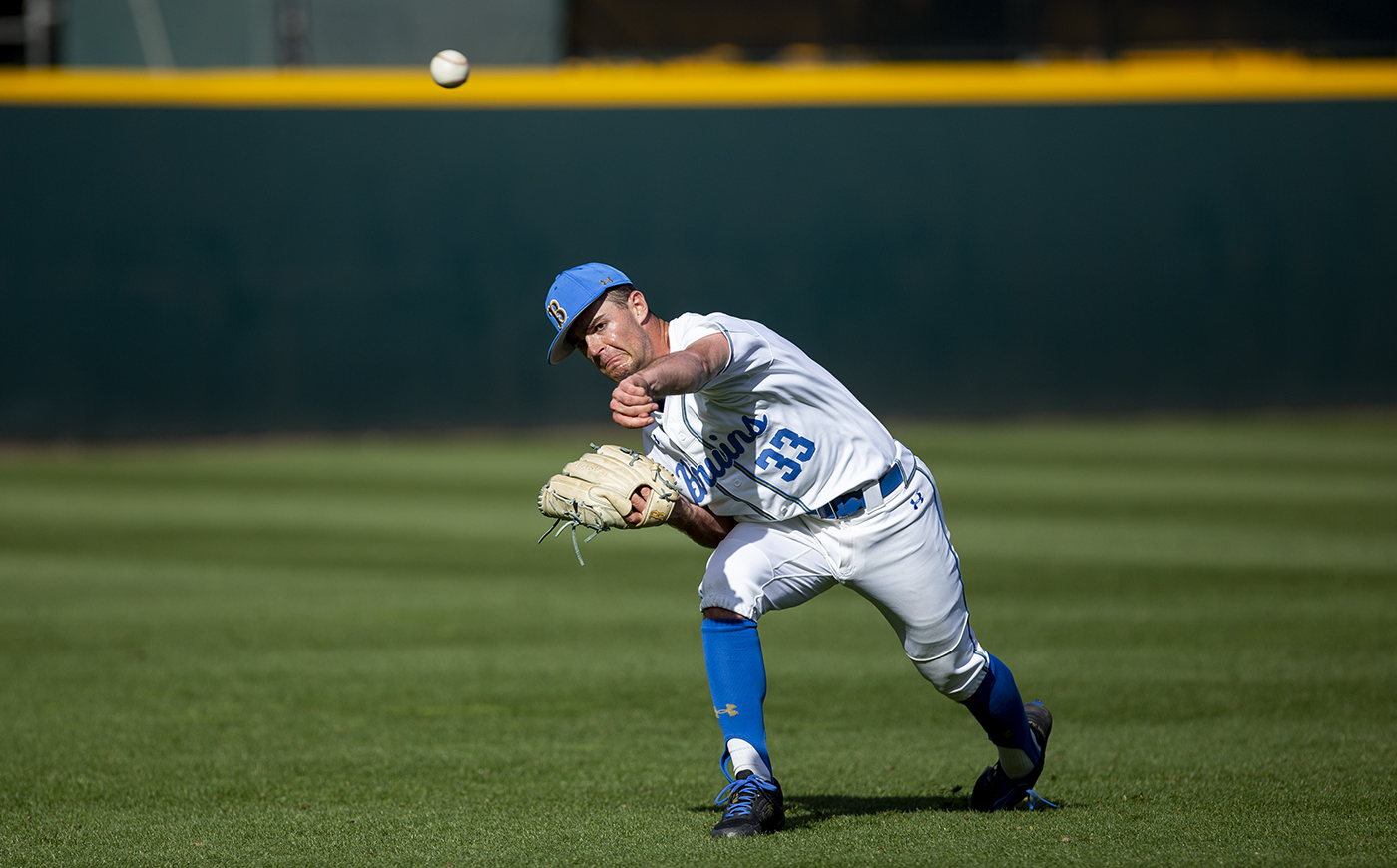 Despite loading the bases in two different innings, the Bruins were unable to come away with an Opening Day win.

No. 2 UCLA baseball (0-1) fell to San Francisco (1-0) 6-2 in its first Opening Day loss since 2016. While the Bruins only recorded five hits, in both the sixth and eighth innings they had the bases loaded with a combination of hits, walks and hit batsmen. In both situations, however, UCLA was unable to bring any of those runners home.

“We put ourselves in position to score some runs but at the end of the day we just couldn’t come up with that big hit,” said coach John Savage. “We put up one (run) in the third and one in the sixth, but we had some opportunities that we didn’t cash in on.”

Both of the Bruins’ runs came via RBI singles, in the third from junior shortstop Matt McLain, and the sixth from redshirt senior outfielder Jarron Silva. The Dons scored via a triple and a wild pitch in the fourth, a homer in the fifth, a single in the eighth and a throwing error in the ninth.

“I just got to tip my hat to USF – I thought they played well,” Savage said. “They had good at-bats and they had some big hits, clearly. The triple was a big hit, the home run was a big hit … they had better at-bats than we did.”

“It wasn’t (Karros’) best outing, but I thought he competed and he got a little taste of Friday night,” Savage said. “It’s literally one of the hardest nights to pitch in college baseball and I thought he handled himself pretty well.”

Sophomore left-hander Jake Saum was the only Bruin pitcher to not allow any hits or runs over his 1.2 innings of work. He struck out four of his six batters faced.

“(I was) just really focusing in on fastball location, making sure I was low in the zone and attacking, having the strikeout mentality,” Saum said.

Junior catcher Noah Cardenas recorded the Bruins’ only extra-base hit of the night, a double in the sixth inning. He was also able to cut down two of the four Dons’ would-be base stealers, something he said he was prepared for coming into the game.

“Coach Savage prepared us well and told us that they were a team that likes to run, it didn’t catch me off guard,” Cardenas said. “Obviously I would have wanted to get four of four, got two of four tonight, but definitely that’s something that’s in their identity is that they’re a running team.”

Despite the loss, Cardenas and Saum both look forward to playing against San Francisco for the rest of the weekend.

“You have to give credit to San Francisco, they did a good job tonight,” Cardenas said. “But I just think all together our older guys, we gotta compete better. Tonight I think we got outcompeted and I’m excited for tomorrow to come so we can play better.”