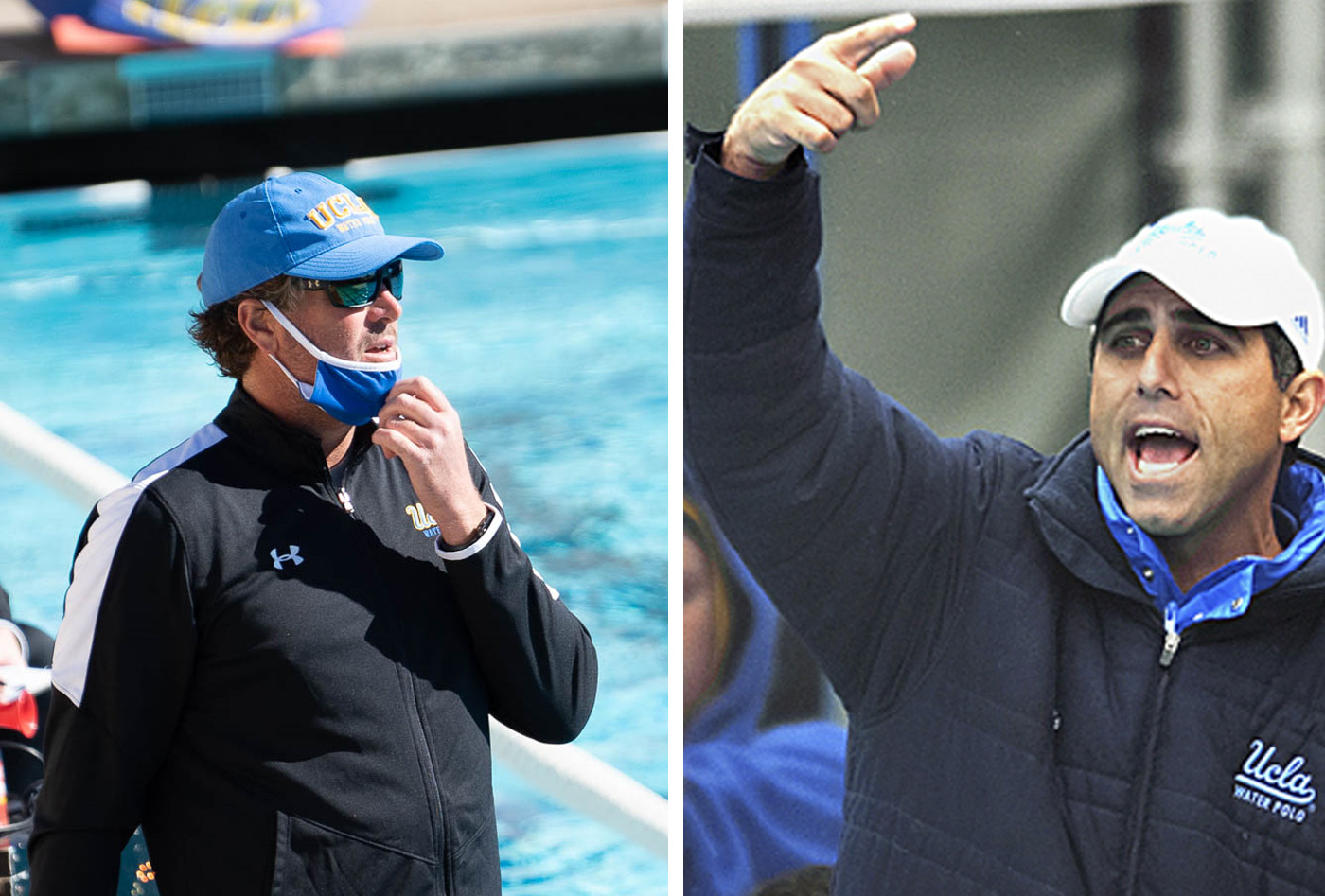 The Bruins have more opponents than what appears on the schedule.

No. 3 UCLA women’s water polo (1-0) routed No. 11 Fresno State (2-2) in its season opener last weekend, but the Bulldogs were one of just three teams the Bruins competed against. The blue and gold played exhibition matches, losing to the two-time defending gold medalist U.S. National Team and defeating No. 8 California.

The national team is coached by Adam Krikorian, who led UCLA women’s water polo from 1999-2009, winning five straight NCAA national championships – with two of those teams finishing with a perfect 33-0 record – before accepting the job with the U.S. team in 2009.

Krikorian also coached the UCLA men’s team to three national championships from 1999-2008. As a player, he was named “Most Inspirational Player” by his teammates in each of his last three seasons before leading the Bruins in goals his senior season en route to winning the team’s first national championship in 23 years.

Coach Adam Wright, a three-time Olympian and three-time NCAA champion coach in his own right, took over the men’s team from Krikorian in 2009 before eventually assuming the women’s role as well in 2017.

He said his team was nervous to start when facing off against Krikorian’s.

“In the beginning we were, I think, starstruck per se, which we discussed and we talked about, but something like that is hard to avoid,” Wright said. “The nice part was the latter part of the scrimmage we actually played, and that’s all we wanted from the beginning. We finally took advantage of the opportunity instead of being tentative or scared and the last three quarters were much, much better.”

Musselman used her redshirt a season ago, as she wasn’t with UCLA, instead competing with Team USA expecting to take part in the Olympics in Tokyo. After the games were postponed because of the pandemic, the three-time team leader in goals and three-time First-Team ACWPC All-American is again taking the year off to pursue the Olympics.

Finishing second, third and eighth in the conference in steals, goals and assists, respectively, in her first collegiate season, Hill was the only player to rank in the top-eight in all three categories and received the opportunity to train with the national team after the truncated 2020 NCAA season. The All-MPSF First Team selection said it was good to see the teammates she trained with over the summer.

“It was fun to see everyone,” Hill said. “The game went really well. We obviously know that they’re the best team in the world, so it was really challenging. But I think we made the most of the situation and we had a really good scrimmage with them. We were able to work on a lot of things that we had been practicing.”

A stand-out in the Bruins’ game versus the Bulldogs, freshman attacker Cassidy Miller led all players in scoring with five goals on six shots. Following the performance, she was named MPSF/KAP7 Newcomer of the Week.

Miller said the national team was the best team she’s faced in her career.

“It was a really great opportunity,” Miller said. “They’re fast, they move the ball really well. So it’s a lot like trying to keep up with that pace, and at that level the game IQ is just a lot higher. So it was definitely a difficult game, but I feel like it’s only going to help us in future games.”

With UCLA finishing last season 19-2, ranked No. 2 and splitting games with top-ranked USC, Wright said time in the pool with the national team can only help.