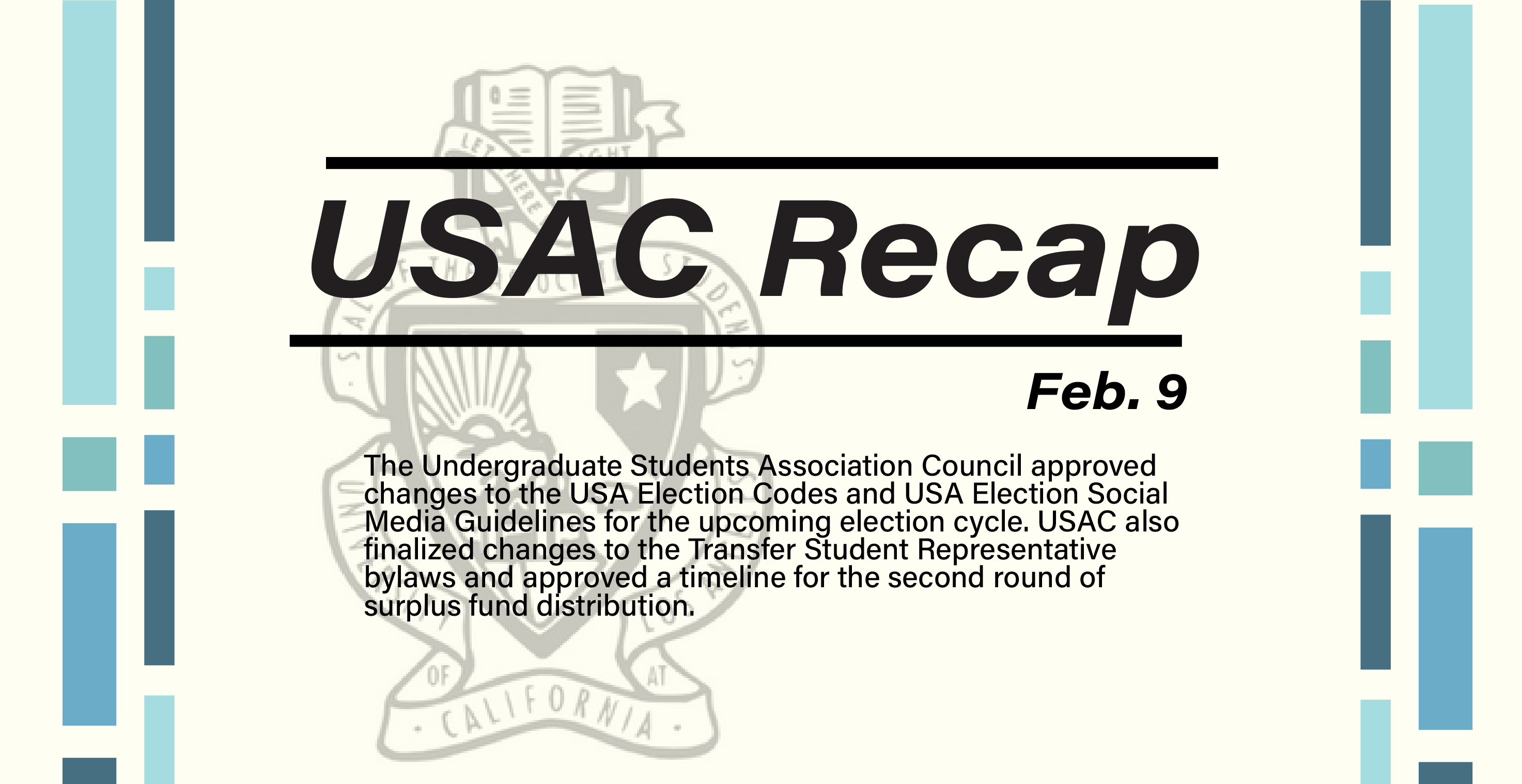 By Ben Brill and Natalie Agnew

The Undergraduate Students Association Council approved changes to the USA Election Codes and USA Election Social Media Guidelines for the upcoming election cycle. USAC also finalized changes to the Transfer Student Representative bylaws and approved a timeline for the second round of surplus fund distribution.