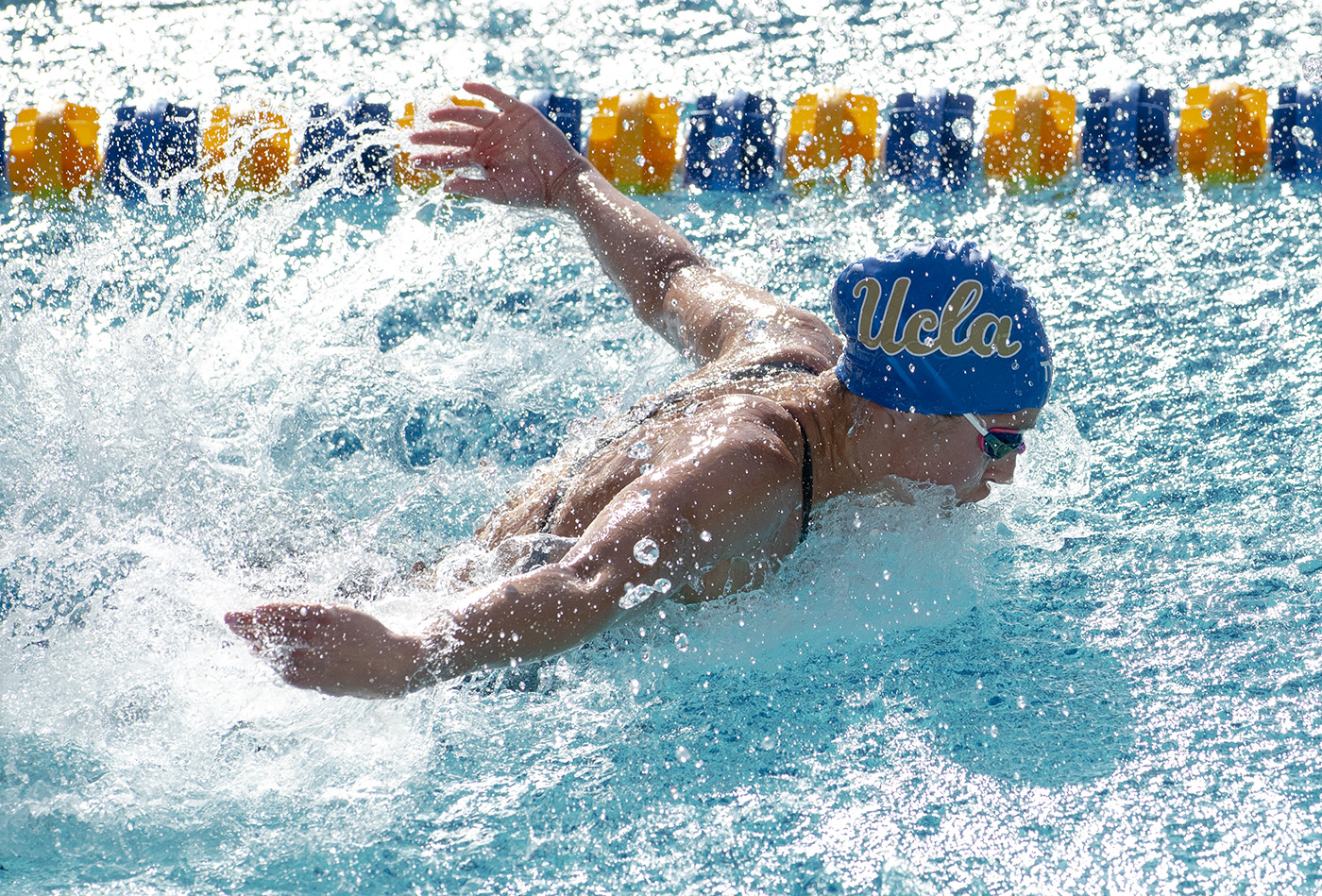 UCLA swim and dive will travel to Berkeley to face No. 7 California in a two-day dual meet, which junior swimmer Ella Kirschke said the team prefers to one-day meets. (Alex Driscoll/Daily Bruin staff)

This weekend marks an early-season test for the Bruins.

UCLA swim and dive (1-0) will travel up north to the Bay Area for a dual meet against No. 7 California for its first scored meet in Pac-12 action. Originally scheduled as a one-day competition on Saturday, an extra day was added on Sunday after UCLA’s matchup against No. 9 Stanford was postponed because of COVID-19-related restrictions in Santa Clara County.

“It’s a bummer, that’s for sure, but (that is) not to be unexpected in this year,” said coach Jordan Wolfrum. “We’ve had a lot of opportunities to compete against great teams and continue to have some opportunities. So, while I’m certainly bummed, I look forward to getting to see them at the Pac-12 championships.”

Opportunity has been a key word for this season, according to Wolfrum. In the midst of a pandemic, the season has been cut short from its usual length of seven months to just two months of mostly conference action.

“It’s definitely a good opportunity for us to get some more races in before (the Pac-12 championships),” Kirschke said. “When we do a one-day meet, we have to drop some of the events that we would normally do at an end-of-the-season meet, so being able to race for two days opens up opportunities to practice more events.”

The Golden Bears finished as the runner-up in the Pac-12 championship meet in both 2019 and 2020, just behind the Cardinal. UCLA has yet to beat California in the modern swim and dive era.

The Bruins enter the meet with some momentum, according to Wolfrum, after finishing with the top time in eight of 17 events in their tri-meet against USC and Arizona last weekend.

“Cal gives us great competition, deep competition, high-level competition, and they’re certainly going to be ready to go,” Wolfrum said. “Both us and our opponent haven’t had that many opportunities to race, so we are looking forward to getting better with each race.”

Despite losing an opportunity to race against the Cardinal, sophomore swimmer Daniella Hawkins said the Bruins are still grateful for the chance to see how they measure up against one of the nation’s top-10 teams.

“I think we’re all really happy that we’re still going to get to do a two-day meet,” Hawkins said. “They’re one of the best teams in the nation, so we’re really excited about that.”