The No. 1 doubles pairing in the nation, junior Elysia Bolton (left) and graduate student Jada Hart (right) won both of their doubles matchups over the weekend, helping UCLA women’s tennis secure 4-0 sweeps in both matchups in the ITA Kickoff Weekend. (Andy Bao/Daily Bruin)

While they spent 10 months without playing a competitive match, the Bruins were able to pick up where they left off last season.

No. 2 UCLA women’s tennis (2-0) returned to competition with the ITA Kickoff Weekend, where it defeated No. 19 California (2-1) on day one 4-0 and Texas A&M (3-1) on day two also by a score of 4-0, winning the championship match of its bracket and earning it a spot in the ITA Indoor Championship.

Bolton and Hart’s last competition in the 2019-2020 season saw them winning 6-1 over Emily Arbuthnott and Angelica Blake of Stanford. While this game took place nearly 10 months ago, Bolton and Hart were able to resume their winning ways.

“I think (Hart and I) picked up right where we left off – we were really strong last year and we were actually saying yesterday that it didn’t even feel like we had 10 months off from each other; we just got right back into the swing of things,” Bolton said.

Senior Annette Goulak, who won her doubles match with partner senior Vivian Wolff against California 6-3 and against Texas A&M 6-1, also spoke of her easy chemistry with her partner and the team even after the months-long gap.

“It was weird seeing the girls after 10 months, … but now it’s like second nature being with these girls, they’re like family,” Goulak said. “So now it’s super fun and it feels like we were playing last season yesterday.”

Bolton and Goulak also won their singles matches over Texas A&M’s Goldsmith and Jessica Anzo, respectively. Bolton said she was able to learn from her experience playing Goldsmith in doubles before facing her in singles.

“It helped me figure out her serve a little bit, to figure out what pattern she liked to do,” Bolton said. “I figured out that she hit the ball pretty flat.”

Both Goulak and Bolton noticed differences in the way California and Texas A&M played, especially in the broader realm of playing Pac-12 versus SEC teams. Bolton drew a comparison between Goldsmith’s flat hitting versus many girls in the Pac-12 who hit with more spin.

Goulak – who played two seasons in the SEC with Georgia before transferring to UCLA in 2019 – said she noticed distinct differences between the two conferences.

“(The SEC is) definitely all about being gritty, and almost like, nasty – just anything to win – but the Pac-12’s definitely a little classier but super talented as well, and just all around, both super strong conferences,” Goulak said.

“It was a tough weekend, not only Texas A&M but Cal was a tough match as well,” Sampras Webster said. “So we had to play some really high-level tennis to beat both teams, and I’m just really pleased with the way they competed and their team spirit.”

Despite the lack of fans in the stands and the rain delay that pushed the opening date to Sunday rather than Saturday, Goulak said the tournament victory was a good start to her final season.

“It’s been awesome,” Goulak said. “Hearing all the rules and regulations I wasn’t too excited at first, but now being back with my team and getting to compete and just be in the thrill of the moment, and I’m a senior – it’s my last year – so I’m definitely treasuring every moment on the court now.” 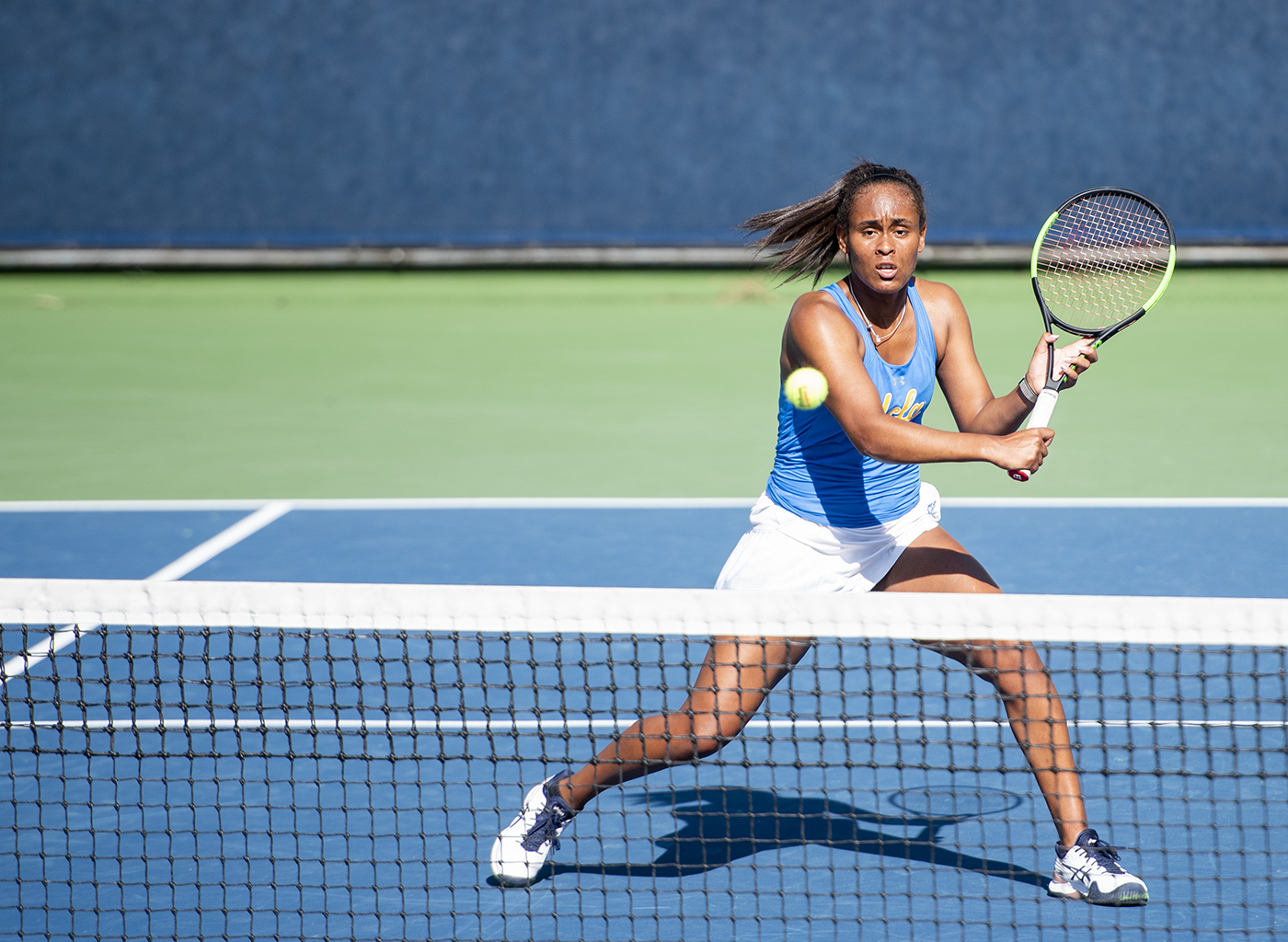