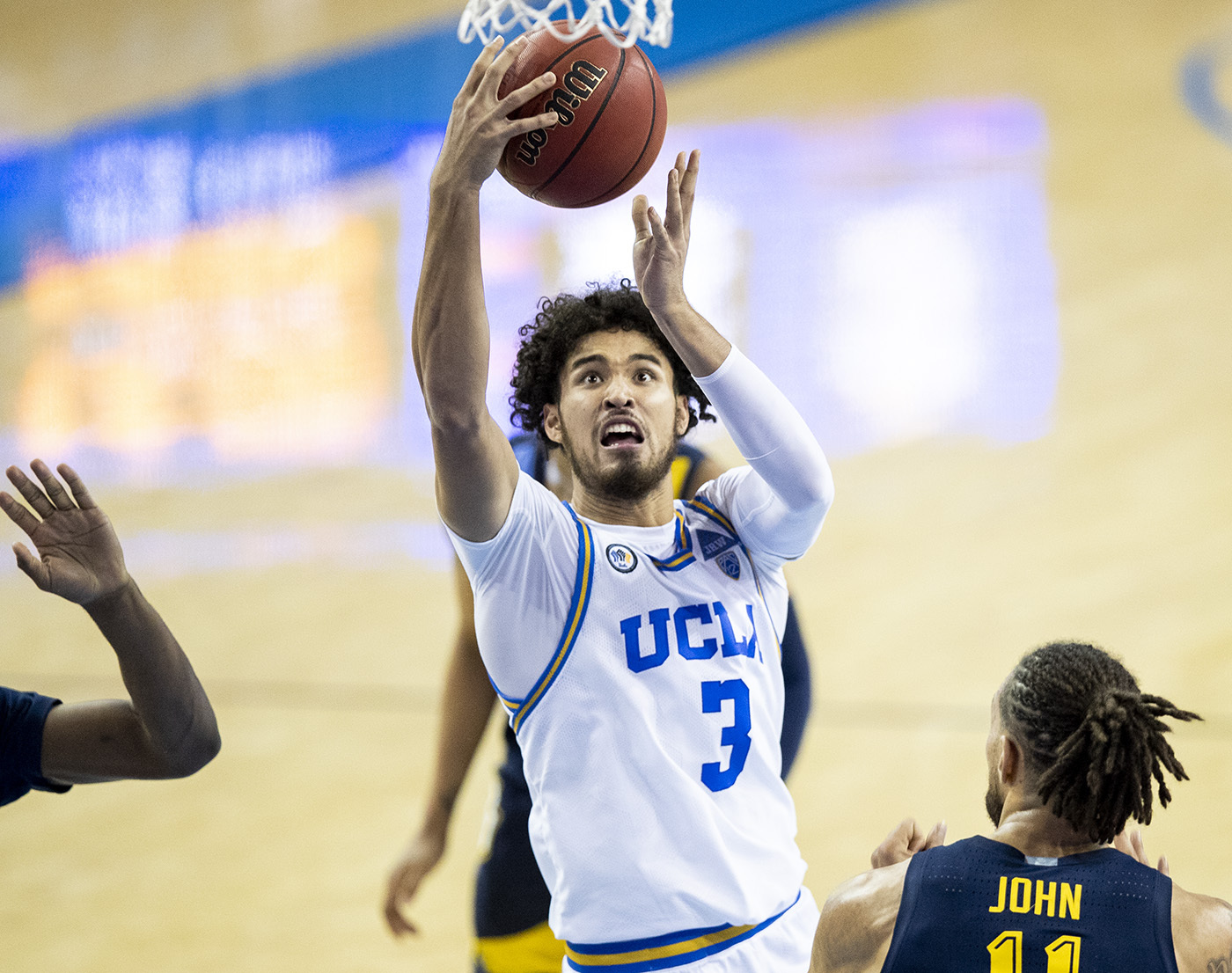 Sophomore guard Johnny Juzang scored a career-high 27 points – including 21 in a row – but it wasn’t enough as No. 24 UCLA men’s basketball fell to Stanford in overtime. (Andy Bao/Daily Bruin)

Tied at halftime and at the end of regulation, something had to give.

With 0.8 seconds left and the Bruins leading up by one, Cardinal forward Oscar da Silva cut to the basket and scored a layup off a baseline inbounds to seal the victory.

Coach Mick Cronin said the final play was one his team saw before, but nonetheless, it still was not able to execute.

Redshirt sophomore guard Tyger Campbell gave the Bruins the lead with five seconds left in overtime, and a converted 3-point play and a block by redshirt junior forward/center Jalen Hill on the following possession looked to wrap up another win for UCLA before the game-winner under the basket.

The Bruins had the chance to end the game in regulation but a missed Campbell jumper sent the game to an extra period.

For 12:33 in Saturday’s game, sophomore guard Johnny Juzang was the only UCLA scorer putting the ball in the hoop en route to a career-high 27 points on 11-of-19 shooting.

Juzang set his collegiate best after scoring 12 points on 4-of-17 shooting in his last two games but said his approach before today’s performance was no different.

“My teammates encouraged me to score, and same with the coaches,” Juzang said. “I wouldn’t say anything really changed, they just started falling.”

The Bruins started the game 2-of-15 from the floor with five turnovers and went 8:50 without a field goal before Campbell hit a jumper to cut the Cardinal’s lead to 17-8 with 8:41 left in the first half.

After an early deficit from the road team, Campbell said his team needs to improve at the start of games.

Campbell’s jumper started a 13-0 run, with eight straight points from Juzang. The transfer from Kentucky scored 16 straight points for UCLA and scored a career-high 18 points on 7-of-11 shooting in the first half alone. His scoring run for the Bruins ended at 21 points in a row with a 3-pointer by sophomore guard/forward Jake Kyman with 14:55 left in the second half.

As a group, however, Cronin’s team left Kaiser Permanente Arena shooting 41.7% from the field, its second-lowest percentage in conference play this season.

Stanford played without three starters – guards Daejon Davis and Bryce Wills and forward Ziaire Williams – but the conference’s leading scorer da Silva and forward Jaiden Delaire each scored 10 points to knot the game at the half. The pair combined for 11 points in overtime as Delaire and da Silva ended the game with 19 and 26 points, respectively.

Behind da Silva, the Cardinal outscored the Bruins 36-20 in the paint, with redshirt junior forward Cody Riley and Hill scoring a combined six points, 12 points below their combined averages.

Regardless of the end result, Cronin articulated his focus on his team’s play and not the final result, and said he was not pleased with the blue and gold’s performance.

“We did not deserve (a win) today,” Cronin said. “If we’d had won, … I can tell you I would have went in Monday, (and) you’d have thought we had lost a few. Whether (da Silva’s game-winner) happens at the end or not, Monday was going to be a brutal practice, I can promise you.”

After a 1-1 Bay Area road trip, UCLA will return to Pauley Pavilion to host No. 21 Oregon on Thursday. 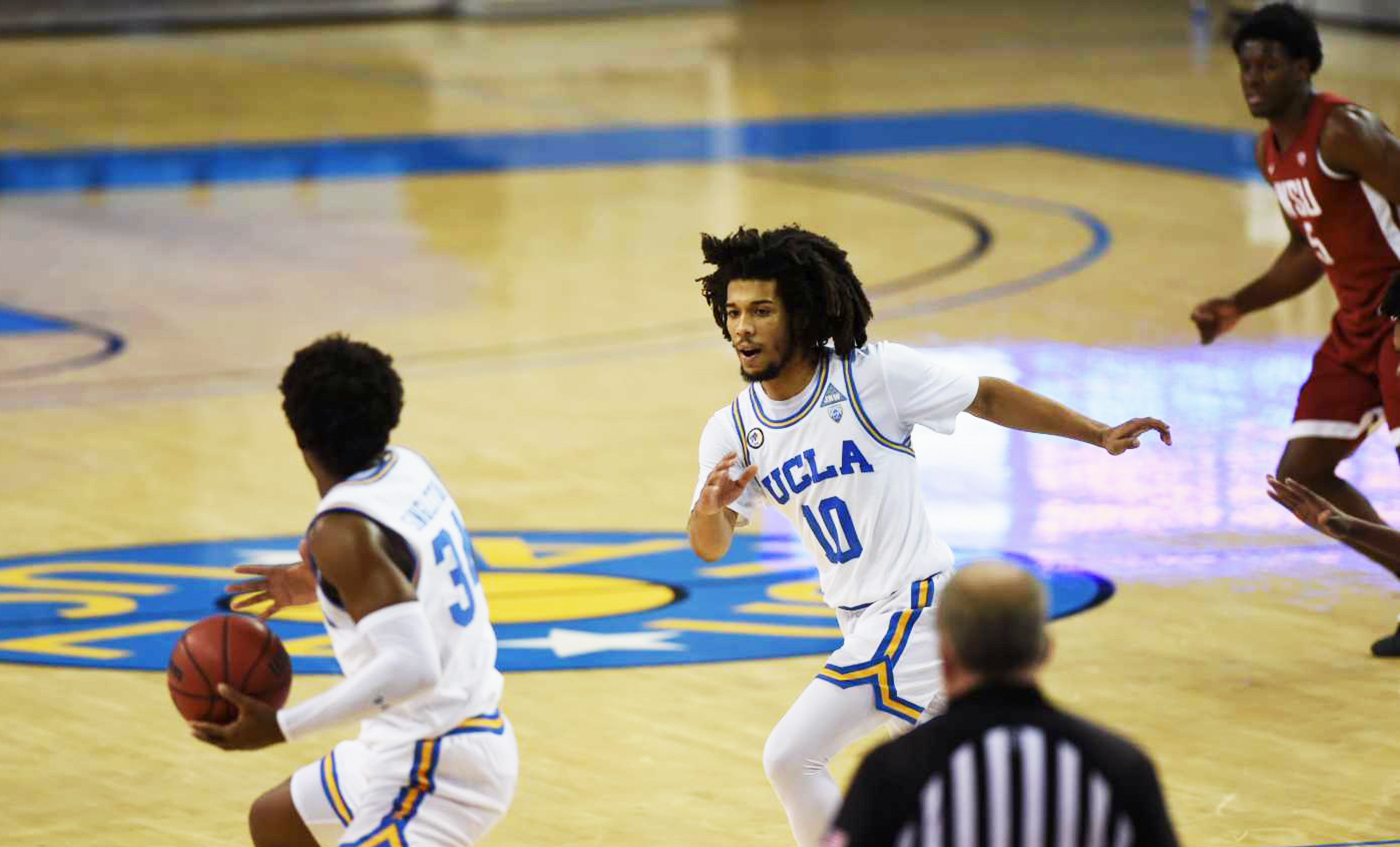 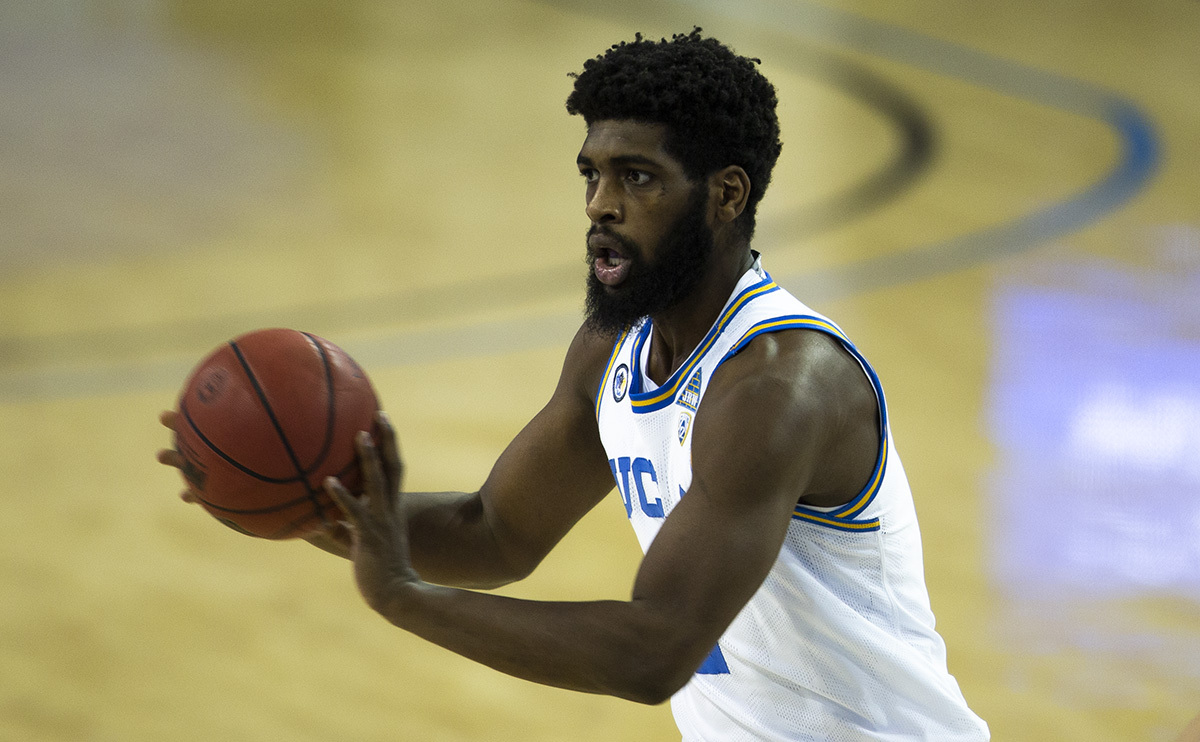 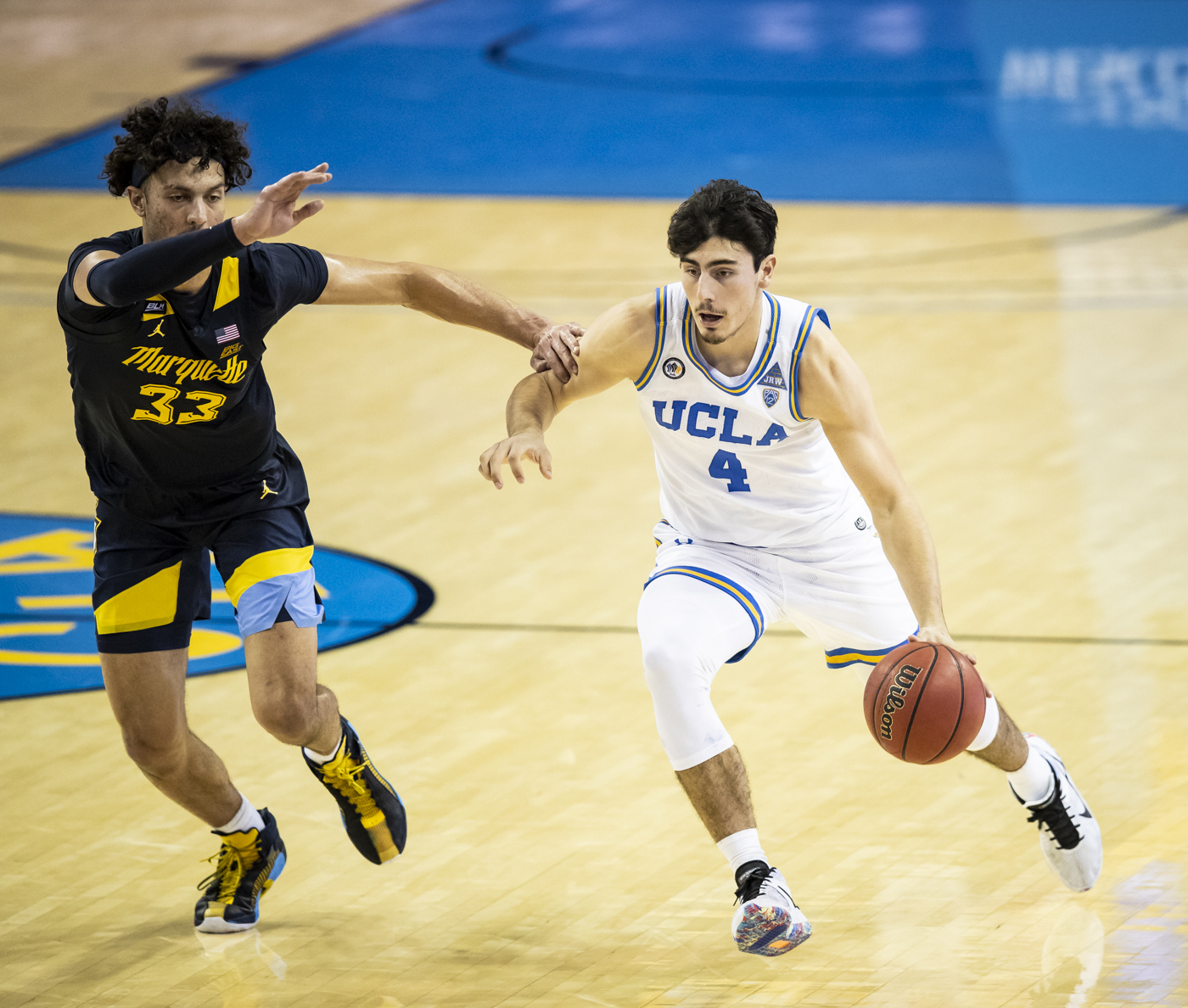 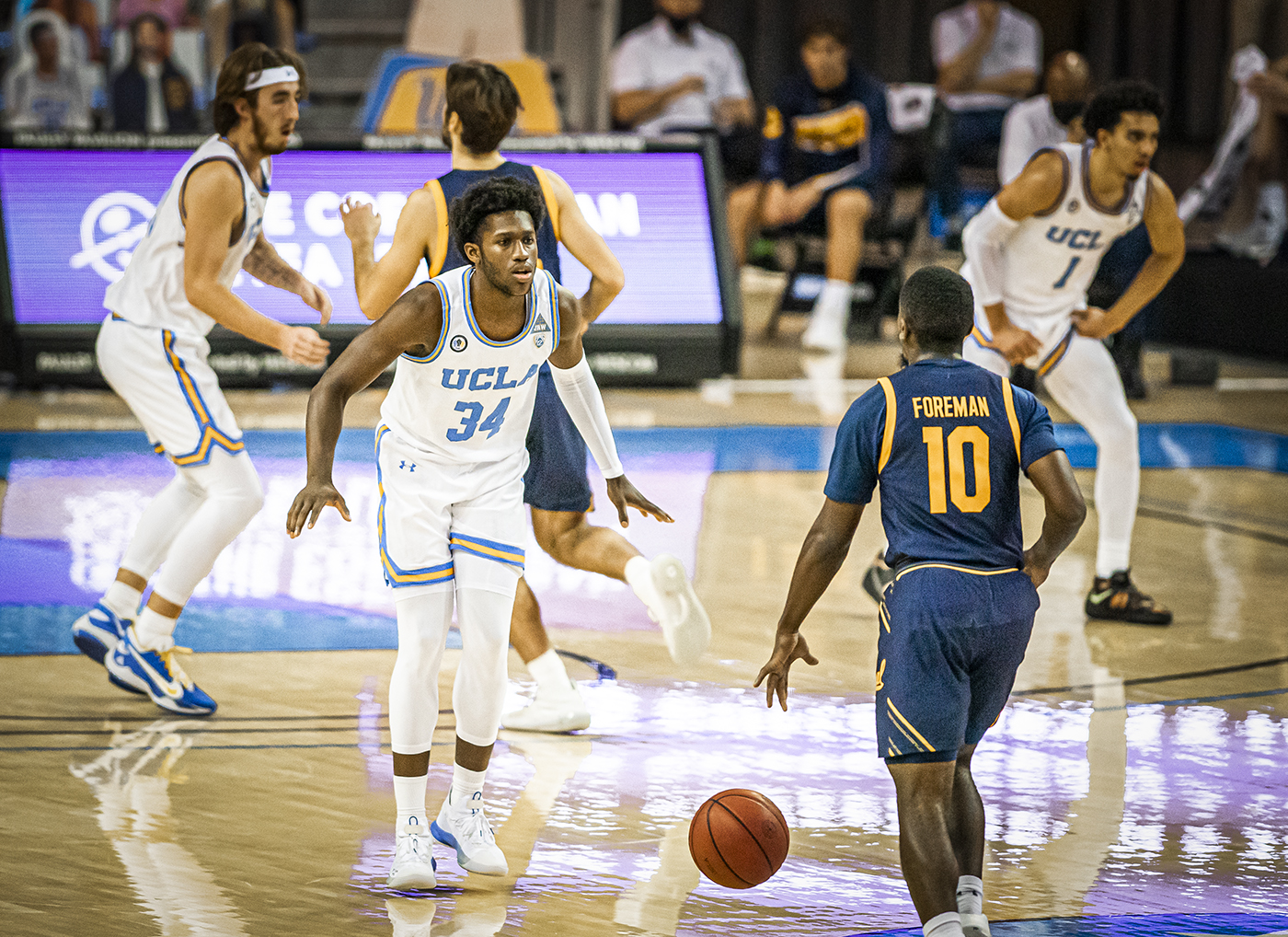