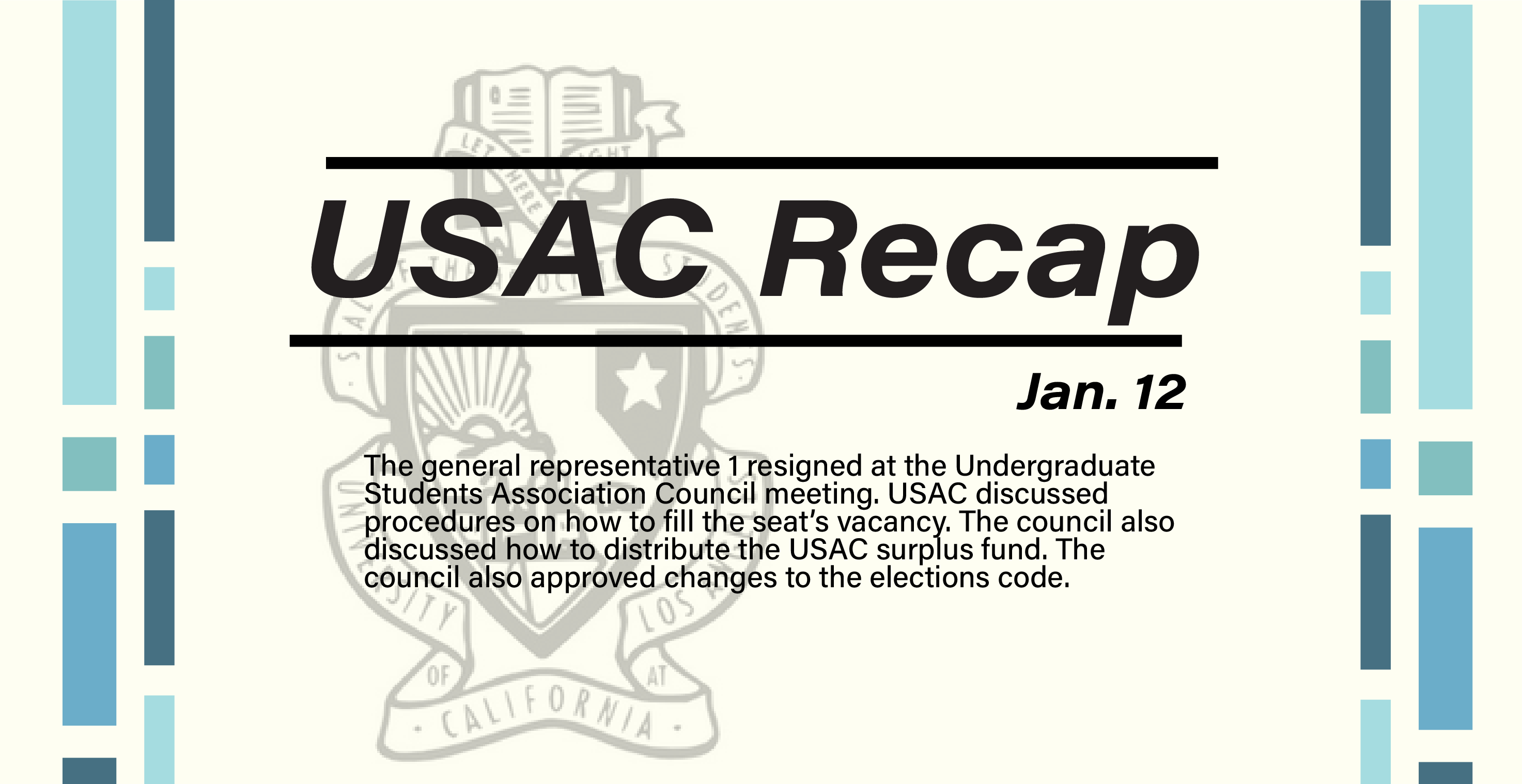 By Ben Brill and Jessica Wong

The general representative 1 resigned at the Undergraduate Students Association Council meeting. USAC discussed procedures on how to fill the seat’s vacancy. The council also discussed how to distribute the USAC surplus fund. The council also approved changes to the elections code.

The Undergraduate Students Association Council is the official student government representing the undergraduate student body at UCLA. Council meetings take place every other Tuesday at 7 p.m. during winter quarter and are open to all students. Winter quarter meetings will take place virtually on Zoom; links for the meetings can be found on the internal vice president’s Facebook page. Watch a livestream of the meetings on the USAC Live! channel on YouTube.