Beyond Bruin Walk: Californians can’t ignore extremism in their own backyards

It lost its soul.

Thousands of rioters stormed the U.S. Capitol on Jan. 6, the day Congress was set to certify the results of the 2020 presidential election. In a rally speech shortly before the siege took place, President Donald Trump continued to spout debunked conspiracy theories about the so-called stolen election and the need for “strength” to stop the election results from being certified.

Law experts say his words may have incited the subsequent violence that killed five people.

The mob that descended on the nation’s Capitol had the intent to hurt, and hurt they did. They came with bombs, assault rifles and molotov cocktails. One threatened to shoot House Speaker Nancy Pelosi on live television. Rioters beat officers who were refused backup and hurled racial slurs at Black guards tasked with protecting a government building once occupied by white supremacists.

And it’s all because they didn’t agree with the results of a legitimate election.

Unity seems unlikely, if not impossible, at this point. We’re less than two weeks away from President-elect Joe Biden’s inauguration and plans for potentially violent protests are already in the works. An article of impeachment made its way to the House floor on Monday as Republican representatives rejected a resolution to formally call on the vice president to invoke the 25th Amendment.

California appears far removed from the tumultuous power struggle between Republicans and Democrats on the federal stage. After all, the state’s Democrats are in their 11th consecutive year of controlling the governorship, senate and assembly. But this is no excuse to let our guard down. Californians must remain alert because the politicians who enabled – and are still enabling – Trump’s dangerously divisive rhetoric will stay in office. His legacy will live on and his torch will be passed along to obsequious sycophants who ride on the coattails of the racism he has emboldened.

And for many of these politicians, this was just the latest act in a long string of attempts to undermine the November election.

Devin Nunes, the representative from California’s 22nd congressional district, attempted to call into question how states won the election, and in the face of a live insurrection, chose to remain noticeably silent.

So much for California being a beacon of progressivism and democracy.

These representatives aren’t the cause of California’s shortcomings. They are merely a symptom of dangerous ideologies that have been brewing in the Golden State longer than anyone would care to admit.

Ashli Babbitt, a 35-year-old Air Force veteran and San Diego resident, was among those killed in the riots. Her impassioned support for the president often bordered on extremism. A quick look into her social media presence reveals a dedicated conspiracy theorist committed to fighting what she viewed as dark forces that had stolen the election from the president.

And Babbitt was certainly not alone in her beliefs. San Diego has seen a disturbing rise in rallies, marking a steadfast and at times violent commitment to believing the president’s falsehoods even as every one of his challenges are struck down.

The manifestations of these incendiary ideologies hit dangerously close to home. As rioters rampaged the Capitol building on Jan. 6, maskless rioters in Los Angeles heckled, beat and pepper sprayed a woman for urging them to wear face coverings. On the same day, hundreds of pro-Trump protesters gathered outside the LAPD headquarters, where fistfights broke out and officers arrested six people.

Even Sacramento saw its fair share of protests. Members of the Proud Boys, a hate group that champions white supremacy, gathered in front of the California Capitol building to decry what they perceived as a stolen election. The gathering was for the most part nonviolent, but if the events of last week prove anything, it’s that ideas can spread like wildfire.

And when they do, they can harm. California Democrats would do well to remember this.

While not necessarily an offshoot of Trumpian falsehoods, the campaign to recall Gov. Gavin Newsom is a sign that the state’s Democratic stronghold is not invincible. More than one million people have already added their names to the petition, just 500,000 signatures shy of the number necessary to get the initiative on the ballot. A donor who contributed half a million dollars to the cause attributed his support to Newsom’s supposedly unconstitutional restrictions on indoor worshipping – despite scientific evidence that mass gatherings endanger public health.

California likely won’t turn red anytime soon, but recent events show it isn’t an unbreachable haven of liberalism. To think that it is threatens to trivialize insidious undercurrents of hatred that continue to tear our country into shreds.

The next four years shouldn’t be an excuse for apathy. Vote. Build community power. Call out white supremacy and institutional racism for what they are.

Your engagement is critical. 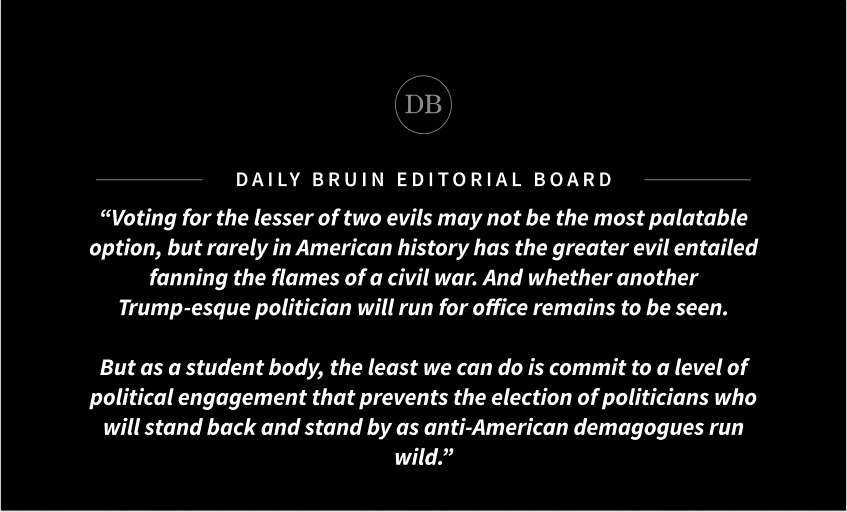 Editorial: Political engagement and elections make a difference in democracy 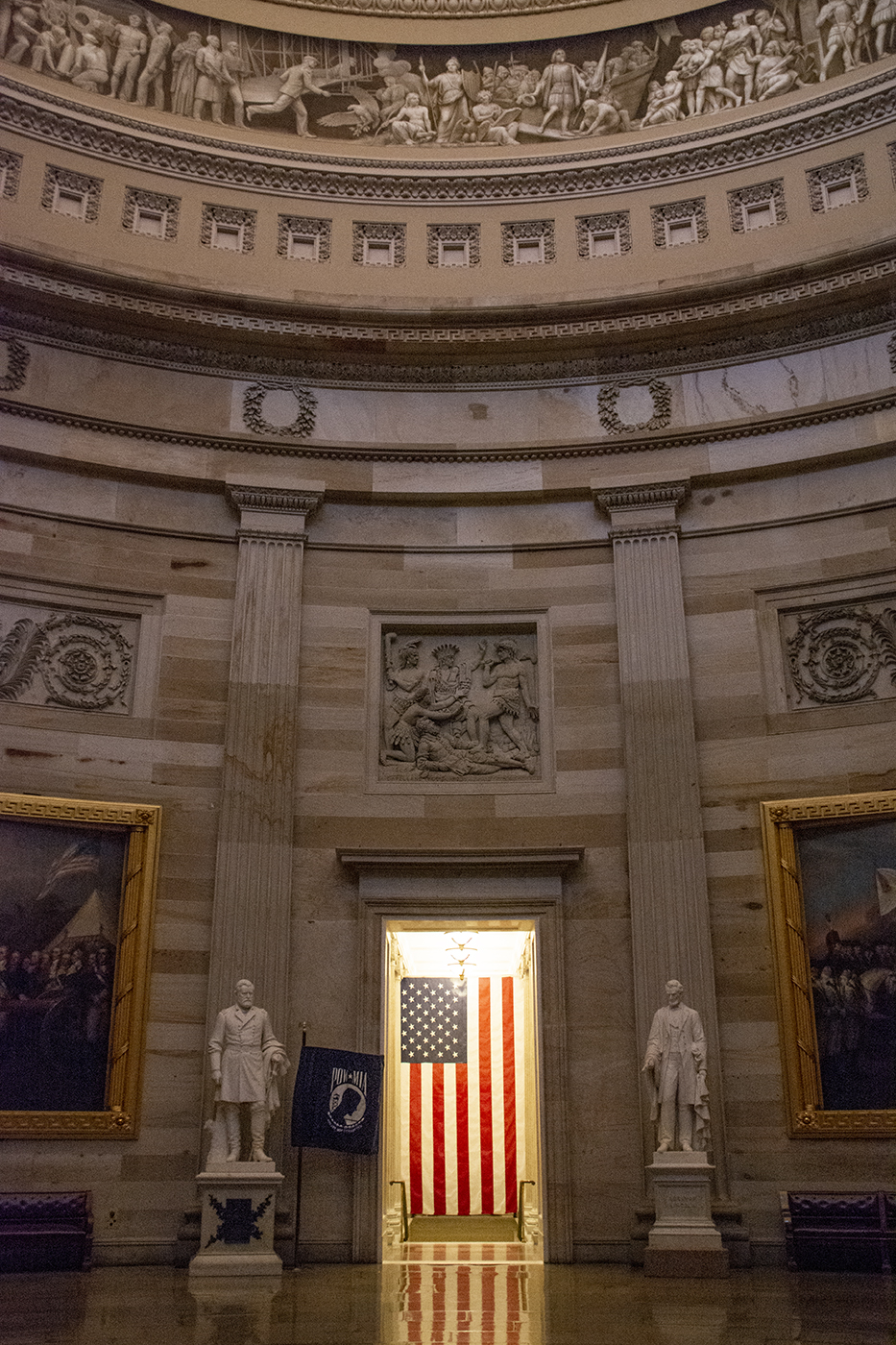