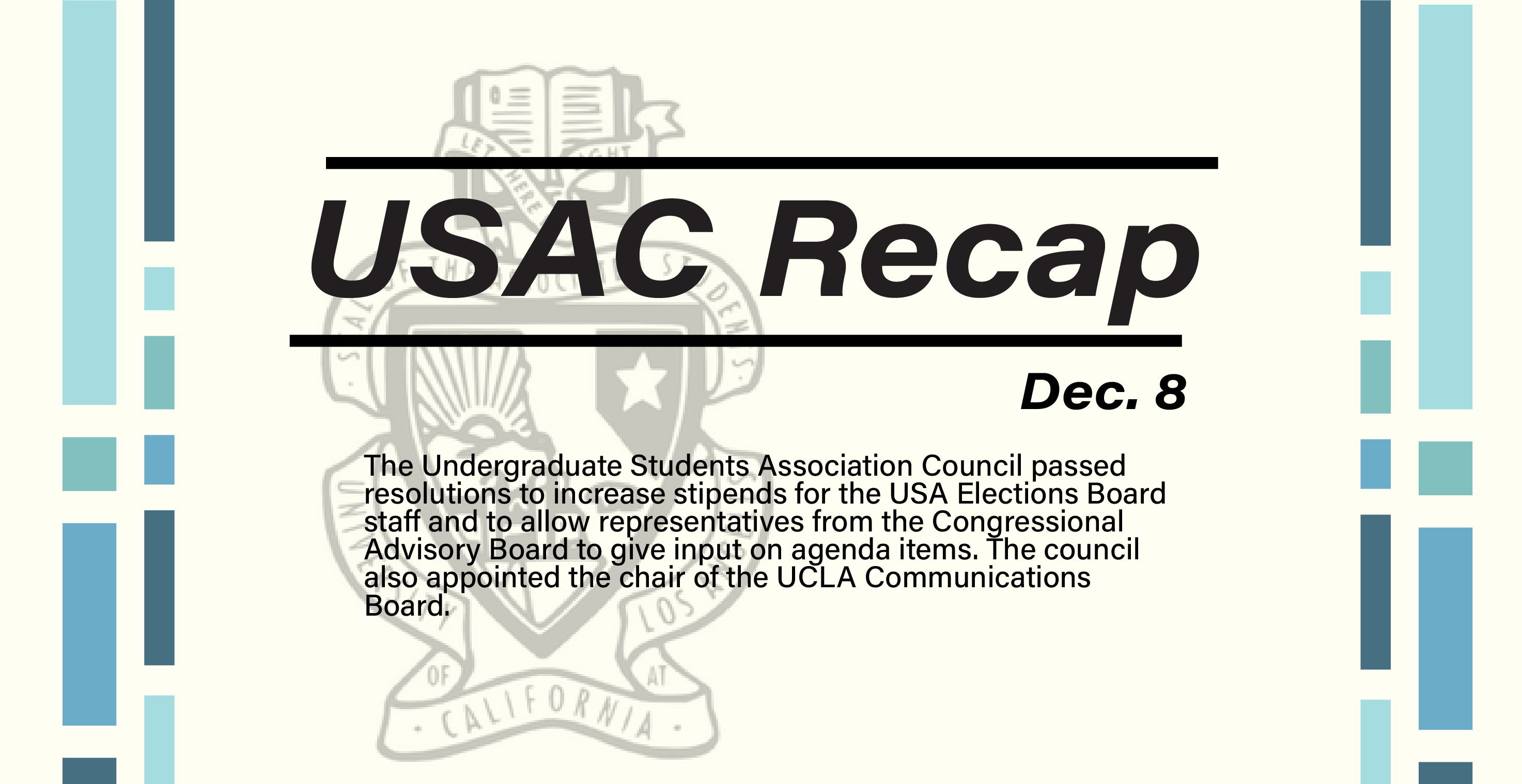 By Ben Brill and Guillaume Chantereau

The Undergraduate Students Association Council passed resolutions to increase stipends for the USA Elections Board staff and to allow representatives from the Congressional Advisory Board to give input on agenda items. The council also appointed the chair of the UCLA Communications Board.