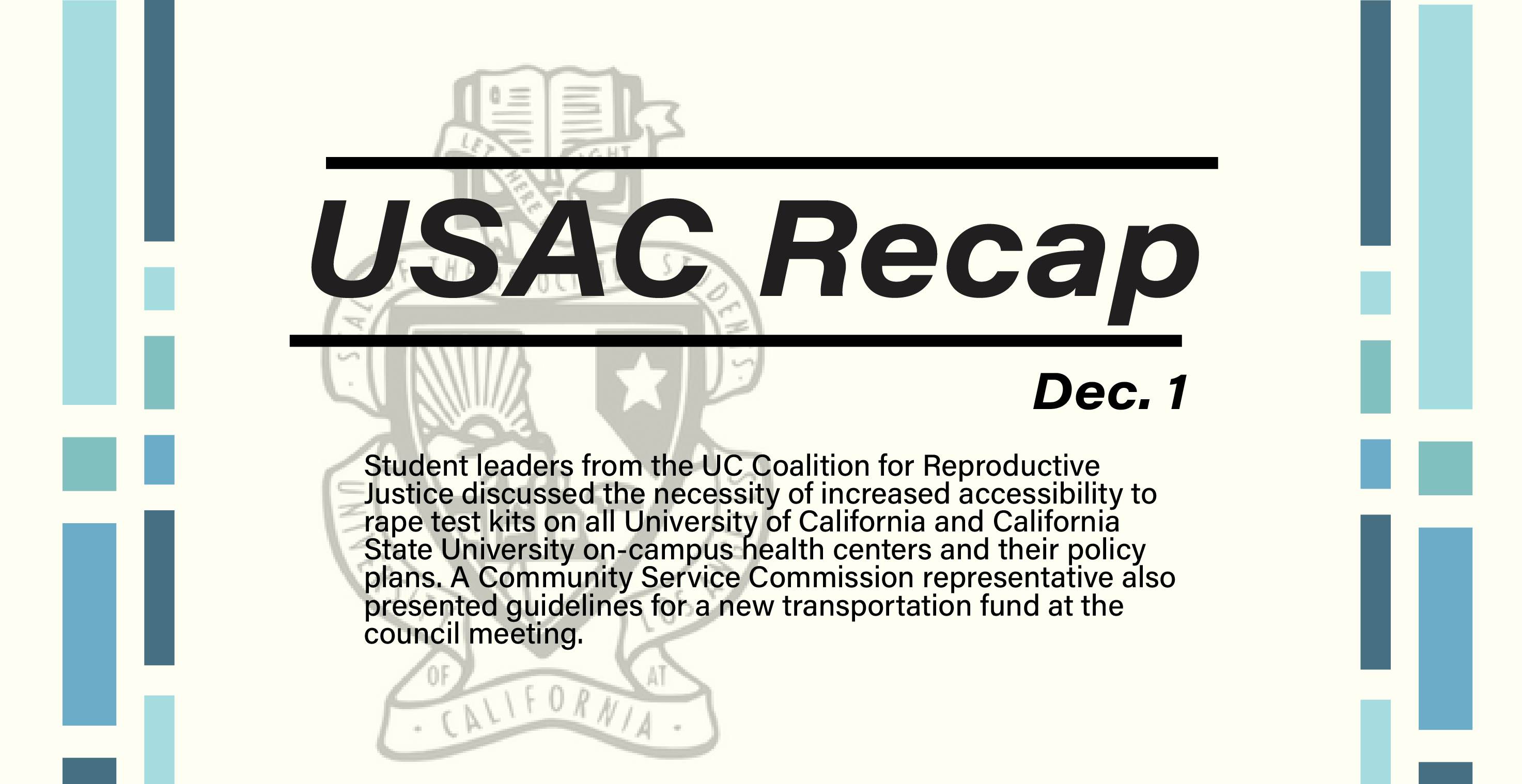 By Ben Brill and Natalie Agnew

Student leaders from the UC Coalition for Reproductive Justice discussed the necessity of increased accessibility to rape test kits on all University of California and California State University on-campus health centers and their policy plans. A Community Service Commission representative also presented guidelines for a new transportation fund at the council meeting.