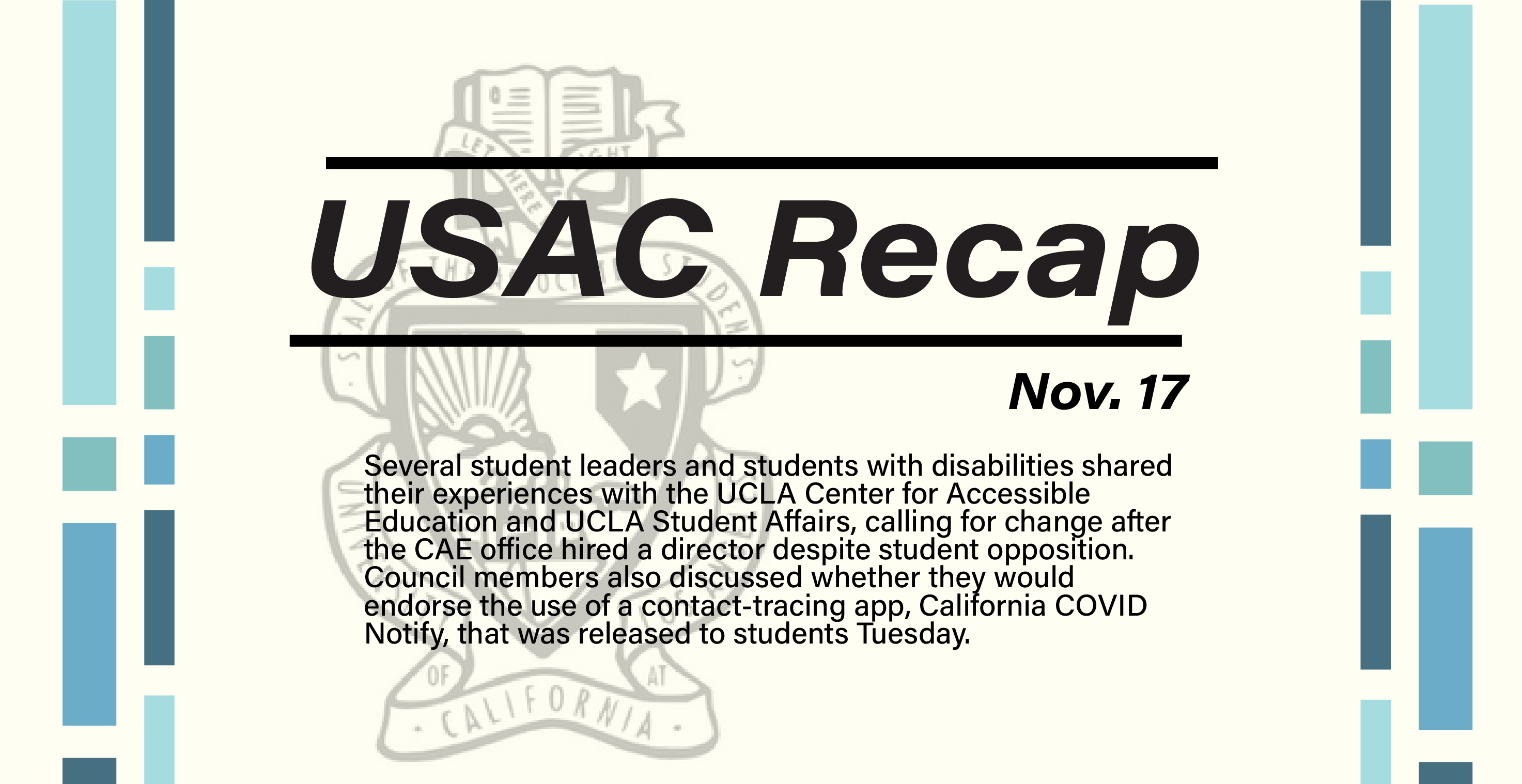 Several student leaders and students with disabilities shared their experiences with the UCLA Center for Accessible Education and UCLA Student Affairs, calling for change after the CAE office hired a director despite student opposition. Council members also discussed whether they would endorse the use of a contact-tracing app, California COVID Notify, that was released to students Tuesday.

The Undergraduate Students Association Council is the official student government representing the undergraduate student body at UCLA. Council meetings take place every other Tuesday at 7 p.m. during fall quarter and are open to all students. Fall quarter meetings take place virtually on Zoom; links for the meetings can be found on the internal vice president’s Facebook page. Watch a livestream of the meetings on the USAC Live! channel on YouTube.