Redshirt freshman opposite Kevin Kobrine has worked on his music during quarantine and expects to drop an EP in 2021. (Daanish Bhatti/Assistant Photo editor)

The beats have changed, but the artist hasn’t.

During Kevin Kobrine’s sophomore year of high school, his friend Sam Parhamfar got him to rap for the first time. Parhamfar was producing beats at the time and wanted to give the current UCLA men’s volleyball redshirt freshman opposite an opportunity to express himself.

“(Kobrine) was always into music,” Parhamfar said. “He just never thought of it as a creative outlet that he could participate in.”

Although Kobrine had no musical experience, Parhamfar said he could tell his friend had talent.

The first recording session sparked an interest in Kobrine, and he took the initiative to improve. He downloaded music production software, took the time to learn music theory, produced his own beats and changed his style.

Kobrine said what fueled him was a yearning for growth rather than results.

“A lot of people try to look for the results before they put in the actual work,” Kobrine said. “I was blessed in not having any desire (for that) because all I did was just work and not focus on the results.”

One of the ways Kobrine was able to focus on his growth was through the help of the volleyball team.

Kobrine isn’t the first UCLA men’s volleyball player to come out with music – former setter Micah Ma’a came out with his latest single, “April Showers,” in September under the name Kama.

However, Kobrine said his greatest influence has been former middle blocker Daenan Gyimah. Gyimah, who performs under the name Kofi, is currently signed to Red Bull Records and came out with his debut EP, “Story of My Life,” this year.

Having been Gyimah’s roommate, Kobrine said he learned technical skills and also general advice on how to navigate the industry.

Although Ma’a, Gyimah and Kobrine were all Bruins at the same time, Kobrine said the three pursued their musical journeys independently.

While Kobrine produced his music independently, some of his teammates knew about his love for music before he ever played his first match for the Bruins.

One of Kobrine’s current teammates, redshirt freshman middle blocker Daniel Matheney, played with Kobrine on the youth national team in high school and said after the grind of practices, Kobrine would show him some beats.

“We had like, two practices a day, and we just did nothing besides practice,” Matheney said. “So (Kobrine) pulls out his laptop (and) shows me a bunch of beats that he’s been working on, and they actually sound crazy.”

Matheney said that the nature of being an athlete has pushed teammates like Kobrine to pursue an emotional release through activities like music production.

“Volleyball is very strenuous on your body,” Matheney said. “Whenever … one guy wants to do a hobby, we’re all going to join in because we’re a team. It’s kind of nice to have things to do besides playing volleyball and lifting weights.”

Kobrine has a total of seven songs published on his Soundcloud. His most recent release was a three-track EP titled “A Work of Art” four months ago.

He is currently working on another EP, set to come out in the summer of 2021, that he hopes will set him apart as an artist.

“What I want people to take away from me … (is) that my style is pretty unique,” Kobrine said. “I don’t want to necessarily be compared to a lot of artists because what I’m doing is different. I believe my sound is different, and I want more of a philosophical, deep emotion to be invoked on the person listening.”

This same sense of individualism Kobrine has found in music is what he said has helped him be a better teammate on the court.

So although Kobrine’s style has changed over the years, perhaps he’s just coming into form. 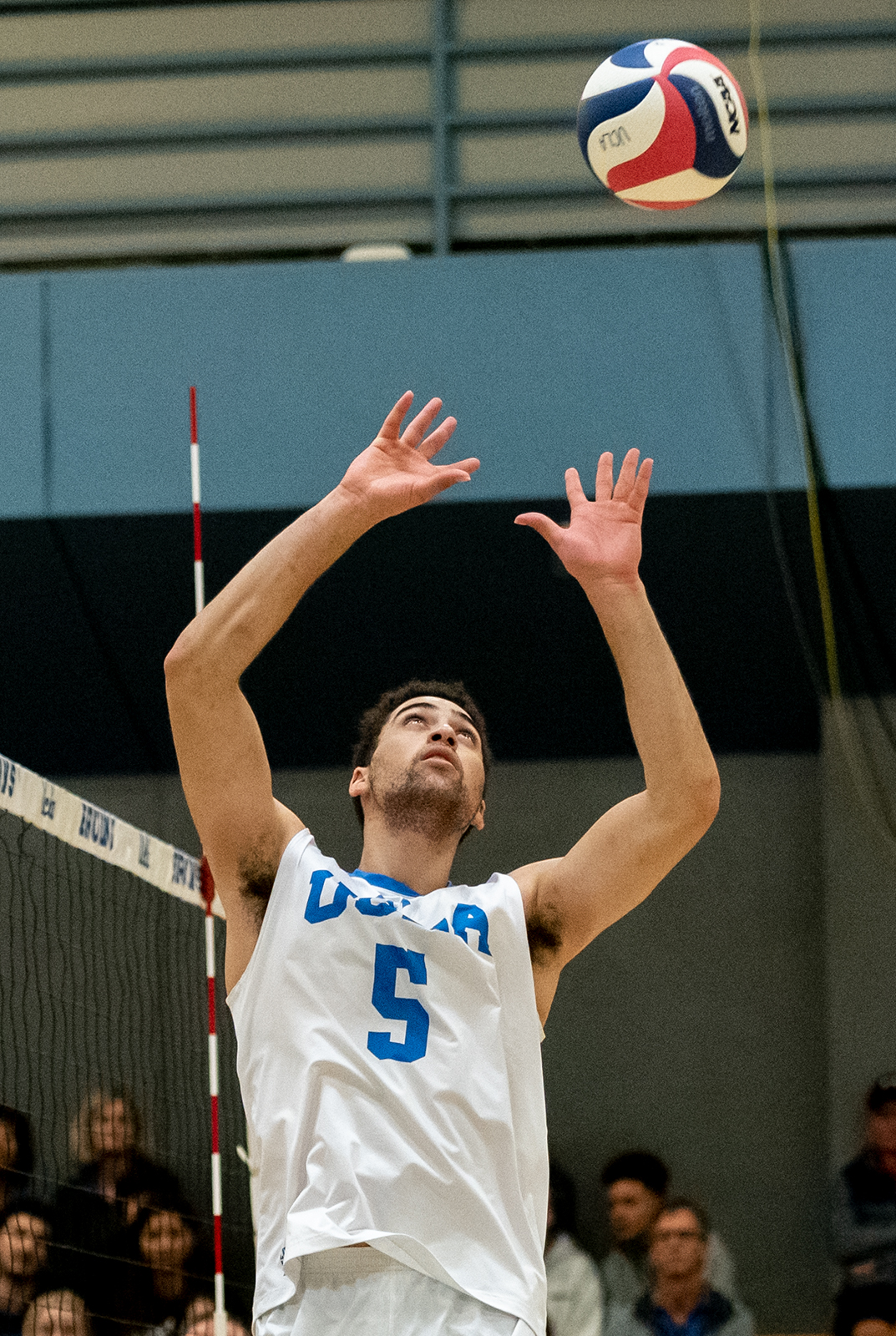 Men’s volleyball pursues second win against Matadors on the season 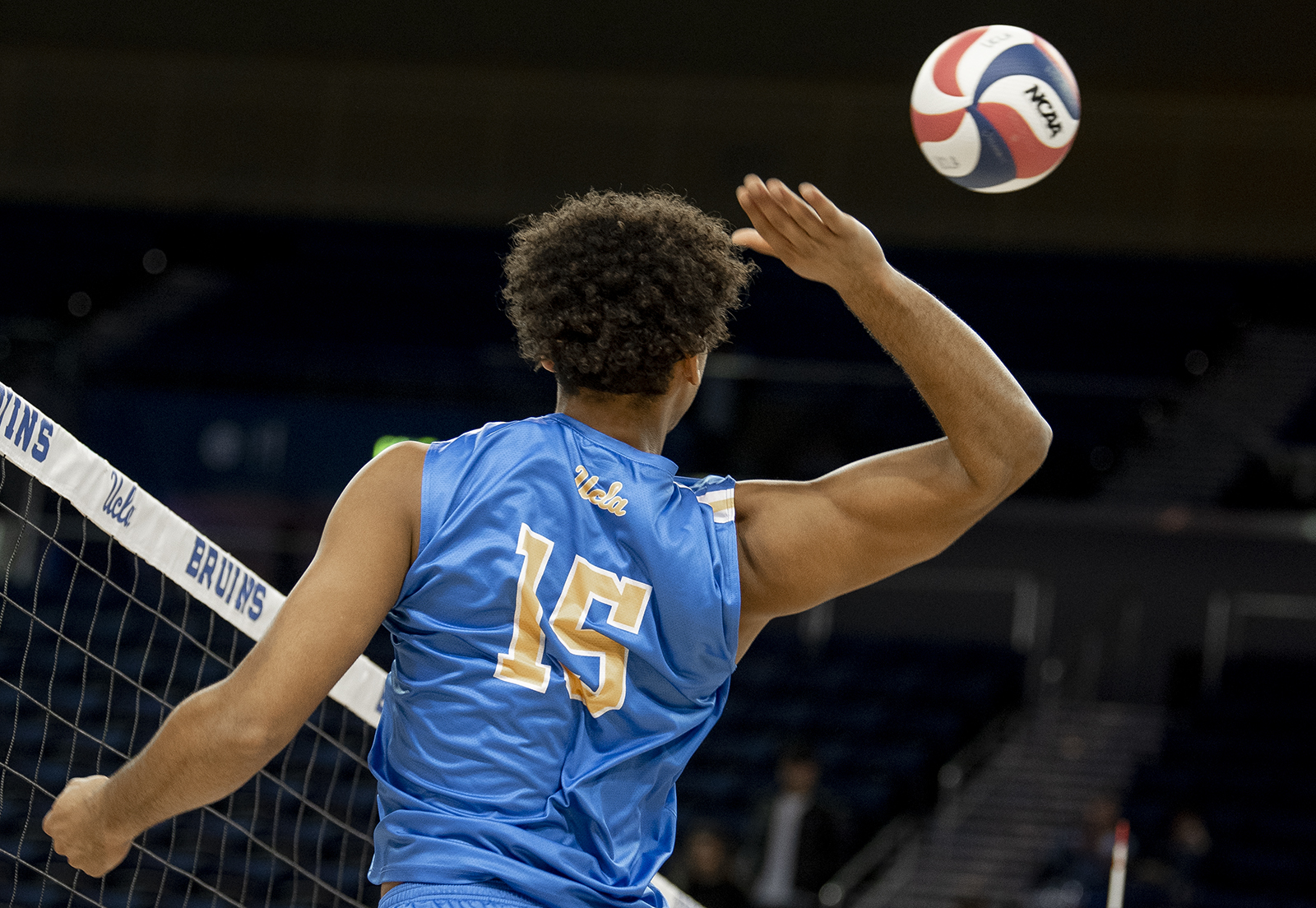