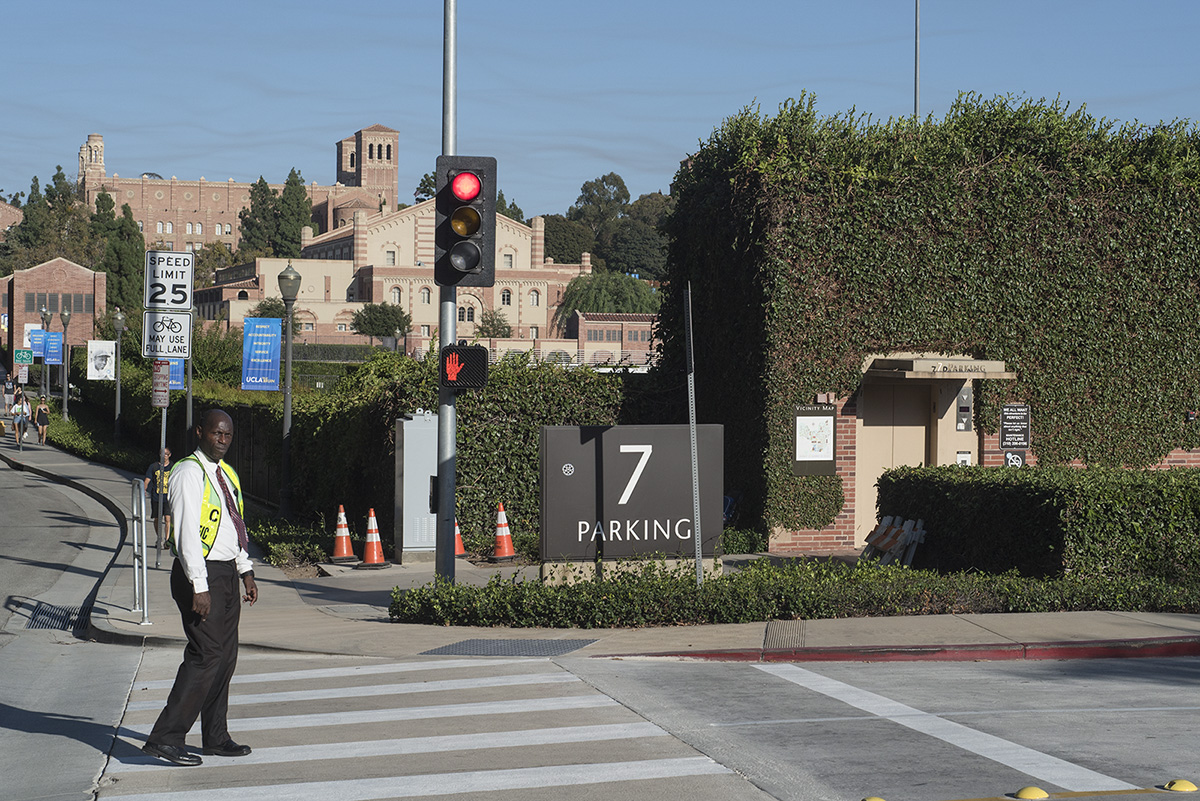 The undergraduate student government is calling on UCLA to designate a safe parking space for students experiencing homelessness.

The Undergraduate Students Association Council approved a resolution at its Oct. 6 meeting which endorsed a student proposal calling on UCLA to adopt a small-scale parking program where students experiencing homelessness could park and sleep in their cars overnight.

The resolution asked UCLA to create a space in Parking Lot 7, the parking space under the Intramural Playing Field, for students to park their vehicles overnight. USAC chose Lot 7 partly because of its proximity to student services such as the Community Programs Office food closet, UCLA Counseling and Psychological Services and the Arthur Ashe Student Health and Wellness Center, the resolution stated.

Grayson Peters, a founder of Safe Parking UCLA, the student organization that drafted the proposal, said the plan could partially solve some housing problems in Westwood in the absence of more direct assistance.

Los Angeles is the most expensive place for renters in California and the fourth-most expensive in the nation, according to a 2019 study by RENTCafe, an apartment information site.

The resolution cited another UCLA study conducted by cityLAB UCLA, a city planning research group, which reported that 5% of students across the UC campuses experience homelessness.

Students who commute and students who have been temporarily evicted from their apartments sometimes have to sleep in their cars on Westwood streets overnight, Peters said. Forty-two percent of students who commute over 60 minutes to UCLA report having slept on or near campus overnight because of the long commute, according to the cityLAB report.

“Our thought is that the university should use its considerable resources to make the experience of living in your car as painless as possible,” said Peters, a fourth-year French language and culture and political science student.

The October USAC resolution follows similar proposals from the North Westwood Neighborhood Council and the 2019-2020 USAC that called on UCLA to provide parking for students experiencing homelessness.

“We do not think (sleeping in cars is) safe,” Beck said in January. “It’s not sanitary. It’s something that the University of California, in general, doesn’t support.”

“Safe parking programs, when implemented and effectuated in a thoughtful, data-driven and policy-driven way, can lead to positive outcomes for those that are housing-insecure,” said Arasasingham, a third-year global studies student. “(They have) much better off, safer outcomes than if you were to have them living on the streets or in their cars.”

A UCLA spokesperson did not respond in time for comment.

“We knew that housing insecurity at UCLA and in our state was a crisis before this pandemic began,” he said. “This pandemic has only exacerbated that.”

Safe Parking LA estimates that maintaining a year-long parking lot for students experiencing housing insecurity would cost $130,000 to $140,000, including security and bathroom expenses, among other costs.

“(The cost is) an overestimate in my opinion,” said Sachi Cooper, the USAC Facilities Commissioner. “We’d rather have an overestimate rather than an underestimate so we’re not tricking people.”

UCLA has the money to fund the proposal and could mobilize its resources to provide a refuge for students experiencing housing insecurity if the administration wanted to, said Cooper, a third-year geography and urban studies student.

“UCLA has money to spend. It’s just that they allocate it in places that we disagree with,” she added. “We all know that the money is there if UCLA has the will to do it. I think they tend not to have that willingness.”

Instead of establishing a safe parking space, Beck proposed to create a hostel program offering about 100 beds to students at around $15 a night. The program could have opened as early as fall quarter, he said in January.

Peters, who is also an NWWNC councilmember, said he was interested in UCLA’s proposal but has not received an update since June. However, he understands that UCLA might prioritize other issues, like the COVID-19 pandemic, Peters added.

Bruin Shelter, a student-run shelter available to students experiencing housing insecurity, can only accommodate 18-27 students per academic quarter, according to the resolution. The shelter has been closed indefinitely due to the COVID-19 pandemic.

“We (The Bruin Shelter) are definitely in support of both USAC’s resolution and the safe parking at UCLA pilot program proposal,” she said. “Safe parking is definitely something that is necessary in our efforts in alleviating the pressure on students experiencing homelessness or housing-insecurity.”

Student leaders have struggled with reaching out to students experiencing housing insecurity and homelessness, Peters said. Advocates for the proposal are usually student government staff and political science students who have the privilege, platform and leisure to push the issue forward, he added.

“Because somebody’s housing status is often a very private matter, there may be shame involved,” Peters said. “We never felt comfortable with a more aggressive, interrogative approach.”

While the safe parking proposal has not been implemented, Arasasingham said the recent resolution is only one of many strategies being explored to combat housing insecurity.

“This isn’t really a solution to housing insecurity in general. It’s not the silver bullet that will solve housing insecurity for all of UCLA,” he said. “This is a short-term, practical, common-sense solution at a low cost that would solve that problem.”