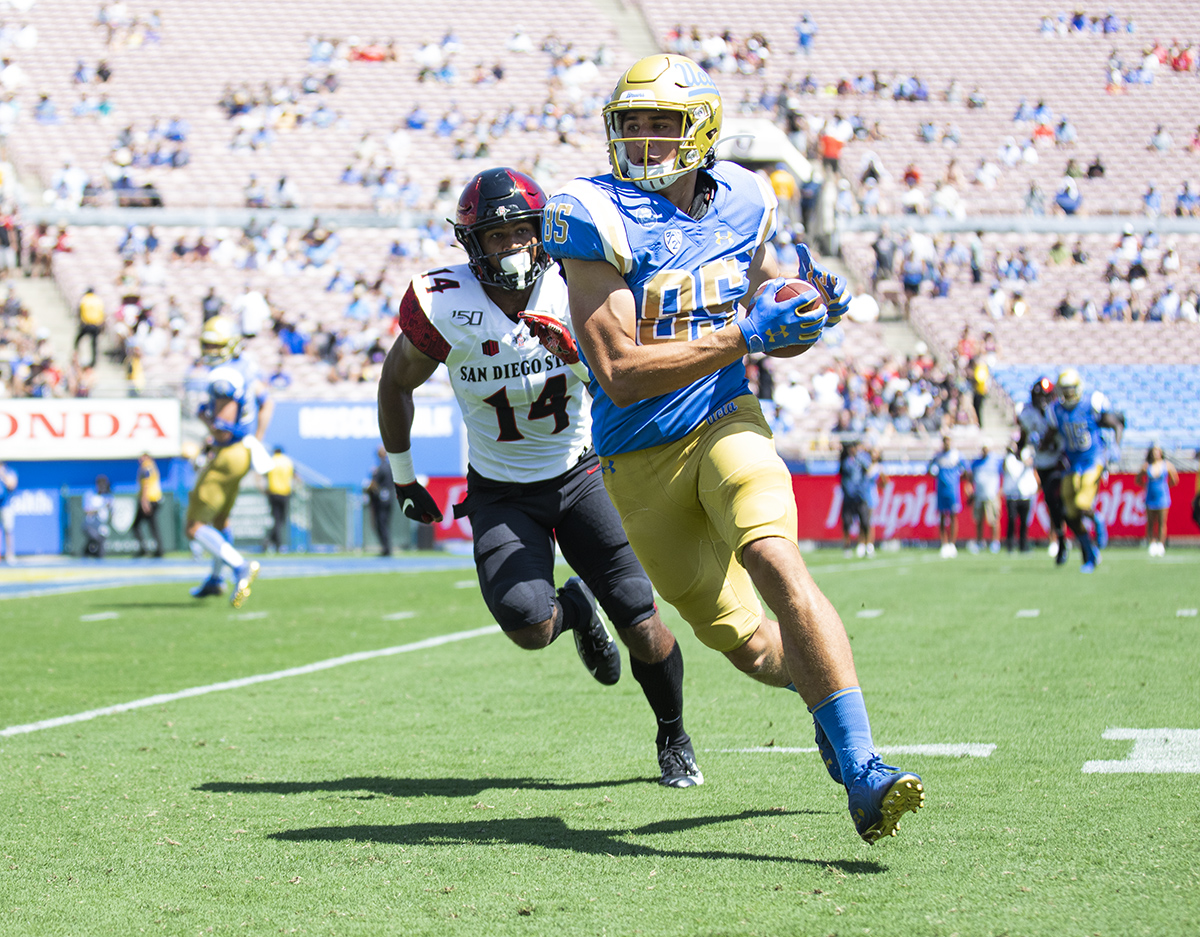 UCLA football finally has a schedule for its 2020 season, so Sports editor Jack Perez and senior staff writer Sam Connon will be taking a look at the Bruins’ outlook at each position. From award favorites to comeback stories, Daily Bruin Sports will analyze each position’s depth chart and make predictions for how their seasons could unfold. Next up – tight ends.

There might not have been one positional group that suffered heavier losses than the tight ends.

The Bruins will be without Devin Asiasi and Jordan Wilson, as the former was drafted by the New England Patriots and the latter transferred to Florida State. The two combined for 51 catches and 713 yards in 2019.

Even with the departures of two top options, junior quarterback Dorian Thompson-Robinson will still have some weapons in the tight end role. Redshirt sophomore Greg Dulcich should see his role expand, and sophomore Mike Martinez could see more targets after appearing in all 12 games last season.

Dulcich will be the main player to watch in the receiving department after he racked up eight catches for 105 yards and a touchdown a year ago. While Martinez was used more as a blocker – he only had three catches all of last year – it’s possible Thompson-Robinson looks to him more with his expanded role.

A potential wild card for the Bruins would be if redshirt junior Evidence Njoku is available to play this season after transferring from the University of Miami. The former Hurricane had just one catch in his time in the Sunshine State, but a fresh start in Westwood could reignite his career.

Coach Chip Kelly has successfully used multiple tight ends during his two seasons leading the Bruins, from Asiasi to Caleb Wilson, both of whom were drafted to the NFL.

However, with major departures, the next ones up will probably not see as many targets as their predecessors. Kelly will likely use two tight ends for most of his sets but send them fewer targets in the passing game.

Kelly has also never shied away from the run game, and although he lost Joshua Kelley in the backfield, the third-year coach will still use early-down opportunities to establish the run game. The tight ends will need to be solid at blocking if they’re going to be in on first and second downs.

Redshirt senior running back Demetric Felton changes things a bit though. As more of a receiving back who relies on speed rather than power, the tight end group will have to be more mobile to get off the line to block for Felton downfield.

Expect Kelly to lean on his tight ends to get the job done in the blocking game and short-yardage passes, but don’t be surprised if Dulcich comes far short of Asiasi and Caleb Wilson in receptions and yards.

With both redshirt sophomore wide receiver Kyle Philips and Felton – the two leaders in receptions and receiving yards last year – returning, the tight ends will see much less of the ball.

Kelly will put a lot more emphasis on their ability to block for Felton in the backfield and to help keep Thompson-Robinson on his feet. But someone needs to help make up for all the touches that Asiasi took with him to the NFL, and Dulcich and company can help alleviate that, especially in games against strong secondaries.

Predicting stats over a seven-game season is a tough task, but Dulcich will almost certainly get more than eight touches in 11 games as he did in 2019, and others will get a decent share of targets.

If Dulcich is the Bruins’ fourth or fifth-best receiver in 2020, then he should end up with around 20 receptions and around 250 yards, providing Thompson-Robinson a good outlet when he feels the pressure from the defense. 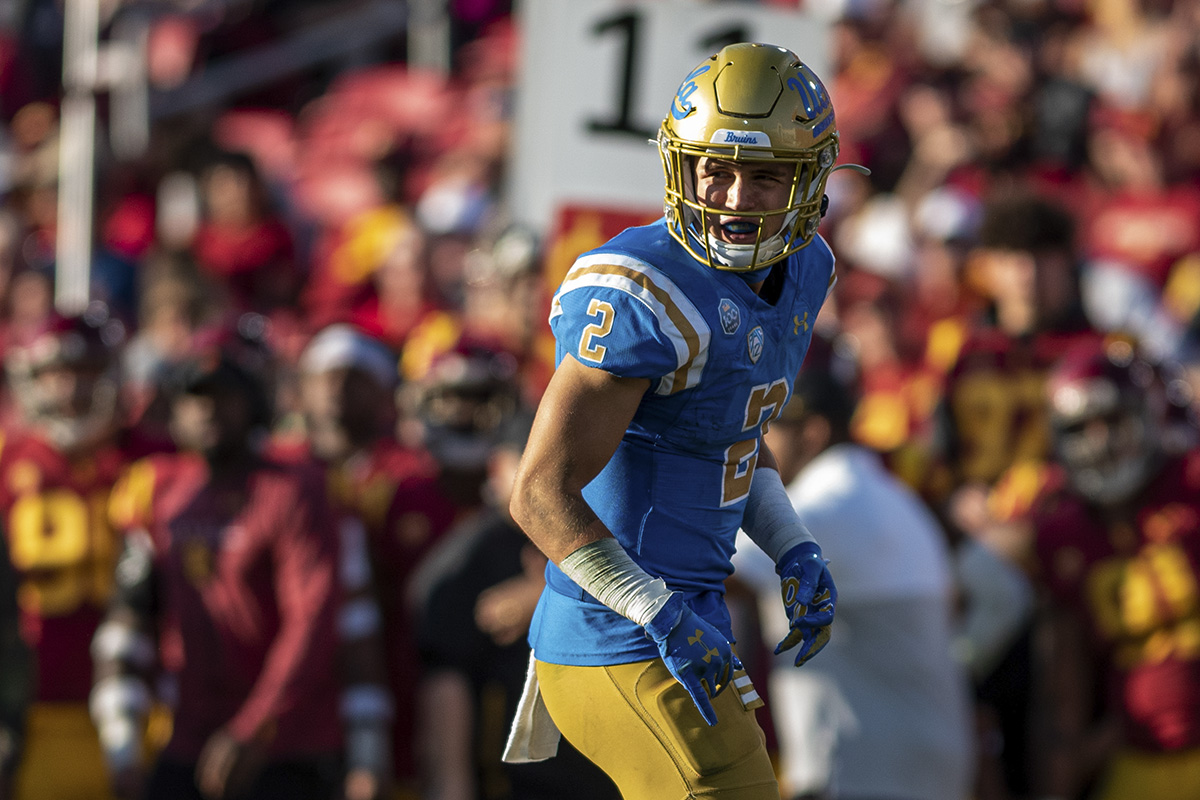 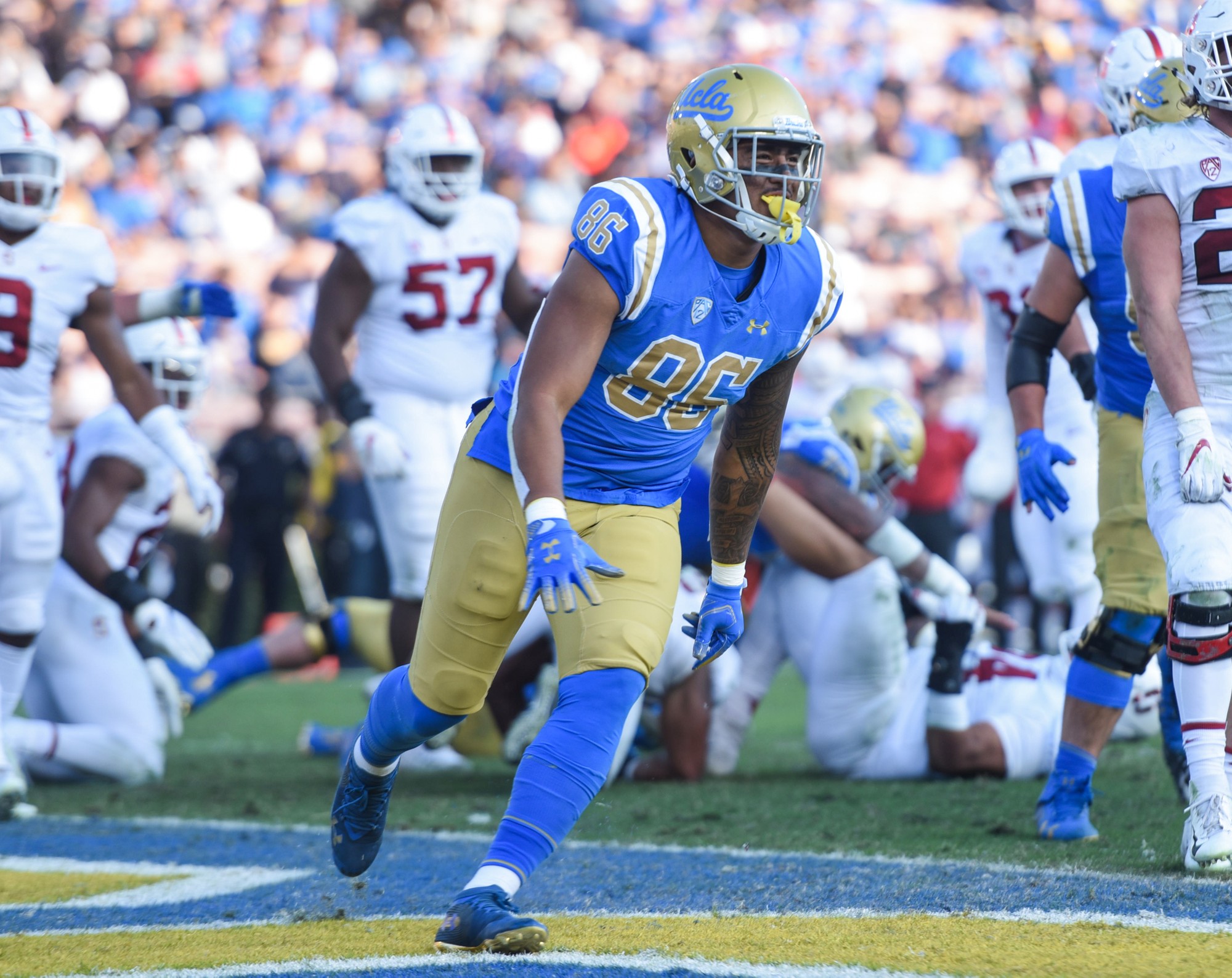 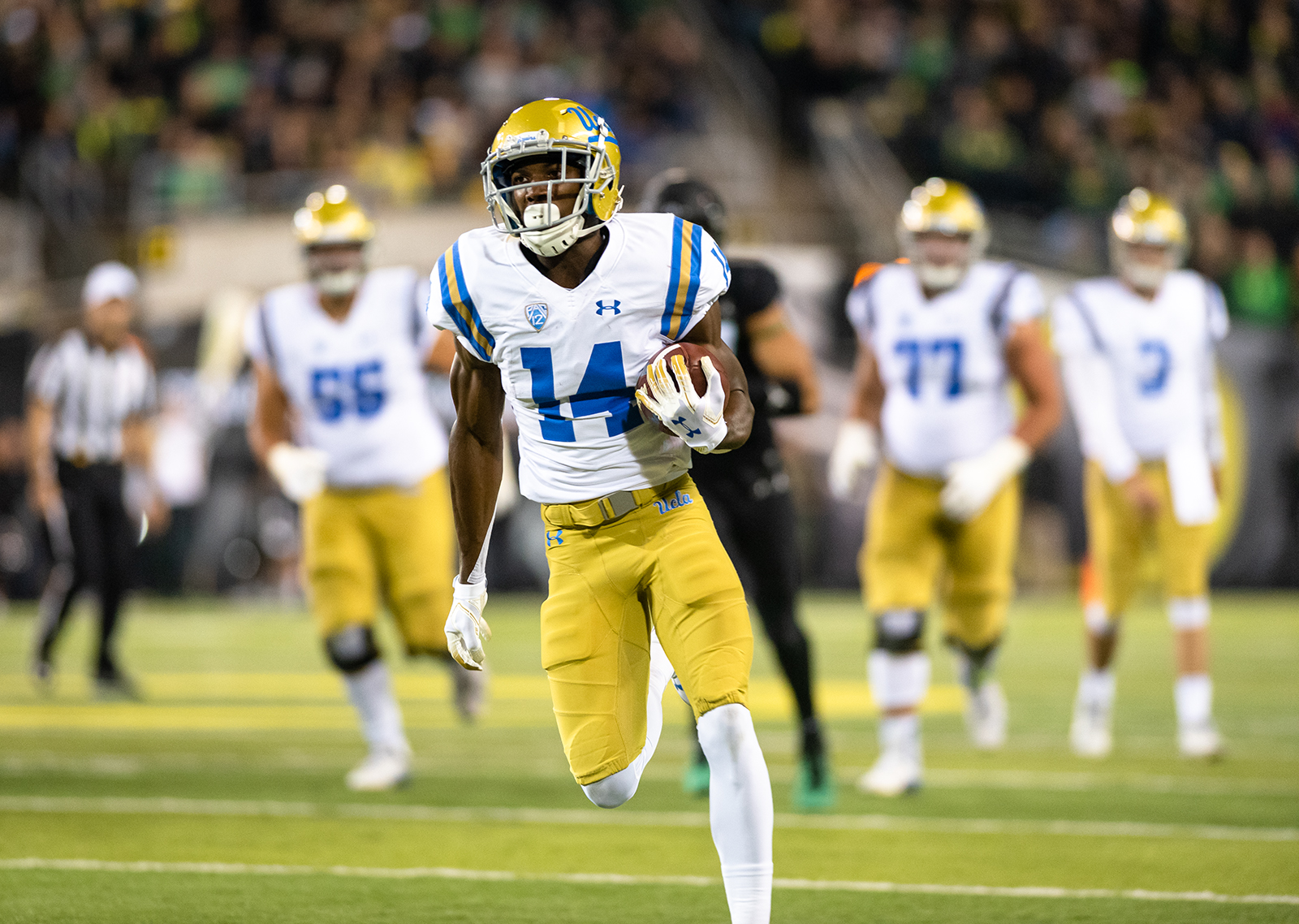 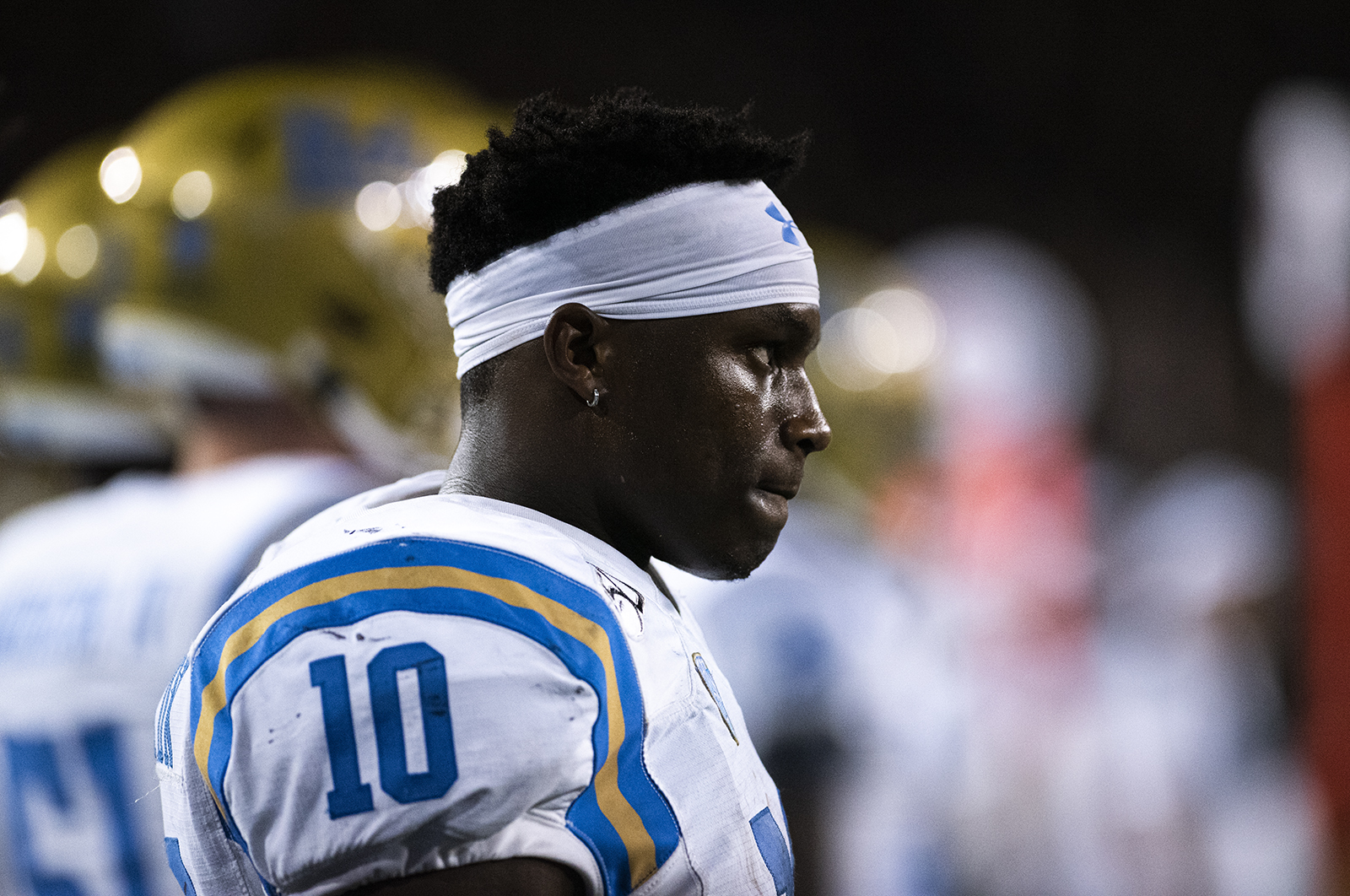